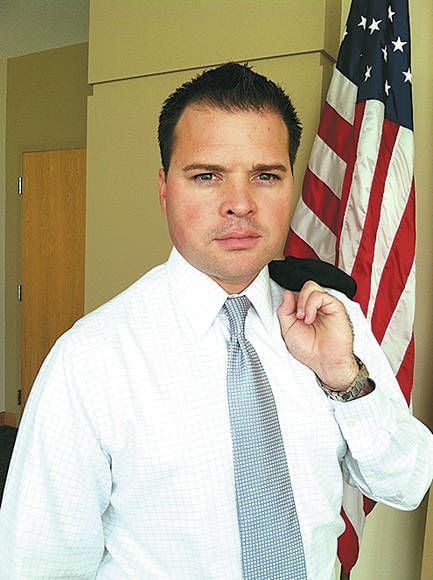 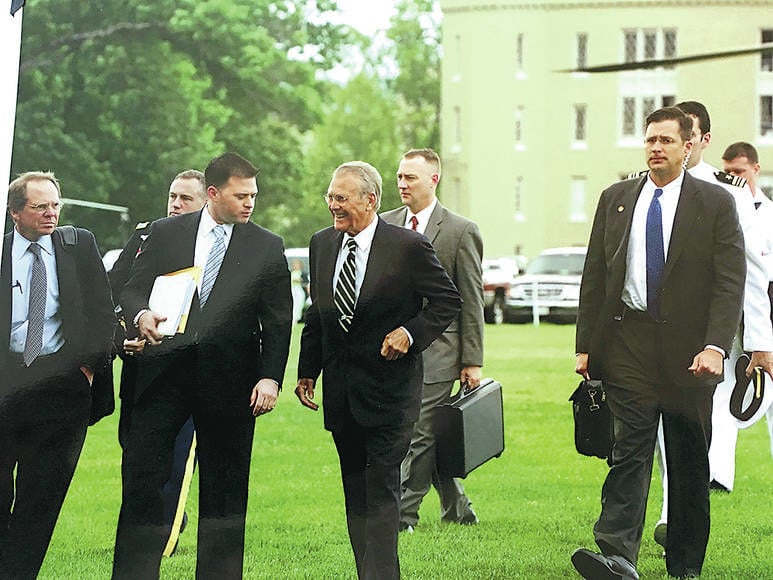 Hobbies: Golf, running, autonomous vehicles (drones), traveling internationally. I’ve hit 119 countries so far. My goal is to visit all 195 – or 196, if you count Taiwan as a country.

Tell us a little about you and your company:

I spent 10 years working at the Pentagon for the U.S. Department of Defense and traveled to 119 countries – some multiple times. This opportunity allowed me to establish relationships in the government, nonprofit and military/defense sectors worldwide. There are U.S. companies around the country, including in northeast Indiana, that are trying to market products and services overseas.

One of the capabilities BlackPoint Strategies offers its clients is to promote products and services that are either manufactured or provided in Indiana. On a global scale, we are willing to assist any U.S. company who manufactures a product or provides a service and promote such overseas. Eighty percent of our clients hire BPS to assist with international-business development. BPS is a full-service consulting firm offering a variety of other advisory services, which focus on strategic marketing, digital marketing and crisis communications. We also offer the regular branding, web development and services associated in that realm, but our core focus is really on business development and promoting strategic marketing.

Tell us about your career path:

In 1999, I was offered an opportunity to go to work for the mayor of Washington, D.C., focusing on a project centered around economic development. One of the mayor’s main goals was to take the lowest-income/highest-poverty quadrants in Washington and look for opportunities to promote business in that area. The mayor did not necessarily want to offer grants or financial resources, but career training and inter-city marketing that these companies may have otherwise not received.

I then accepted a position at the corporate headquarters of U.S. Airways in northern Virginia, in which I managed a number of corporate accounts, including the NFL. At that point President George W. Bush had won the election and I was offered a Presidential Appointment in the Department of Defense. I remained at the Pentagon for just shy of 10 years and served two Secretaries of Defense: Donald Rumsfeld and Robert Gates. I left the DoD in 2010.

I had always intended to come back to Indiana at some point. I was hired by Raytheon in Fort Wayne although I was still living in Washington, D.C. My children were small at the time and I knew Fort Wayne was a great place to raise a family. Being a single father, I brought my children to Fort Wayne and I’ve been here ever since. I remained with Raytheon just shy of two years and decided I wanted to go out on my own.

I was very fortunate because we had an opportunity that was offered to us when Mitch Daniels was governor. His administration had asked me to take on a national security project for the state of Indiana and so I did that and assisted with that project for almost five years, serving the state in that capacity. When that contract expired, I decided to go seek out some other opportunities and other clients.

What is it about the defense industry that has you intrigued?

I was never allowed to serve in the military due to the fact that I grew up with juvenile diabetes. However, I grew up in a military family and had two grandfathers who were WWII veterans, both Purple Heart recipients and proud American patriots. I was raised to respect our country and with an understanding that our national security apparatus is one of the reasons that we have enjoyed freedom as we know it.

So for me, the U.S. Department of Defense and the defense industrial base was just a natural fit. When the opportunity came to work for the DoD, I didn’t have to think twice. It was a great career choice. I had the privilege of spending a lot of time in the field with the men and women in uniform in all branches of the military. I also got to see from the executive level – how the DoD operates and how it interacts with the executive and legislative branches. And then, after departing, I was privileged to see how the state of Indiana interacts with the DoD, via the National Guard mostly but not in all cases.

What was it like working for the U.S. Department of Defense?

It was the best job I will ever have had. I was fortunate because I was personal aide to two secretaries. I started out in 2001 working directly for Donald Rumsfeld and that was a phenomenal experience. You’re talking about a gentleman who had at that point in time, had 50 years’ experience working within government and private industry. He had worked for six or seven presidents and was a professional inside and out.

Regardless of how you saw him during his news conferences, he was a wonderful individual to work for. I learned more in the six years that I worked for him than probably at any other point in my life. It was also a unique time in our country because we had a number of different engagements on different fronts. After 9/11, it was an unprecedented time for the United States. For the first time in modern history, we were attacked on our own soil.

Secretary Rumsfeld came into the Pentagon trying to do a number of different things, trying to recreate a department of defense that was leaner, more efficient and less expensive to run. And then 9/11 happened and it dramatically changed his focus. I will say, however, even while fighting two wars, he still maintained his focus of trying to leave the Department better than he found it. I traveled with Secretary Rumsfeld around the world while he worked on behalf of the president to create an allied-force that would combat terrorism on a global scale.

Is there anything else you want people to know about you or your company?

If you look back over time, there are so many highlights, starting in the late 1800s – of products that have either been manufactured, designed or invented relevant to northeast Indiana. One of the things BlackPoint Strategies attempts to do is reinvigorate that kind of an environment. When I graduated from college, I left Indiana because I had to. There were no job opportunities, at least for what my specialty and education was and, honestly, there was not much hope on the horizon. I’m now thinking about my children – I have a 15-year-old and a 16-year-old – I don’t want my children to have to leave Indiana. BlackPoint Strategies is trying to do our part to bring as much business – as much opportunity – back to Indiana, specifically northeast Indiana, as we possibly can.