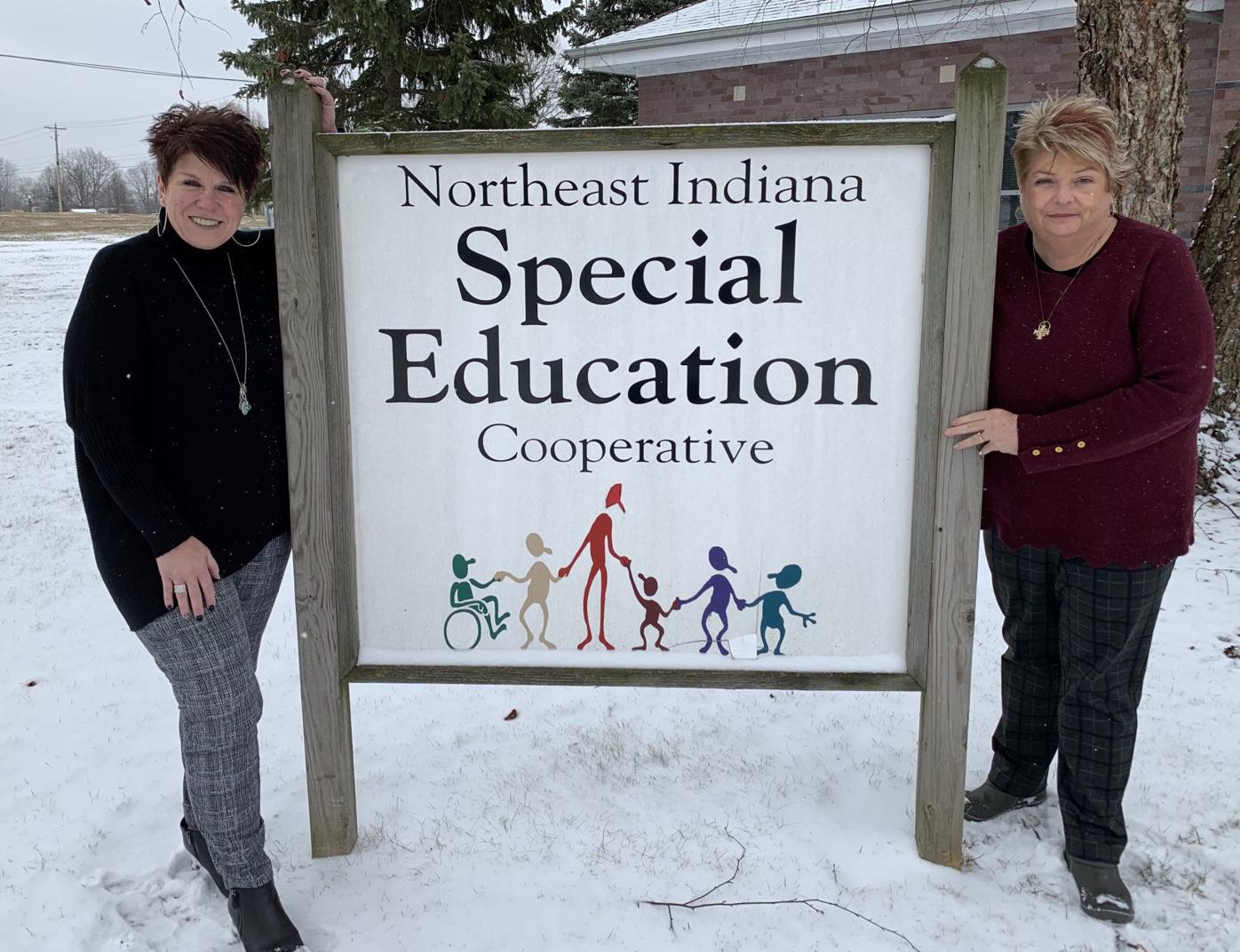 Wendy Lane-Ginder, left, will be the new executive director for the Northeast Indiana Special Education Cooperative as its begins its second 50 years in 2021. Mary Burton, right, is retiring after leader the cooperative since 2008. They gathered at the cooperative’s sign outside its headquarters on Dowling Street in Kendallville. 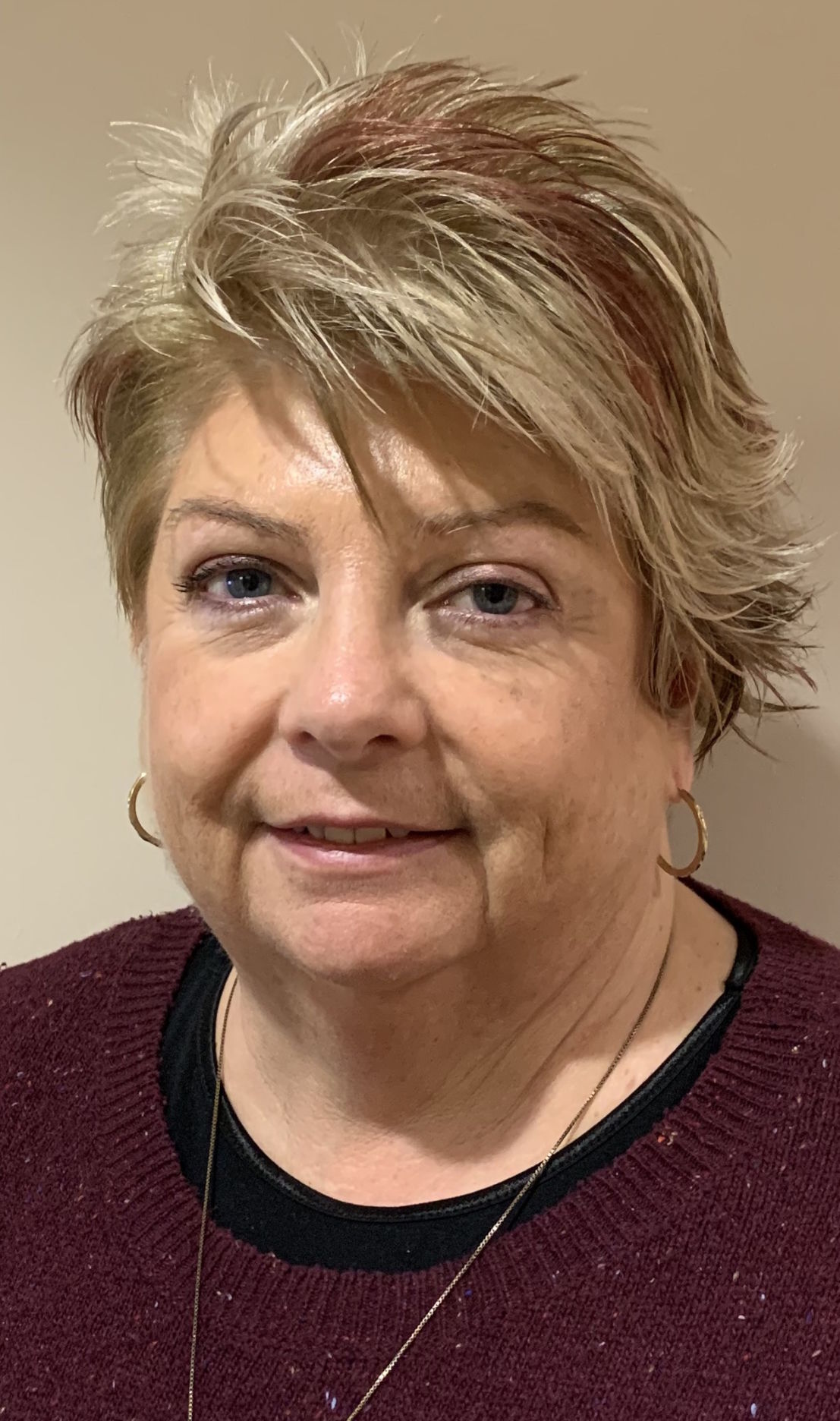 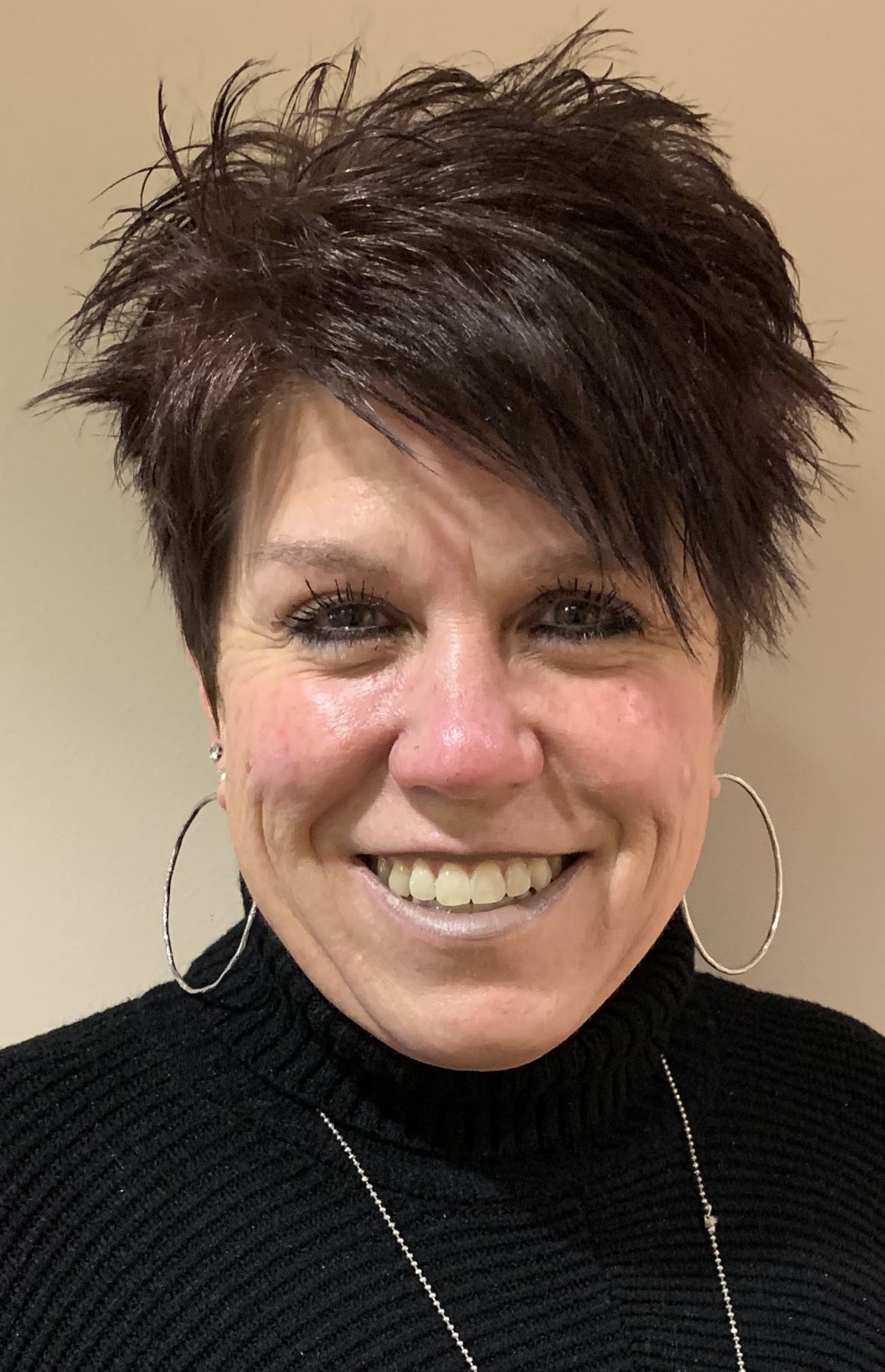 KENDALLVILLE — Indiana’s largest special education cooperative will have a new leader for its second half-century.

Wendy Lane-Ginder is becoming the new executive director for the Northeast Indiana Special Education Cooperative, replacing Mary Burton, who retired Dec. 18 after 12 years at the helm.

Burton served four years as the cooperative’s assistant director before taking the executive director’s post in 2008.

Lane-Ginder, a graduate of Eastside Junior-Senior High School in Butler, taught in the Metropolitan School District of Steuben County and then at Eastside before joining the cooperative as its DeKalb County director.

The cooperative serves 4,304 students in 13 school districts across DeKalb, LaGrange, Noble and Steuben counties from its headquarters on Dowling Street in Kendallville.

It’s not only the state’s largest and one of its first special education cooperatives. “I always say we are the best co-op in the state, and I believe I have data to prove that,” Burton said. “We have a lot of things that other people don’t have.”

A major factor in success, she said, is that the cooperative is guided by a council of superintendents who saw the need early and have continued to put students first.

“They realized that one small district could not provide the services” needed by students, Burton said about the superintendents of 50 years ago.

Among the cooperative’s rare offerings, Burton points to the Choice program for post-high-school students ages 18-22, based in Angola.

Students in Choice “learn to be an adult. … They learn to care for the house. …They all have jobs. They plan their day, their menus, what does the house need?” Burton said. “These kids are very well prepared when they leave. There isn’t anyone in the state who has that.”

The cooperative uses excellent reading and language curriculums, she added.

“We have students who were assumed that they would not be able to read, and they’re now reading at maybe a second-, even third-grade level,” Burton said.

The NEISEC employs specialists who are not on the staffs of other cooperatives, she said. They include an autism team in each county, plus a team to determine what type of assistive technology each student needs. The co-op’s students are benefiting from that advanced technology.

“We have kids who are nonverbal. This is giving them the voice that they need,” Burton said about technology. One student who has never spoken used an iPad to type “I love you, Mom,” as his first message. Another previously nonverbal boy used a voice program on his iPad to lead the Pledge of Allegiance for his school.

“I think parents have had their eyes opened to what their kids are capable of and how well they can do and how independent they can become,” Burton said.

Technology helps the cooperative adapt in creative ways to meet the challenges of remote learning posed by COVID-19, Burton said.

“I think we’ve led the way with that,” she said. “The teachers were pretty amazed at what their kids could do … and the parents were thrilled.”

With teachers unable to gather for training, the cooperative learned to conduct professional development virtually. That led to many advantages, such as a new video training library that can be used at a teacher’s convenience.

Even before the pandemic, the cooperative developed its Teacher Academy two years ago to combat burnout among new instructors.

“We had brand-new teachers starting and literally resigning mid-year, because of the stress,” Burton said. “It’s so stressful — so much paperwork, so much documentation, the kids have high needs.”

The Teacher Academy provided “wrap-around mentoring” before and during the school year. The result has been a 96% retention rate over the last two years.

Burton said she retires with pride in a record of hiring “phenomenal” staff members and setting high expectations for students.

“Even our most disabled students are leaving us with, I think, a great foundation and a great education for them to be able to be successful,” she said.

Burton credits the cooperative’s council of 13 superintendents, led by Jeffrey Stephens of the DeKalb Eastern district. She said that group makes her the envy of other co-op directors.

“The one question that dictates the decision-making is: What’s in the best interest of kids?” Burton said. “I am so fortunate to work with 13 superintendents who have been so supportive, and have allowed me to hire good people, make sure that we have excellent programming for our kids. … Our kids make tremendous progress because of that.”

The superintendents permitted Lane-Ginder to spend a full year of transition as she prepared to take over from Burton.

“I have some big shoes to fill. She has done an amazing job in mentoring me,” Lane-Ginder said about her predecessor.

“She has pushed us professionally to think outside of the box and let data control the decisions that we make. She allows us to take risks. I want to continue with that,” Lane-Ginder said.

“I want to continue to move us forward. … I don’t even think we understand the possibilities and the limits that we may have in the future,” Lane-Ginder added. “We just say: ‘What does a student need, and how can we get that to them?’”

Lane-Ginder said she follows a philosophy “that all kids can learn and there aren’t any boundaries to that learning, and all teachers can grow.”

“That’s what lifts my spirits. That’s what keeps me going, is when I know that students are learning and teachers are being supported in an environment that’s conducive to learning in a top-notch classroom.”

Attracting high-quality employees and nurturing them has been a key to the cooperative’s success, Lane-Ginder said.

“I want to continue with that reputation,” she said. “We want the message out there to be: ‘We want to work for the Northeast Indiana Special Education Cooperative.’”