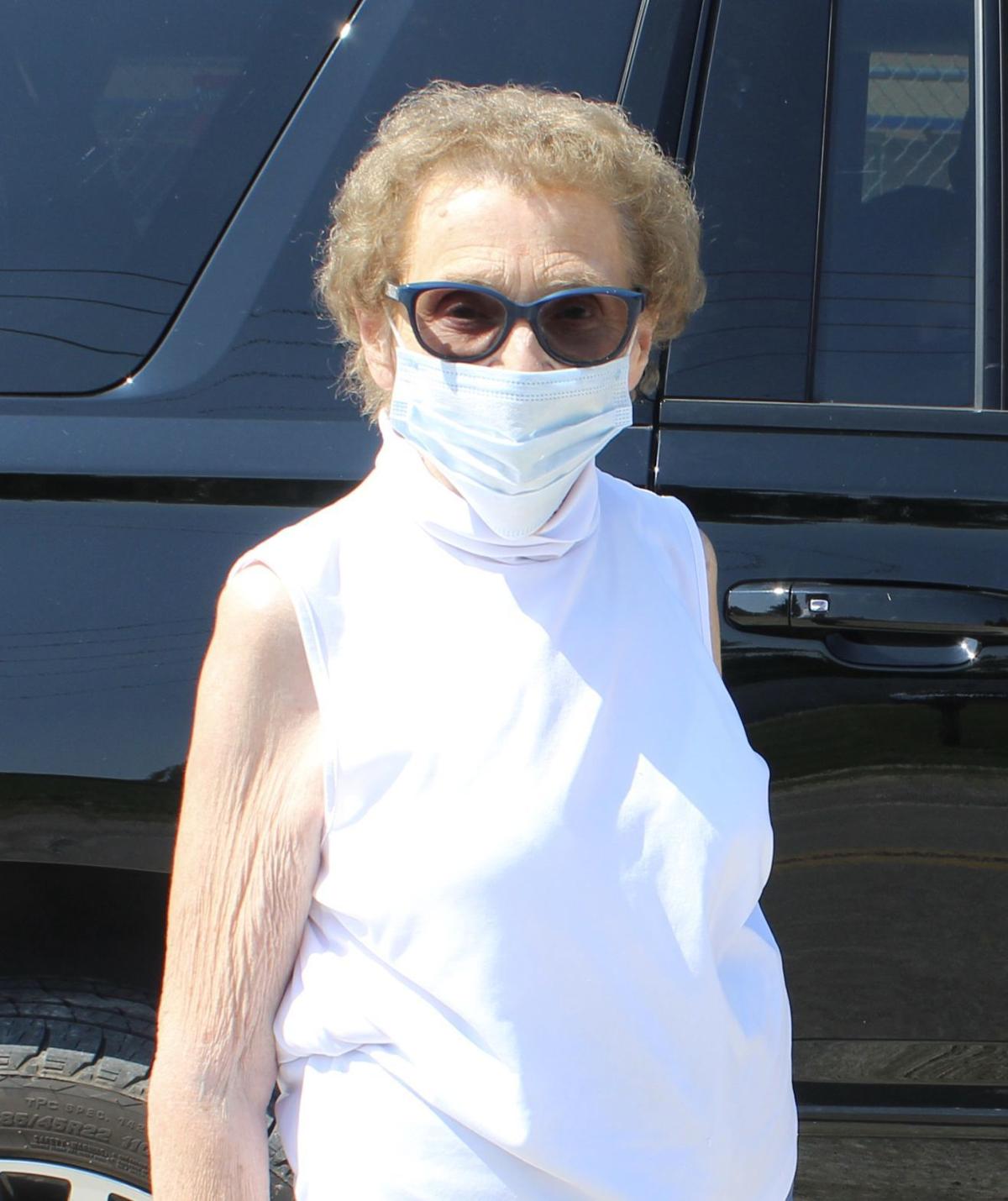 Harriett Stuff, 81, wore a mask to her retirement send-off from Silgan Plastics on June 30 because of the COVID-19 pandemic.

Messages greet Stuff as she rides by the Silgan Plastics plant.

Harriett Stuff, 81, wore a mask to her retirement send-off from Silgan Plastics on June 30 because of the COVID-19 pandemic.

Messages greet Stuff as she rides by the Silgan Plastics plant.

LIGONIER — On June 30, Harriett Stuff went to Silgan Plastics with a coworker to drop off her computer.

It was the last day of work for the 81-year-old after working 62 years at the company. A work computer let her work from home for the past couple of months, but now that she was retiring, it was time to return it.

What she saw when she pulled up, though, was a drive-by surprise retirement send-off.

“When we were almost there, I could see all the cars and people everywhere,” Stuff said. “I could see the balloons right away.”

Employees at Silgan Plastics, all masked and standing apart from each other, made signs congratulating Stuff on her retirement, and when she drove by, released their balloons into the air.

“With the virus, I would have never thought about something like that,” Stuff said.

Tim Butler, Silgan Plastics quality manager, said a drive-by celebration wasn’t exactly how he envisioned Stuff’s retirement send-off, but it was a way to recognize her safely amid the COVID-19 pandemic.

Stuff has a legacy at Silgan Plastics — for one, she’s the only person to ever have a room named after her. Her 60th work anniversary celebration made sure of that, dedicating the Gerber Street plant’s training room in her honor.

And, Human Resources Coordinator Edna Dixon said, Stuff has made a reputation as a caring figure for everyone at work.

“Harriet is the mother to everyone,” Dixon said.

Stuff, Dixon said, kept track of each employee’s birthdays and would be prepared with their favorite flavor of cake.

“She was the glue here,” Dixon said.

That legacy started in 1958, when Harriet was 21. Before then, she had graduated as salutatorian from Wawaka High School, her 1954 senior class made up of 14 students total.

She looked for a job she liked for a bit after graduating, eventually settling in at Plax Monsanto, now known as Silgan Plastics.

“It was just an opportunity to better myself,” Stuff said.

When she was first hired, Stuff made $2.57 per hour in her position of office clerk B.

Through the years, Stuff has worked in payroll, accounts payable and later customer service, the position she retired from.

By the time she retired, Stuff knew every part number and statistic on the plant’s 70-plus plastic bottles.

Some might recognize Stuff from her serving days at Charger House. For about 25 years, she waited tables at the Ligonier restaurant part time on the weekends.

In her retirement, Stuff plans on staying busy at home, and possibly helping her brother and nephew at Harry Stuff, the brewery they own that’s named after her grandpa.

Outside of work, though, Stuff plans on keeping busy at home, too.

Her cat, Annie, has kept her occupied throughout Stuff’s time working from home. The 5-year-old cat has found it fun to walk across Stuff’s keyboard and sometimes be “naughty” while Stuff takes phone calls, she said.

Tending to her flowers at her Topeka home will occupy her time, too, Stuff said, including her petunias and peonies by the driveway, transplants from her uncle’s plants in Illinois.

Stuff also attends the Ligonier United Methodist Church and has been a member of extension homemakers.