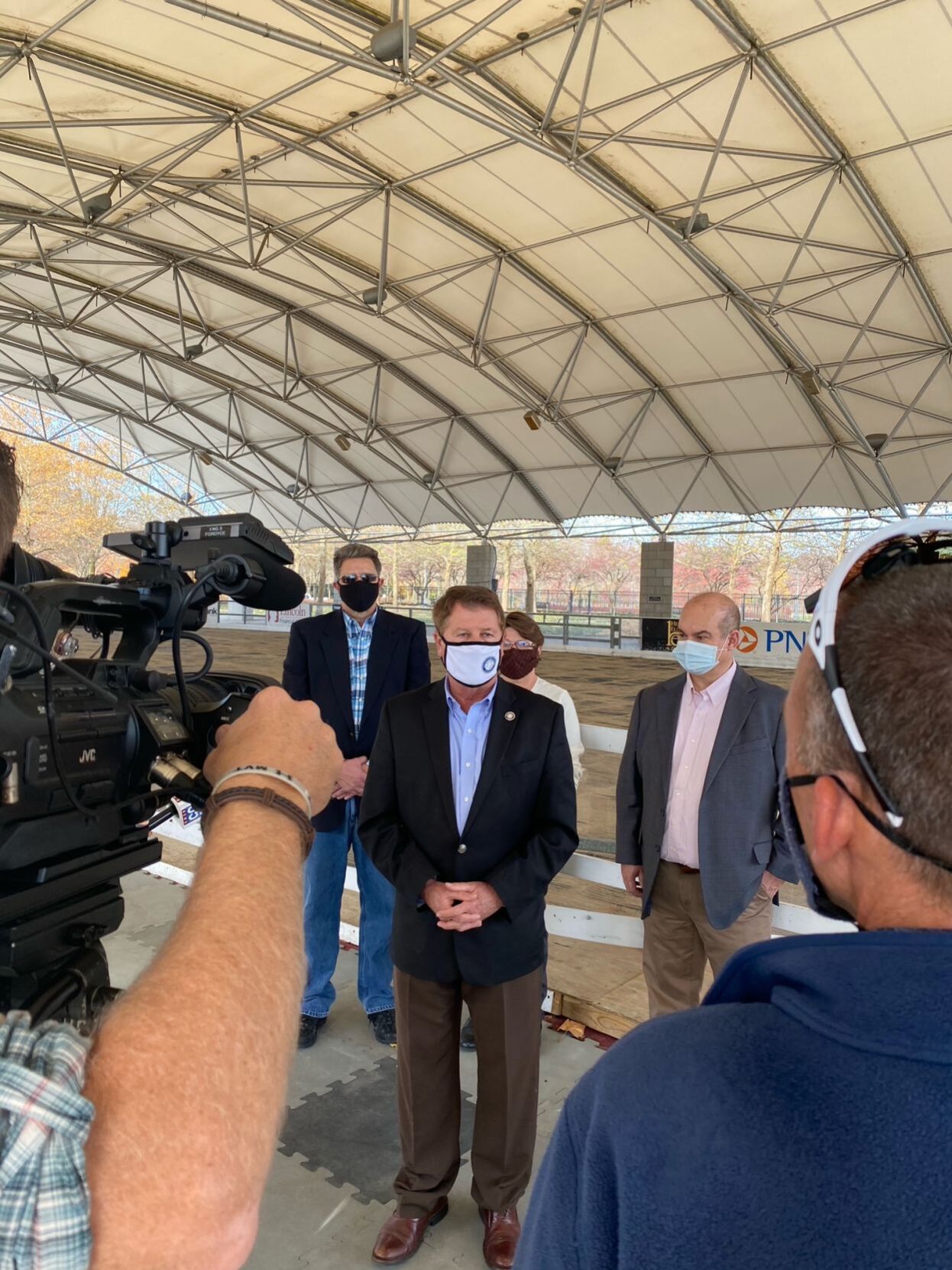 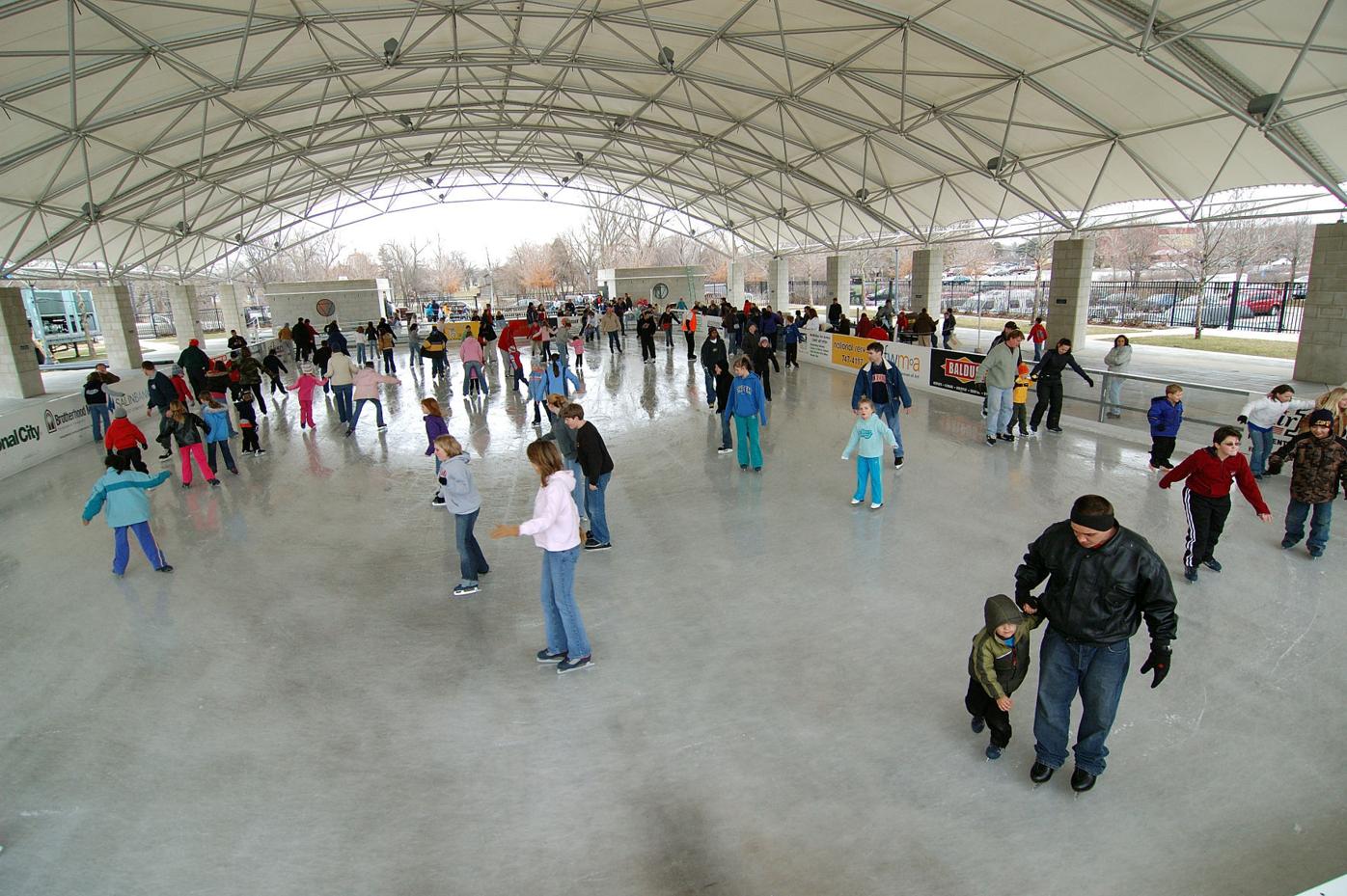 The usual crowd on a winter day at Headwaters ice rink. Last season, more than 35,000 skaters ventured onto the ice.

The usual crowd on a winter day at Headwaters ice rink. Last season, more than 35,000 skaters ventured onto the ice.

Under the balmy skies of a late Indian summer day, officials from the Downtown Improvement District outlined their plans to open the Headwaters Park Ice Rink for this winter.

“The Downtown Improvement District (DID) has stepped up to get us closer to opening this season,” Geoff Paddock, executive director of the Headwaters Park Alliance, told a crowd of about 30 city officials and media members gathered at Headwaters Park the morning of Nov. 9.

That day will mark the start of the rink’s 18th season of downtown ice skating, in what has become a holiday tradition. The rink usually opens for the season on the Saturday before Thanksgiving Day, which this year is Nov. 26.

“Headwaters Park is one of those Fort Wayne jewels,” said Michael Galbraith, DID president, “and we just wanted to thank the DID for helping us make sure that COVID didn’t break the back of the Headwaters rink.”

But COVID precautions will make this season look much different, according to Paddock, as DID enacts protocols from the Allen County Department of Health to keep skaters and onlookers safe from the coronavirus.

Among the new precautions planned for the rink, located at 333 S. Clinton St.:

Paddock said rink officials will monitor the number of skaters on the ice at any given time, and only allow enough on to keep the rink below capacity. Additional skaters will have to wait to get on the ice, he said, and could hang out in the rink’s concession stand — Mr. G’s at the Rink — while the crowd thins.

Paddock noted that earlier this year, the DID was considering just canceling this year’s skating season, like so many other events that have been lost this year because of the COVID-19 pandemic.

“We thought a long time about not going forward,” Paddock said, “but we finally decided to try to put a plan together — with the approval of the board of health.”

In addition, Paddock noted, the DID is hoping for some cooler, more autumn-like weather in the coming days to aid in ice production. Temperatures lately have been hovering in the high 60s and lower 70s, not exactly conducive to making sheets of ice for the rink.

“There is a lot involved, and we need some colder weather so we can make some ice,” Paddock joked as he glanced back at the bone-dry rink where he hopes ice soon will coat the surface.

Paddock said DID officials hope that keeping the Headwaters rink open makes the tough year that was 2020 just a little better.

“A lot of individuals out there were really hoping for some type of activity this winter,” Paddock said. “This is one of Fort Wayne’s most popular attractions.”

Galbraith, the DID president, agreed.

“We are pleased to be able to sponsor this season, which does so much to bring families and friends together downtown in a safe environment,” he said. “This is really a tough year for downtown events and supporting a great tradition like the Headwaters Park Ice Rink makes 2020 a little brighter.”