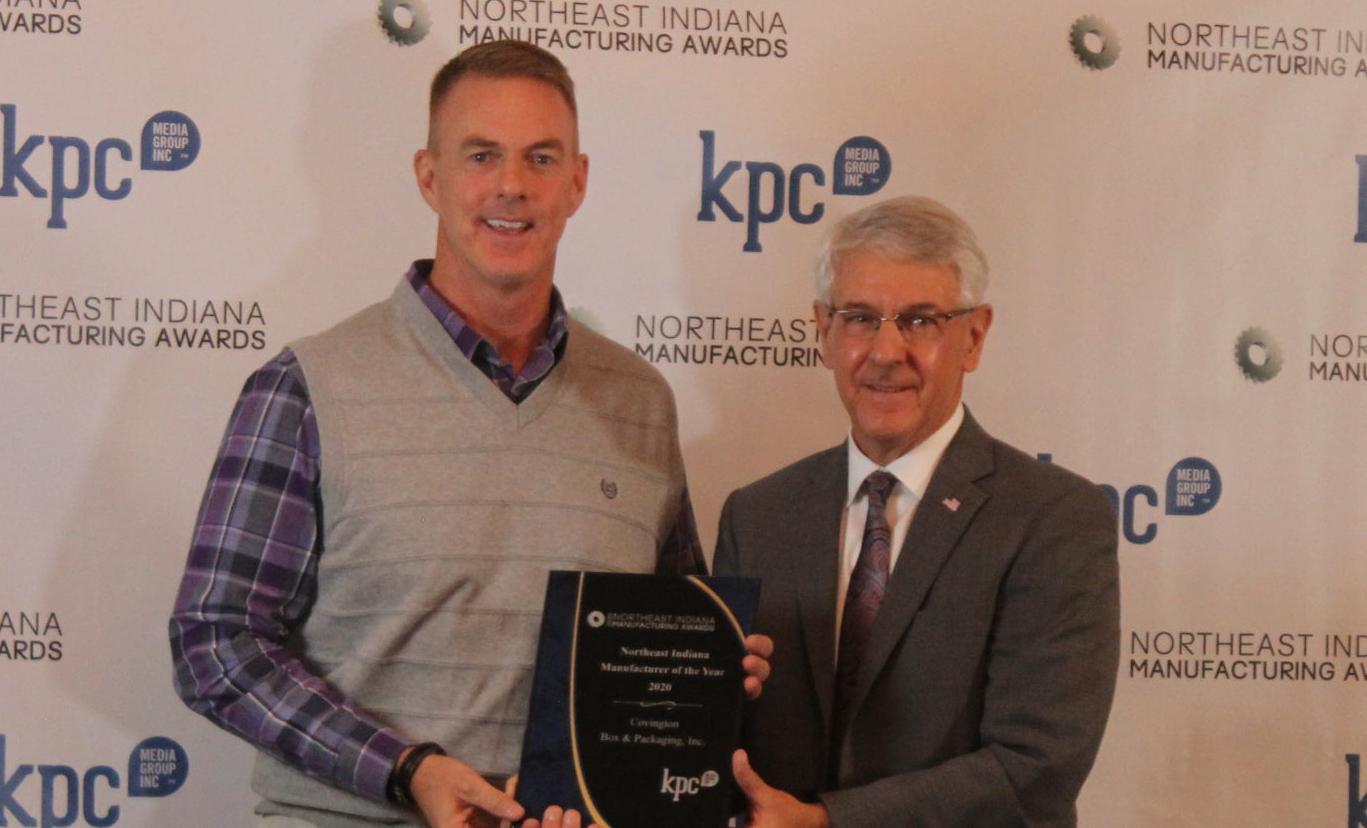 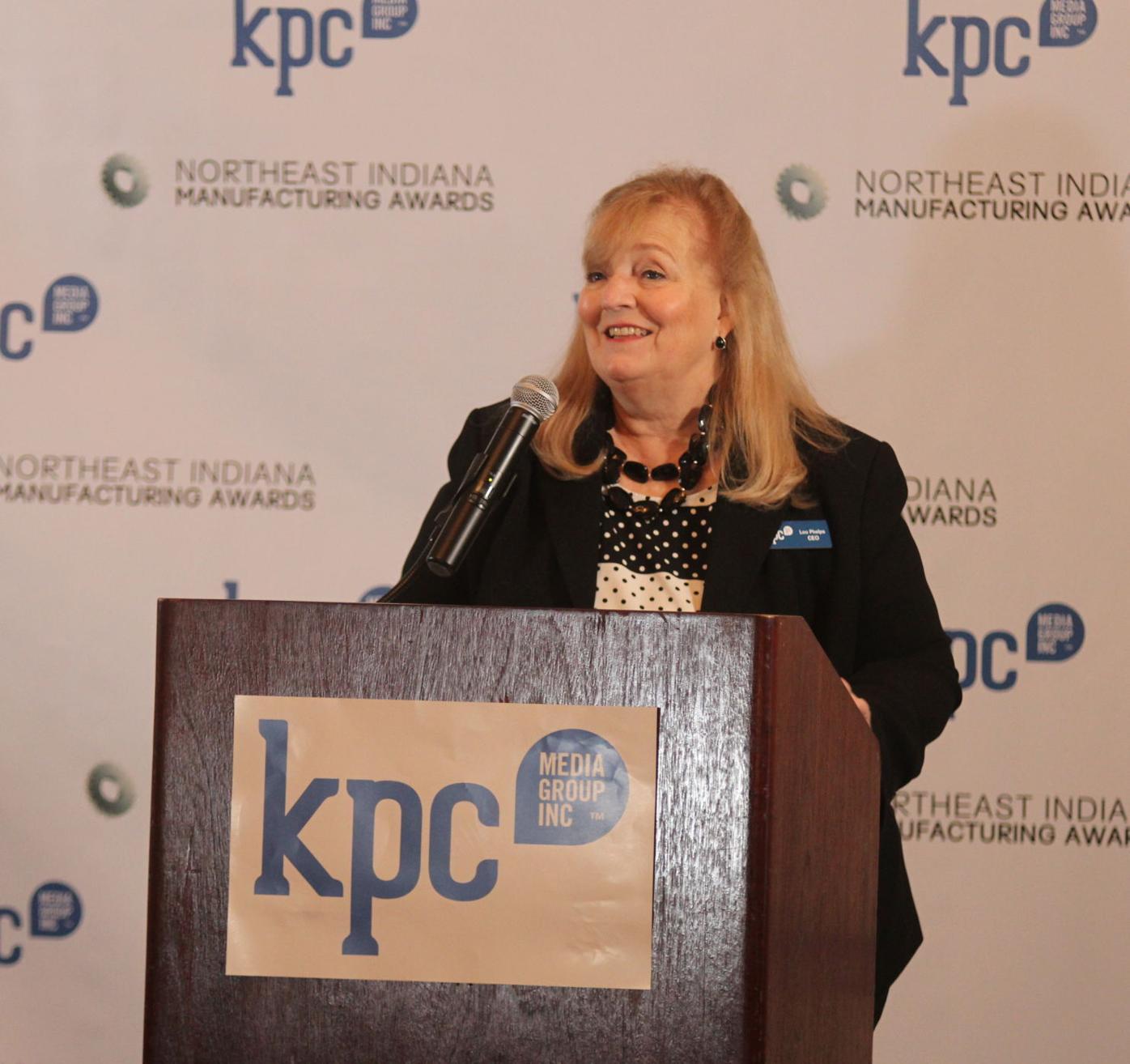 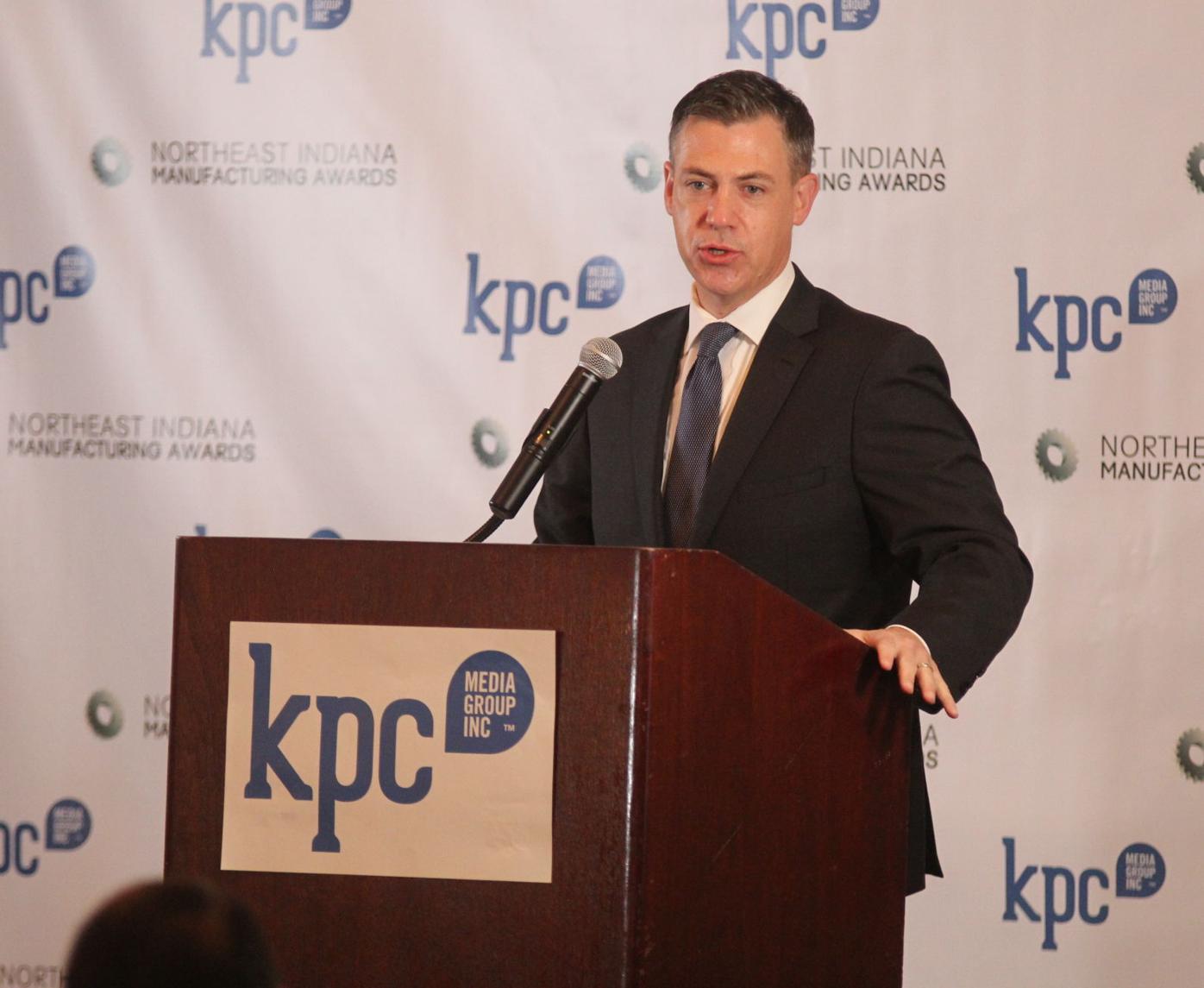 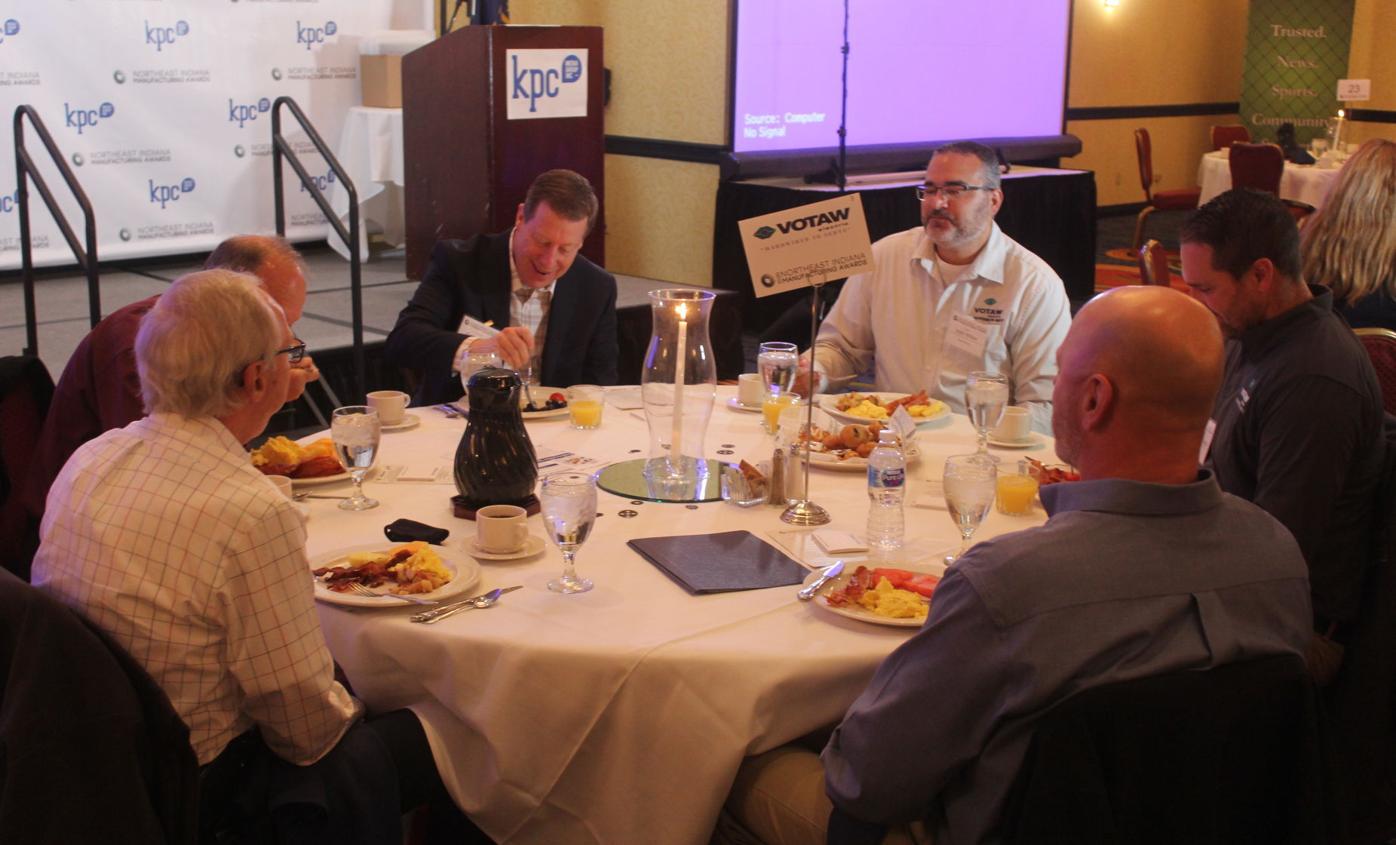 The awards, presented during a breakfast event at the Ramada Plaza by Wyndham Fort Wayne Hotel & Conference Center and sponsored by Votaw Electric, celebrated the importance of manufacturing not only to the region, but the country at large.

Winners and semifinalist were nominated and voted for by the readers of KPC Media’s 13 daily and weekly newspapers in Northeast Indiana, which includes Greater Fort Wayne Business Weekly.

Awards were presented for:

In terms of manufacturing’s contributions to its communities, he said, “I’m reminded of the mantra for Fort Wayne Metals, which makes a larger percentage of the global supply of surgical wires; their saying is ‘We are saving lives.’ That’s what they do every day. I would argue, whether you’re making paper straws, cardboard boxes, medical devices, command and control systems ... we’re not just making stuff. We’re making stuff that makes this world work.”

“If you don’t know these companies, they are exciting companies. ... Some of these companies have only 10, 12, 15, 25 employees, but they are doing creative and exciting things, expanding,” Phelps said.

• Custom Bottling & Packaging, Inc., a minority-owned business that makes 1-ounce to 1-gallon containers with speeds up to 120 bottles per minute in Ashley

• RP Wakefield, which makes hardwood, plywood, MDF and particle board components in Waterloo

U.S. Rep. Jim Banks, R-3rd, addressed the group. “As the son of a factory worker, I’m proud that there’s no place in the country where industry is more important than right here in Northeast Indiana.”

Of the 445 U.S. congressional districts, Indiana’s 3rd district is No. 1 in terms of manufacturing share of total district employment, he said.

With one week left to go before the Nov. 3 elections that has a contentious presidential race and in which Banks is facing Democratic challenger Chip Coldiron, Banks said that nearly 500,000 U.S. manufacturing jobs were added in the last four years before the COVID-19 pandemic. “The economic policies in rolling back regulations contributed substantially to it.”

Last year manufacturing represented over 27% of Indiana’s gross domestic product and employed more than 17% of the state’s workforce, Banks said.

Banks listed businesses that made changes to their production lines this year to manufacturing items needed because of COVID-19. Among them was Tenneco, based in Lake Forest, Illinois, which has plants in Elkhart and Ligonier. “Tenneco stepped up and produced within a matter of days headlight wire harnesses to power fans for ventilators,” Banks said. Defense and aerospace company BAE Systems in Fort Wayne made face shields while Three Rivers Distilling Co. turned from making alcohol to drink to creating hand sanitizer.

“Optimism among Indiana’s manufacturers is as strong as ever,” Banks said.

Bill Konyha, president and CEO of the Regional Chamber of Northeast Indiana, discussed the three major issues that the chamber will work on in the upcoming legislature: early childhood education, broadband and U.S. 33.

Early childhood education “we find is growing in importance,” he said.

The chamber has supported regional connectivity, formerly referred to as rural broadband. “Many of our children and grandchildren were unable to complete their education last year in a normal fashion because of the virus,” Konyha said. “Many of those did not have access to broadband in the kind of speeds that would enable them to do their work at home. They had to find hotspots someplace. And (for) a lot of our rural kids, that’s not an easy thing to do.”

The virus also brought to light the need for higher internet speeds for telecommuting. Konyha lives in Wabash, which got high-speed internet in 2007, allowing him to sit in his basement at home and work. “Many businesses can not utilize telework as we need to work in this environment and for the future. Telehealth is another big problem particularly in the rural areas. It is nearly impossible to deliver telehealth services when you don’t have high-speed internet.”

The chamber wants to see Gov. Eric Holcomb use some of the over $1 billion from the $2 billion in Coronavirus Aid, Relief, and Economic Security Act money that the state received.

“We have asked repeatedly to partner with us and seven REMCs within our region to provide us with 25% of the estimated cost, or about $135 million,” he said. The money would be used by the regional development authority from the Indiana Regional Cities Initiative, which was designed to attract residents and increase the state’s skilled workforce. “We would wire the entire region within three years.”

The chamber’s No. 1 issue, needed by manufacturers in the region, is the conversion of U.S. 33 from a free-flowing highway to a freeway. The chamber doesn’t want to add money to the budget. Instead, it wants $20 million for an environmental impact study to come from Indiana Department of Transportation’s long-range plans that would come from the $38 billion 5-year state highway improvement plan, of which the Fort Wayne District’s 14 counties and parts of three other counties are only getting $29 million, or 0.7%.

The chamber will discuss its new issues when it has a legislative preview luncheon with Greater Fort Wayne Inc. the first week of December.