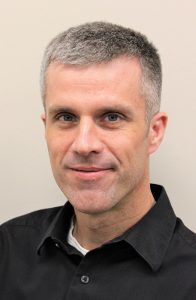 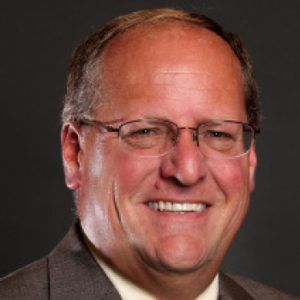 “We no longer consider ourselves an electric cooperative. We are now an electric and communications cooperative,” Leu, CEO of LaGrange County REMC, said.

That’s the new reality of two electric cooperatives that had humble beginnings of simply working to string wire to rural LaGrange and Steuben counties so those who lived in the country — mainly farmers — had electricity.

Both REMCs are starting to work on providing fiber optics to their members so broadband connectivity becomes a reality out in areas that, much like electricity during the Great Depression, was dark.

“We hope to be able to roll out (internet) services to our members within the iMAN footprint by next spring,” said Kevin Keiser, CEO of Steuben County REMC.

LaGrange REMC received a $5 million grant from the county that the utility will roll together with $15 million its finances to construct a brand new fiber-optic network in and around rural LaGrange County.

Both are working with consultants to get their projects going. Come January, look for the projects to get rolling along at full steam.

“We are finalizing the bill of sale for the iMAN acquisition and we are working with our subcontractor, Conexon, on the engineering and planning of the fiber to the home network,” Keiser said. “We have hired a director of broadband operations who will begin working for Steuben County REMC on January 4.”

“We have completed preliminary design and cost estimates. We have consultants engaged to complete the final design and assist us with bidding out the construction work to contractors. We hope to have this part of the process completed over the next four to six months and then get started on building the network,” Leu said.

As the two REMCs move along, they plan on working together, when possible, to make sure their respective projects go as smooth as possible.

“Kevin and I are actively discussing how we might share resources to be more efficient and not have us both trying to re-invent the wheel,” Leu said.

“Yes, we hope to work together with LaGrange and other electric cooperatives in the region. This cooperation could take on a number of different shapes as each network grows and evolves and could include ISP services, call center and administrative service and even cover operational issues,” Keiser said.

Both REMCs will not only serve as providers of the broadband infrastructure, but they will be serving as internet service providers. Keiser noted that existing customers who are served by the three companies now providing internet service will probably be allowed to continue. Steuben County Fiber Network only served as the fiber provider, the broadband infrastructure.

Both plan on offering competitive rates.

“We essentially are starting from scratch. Fortunately, this trail has been blazed by a multitude of other REMCs across the country who have already bootstrapped a broadband company, so there are plenty of resources for us to draw from. I’m confident we can make this a success,” Leu said.

Leu cited a Purdue University study suggesting that such a network will result in an economic payback of nearly $100 million.

Both REMCs have gone into their projects with boards that are not kicking and screaming about moving beyond their original mission of providing electricity, but that are insisting they move boldly forward with this technology. Both were on similar paths.

“The Steuben County REMC Board has spent over two years looking at how we could play a role in bridging the gap between broadband service in northeast Indiana and the more populated areas of our country like Fort Wayne and Indianapolis,” Keiser said. “Obviously, a project of this size and scope clearly has risks and those are concerns, but in the end, our board felt that the risk of doing nothing is a greater concern because our region would only fall further and further behind the rest of the world. Having a long-term, viable broadband option that can span generations is, in our opinion, the best way to ensure that our members’ quality life will be equal to our big city neighbors and that our region will be able to compete economically.”

“The board directed me to begin researching the possibility of offering broadband to our members two years ago,” Leu said. “We spent a lot of time researching the financial, technical and marketing aspects of this project. The research revealed to us that it was a service our members highly desired and we got the grant assistance that made it financially feasible. So I guess it was difficult in the sense that it we spent a lot time and effort on the research. Once that effort was expended, the decision wasn’t all that difficult because we had all the data to support our conclusion.”

Both will be working initially on deploying fiber on their existing utility pole networks. Where the service is first offered has not been determined.

Both Leu and Keiser said there will possibly come a time when they expand their reach beyond their existing member base to provide fiber and high speed internet to customers outside their service areas, much like the existing internet service providers.

“We will connect non-members who are in the footprint of our network at the same time we connect members in the initial phase,” Leu said. “We hope to build beyond that to other non-member areas in the next phase of our project, but that timeline will depend on how successful we are in this initial phase.”

Said Keiser: “The board has not yet addressed this issue. I would anticipate this being a point of interest down the road once the (fiber to the home) network becomes more developed.”