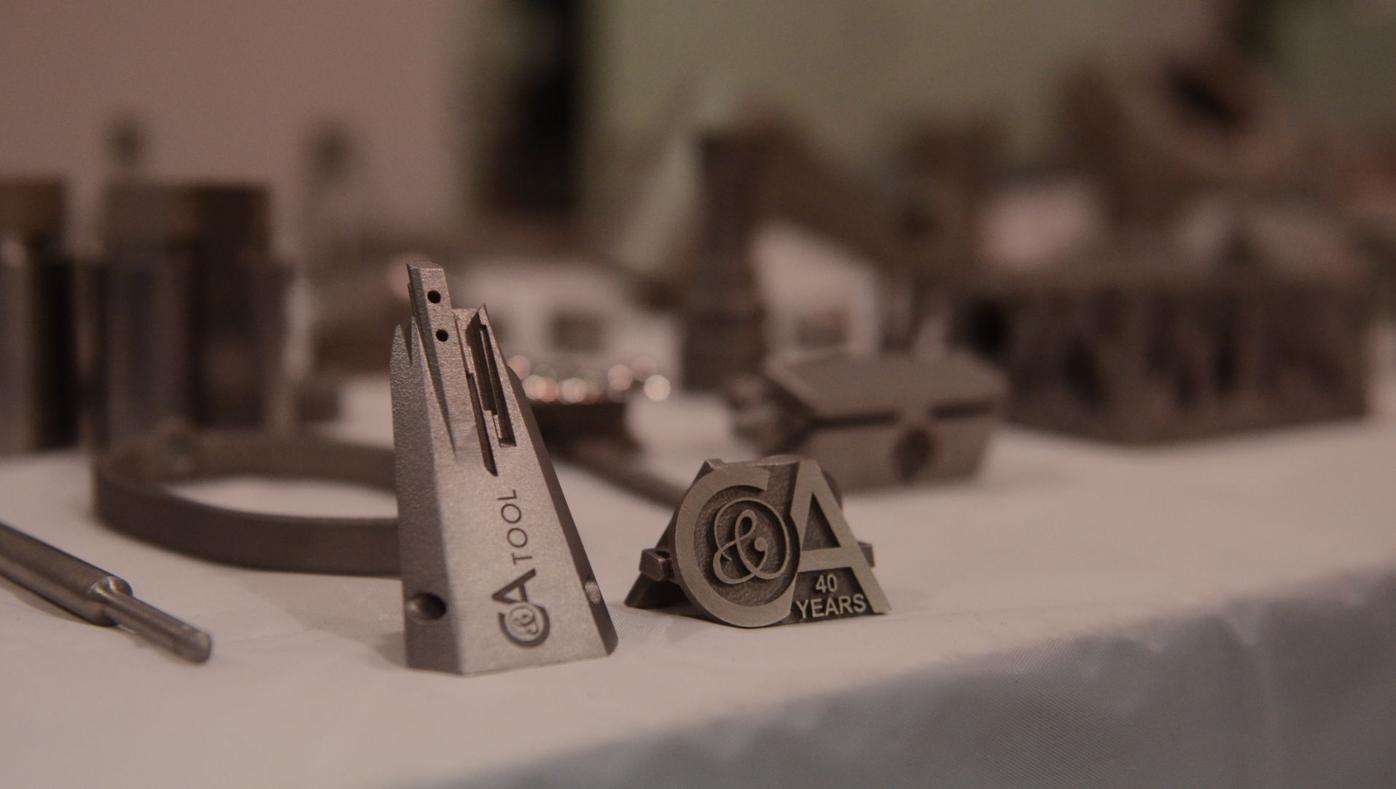 C&A Tool in Churubusco is an international leader in medical, aerospace and industrial manufacturing. 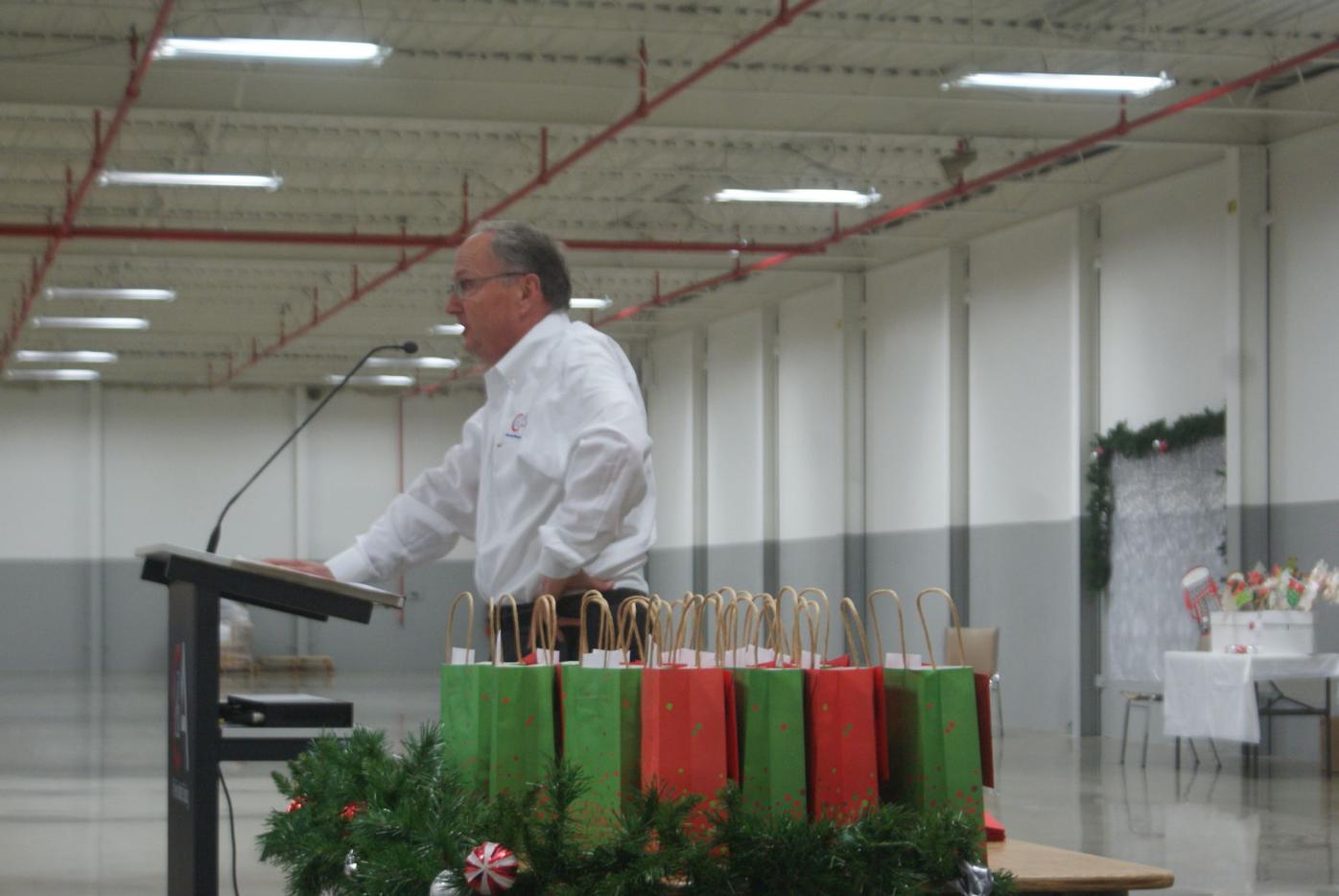 President of C&A Tool, Rob Marr, had a positive tone during his “State of the State” speech in 2018, shortly after the company was sold to New Hampshire Ball Bearing. 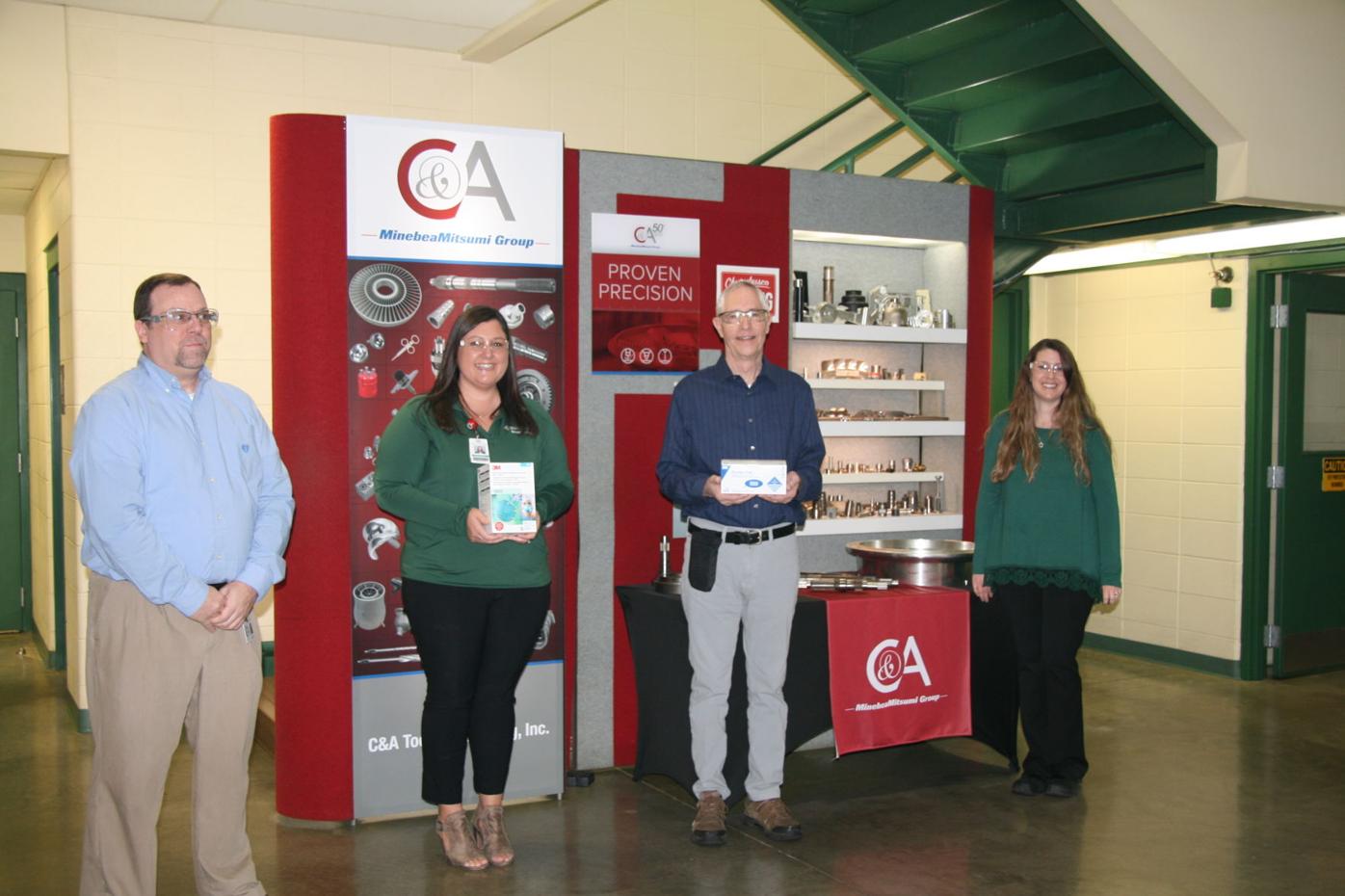 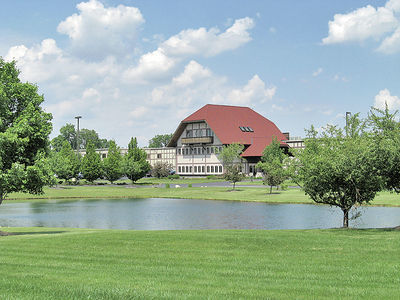 C&A Tool has more than 750,000 square feet of manufacturing space spread between two facilities in Churubusco and one in Auburn. 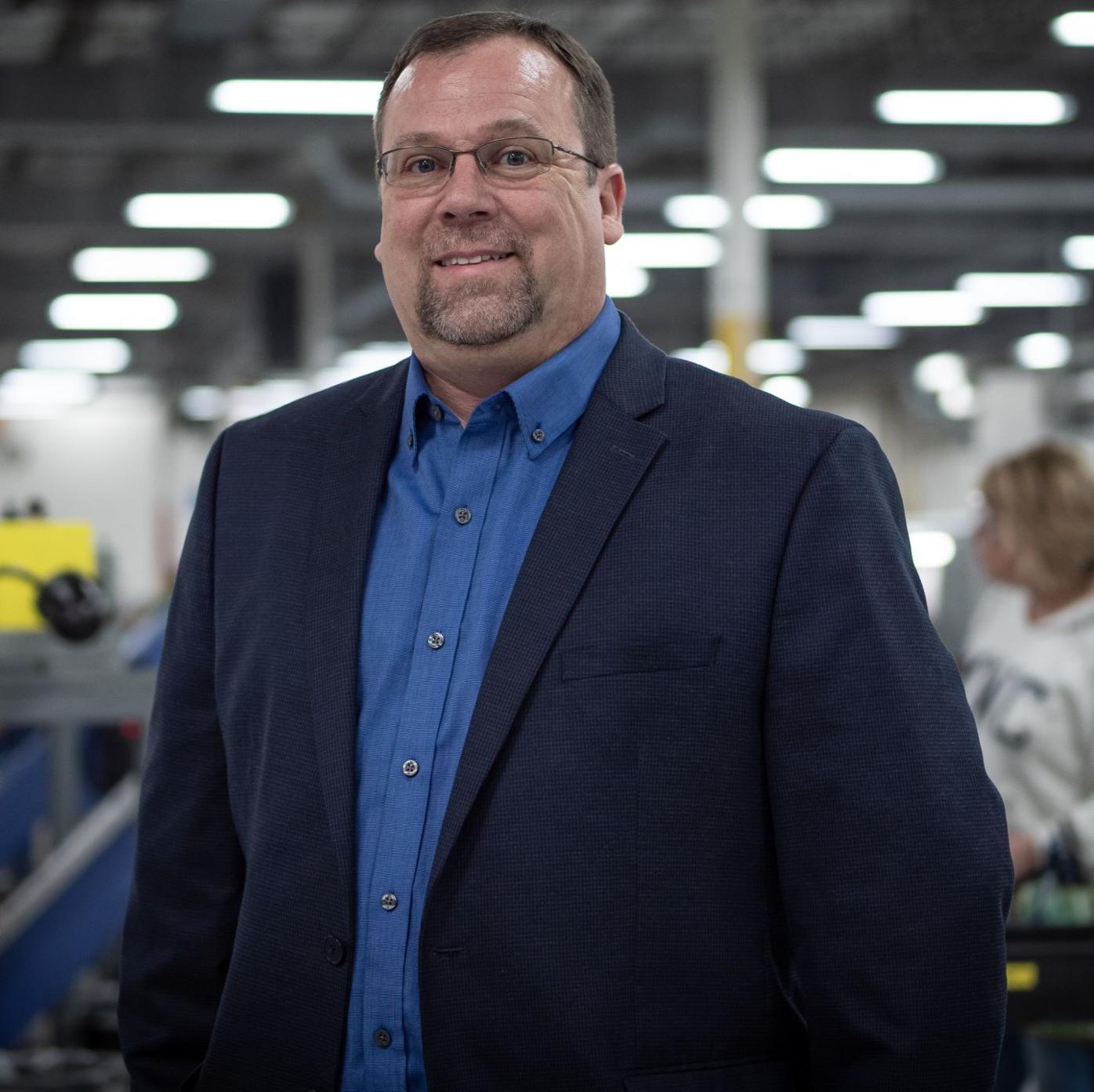 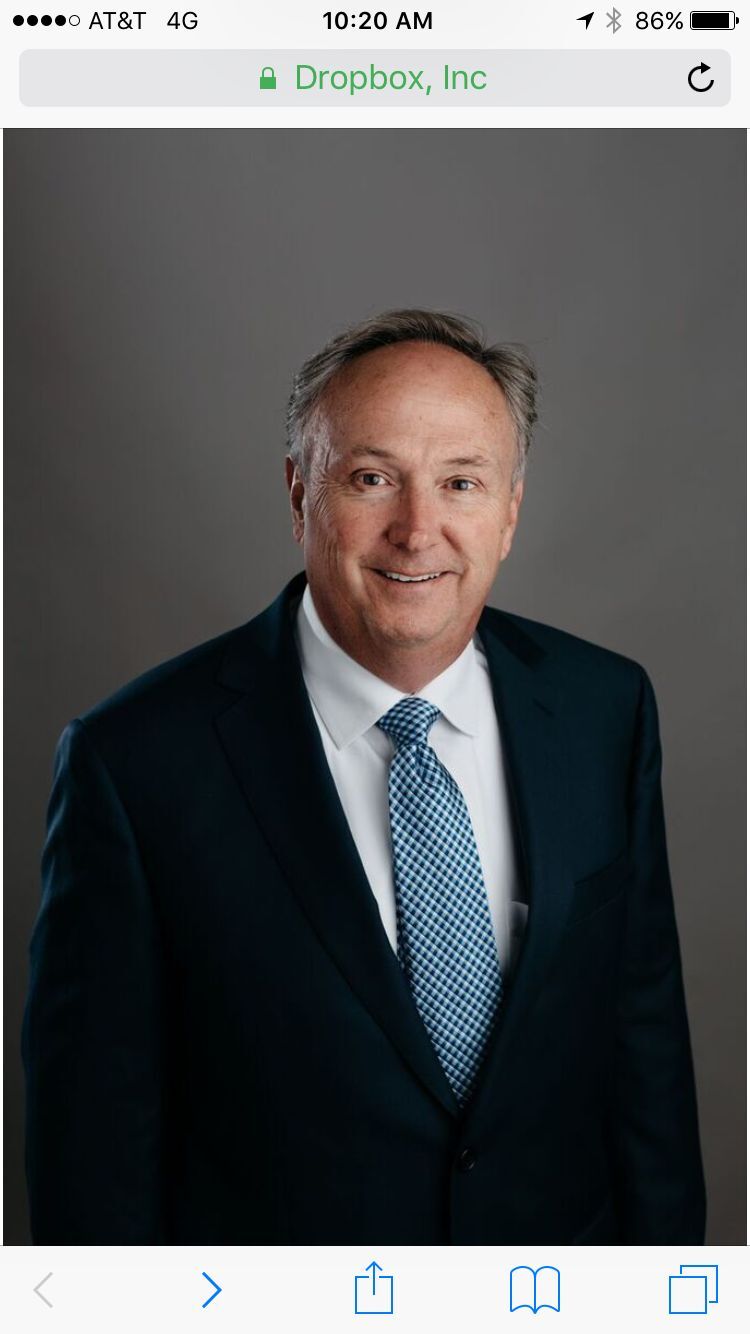 C&A Tool in Churubusco is an international leader in medical, aerospace and industrial manufacturing.

President of C&A Tool, Rob Marr, had a positive tone during his “State of the State” speech in 2018, shortly after the company was sold to New Hampshire Ball Bearing.

C&A Tool has more than 750,000 square feet of manufacturing space spread between two facilities in Churubusco and one in Auburn.

CHURUBUSCO — From a small shop in a Churubusco man’s garage to an international company, C&A Tool has only seen growth over that past five decades.

C&A Tool Engineering Inc. has some of the most advanced equipment and production capabilities in the world, specializing in some of the most intricate markets, such as medical, aerospace and industrial.

C&A Tool founder Dick Conrow started the company in his garage 1969, and the company now encompasses three locations — two in Churubusco and one in Auburn — roughly 650 employees and ore than 750,000 total square feet of manufacturing space.

As growth continued and Conrow was preparing for retirement, the right opportunity came forward in a sale to New Hampshire Ball Bearings, a Japan-owned company in 2017. The change in ownership put C&A Tool under the umbrella of the MinebeaMitsumi family of companies, a world leader in precision-components manufacturing.

The sale had many employees and community members on edge about the future of the company, but during the past three years the international partnership has proved to be a stable one, as the company has continued to expand and grow under new ownership.

In 2018, the company announced plans for a $3.5 million investment in equipment at its Churubusco facility.

“This is a good indication that the company believes they can grow and expand the business here, when they could be putting dollars in any of their other facilities on the planet,” said Jon Myers, Whitley County Economic Development Corp. president at the time.

The investment included additional employees, continuing the tradition of growth in Churubusco. And there’s still room to grow, as many of the buildings are not at 100% capacity, leaving room for further equipment purchases.

After Conrow’s retirement, his right-hand man, Rob Marr, stepped up to fill the role as president of the company. Marr started with Conrow in 1982 when the company had just 10 employees.

“The new owners are very supportive, not only financially but across the board for us,” Marr said. “They’re bringing new opportunities to us.”

In September, Marr passed on his role to John Halverson, a 27-year veteran of the company, continuing its local leadership despite having owners on the other side of the world.

C&A Tool is headquartered at 4100 N. U.S. 33 in Churubusco and the company offers many services, such as “turning and grinding, additive manufacturing, milling and machining, including the industry’s most advanced capabilities in large machining,” according to company literature.

Marr describes the business as “an overgrown tool and die operation that migrated into manufacturing.”

“We do high-precision, complex components for the medical, aerospace, fuel system and industrial industries,” he said.

Marr isn’t completely out of the business, as he plans to continue assisting with overall support, more as a consultant.

“As the ‘Dinosaur in the Room,’” Marr noted, “it became evident to me that it was time to implement the leadership skills of the next generation. John Halverson is the individual with the skill set to lead us to even higher achievement.”

The changeover during the COVID-19 pandemic was a more difficult one, but the company found September to be the right time.

C&A Tool has found ways to support the local community during the pandemic, donating 360 N-95 and 250 procedure masks to first responders in Whitley County — part of an initiative made possible by the parent company to support local emergency provider organizations.

MinebeaMitsumi supplied its global manufacturing facilities with medical face masks for employee protection, then provided extras to be donated to the community.

“We are so thankful for the donation made by C&A Tool and MineabeaMitsumi Group,” said Dan Monaco, the deputy director of the Whitley County Office of Homeland Security & Emergency Management. “When companies like this set an example of investing in local community and recognize the needs of our emergency workers, it does more than just support the community in a time of great need, it serves as a catalyst to spur on acts of generosity and reminds the community that we’re all in this together.”

C&A Tool has hosted many international visitors to its facilities, including appearances from Yasunari Kuwano and Kazyoshi Tokimaru from MinebeaMitsumi Inc., and Daniel Lemieux of New Hampshire Ball Bearing at one of its annual luncheons.

“Thank you for embracing the acquisition,” Lemieux told employees. “Thank you for welcoming us all into your community and carrying on the legacy of this great company.”

Here are the other semifinalists for the Internationally Owned award:

In 1886, Robert Bosch founded the “Workshop for Precision Mechanics and Electrical Engineering” in Stuttgart. This was the birth of today’s globally operating company. Right from the start, it was characterized by innovative strength and social commitment.

Bosch also offers wide community support in the areas its serves through the the Bosch Community Fund, the corporate foundation for Bosch in North America was established in 2011 to provide community engagement and philanthropic support on behalf of our company. The Fund focuses on the enrichment of science, technology, engineering and math (STEM) education and advancing environmental sustainability initiatives. The company partners with 501(c)(3) organizations and educational institutions across the country to provide quality project-based learning hands-on learning opportunities for students and professional development for teachers.

BAE employs a skilled workforce of 85,800 people in more than 40 countries, and work closely with local partners to support economic development by transferring knowledge, skills and technology.

BAE Systems has leading positions in its principal markets – in the US, UK, the Kingdom of Saudi Arabia and Australia – as well as established positions in a number of other international markets and is one of the largest global defense companies.