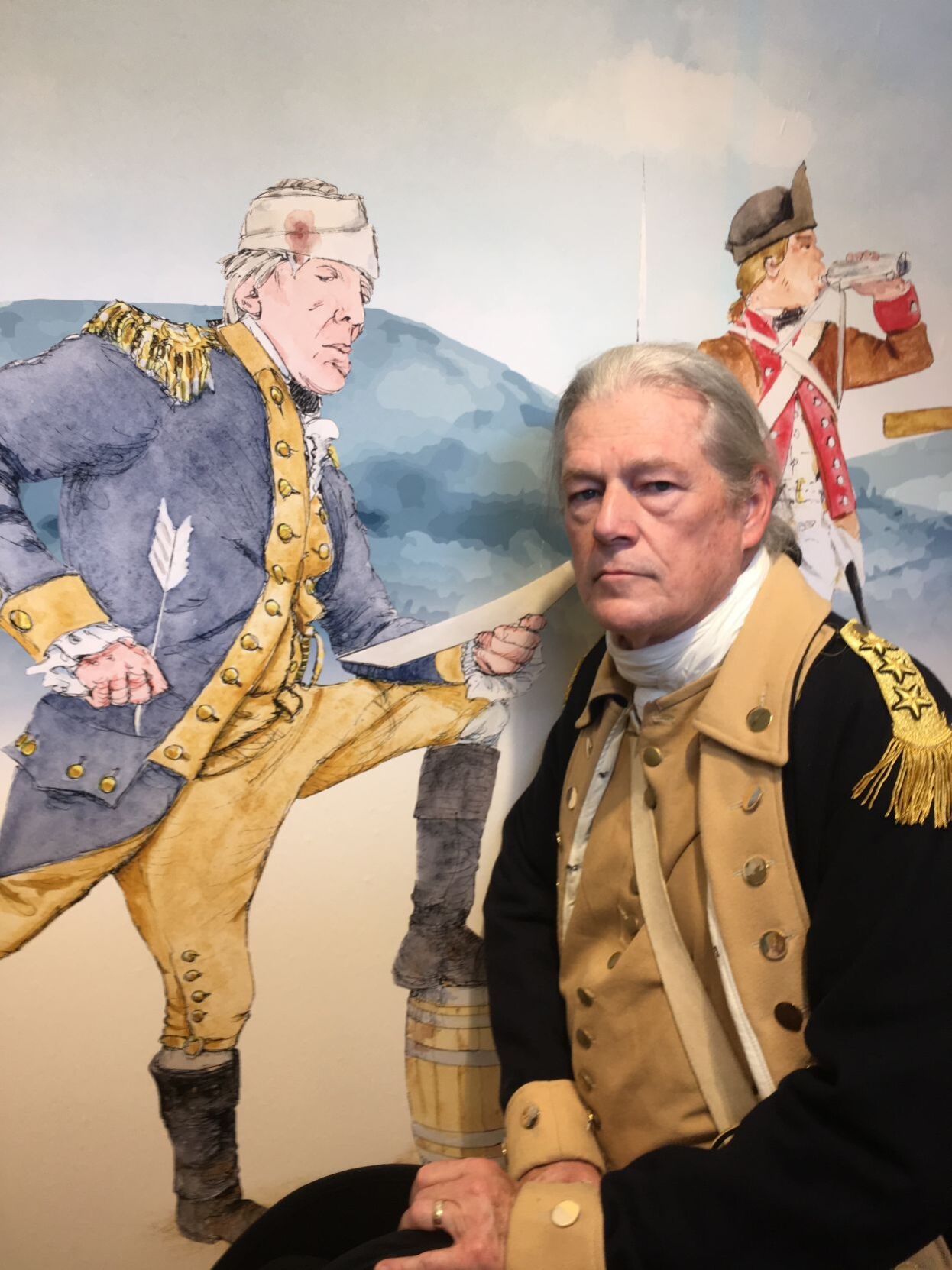 Bob Jones, in costume as Gen. Anthony Wayne, namesake of Fort Wayne, stands in front of a painting at Stony Point, New York. 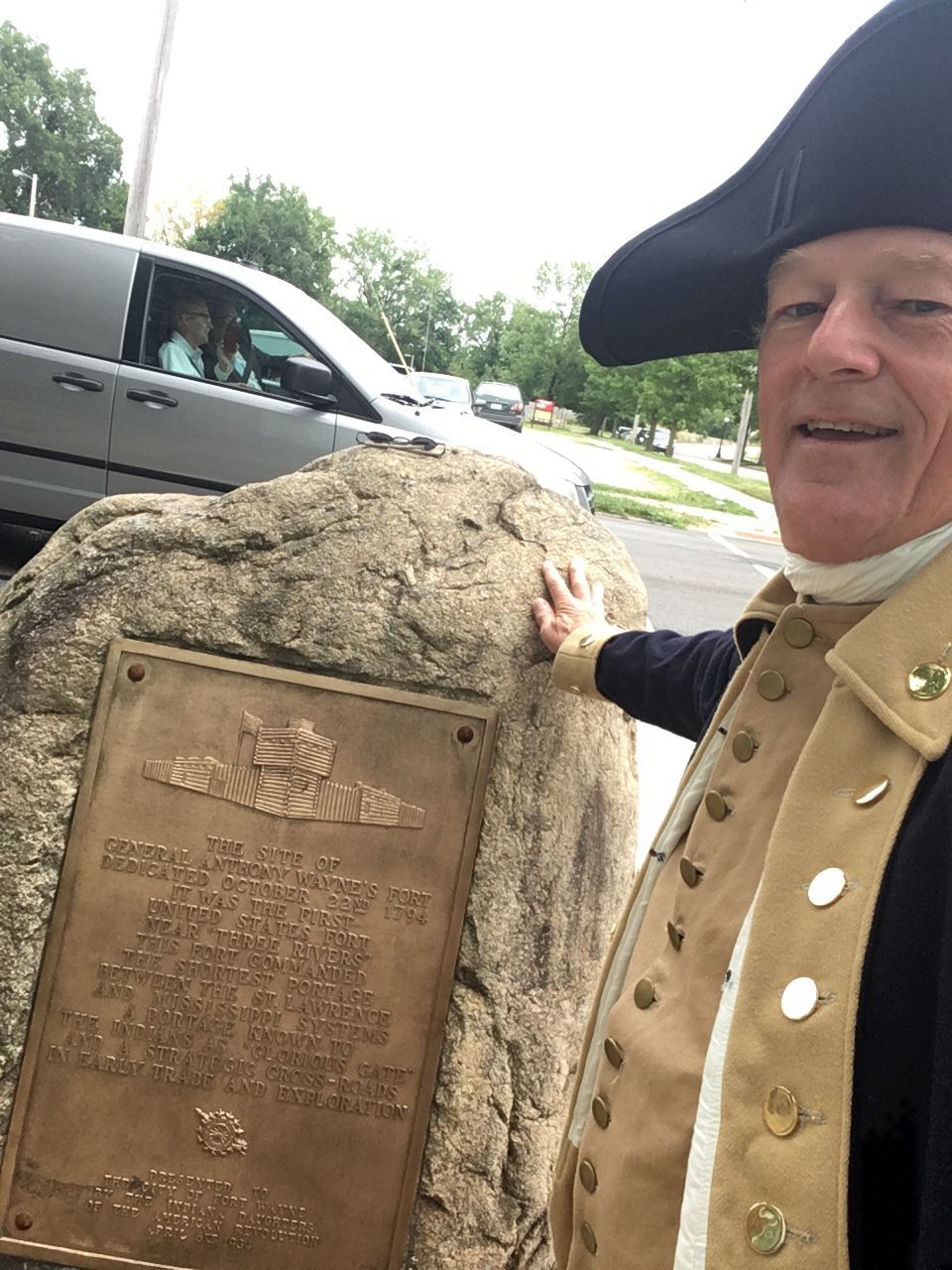 Bob Jones stands in front of a historical marker at the corner of Berry and Clay streets, where the original Fort Wayne once stood. 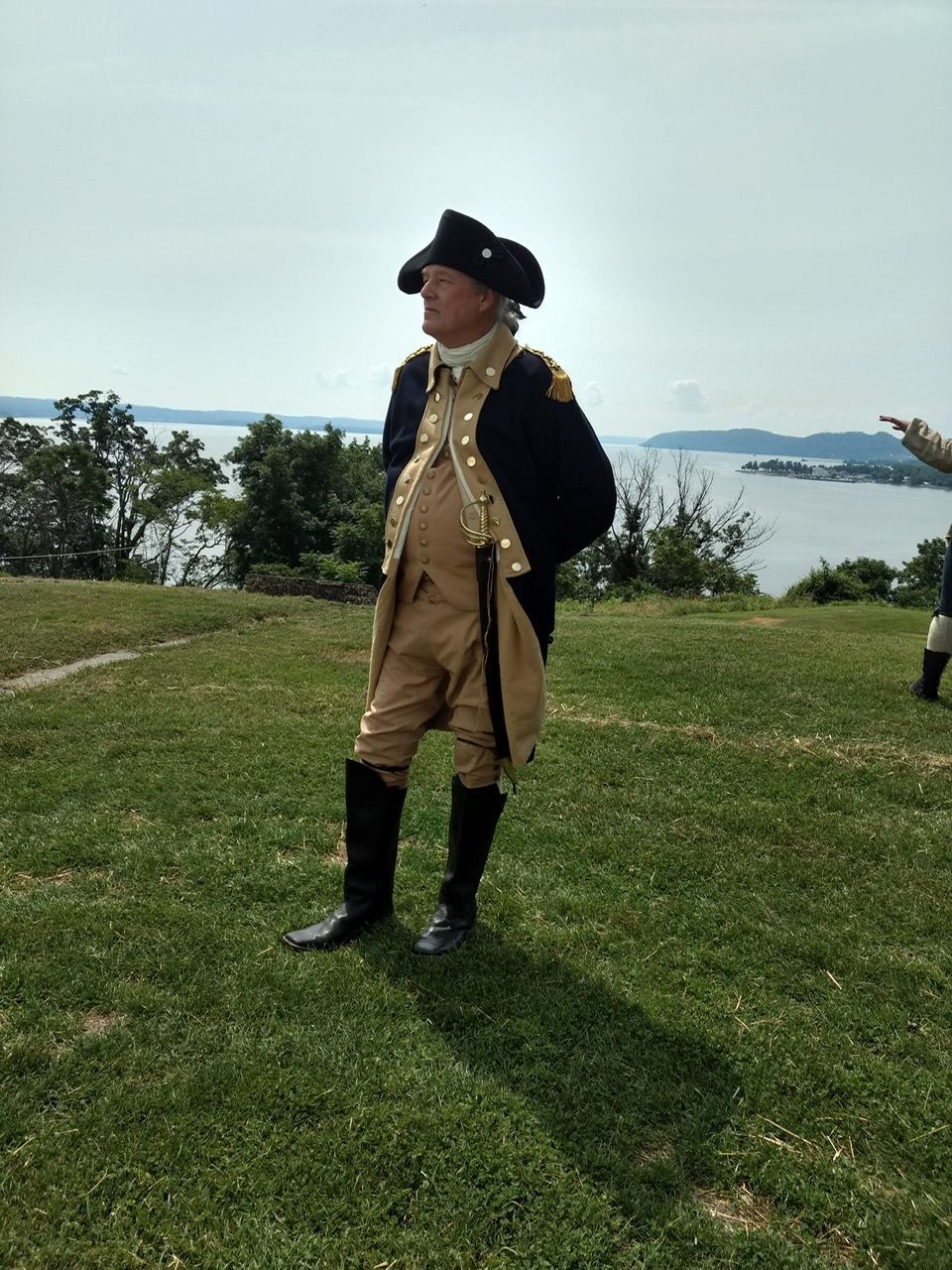 Bob Jones wears his Gen. Anthony Wayne costume at the site of Wayne’s victory in Stony Point, New York, in front of the Hudson River.

Bob Jones, in costume as Gen. Anthony Wayne, namesake of Fort Wayne, stands in front of a painting at Stony Point, New York.

Bob Jones stands in front of a historical marker at the corner of Berry and Clay streets, where the original Fort Wayne once stood.

Bob Jones wears his Gen. Anthony Wayne costume at the site of Wayne’s victory in Stony Point, New York, in front of the Hudson River.

Bob Jones’ interest in history has led him down an intriguing path.

The local man dressed up to portray Gen. “Mad” Anthony Wayne — Fort Wayne’s namesake — for the past year or so, appearing at local festivals and historical events, and even pranking folks while sporting his 18th-century duds.

“Sometimes after an event — while I was still in costume — I’d drop by the (Allen County Public) downtown library and just mosey around in my Gen. Wayne costume,” he joked, “and I’d just walk up to librarians and patrons and say, ‘Just checking out the operation, making sure everything looks good.’”

Jones’ Wayne portrayal is the face of a local group known as the General “Mad” Anthony Wayne Organization Inc. The group says its primary mission is “to enhance area education about local history by honoring our city’s namesake. We’re involved in activities that keep alive the memory of our city’s namesake,” the group notes.

But now, the group is beginning a search for a new actor to play the famous general, and it’s putting out the clarion call for possible reenactors.

The agency says it plans to hold auditions for someone to play the next Anthony Wayne, with tryouts to be held 1:30-3 p.m. Jan. 23 at the Spiece Field House (soon to be renamed the Epic Center), at 5310 Merchandise Drive in Fort Wayne.

Anyone interested in portraying the legendary general is welcome to audition, the group notes, although applicants must be at least 21 years old. To get more information, or to download an application to audition, visit the organization’s website at www.madanthonywayne.org, or the group’s Facebook page. Search Facebook for General “Mad” Anthony Wayne Organization Inc.

Jones said it won’t be necessary for applicants to dress up in a period costume to try out for the part; his group will provide the clothes. The organization is only looking for someone with a love for history, a willingness to portray the general accurately, and an ability to be flexible with their schedule.

“We’ll be looking for someone who’s interested in history and perhaps be willing to research the part a little bit,” he said. “As far as the costume goes, we’ll provide that. They just have to come as they are.”

Once the group chooses a new Anthony Wayne, Jones plans to move on to portray a period George Washington, he said, a change that won’t require much of a wardrobe shift.

“Being asked to portray Washington, I’ll still be involved with the group,” Jones said. “I’ll have the same coat, the same hat, the same cavalry boots — the uniform is virtually identical.”

Anthony Wayne was an American soldier, officer and statesman of Irish descent. He began his military career at the start of the American Revolutionary War, when his military exploits and fiery personality quickly earned him a promotion to brigadier general and the nickname “Mad” Anthony.

He later served as the senior officer of the Army on the Ohio Country frontier and led a group known as the Legion of the United States.

He was born in Pennsylvania on Jan. 1, 1745, and spent much of his youth laboring as a tanner and a surveyor after graduating from the College of Philadelphia. He won election to the Pennsylvania General Assembly and helped raise a Pennsylvania militia unit in 1775.

During the Revolutionary War, he fought in the Invasion of Quebec, the Philadelphia campaign and the Yorktown campaign. He also won praise for his brave leadership at the Battle of Stony Point, in New York. He received a promotion to major general in 1783, but retired from the Continental Army soon after.

After the war, Wayne settled in Georgia on land the government granted him as payment for his military service. For a brief period, he represented Georgia in the U.S. House of Representatives, but then returned to military service.

In 1793, the U.S. government sent Wayne to quell unrest among the Native Americans and build a lasting U.S. presence in the Midwest Territory. Wayne fought — and defeated — several tribes at the Battle of Fallen Timbers, near present-day Toledo, Ohio.

Wayne realized he had to build a protected supply line from Fort Washington (present-day Cincinnati) to Kekionga (now known as Fort Wayne), so he built forts along the Indiana and Ohio border leading up to Fort Wayne. In 1784, after his victory at Fallen Timbers, Wayne had effectively ended the Native American resistance on the Northwest Frontier.

After the Timbers victory, Wayne began constructing a fort in Kekionga. It was completed on Oct. 20, 1794, and was located near the corner of present-day Clay and Berry streets in downtown Fort Wayne. That building would be the first of three forts built in the young metropolis. As the years passed, the city grew up around the forts and their surging economies.

After his death, Wayne was buried at Fort Presque Isle in Erie, Pennsylvania, where the present-day Wayne Blockhouse stands. His son, Isaac Wayne, disinterred the body in 1809 and had the corpse boiled to remove any flesh from the bones.

He placed the general’s bones in two saddle bags and moved them to the family’s plot in the graveyard of St. David’s Episcopal Church in Wayne, Pennsylvania.

Jones, a 71-year-old retired Fort Wayne Community Schools teacher, said his favorite memories of playing General Wayne are visiting local schools in costume, answering youngsters’ questions about the man, and even meeting with winners of school essay contests who wrote papers about the famous leader’s history.

“There were a lot of highlights,” Jones said. “I kind of just liked meeting people who wanted to talk to the general.”