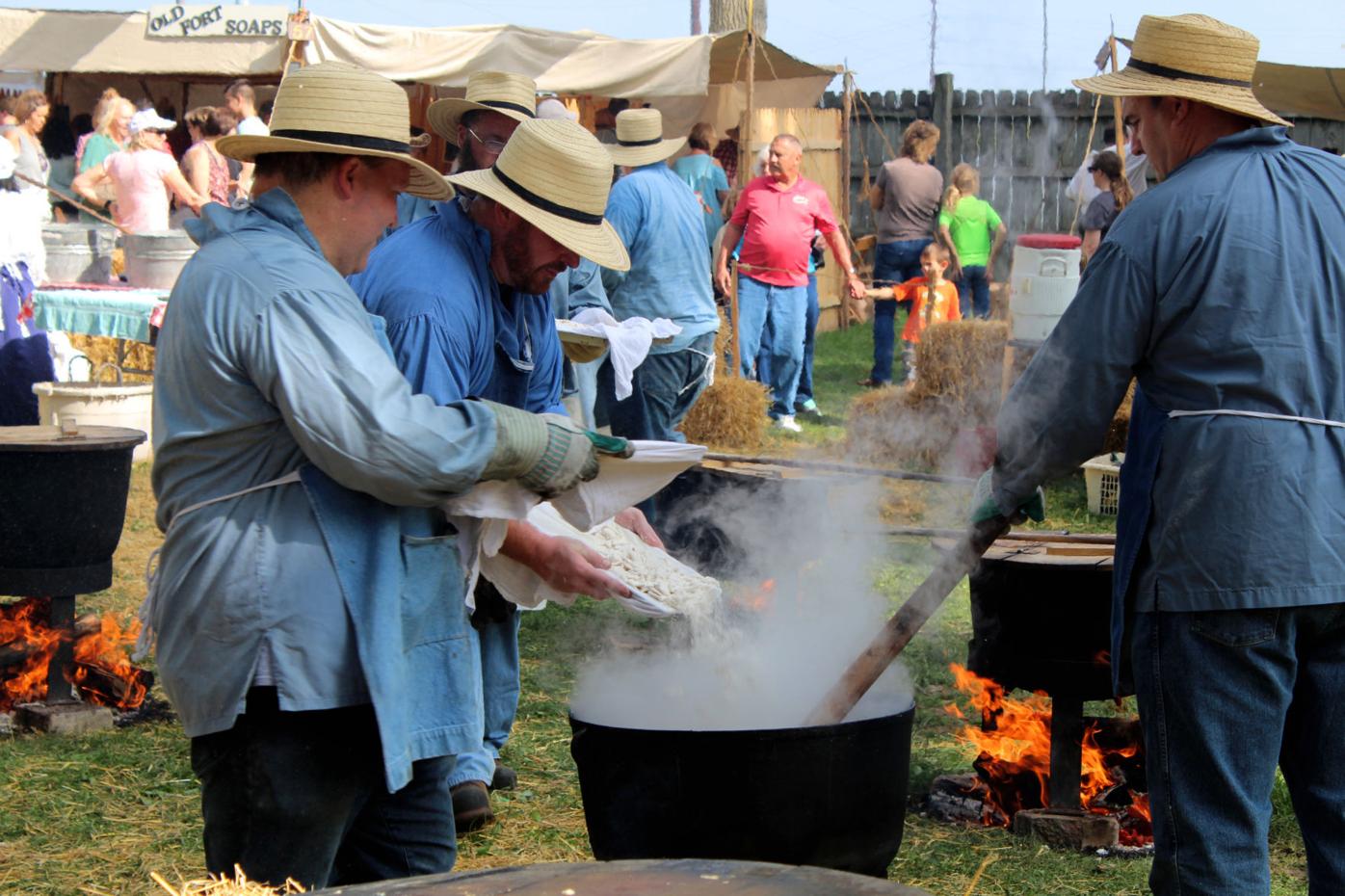 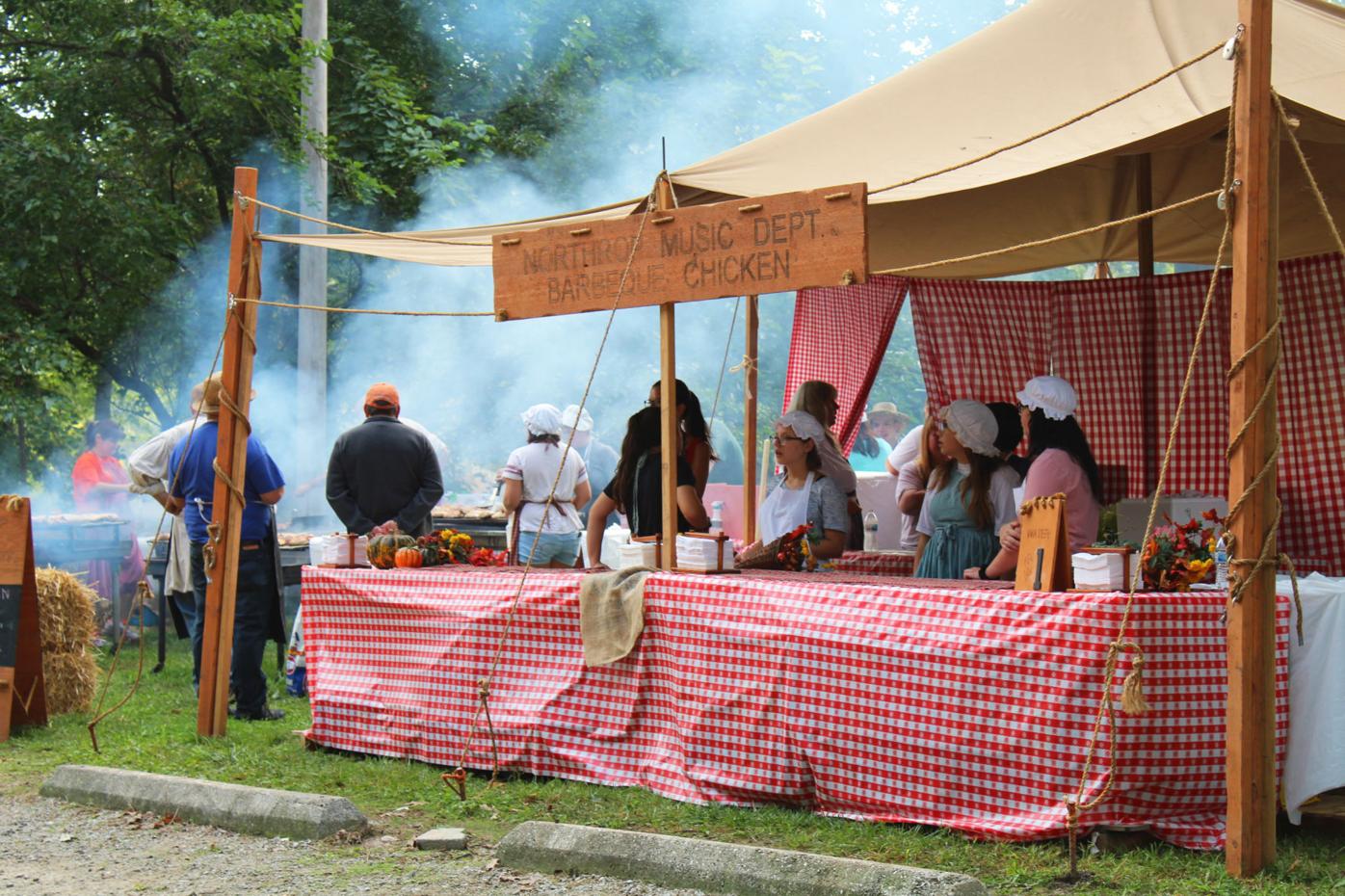 The Northrop Music Department is seen selling barbecue chicken at a past Johnny Appleseed Festival. In 2021, the Northrop Choral Association will sell grilled chicken quarters, rolls, cookies and coleslaw. 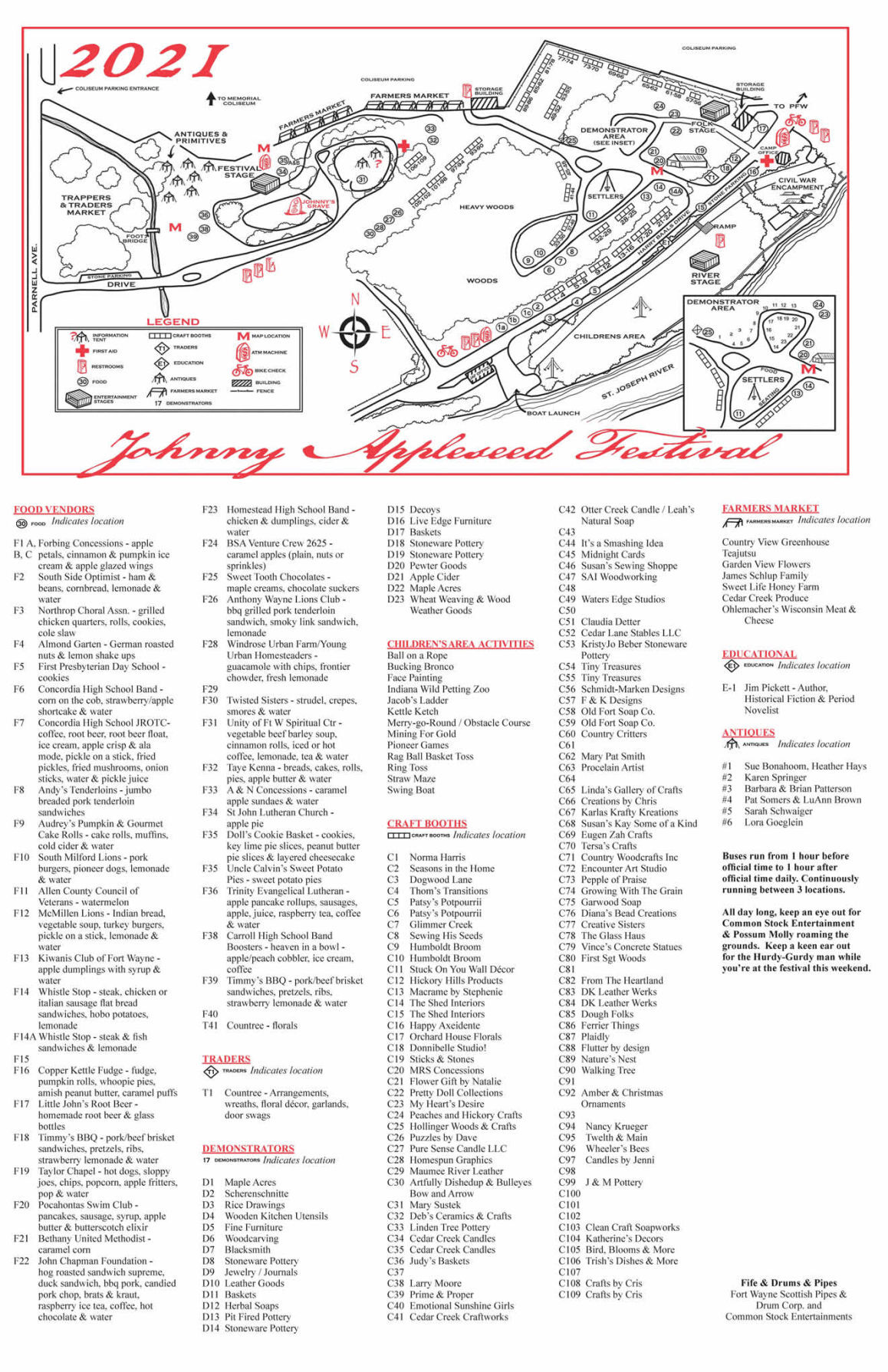 A downloadable map of the Johnny Appleseed Festival can be found here. 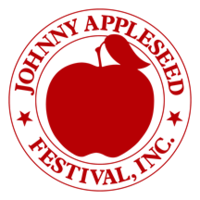 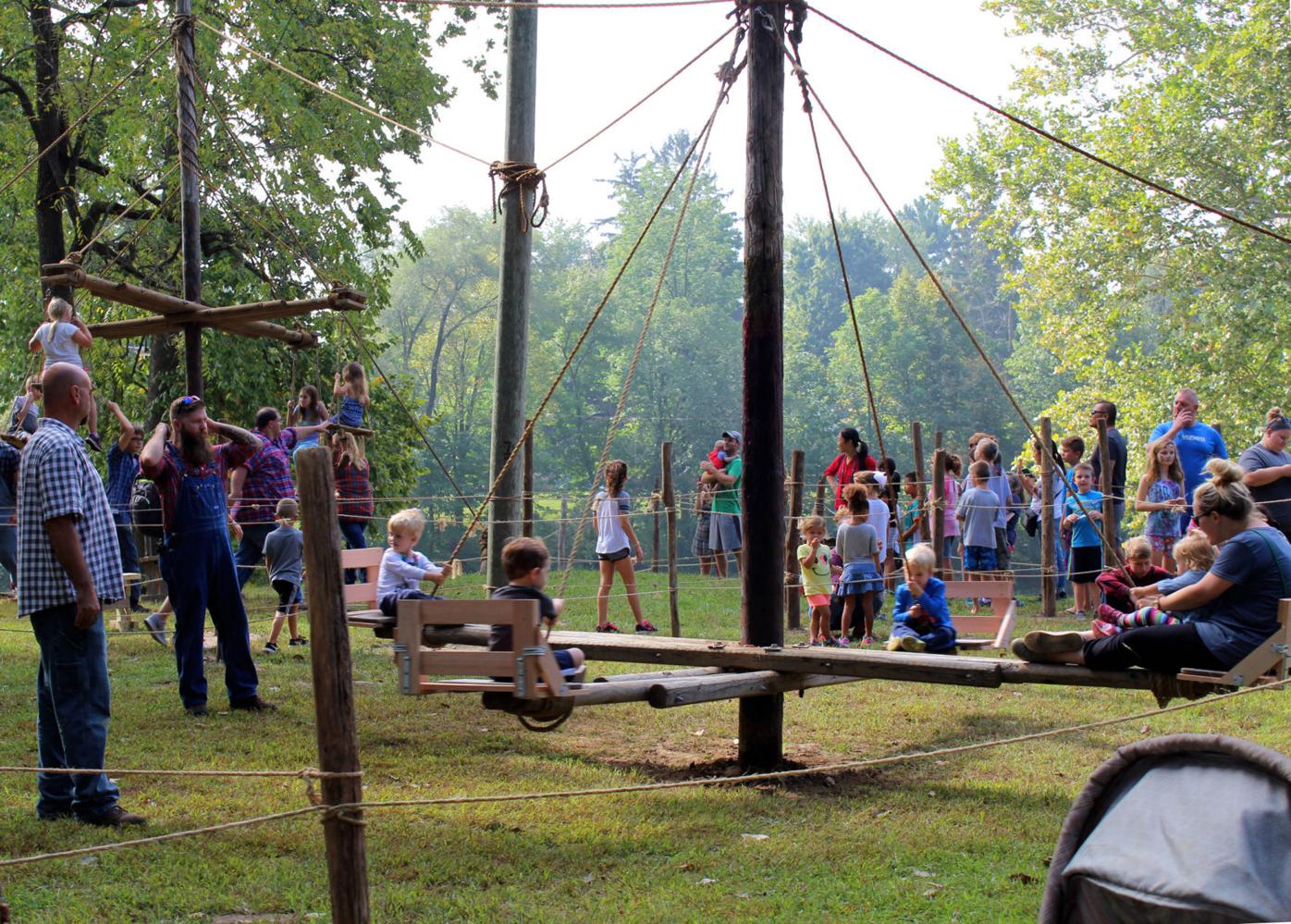 The Johnny Appleseed Festival will have a children’s area with activities such as face painting, Indiana Wild petting zoo, mining for gold, pioneer games and more.

The Northrop Music Department is seen selling barbecue chicken at a past Johnny Appleseed Festival. In 2021, the Northrop Choral Association will sell grilled chicken quarters, rolls, cookies and coleslaw.

A downloadable map of the Johnny Appleseed Festival can be found here.

The Johnny Appleseed Festival will have a children’s area with activities such as face painting, Indiana Wild petting zoo, mining for gold, pioneer games and more.

“The festival is designed to educate and stimulate historical interest during the time Johnny Appleseed was here,” festival publicist John O’Rourke said. “The Johnny Appleseed gravesite is in the middle of the festival grounds. It’s to help people gain an appreciation for that life and time.”

John Chapman, aka Johnny Appleseed, traveled the region as a nurseryman and is believed to have died in Fort Wayne in 1845.

Vendors are required to use materials used during the time period of Appleseed’s life. Food vendors cannot use propane or electricity, and there is no running water and are encouraged to wear period-specific clothing.

Attendees of the event will be able to experience demonstrations and the tappers-traders setups, which show how pioneers lived. Demonstrations include tinsmiths, apple pressers and blacksmiths.

More than 100 handmade craft booths will be set up. The craft booths include clothing, candies, soaps and satchels. There will be a Farmer’s Market, a children’s area, food booths and entertainment at the festival.

According to the Johnny Appleseed Festival website, over 40 charities, organizations and churches rely on the festival as their largest single fundraiser of the year.

The website states that without the festival, the organizations would lose a considerable funding source.

“For the four years that my son was in Homestead High School’s marching band, I was involved with the school making chicken and dumplings and apple cider,” O’Rourke said. “It’s their biggest fundraiser of the year by far.”

The Johnny Appleseed Festival website states the event is pure family-oriented, 1800 period outdoor atmosphere of the event makes it unique in the community and does something very few other events can do — giving back to so many.

O’Rourke said that was one of the reasons the festival board members felt “bad” about canceling the event in 2020 but they had “no control” over it.

The 2020 festival was canceled due to COVID-19, but according to O’Rourke, this year’s festival will be held with some requests to comply with the guidelines from the Centers for Disease Control and Prevention.

O’Rourke said it will be as “normal” of a festival as possible with the biggest difference being encouraging attendees to wear masks.

“It’s an outdoor event so we’re not required to require masks but we’re encouraging people to wear masks if they’re not vaccinated but we can’t enforce it,” O’Rourke said.

The festival has added several hand sanitizing stations around the grounds for attendees to use. Along with these stations, hand washing stations have been added.

“There are no limitations to outdoor events according to the CDC or our own county health department,” O’Rourke said. “However, if something were to change between now and the festival, we’ll react accordingly.”

There will be free festival parking at Purdue Fort Wayne and at Concordia High School Athletic Center, with a free shuttle bus from both locations.

O’Rourke said attendees can park at the Allen County War Memorial Coliseum but will have to pay. The festival does not set the rates of parking at the coliseum and does not receive any of the parking fees.

There will be designated free parking for those attending the event through kayaks, canoes and bicycles.

The 2021 Johnny Appleseed Festival is sponsored by Meijer and Fort Wayne Parks and Recreation. No animals are allowed into the festival except for service animals. The event is rain or shine with the exception of thunderstorms. Handicap-accessible areas will be available.

For more information about the event, visit johnnyappleseedfest.com.