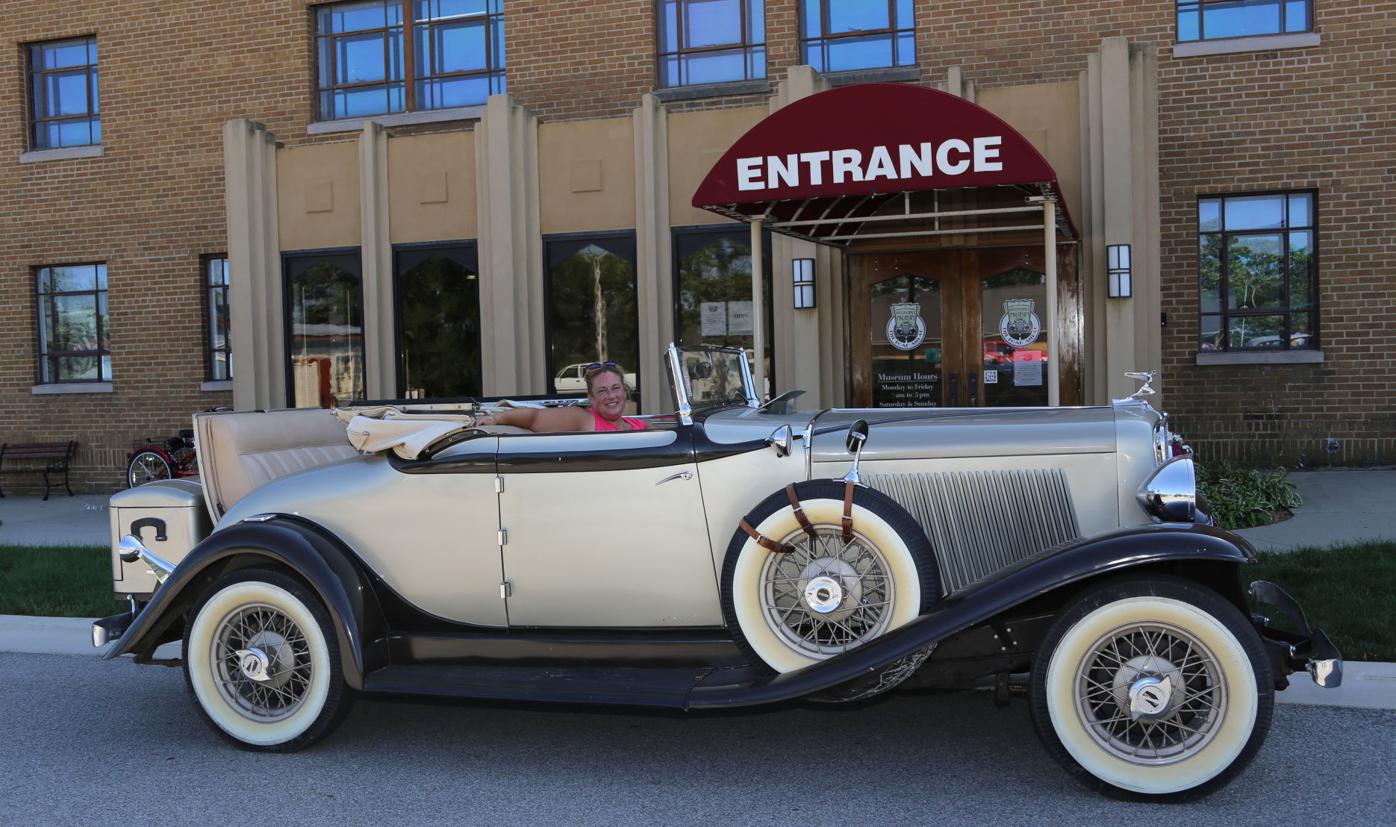 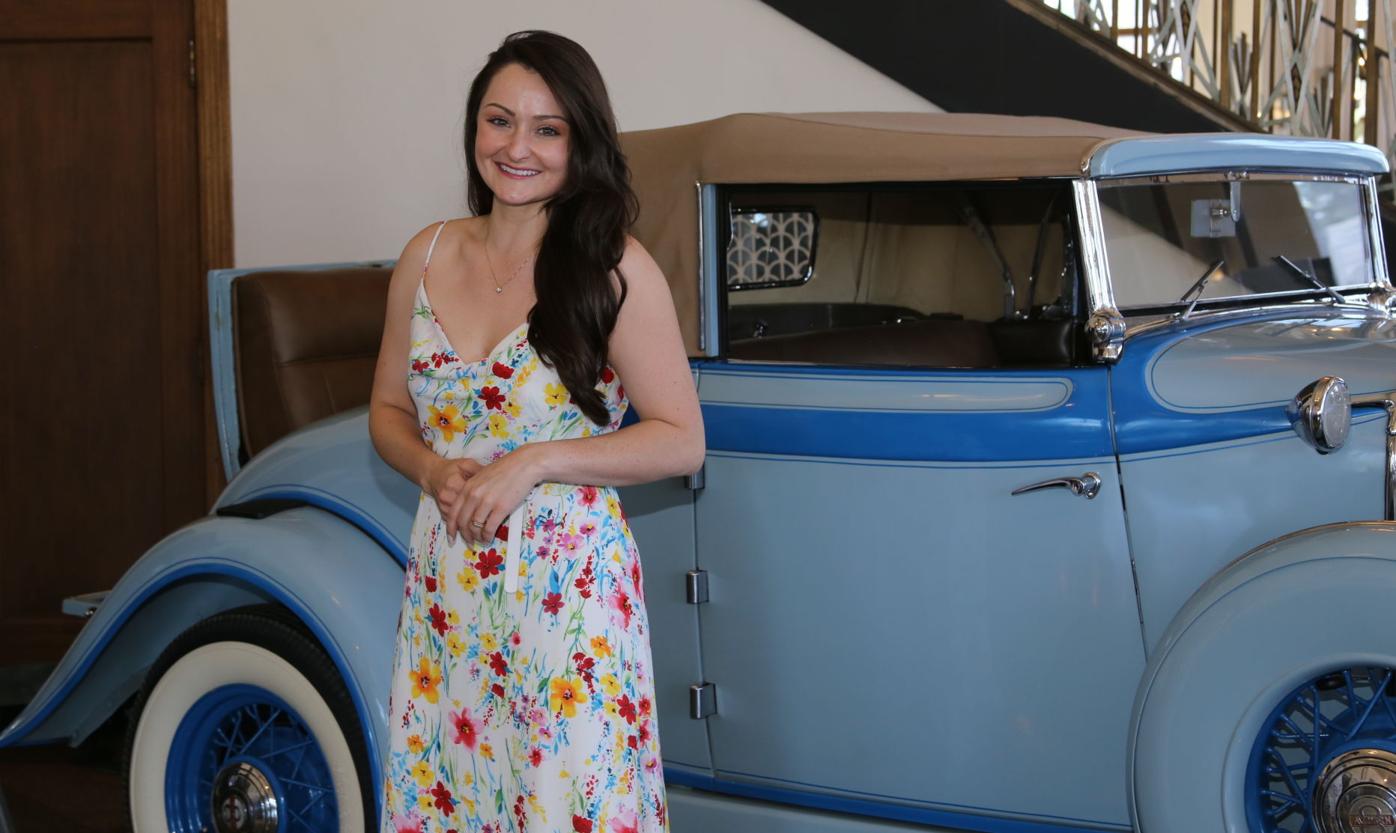 Jessica Butler of Fort Wayne, an Auburn native, was honored as the Woman of the Year by the Auburn Cord Duesenberg Club. 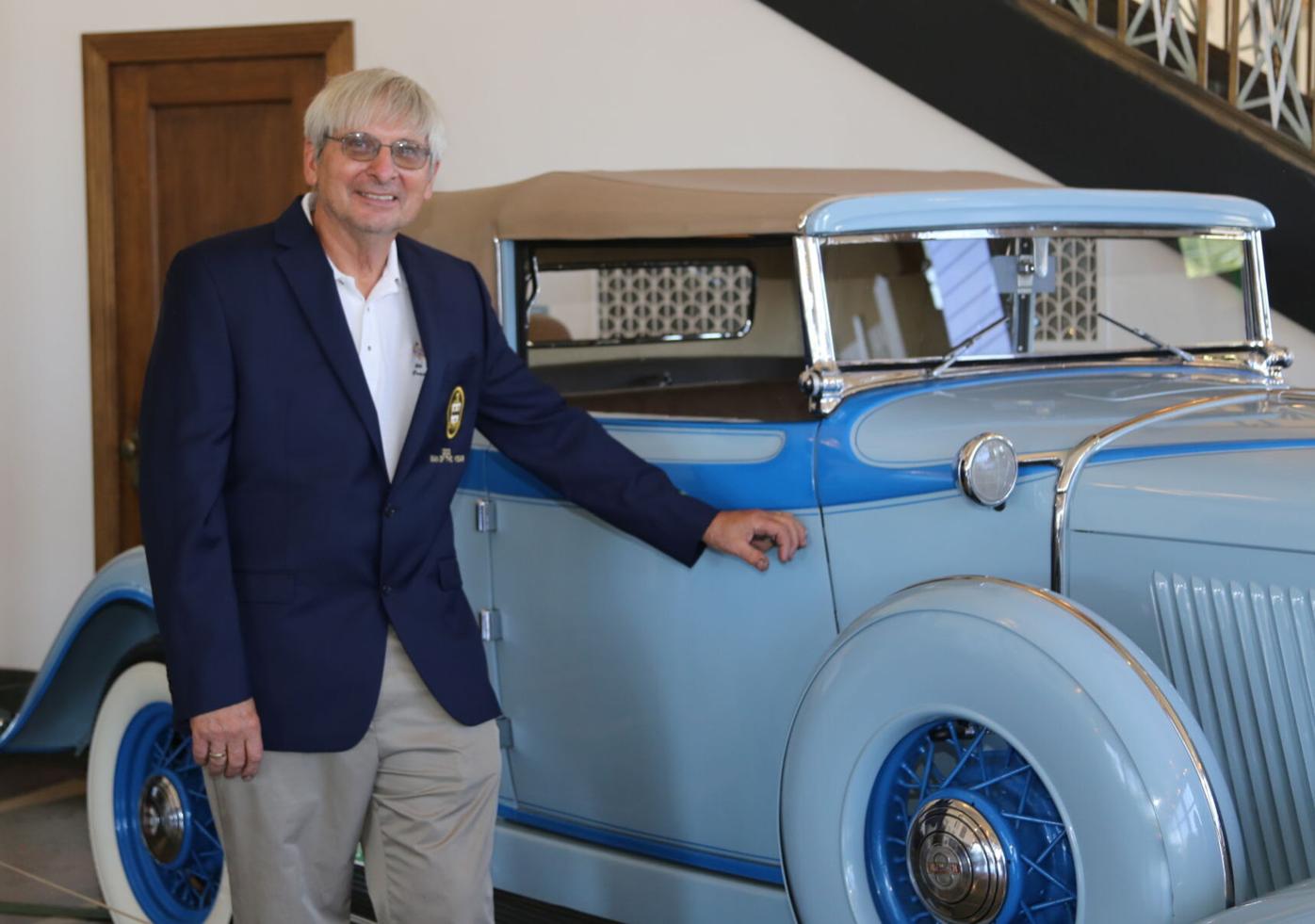 Pat Leahy of Woodburn was honored as the Auburn Cord Duesenberg Club’s Man of the Year for 2020.

Jessica Butler of Fort Wayne, an Auburn native, was honored as the Woman of the Year by the Auburn Cord Duesenberg Club.

Pat Leahy of Woodburn was honored as the Auburn Cord Duesenberg Club’s Man of the Year for 2020.

Pat Leahy of Woodburn received the Blue Blazer Award given annually to the club’s Man of the Year.

Jessica Butler of Fort Wayne, an Auburn native, was honored as the club’s Woman of the Year.

The club canceled its annual reunion in Auburn, which began in 1956, in response to the COVID-19 pandemic.

However, more than two dozen club members gathered in Auburn on Sept. 5, staging a small-scale version of the club’s annual Parade of Classics through the city. Those attending included club president Lindsey Greene Barrett of New Jersey.

“Our annual meeting and awards banquet always includes noncompetitive awards to deserving club members for their dedication to the ACD Club and ACD cars. While we knew we would need to adjust how we presented awards this year, the board of directors felt it was incredibly important to honor those individuals who have contributed to the club,” Barrett said.

“By happenstance, all three of the recipients were local to Auburn, so we were able to present their awards in person, prior to the annual meeting,” she said. The awards were presented at the Auburn Cord Duesenberg Automobile Museum.

Ackerman “can be seen driving her Auburn during every season and in all weather conditions. She drives on tours, to and from events, in parades, and on her own whenever she has the opportunity,” Barrett said. “She offers rides to anyone who would like to experience a ride in an Auburn, and works with local schools to introduce ACD cars to fourth-graders and share their history and beauty. The lack of official events this year did not deter her from driving her Auburn frequently in her community.”

Barrett said Butler “has volunteered for the ACD Club in many capacities over the years. She has emceed multiple Ladies Tea events, co-emceed the annual awards banquet, held the position of reunion chair, used her artistic talents to help in ACD Club’s event planning, and has contributed in many other ways throughout the years.”

The Man of the Year Award is given in the form of a blue blazer “to the man who has made an outstanding career in the automotive field or long-term dedicated service to the ACD Club, or an unusual and noteworthy accomplishment in either category.”

Barrett said Leahy served on the club’s board of directors for nine years and as president for two years.

“During his presidency, he traveled to every regional meet, and even flew to Australia to participate in the ACD Club of Australasia’s events,” Barrett said about Leahy. “He is a dedicated Cord owner who is always willing to help fellow members with their cars. He has passed his love of the cars and the ACD Club to his children, and you will often see a large gathering of his family members, friends and cars during Labor Day weekend. For several decades, he has been an active, dedicated club member.”

Ackerman said she knew Ken Van Ausdal, for whom her award is named, and his wife, Nettie.

“I was very close to them as kid growing up, so means even more to me to have earned this award in his honor.... plus being year of the woman driver makes it even more special,” Ackerman said. “The Year of the Woman Driver” was to have been the theme for this year’s canceled festival

“I am only the third woman to have won the ring, and I am also honored to be in such a select group of amazing women” with Kathy Kelham and Barbara Pietracatella, Ackerman said. Pietracatella also lives in Auburn.

Ackerman drives an Auburn Cabriolet that her late father, Jack, purchased in the mid-1990s, she said. He did not drive it often because of mechanical issues, she said.

Troy, her husband, fixed the car, “and I started to drive it — a lot,” she said. “I want to enjoy it. One of the first things I did was take the top down. Dad never put it down — I never put it up.”

She added, “I love using it to share with people who would otherwise never get to experience these cars. I love taking it to the schools to do a history program for our local students, too.”