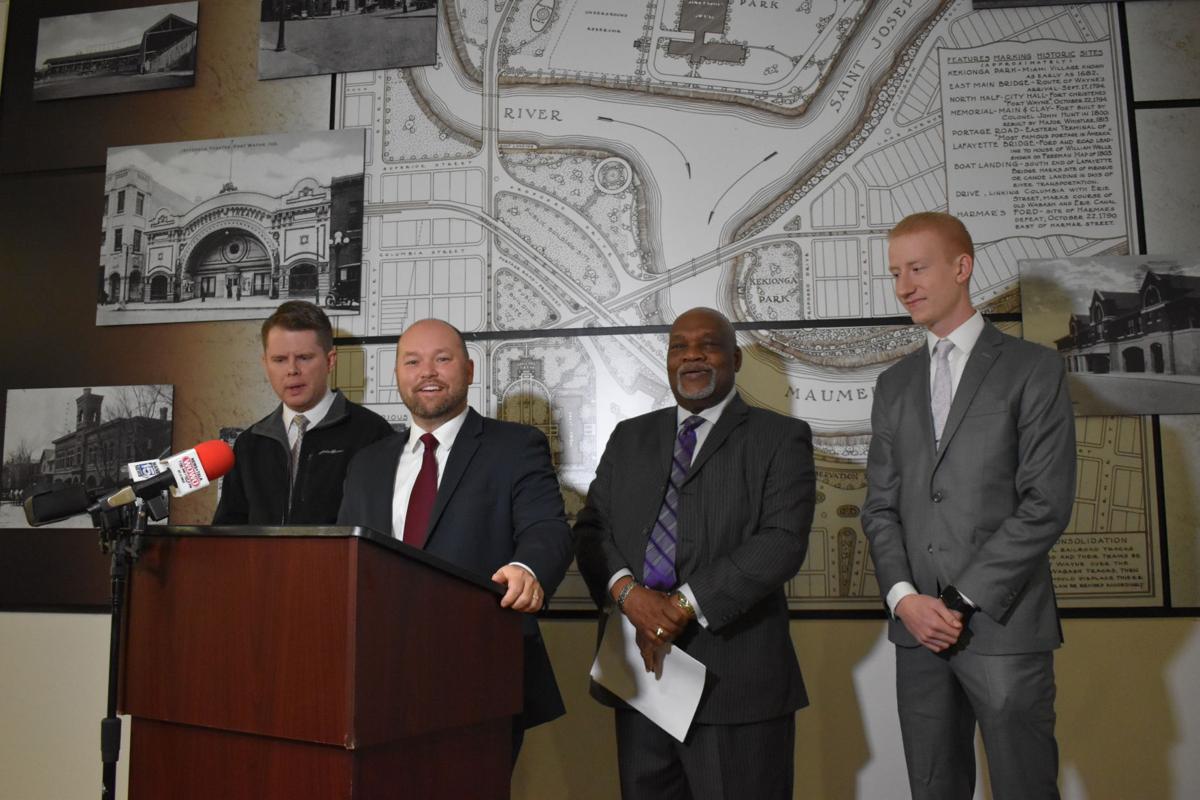 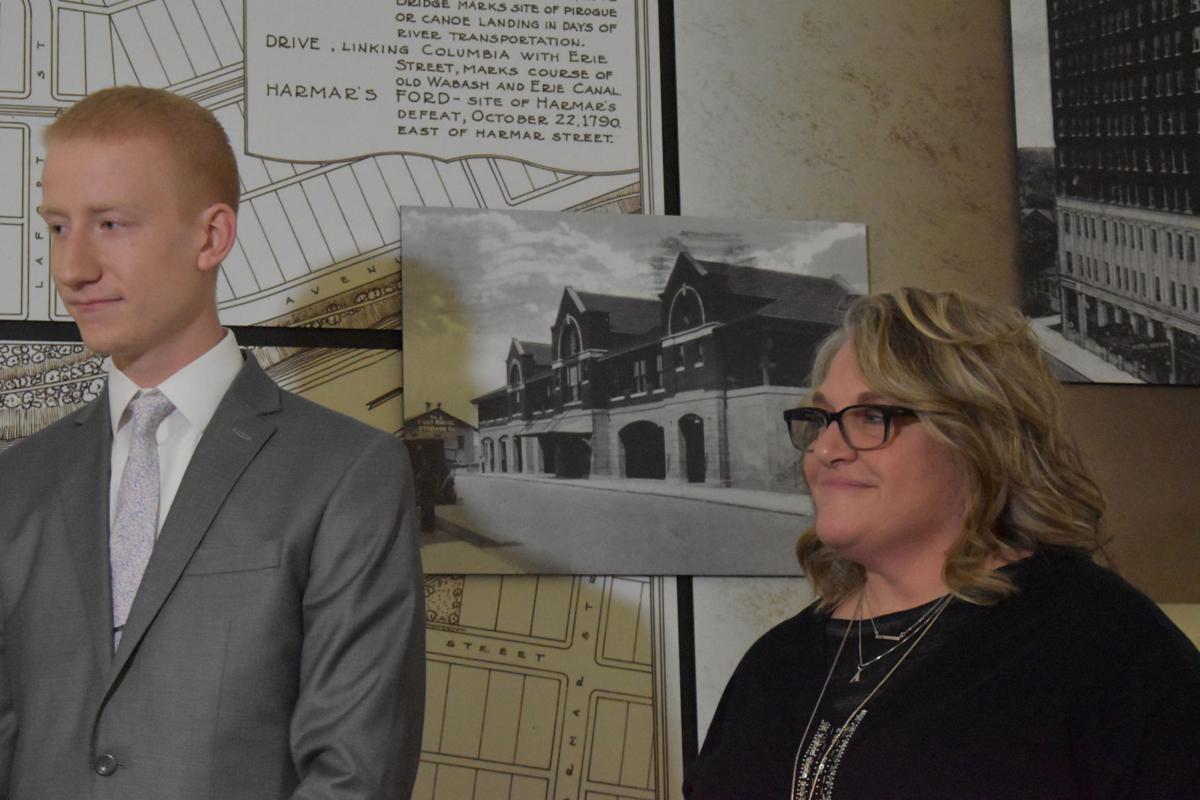 Sam Carmody, left, a Carroll High School graduate and freshman at Indiana Tech, and Andrea Robinson, economic development administrator for the city of Fort Wayne, were part of the process that gave students a role in the tax phase-in and deferral policies study. 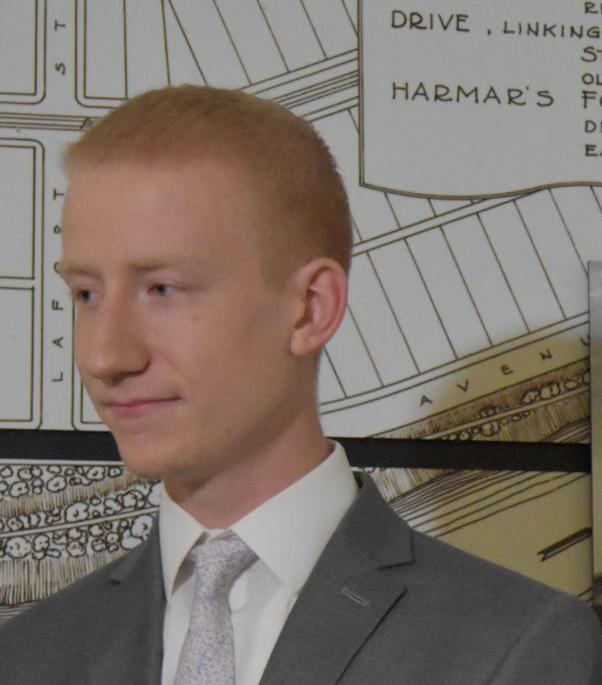 Sam Carmody, left, a Carroll High School graduate and freshman at Indiana Tech, and Andrea Robinson, economic development administrator for the city of Fort Wayne, were part of the process that gave students a role in the tax phase-in and deferral policies study.

The councilmen introduced a proposal at the Dec. 10 meeting that will:

• Restore the near-2000 application administrative rates that the city and Allen County discontinued to be more business friendly. This will make the tax abatement process self-funding and won't push the additional costs onto taxpayers, Jehl said.

"I've always thought it strange that people and businesses that received tax abatements that taxpayers go the additional mile of paying for the cost to administer the policies," Jehl said.

• Stop a flood of late filings that take up many of council's summer meetings. The rates will be changed on the cost of the late filings, which should discourage them, Jehl said.

• Prevent a custom of developers paying construction workers under the table that the state level is experiencing. Those caught paying under the table will lose their tax abatement, which is "cheating the taxpayer from revenues, and it hurts our economy, obviously hurts skilled trade as well," Jehl said.

The abatement process needed changes, Hines said, much like how he and former councilman Sam Talarico made a bipartisan effort to the permitting process for developers around 2000. Now developers can file plans online, a more streamlined process.

"The output that you're going to see, hopefully, is a bipartisan approach to good government," Hines said. "It's something that looks at business retention and attraction" of companies that provide good living-wage jobs and move Fort Wayne forward.

Andrea Robinson, of the city's economic development, said, "Being able to have tax abatement as an incentive tool for businesses is very important in economic development if we're looking to increase investment and employment here in the city of Fort Wayne."

It's a very complicated process and one that the city is always looking for ways to streamline and improve, she said.

"This policy retains attractive incentives while making the administration of the policy self-funding while simultaneously discouraging any recipients of those tax phase-ins from cutting corners," Jehl said.

A couple of months ago, City Council and Allen County Council created a committee to work with city administration, community development and their counterparts in the county and their tax abatement specialists to discuss changes.

About 125 Indiana Tech students compared similar communities' policies over the semester with the real-world experience.

One of the students, freshman Sam Carmody, 19, of Huntertown, a Carroll High School graduate, said he's in ROTC at Purdue Fort Wayne and might pursue a military career, but sees Fort Wayne as an attractive city.

"Right now with the way the city is going I think it's going in a great direction," he said. "I think that a lot of young people are going to want to stay here. ... How the downtown's being rebuilt and just being shown downtown's cool now."

Reporter: Virus 'couldn't come at a worse time' for China

Carmody and the students examined communities similar to Fort Wayne in terms of population, age and jobs, including Buffalo, New York; and Akron and Toledo, Ohio.

"When we found those cities, we looked and saw what they did on an economic level to draw businesses in and keep them there, and kind of revamp their downtown like we're trying to do."

Buffalo, for instance, was chugging along in the 1980s, then in the early 2000s many of its big employers went out of business.

"They're trying to take those spaces like we are and turn it into something that draw people downtown," Carmody said. "I would say that they're a little farther ahead than we are. But I'd say the direction we're going is right where we're at."

With Jehl, a Republican, and Hines, a Democrat, bringing forth the proposal, Jehl said, "We hope this sets the stage for the new council moving forward."

Jehl said he is hoping the changes will be voted on during the council's last meeting of the year, Dec. 17. A new council will be coming in in January. Hines did not seek re-election to the 6th District but won an at-large seat, Current at-large councilman John Crawford, who unsuccessfully ran against Tim Smith in the Republican primary for the mayor’s race, did not seek re-election to council and Barranda, also a Republican, failed to get enough votes to retain his at-large seat. They will be replaced on council with Democrat Michelle Chambers in an at-large seat and Democrat Sharon Tucker representing the 6th District. The other incumbents won their races: At-large councilman Thomas Freistroffer, Paul Ensley, R-1st; Tom Didier, R-3rd; Jason Arp, R-4th; and Geoff Paddock, D-5th. Jehl ran unopposed. The council makeup changes from 7-2 Republicans to Democrats to 5-4.

The ordinance will be discussed at the Dec. 17 City Council meeting and could be voted on that night.