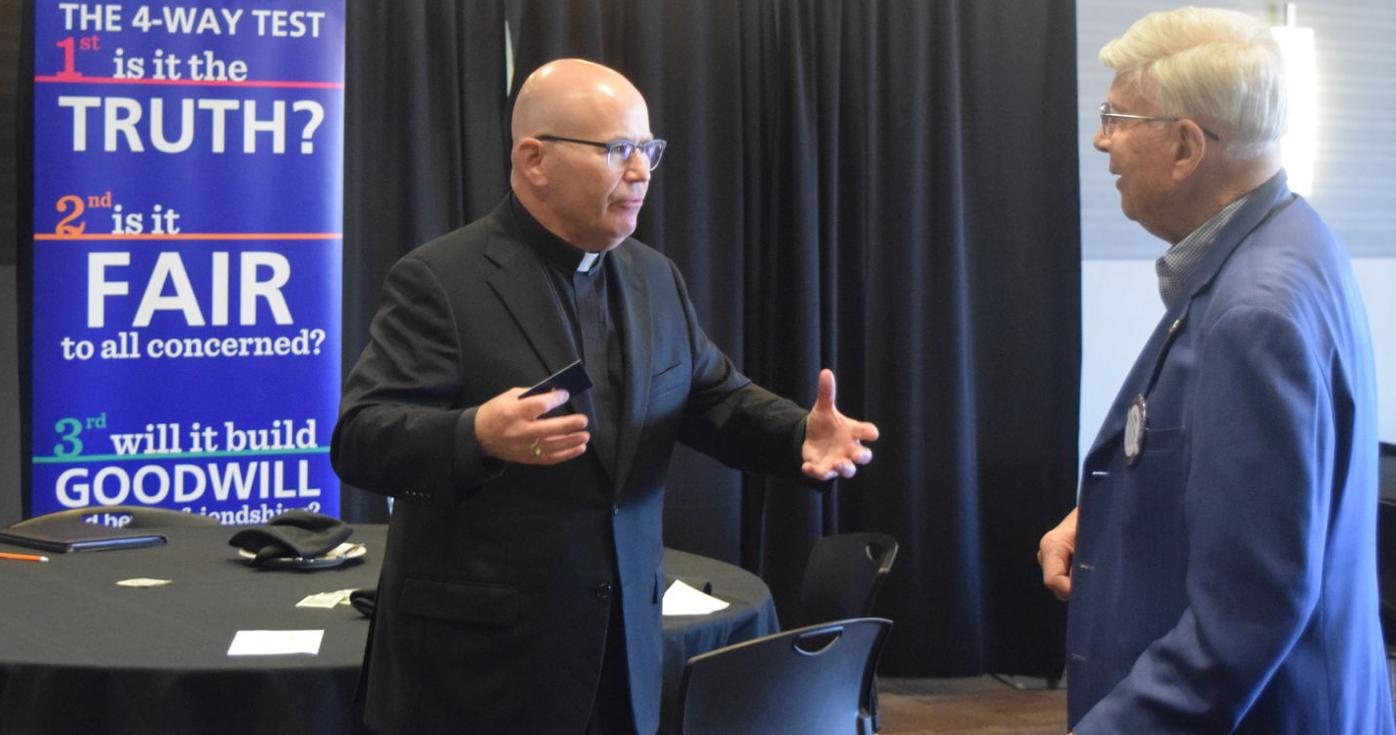 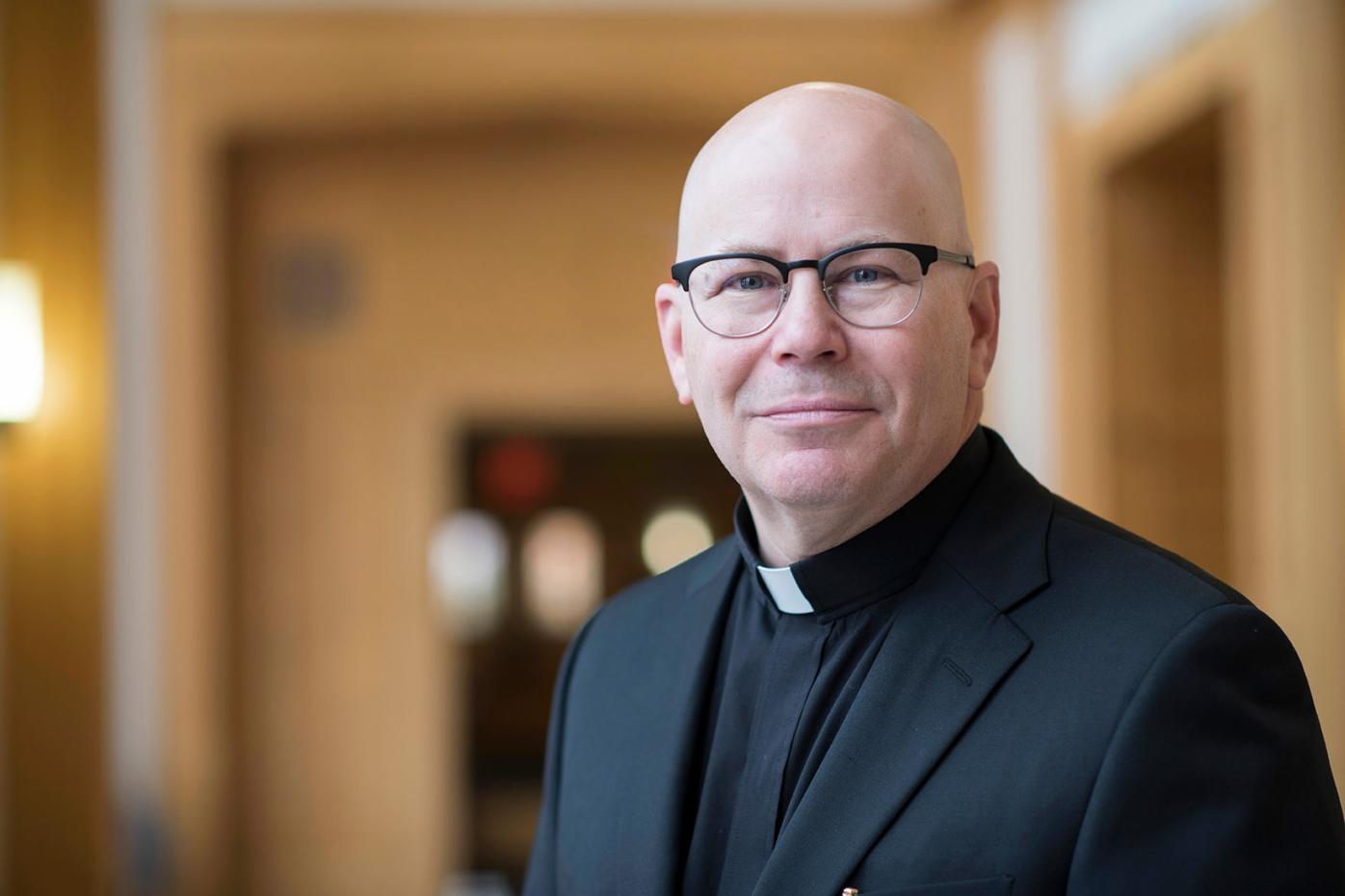 The Rev. Eric Albert Zimmer took over as president of University of Saint Francis in Fort Wayne on July 1, 2020.

The Rev. Eric Albert Zimmer took over as president of University of Saint Francis in Fort Wayne on July 1, 2020.

The Rev. Eric Zimmer, president of the University of Saint Francis in Fort Wayne, knows that to compete with public institutions, the Catholic university needs to have unique programs.

Part of the changes that Zimmer plans includes increasing the numbers of men and Catholics in the student body. And since the local community can’t support those numbers, he’s looking at other states in the region to attract those numbers while offering scholarships at all-boys Catholic high schools and adding programs and sports that will attract male students. USF also plans to open a Center for Health Policy at its downtown campus.

“I have to think about becoming a regional ... school,” said Zimmer, who became president of USF on July 1. “...We have to change how we do what we do.”

USF was founded in 1890 in Lafayette by the Sisters of St. Francis of Perpetual Adoration as a teaching school for their religious order. In the 1940s, they bought what was then the Bass Mansion and property on Spring Street where the main Fort Wayne campus is and went co-ed.

USF is not unique. Even before the COVID-19 pandemic, ever year about a half-dozen small faith-based colleges of less than $1 million in assets would close, a number that Zimmer expects to rise. One factor is the easy access to travel to public higher education institutions, but private colleges also don’t have the resources that public schools do, he said.

“There’s also in recent years a kind of disdain for the liberal arts as impractical,” he said.

Forty years ago, the Detroit native headed to the University of Chicago for the first of many post-secondary academic degrees that he’s received over the decades since it was difficult to get into the trades. Now, businesses are looking for people to apprentice.

Higher education institutions are going to see a drop in the number of college-age population, those turning age 18, around 2025.

“It’s one thing for a place like Purdue not to have maybe quite as many, maybe being short a hundred to 500 students. But if my school were short a hundred students, that would be just a disaster.”

Decades ago, 95% of school-age Catholics went to Catholic schools; now it’s 15%, Zimmer said. The numbers of students in Catholic schools dropped 33% from 2000 to 2010 and has fallen even more since, he said.

“And so this is a system that is very large still, but clearly in distress,” he said.

'Power and money over ethics': Avlon fires off on GOP

Tuition-dependent Catholic schools are finding it hard to compete with lower-cost public institutions.

How USF can compete

Zimmer wants to see an equal percentage of male to female students at USF, whereas now it’s 70% female.

He also wants to increase the percentage of Catholic students from 30% to 50%.

USF’s largest program is nursing, which is 90% female. Zimmer is looking at changes in the health program for underserved areas. The Crown Point campus is about to open a new building that will double the student size for its associates degrees in health sciences.

In Fort Wayne, he’s looking at opening the new Center for Health Policy in the former Mizpah Shrine on Berry Street that the university bought after buying the connecting Historic Scottish Rite about a decade ago. The latter now houses the USF Robert Goldstine Performing Arts Center, but the Mizpah Shine building hasn’t been used and is in need of renovation. The Ewing Street side of the block houses the university’s Keith Busse School of Business and Entrepreneurial Leadership.

By expanding its recruiting into the region, USF can focus on 18 all-boys Catholic high schools and offer special sports scholarships as well as increase the number of sports.

“We’re offering a full scholarship to one student each year from those schools,” Zimmer said.

The students would pay for room and board on campus but get a full-tuition scholarship. By getting 15 students from those schools, he’ll increase the male and Catholic percentage points by over 3% each year, eventually reaching 40%.

USF will also add a retreat program, common among other Catholic schools.

Student retention will play a key role. The retention rate, the percentage of first-year students last year who come this year, is about 73%, around the “middle of the pack,” Zimmer said. The numbers are tracked nationwide at colleges because it’s during that transition when institutions lose their highest number of students. Some students realize college isn’t for them, but for every student who leaves after the first year, it’s a loss of three years of tuition and alumni fundraising.

The University of Notre Dame, also a Catholic university, with its national recognition, has a retention rate around 100%, but it started in 1842 as a primary and secondary school, Zimmer said. Another Catholic college, Boston College, started as a commuter campus and now has the second largest endowment of Catholic institutions, second only to Notre Dame.