Get Started
You are the owner of this article.
Edit Article Add New Article
You have permission to edit this article.
Edit
Home
News By Industry
e-Edition
Opinion
Lists & Leads
People
Events
Insights
Publications/Sections
Jobs
More...
Other KPC Newspapers
1 of 10

Data provided by Community Research Institute of Purdue University Fort Wayne included a look at the workforce population by age. 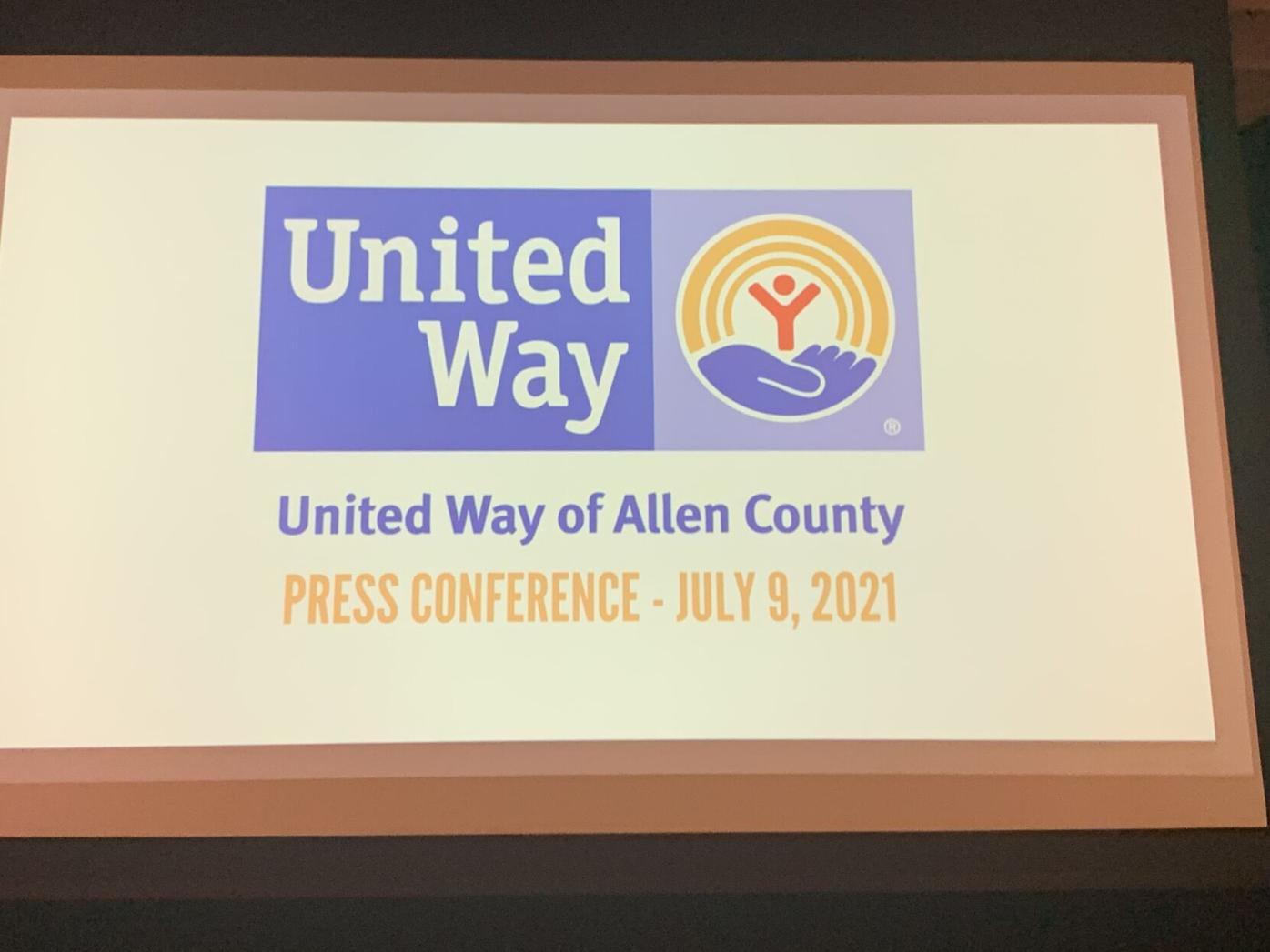 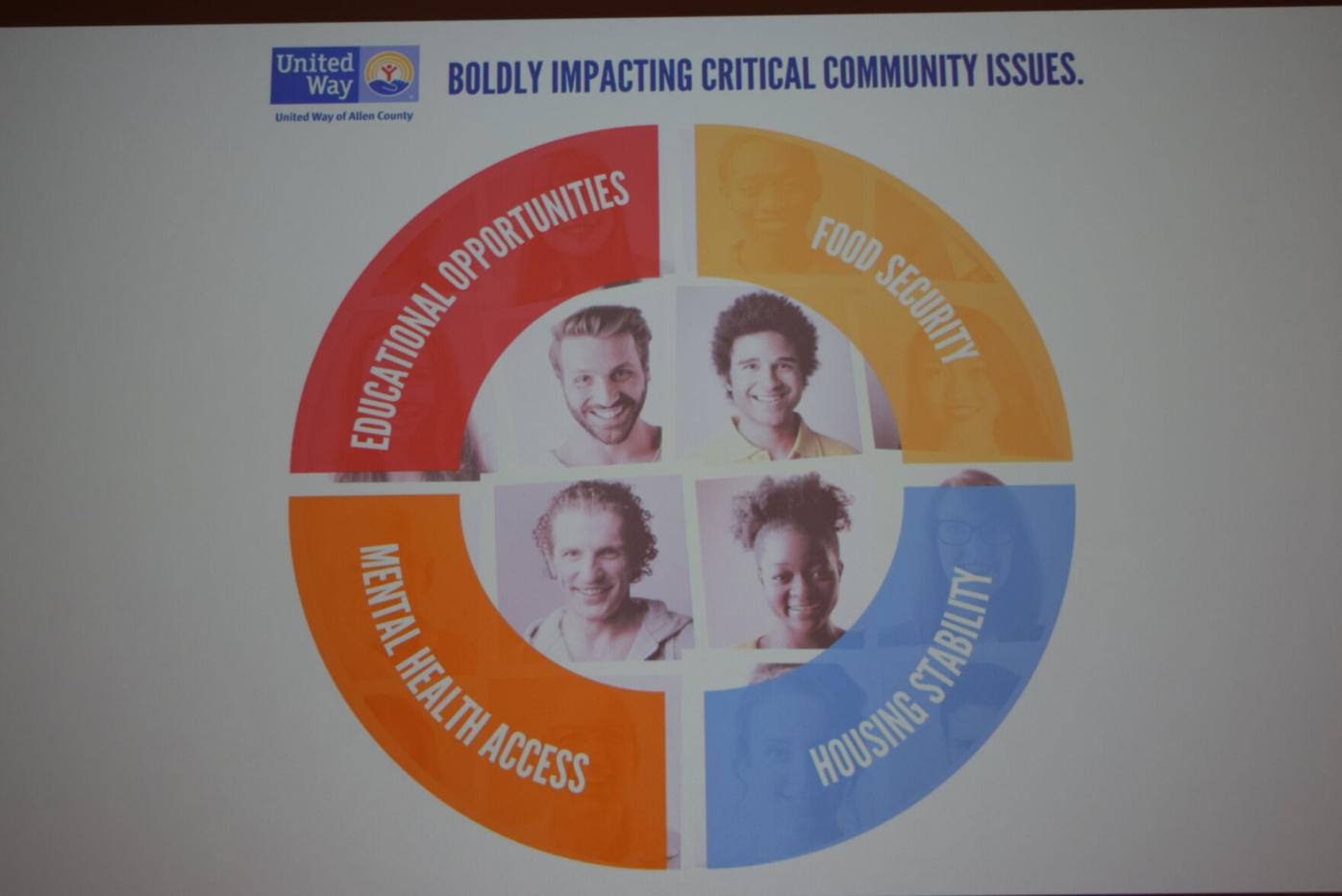 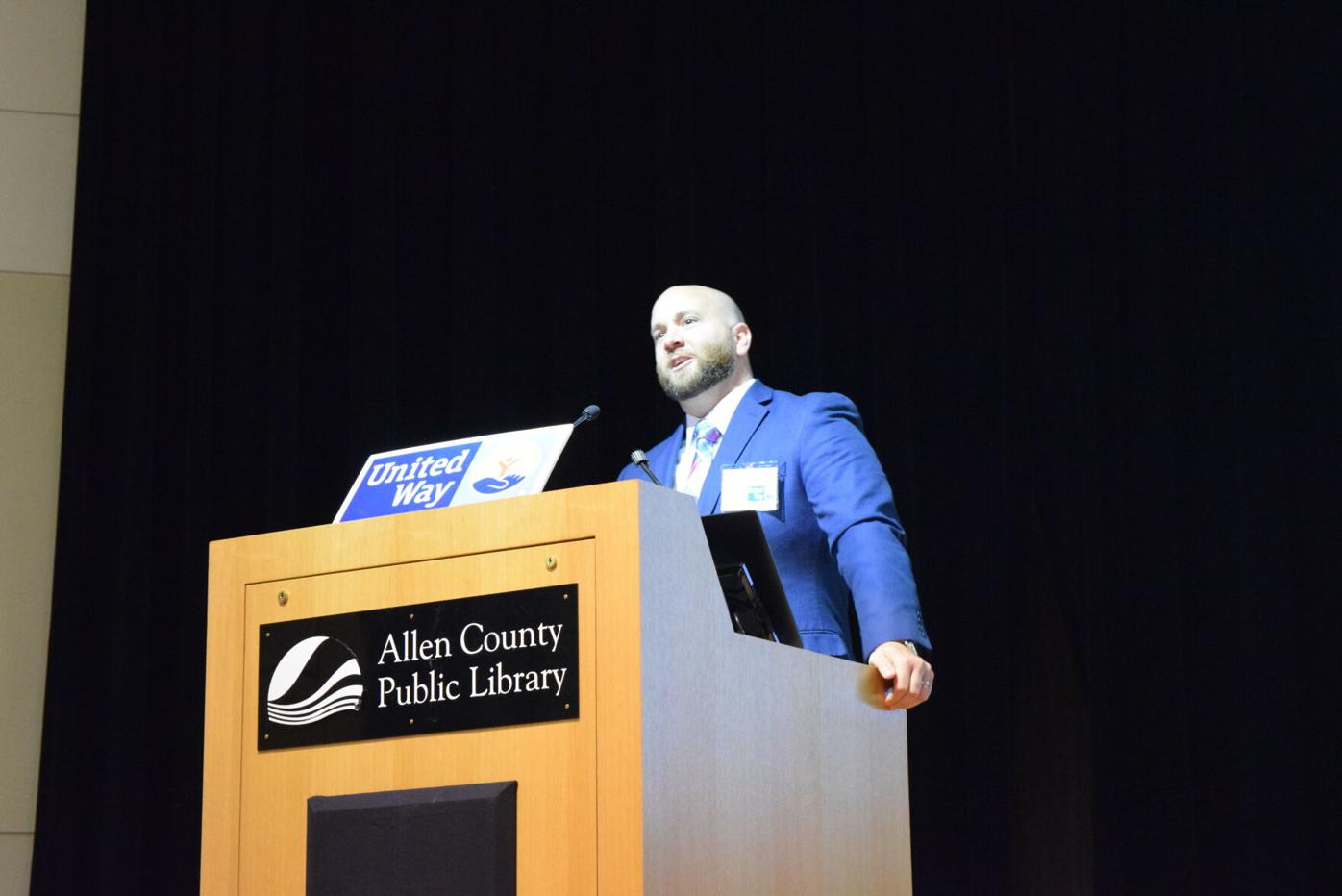 Matthew Purkey, president & CEO of United Way of Allen County, announces the agency's new areas of focus, based on community input and data.

Allen County lags the state and the nation in average weekly wages. 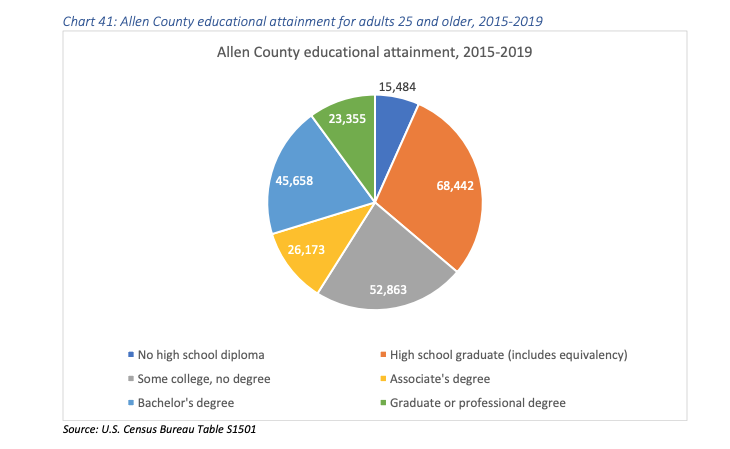 The majority of respondents have attended school beyond high school.

The vast majority of Allen County respondents identify as white. 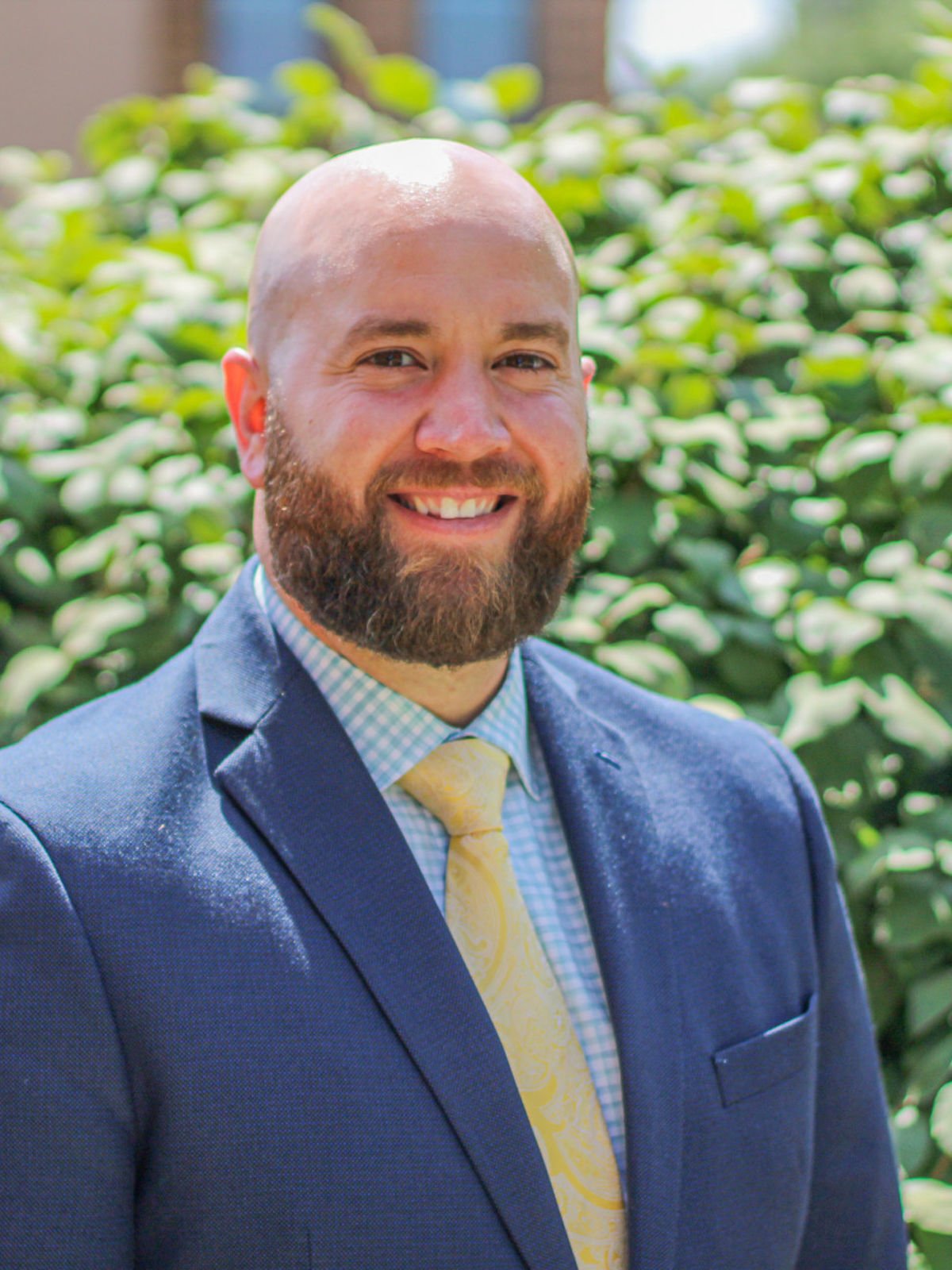 Data provided by Community Research Institute of Purdue University Fort Wayne included a look at the workforce population by age.

Matthew Purkey, president & CEO of United Way of Allen County, announces the agency's new areas of focus, based on community input and data.

Allen County lags the state and the nation in average weekly wages.

The majority of respondents have attended school beyond high school.

The vast majority of Allen County respondents identify as white.

After community conversations, a survey and other data collection, United Way of Allen County on July 9 announced its plans to focus on three critical community needs: education, public health and mental health.

The umbrella agency for a number of social service agencies announced its plans after partnering with Community Research Institute of Purdue University Fort Wayne.

The result of 16 months of work and a $46,000 investment with 32 community conversations and 6,000 pages of data resulted in United Way creating four priorities: educational opportunities, food security, housing stability and mental health access.

During the next six to eight months the agency will look at ways to address those priorities.

In the meantime, it will continue its fundraising for its partner agencies until June 30, 2022. After that, fundraising will focus on its four priorities.

"This is the new direction of the United Way; we are no longer just a nonprofit ATM; we are a community problem-solver," United Way of Allen County President & CEO Matthew Purkey said.

That means some nonprofits will no longer receive its funding.

"Through this process we had to understand that we were not going to make everybody happy." Yet, United Way will remain a resource for those groups, Purkey said.

Part of the work involved using the most available third-party data, 2019, as well as the Community Insights Survey, which called 400 people by cell phone and landline and oversampled in urban and rural ZIP codes March 23-April 17, Rachel Blakeman, director of the Purdue University Fort Wayne Community Research Institute.

The data, which included the Fort Wayne Police Department, Indiana Department of Education and U.S. Bureau of Labor Statistics, provided a look at topics such as internet access, poverty rates, voter participation and household structures.

Some things were missing.

• Between 2014 and 2019 Allen County switched over to having more people in households over aged 60 than those with children younger than age 18. "That's a pretty significant demographic shift when we talk about ourselves being a family-friendly city, and a child-friendly city; we also need to be thinking about being an older-person-friendly city," Blakeman said.

• The United States, Indiana, and Allen County got more educated over the past decade as measured by adults with high school diplomas and bachelor’s degrees, but Allen County’s growth was slower than the state and nation.

Cheney and Kinzinger respond to McCarthy over committee comments

• Allen County’s average private-sector wages have lagged behind the national average. While the average weekly wage for the U.S. is $1,138 and for the state it's $943, it's $914 in Allen County.

• Allen County's labor force participation rate if very high. "When the governor says we're a state that works, that's absolutely correct," Blakeman said. The number of those who are working or looking or work in Allen County is comparable to the state's number and often higher than the nation as a whole. Between 1991 and 2019, the county labor force rose from 160,641 to 186,799.

• The vast majority of children, working-age adults, and seniors in Allen County had a broadband internet subscription, with the percentages higher than the state and nation.

• From 2015-2019, the largest portion of Allen County residents had a high school diploma or its equivalency, 68,442; 52,863 had some college but no degree; 26,173 had an associates degree; 45,658 had a bachelor's degree; and 23,355 had a graduate or professional degree, while 15,484 had no high school diploma. "Locally Allen County did well at getting people to either start college or complete their associate’s degree," the report said. "Ultimately, all three geographies are getting more educated over time but Allen County and Indiana still lag behind for bachelor’s degree or higher."

Heidi Fowler, dean of Ivy Tech Community College, said the school has designed programs for people who don't have two years to devote to an associates degree. "Someone who is currently only barely making ends meet can spend one semester with us to obtain a certificate in a high-wage, high-demand area and then get a job with a living wage with those skills."

Currently, the county has jobs for welding, supply chain and Microsoft Office specialist that pay three times the minimum wage, and Ivy Tech has 1-semester, 16-week certificates in each of those areas. Those certificates can be "stacked" into a higher certificate and used toward an associates degree.

Dr. Sarah GiaQuinta, vice president of community health at Parkview Health, "United Way's commitment to food security and housing stability is just the first step in making true change for those who are most vulnerable in Allen County."

Food security, having reliable access to affordable nutritious food, is not a given because 13% of Allen County residents don't have enough food, GiaQuinta said. "Literature shows food insecurity is associated with a number of health issues in adults and children, including depression, anxiety, iron deficiency, anemia, obesity and even asthma." That can contribute to poor school performance, reminding GiaQuinta of something said during a strategic planning meeting, "A hungry belly has no ears."

Equally important is housing stability, she said. In 2016, Fort Wayne had 3,049 documented evictions, making in the 13th highest in the country. Some residents pay 30% of their annual income on rent and utilities. Unstable housing lead to disruptions in employment and education, and can lead to aniety, increased drug use and general poor health, she said.

Much of the data didn't cover 2020, but the COVID-19 is known to have had an impact on residents' mental health.

Demand for its programs has risen 30-50% because of the pandemic, he said.

See the available data at www.unitedwayallencounty.org/community-level-data.