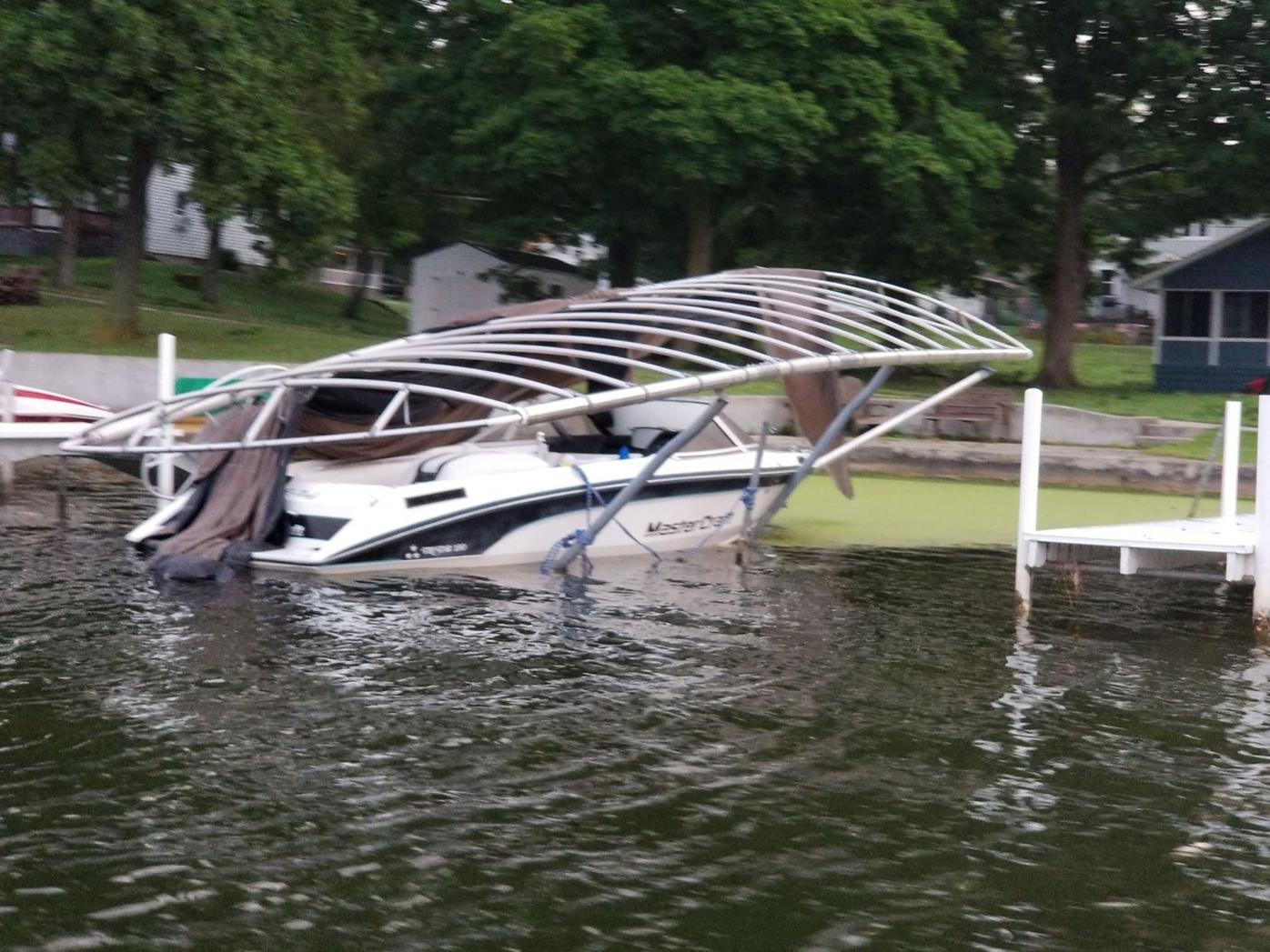 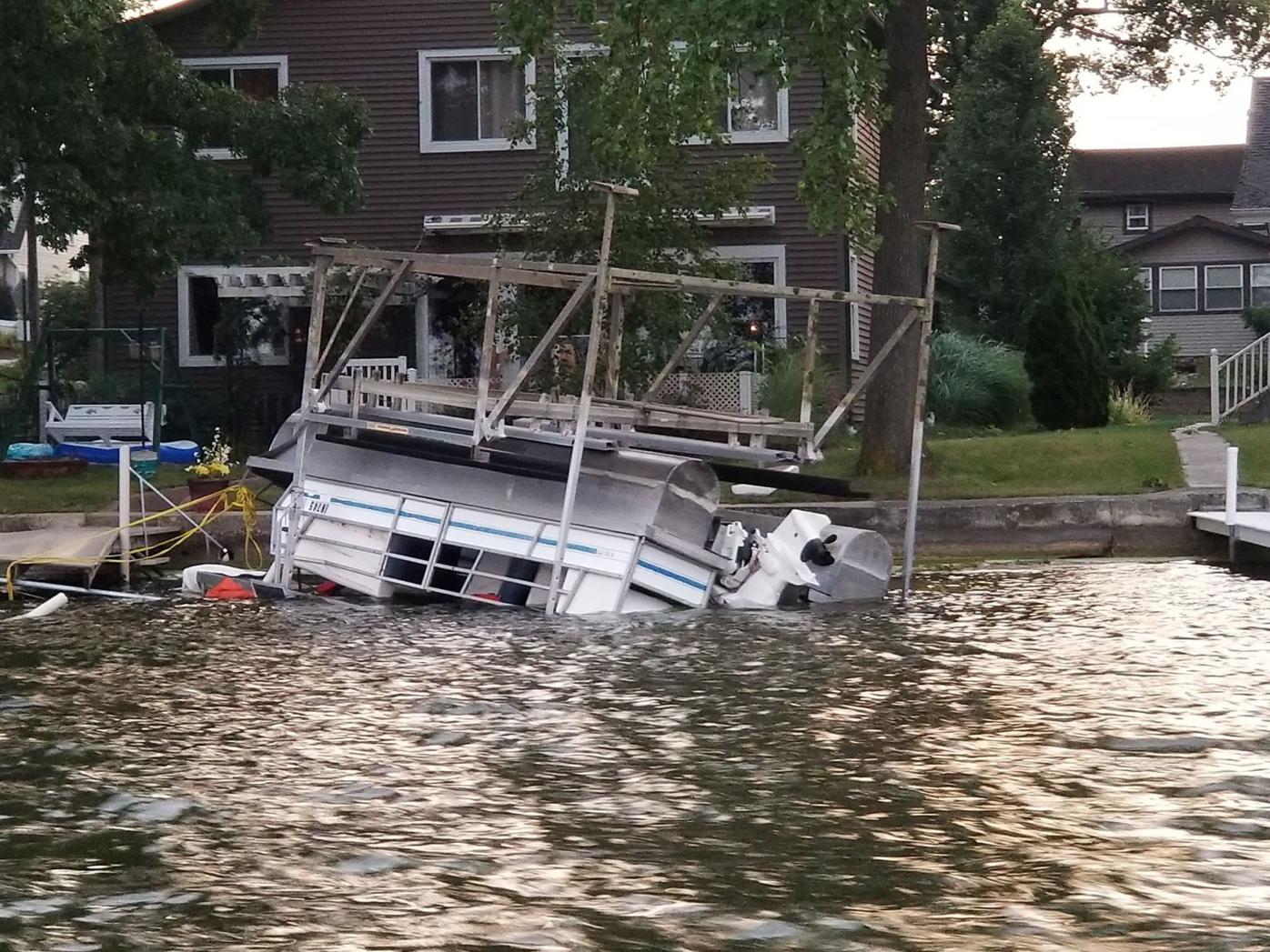 An evening wind storm Aug. 10 uprooted this large tree west of Main Street in Kendallville. Multiple neighborhoods were cleaning up and thousands were without power after a line of strong storms swept northeast Indiana after 7 p.m. Aug. 10.

An evening wind storm Aug. 10 uprooted this large tree west of Main Street in Kendallville. Multiple neighborhoods were cleaning up and thousands were without power after a line of strong storms swept northeast Indiana after 7 p.m. Aug. 10.

The Allen County Coroner’s Office has identified a woman who was with a child inside a mobile home in Fort Wayne that overturned during Aug. 10’s storms.

The coroner’s office was contacted and advised of the death of Isabel E. Atencio, 73, who was a resident of the trailer in the 4300 block of Brimstone Road, according to a news release from the coroner’s office.

Atencio was transported to a local where she was pronounced dead.

She died of blunt-force injuries, and her death was ruled an accident by the coroner.

The National Weather Service Northern Indiana office issued a tornado warning at around 7:15 p.m. Aug. 10 because of rotating wind. Whitley County’s emergency management reported a tree downed into a house at around 7:20 p.m.

In Kendallville in Noble County, hundreds were still without power, schools were closed and numerous residents were out picking up downed limbs and cutting up fallen trees the morning of Aug. 11.

Powers lines were still down, including west of Main Street where one utility pole was down diagonally across the street and a tangle of dead lines are tangled in large branches and snapped trunks.

A few downtown businesses also suffered damage. The fabric awning at Whatchamacakes was shredded and next door at A&G Gun and Supply, the metal awning collapsed, causing damage to the building.

The marquee at the Strand Theatre down the block also appeared damage, with the north-facing side of the light-up display smashed and broken. Other downtown buildings also appeared to suffer broken windows during the storm.

Webster Lake resident Jason Bogart reported seeing overturned pontoons and damage to docks on his way to work the morning after the storm in Kosciusko County.

Peak wind gusts of 66 mph were reported in Benton Harbor during the storm, causing heavy damage in southwest Michigan, according to I&M.

I&M was deploying more than 900 employees along with contractors and others from other power companies to help with restoration. Many of them were already on the ground, and more were traveling to I&M’s service territory. Given the widespread, extensive damage, this is likely to be a multi-day restoration effort, according to a company news release.

Numerous tree branches that were blown onto power lines were a major cause of the outages, which occurred across I&M’s service territory; crews found at least 50 broken or damaged poles the first day, according to the company.

I&M reminds customers and the general public of the possible dangers caused by the storm:

• Downed power lines. Stay away from any downed wires and report them to I&M. You can call us at 800-311-4634, report on our app or website, or call 911. Downed wires may be hidden by limbs and debris or touching a fence, so look carefully before cleaning up after the storm.

• Trees could fall or drop limbs at any moment, please look up. Even a day after the storm subsided, damaged trees, branches and limbs could still fall.

• Standing water could hide debris or even downed wires.

• Roads will likely be wet, slick and covered with debris.

• Traffic lights may not be functioning. Please use caution and be mindful of first responders and utility workers on the roads.

— Steve Garbacz, editor of The (Kendallville) News Sun, contributed to this report.