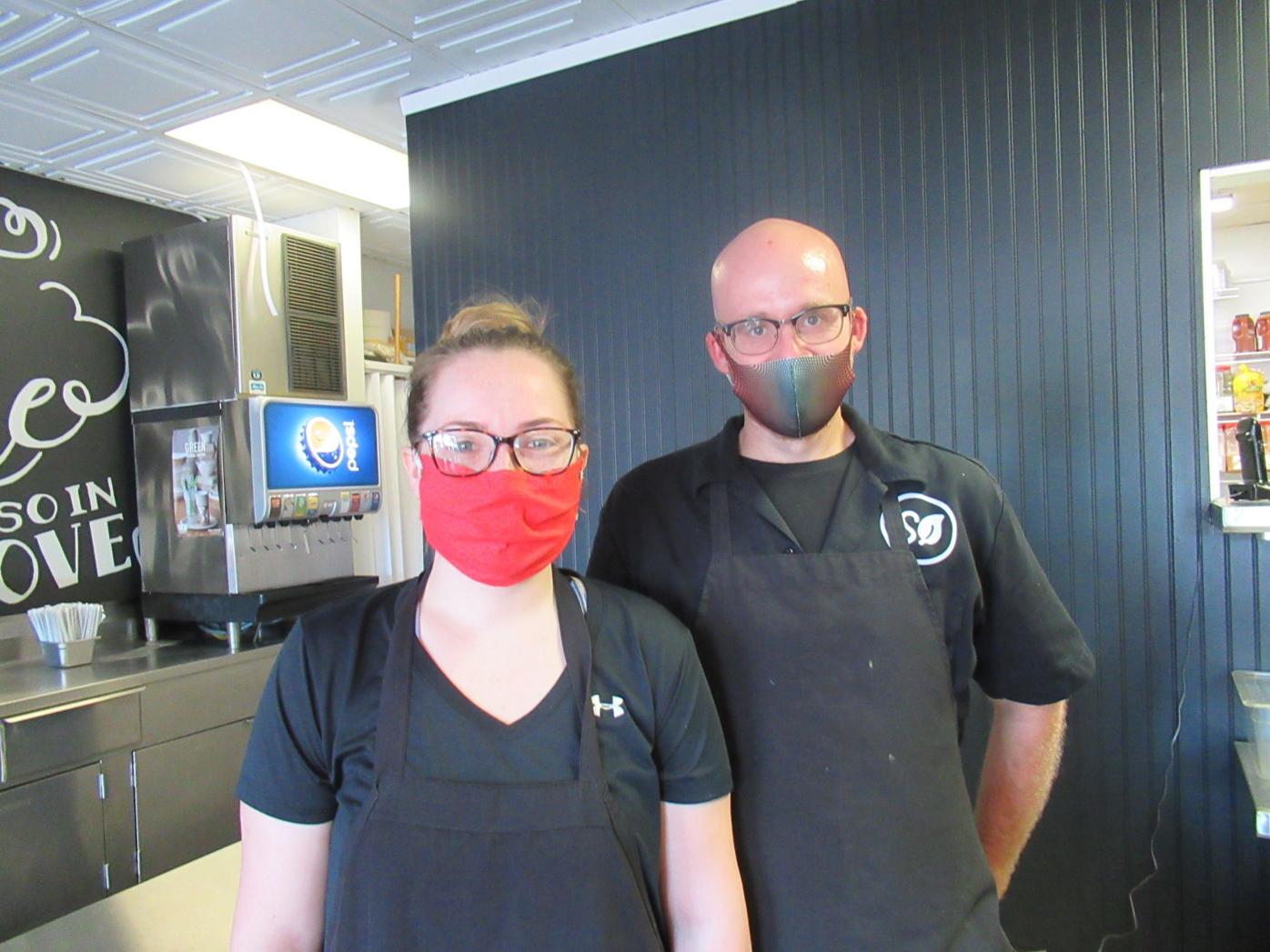 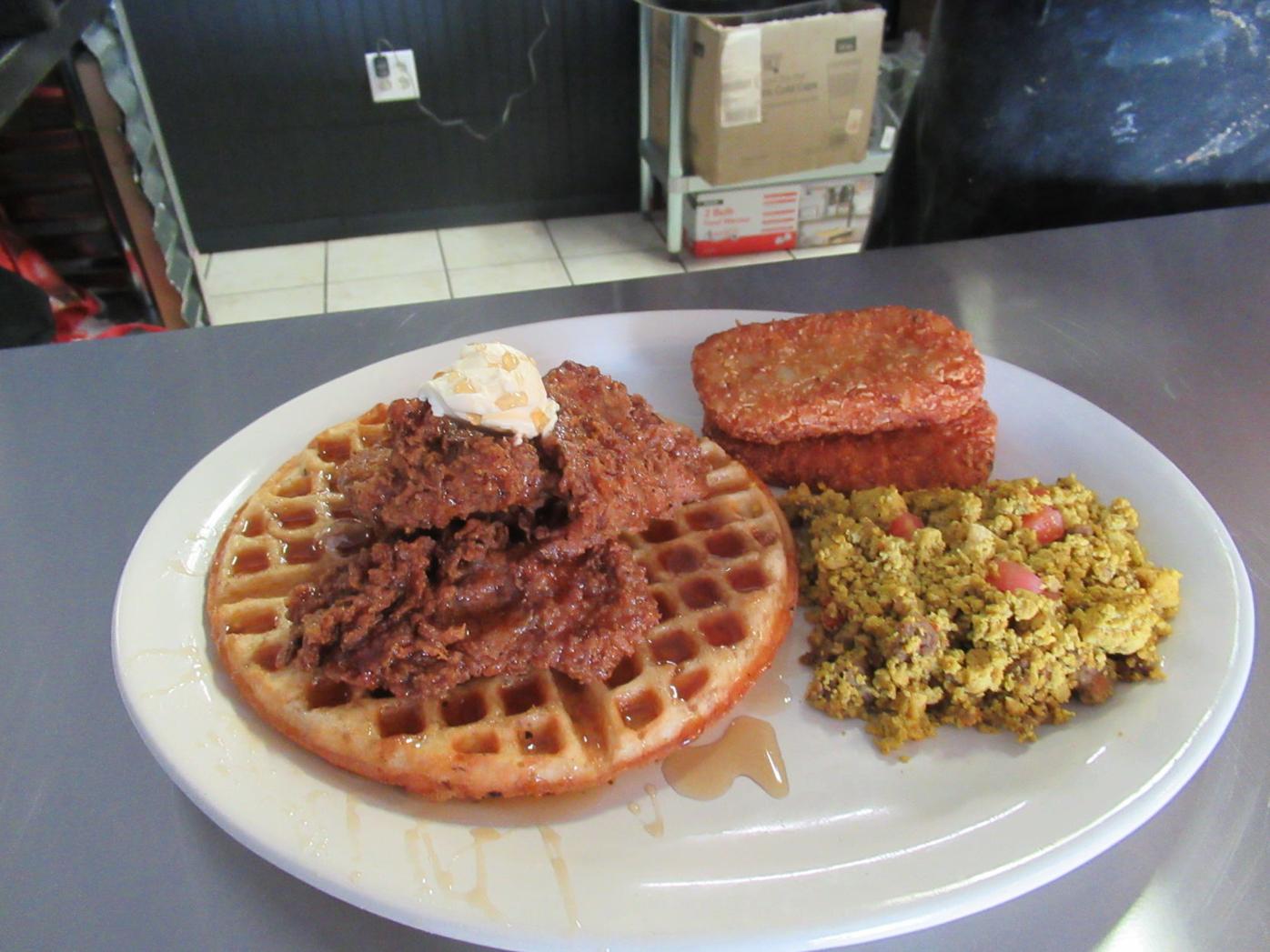 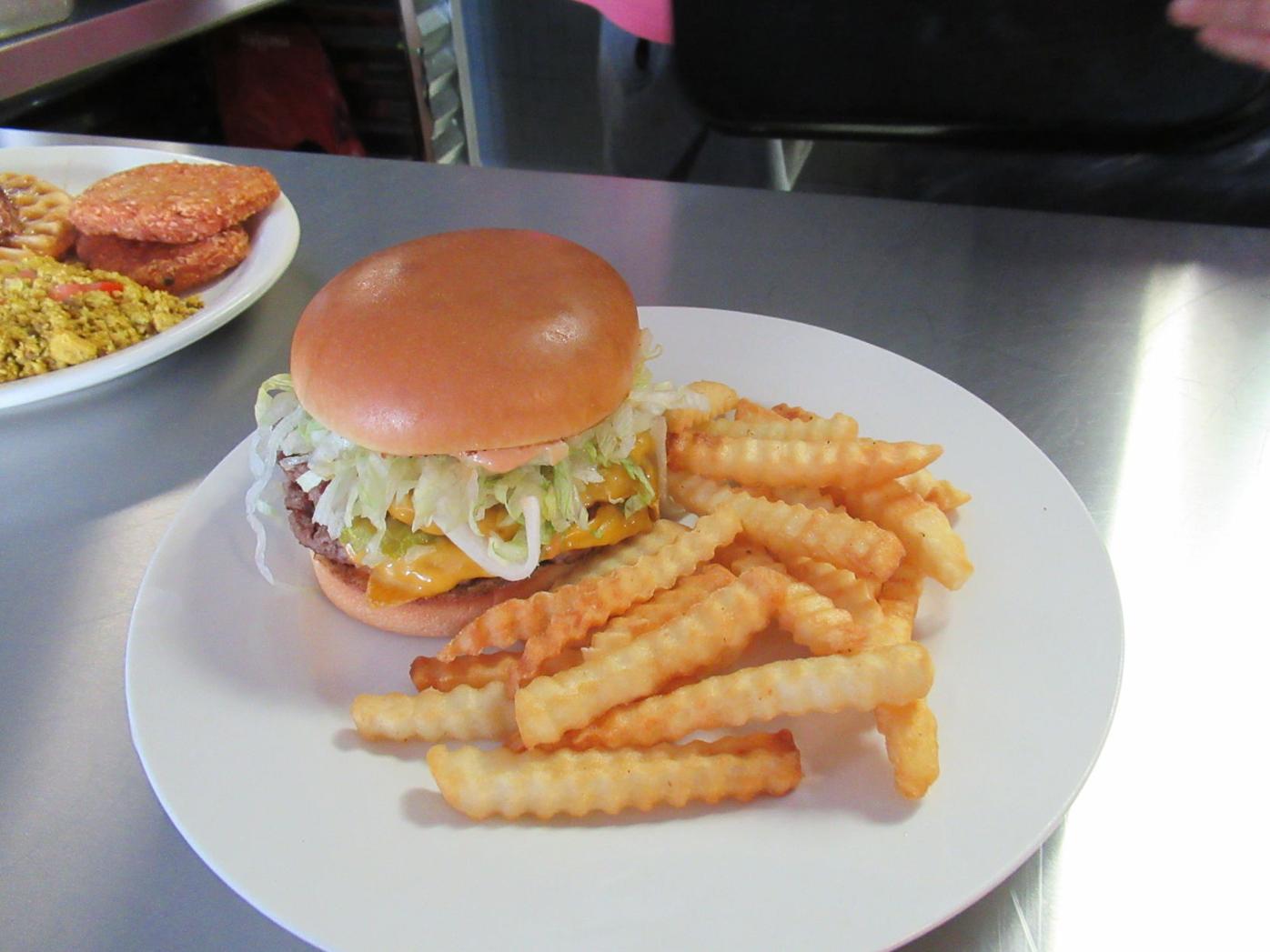 Junie burger at Savery Vegan Grill is made with Impossible meat. 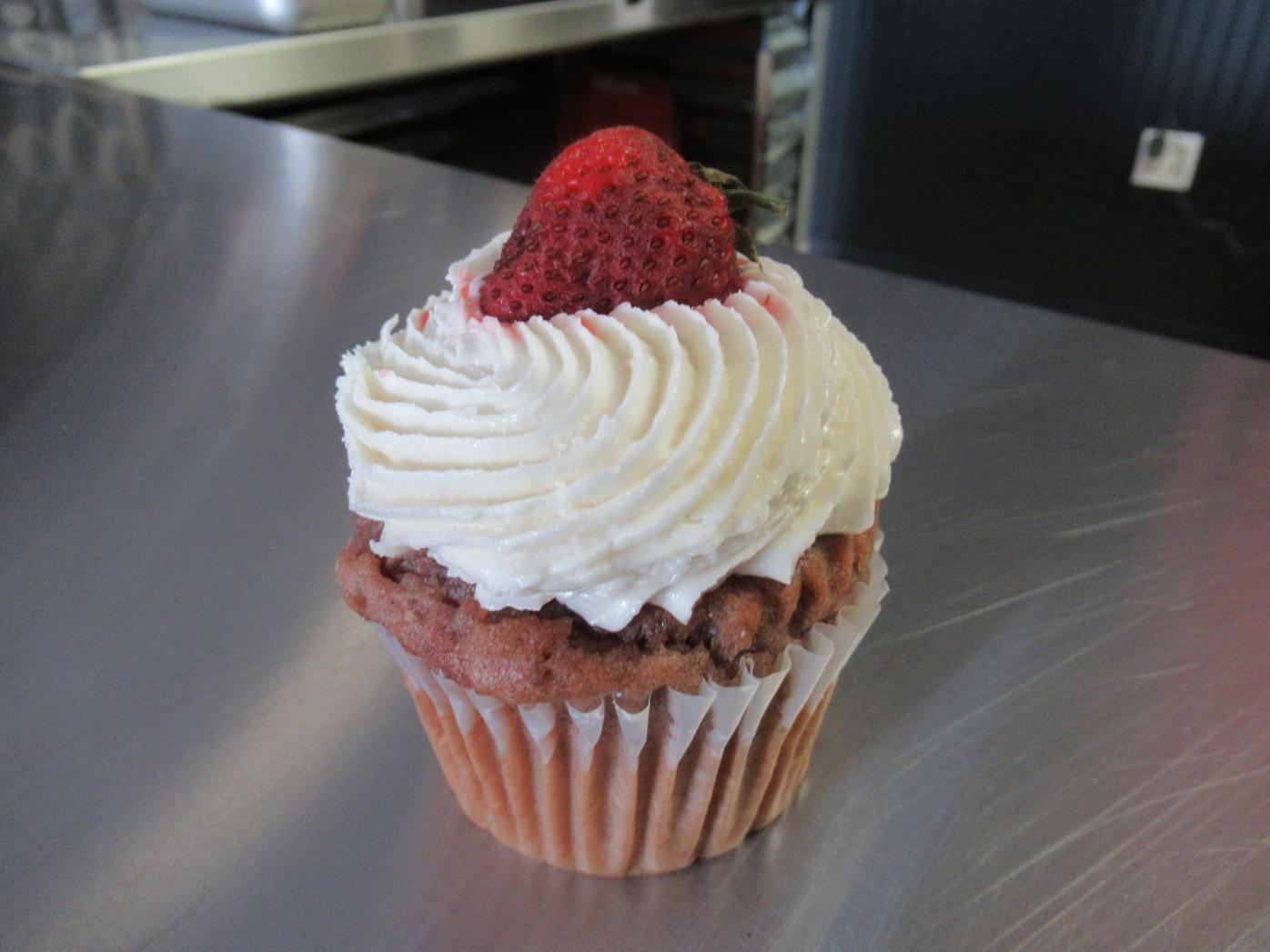 A strawberry cupcake is a great topper for a meal at Savery Vegan Grill. 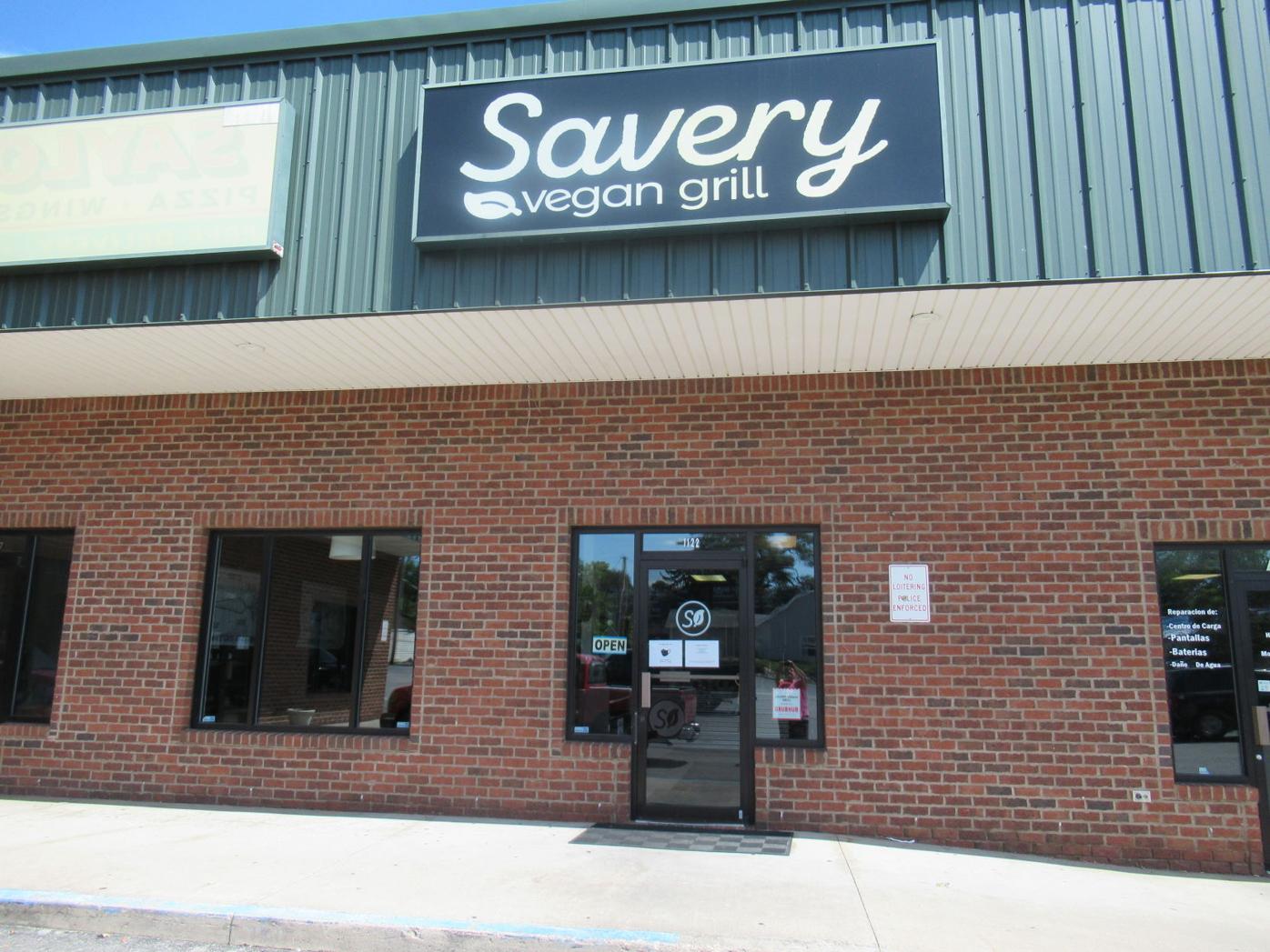 Savery Vegan Grill has received a lot of support from local vegans during COVID-19, who want to make sure it remains in business.

Junie burger at Savery Vegan Grill is made with Impossible meat.

A strawberry cupcake is a great topper for a meal at Savery Vegan Grill.

Savery Vegan Grill has received a lot of support from local vegans during COVID-19, who want to make sure it remains in business.

Savery Vegan Grill is a family-owned business. Teresa George and her two adult children, Bradley and Brittany George, began their first foray into the restaurant business in November 2018. After going vegan they decided to open a vegan restaurant. Their purpose was two-fold. They wanted show people how easy it is to go vegan and they wanted to save animals.

“We wanted to show people they could still eat the same foods they loved before they went vegan,” Brittany George said.

Then the family discovered there was more they could offer the Fort Wayne vegan community.

“We had been vegan for a couple of years and felt like there was a very specific type of vegan food that was missing. Vegan junk food was unavailable. The food we all ate before going vegan was missing,” George said.

Being first-time restaurateurs was challenging. Successfully running the kitchen was one of their first hurdles.

“We had no idea what we were doing back there. We taught ourselves,” she said.

Naming the restaurant was easier. Their goals were creating good food and saving animals. Combining ‘savory’ for food and ‘save’ for animals created the unusual spelling ‘Savery.’

“Savery is a play on words about savory food and saving animals,” George said.

Like every other restaurant, COVID-19 affected the Savery Vegan Grill.

“We were really scared when COVID-19 hit. Thankfully, the vegan community is very supportive. People that came in once every two weeks started coming twice a week for carry-out because they were worried about us and our livelihood,” she said.

COVID-19 also impacted the delivery of supplies to the restaurant.

“Some supplies from food to gloves were harder to get when COVID-19 hit. It has been a challenge to make sure we get what we need,” said R J Biddle, who serves as the general manager. It is an unofficial title, he said. Adding, he initially found the Savery Vegan Grill through a Facebook connection.

“I started working here shortly after they opened. I wanted to go into the vegan food industry soon after I became vegan,” he said.

Georgia is now the center of the political universe

Overall, about 70% of our business is back despite COVID-19, George said in late summer.

One thing that was not back to normal yet was their once-very-popular Sunday brunch.

“We are the only place in Fort Wayne that offers a full vegan brunch. It used to be super busy, but less people are dining in now,” George said.

“I used to fill every table on Sunday. Now with COVID-19, I fill less than half of the tables,” Biddle said.

The Sunday brunch features include: Vegan chicken and waffles, biscuits and gravy, and specialty pancakes like strawberry banana and banana walnut. An assortment of breakfast sandwiches is also available.

A vegan country fried steak is non-GMO dehydrated soy. We rehydrate it with flavorings based on the flavor we are trying to mimic, she said.

“We meet people all the time that say, ‘I didn’t know this is what vegan food was like,’” George said.

While serving good vegan food is important saving animals is just as important to the restaurant family.

“A lot of people hear the word vegan and think it has to be healthy. We are not actually here for health reasons. Whether people eat vegan daily or a couple of times a week we are doing our part to reduce animal exploitation suffering and slaughter,” Biddle said.

“We were really scared when COVID-19 hit. Thankfully, the vegan community is very supportive. People that came in once every two weeks started coming twice a week for carry-out because they were worried about us and our livelihood.”