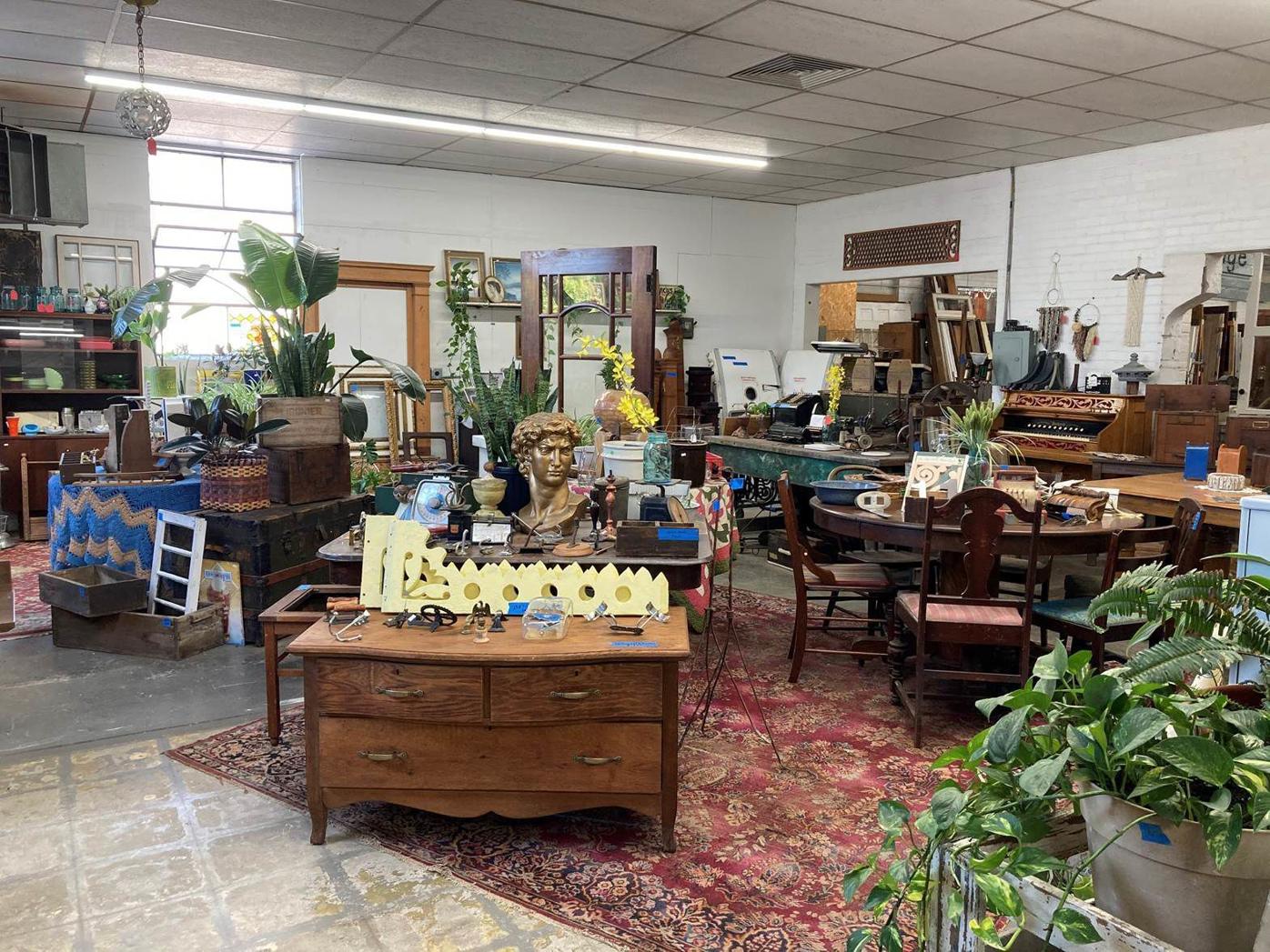 Wood Shack Architectural Designs has always had a bit of everything. Now as Reclaimed Fort Wayne it has added locally made items. 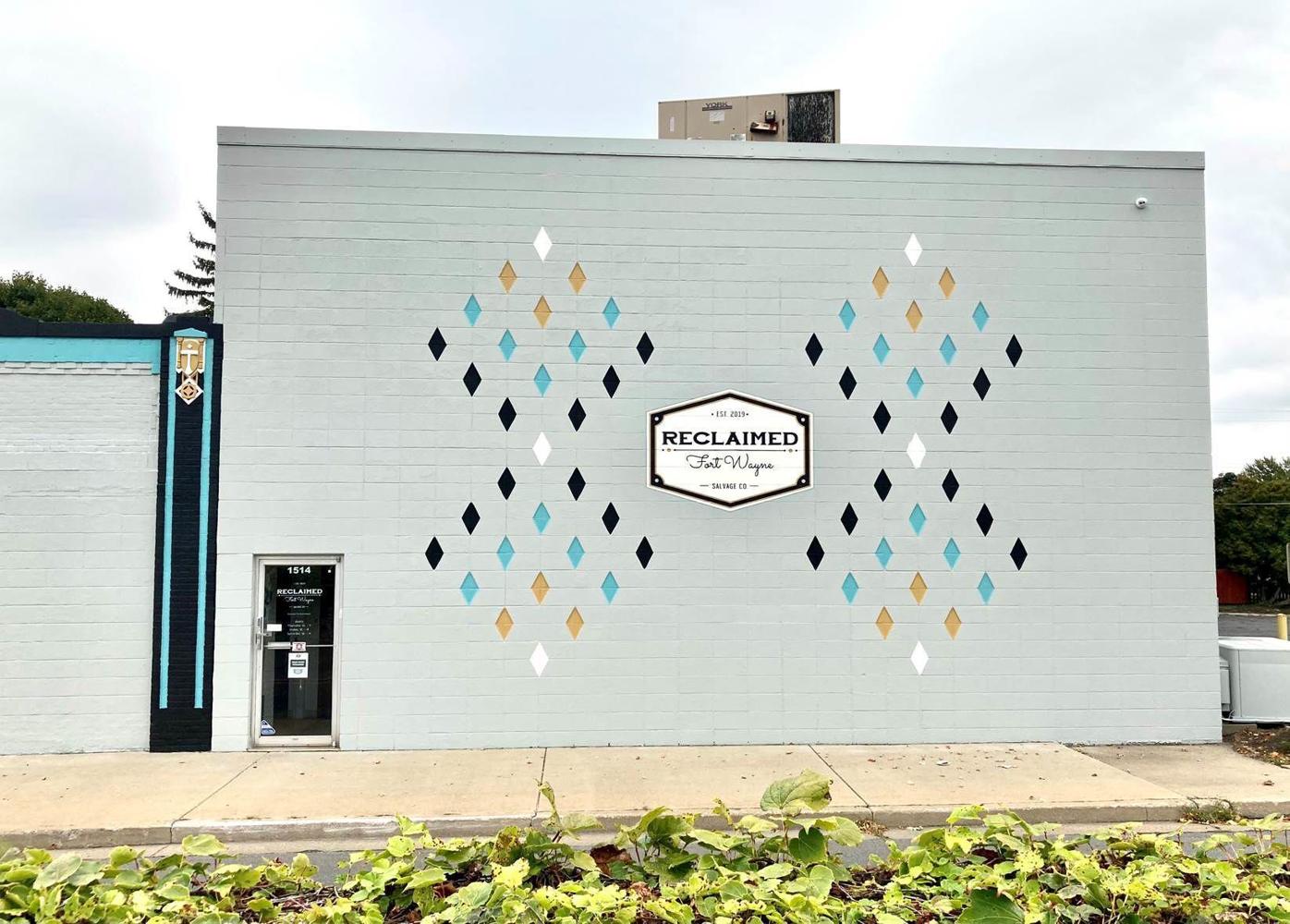 Reclaimed Fort Wayne has a newly painted exterior with its new name. 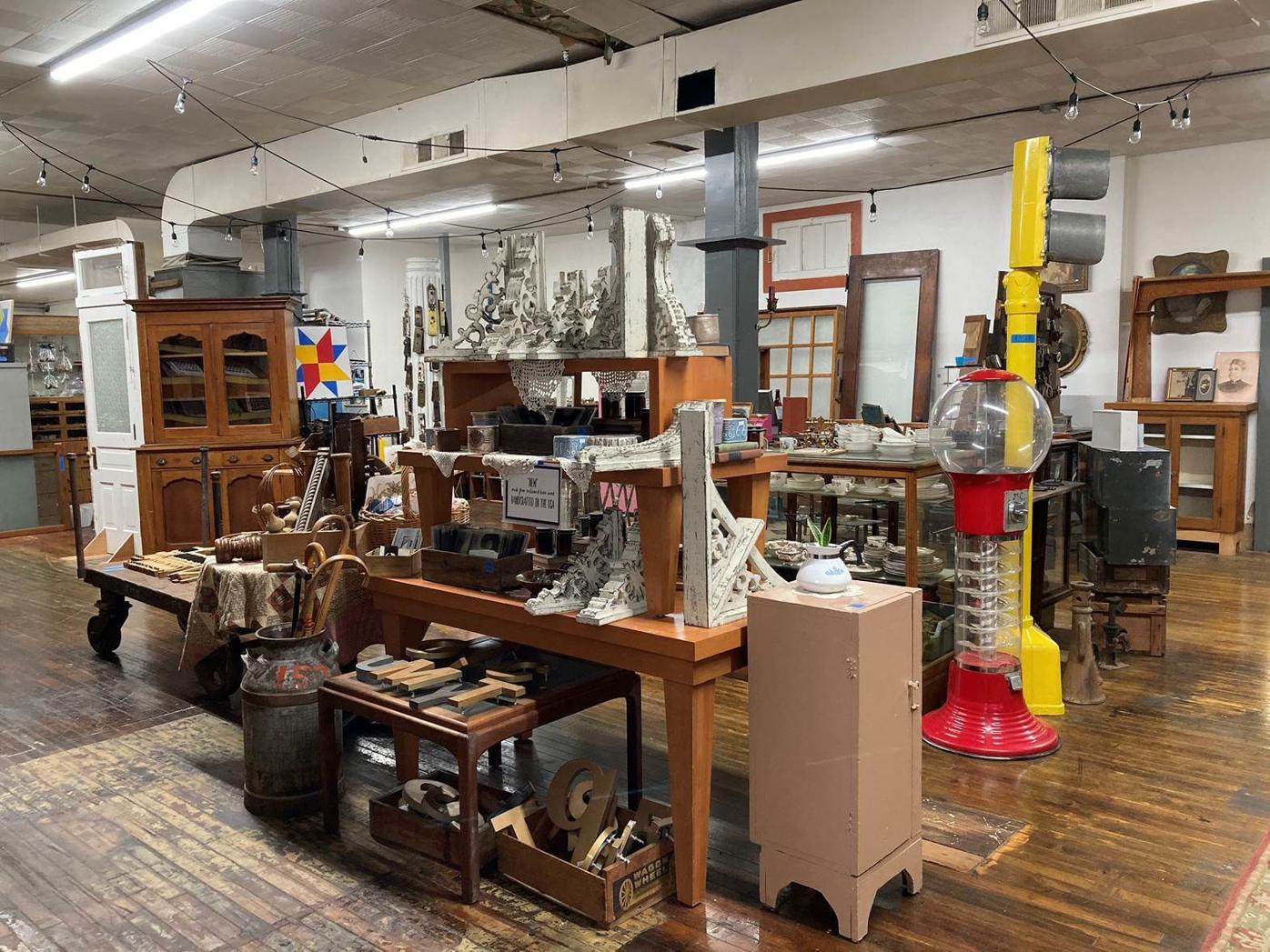 Items of all ages, including a Corning Ware Blue Cornflower pattern carafe, right, and china cabinet, left, are sold at Reclaimed Fort Wayne. 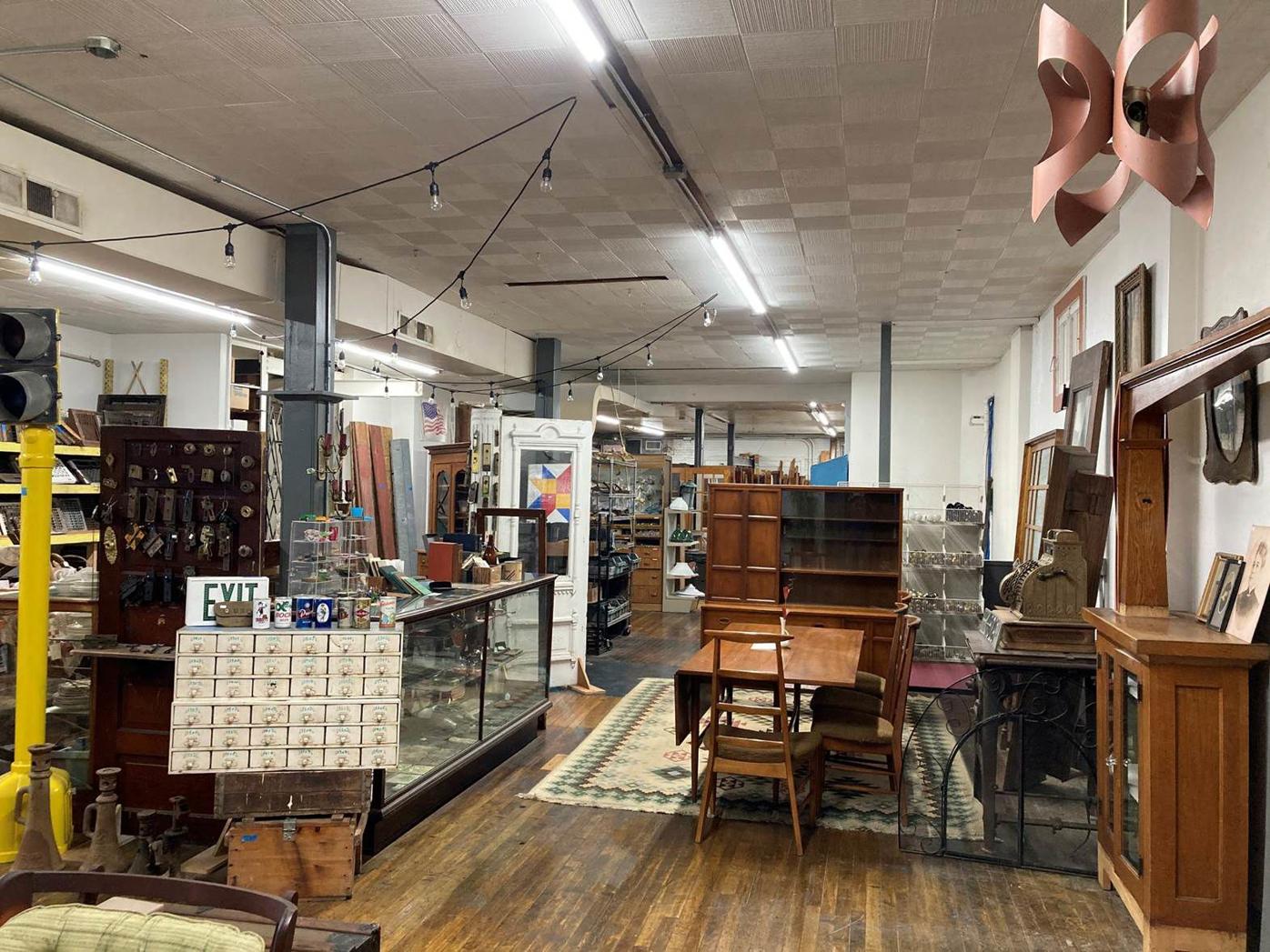 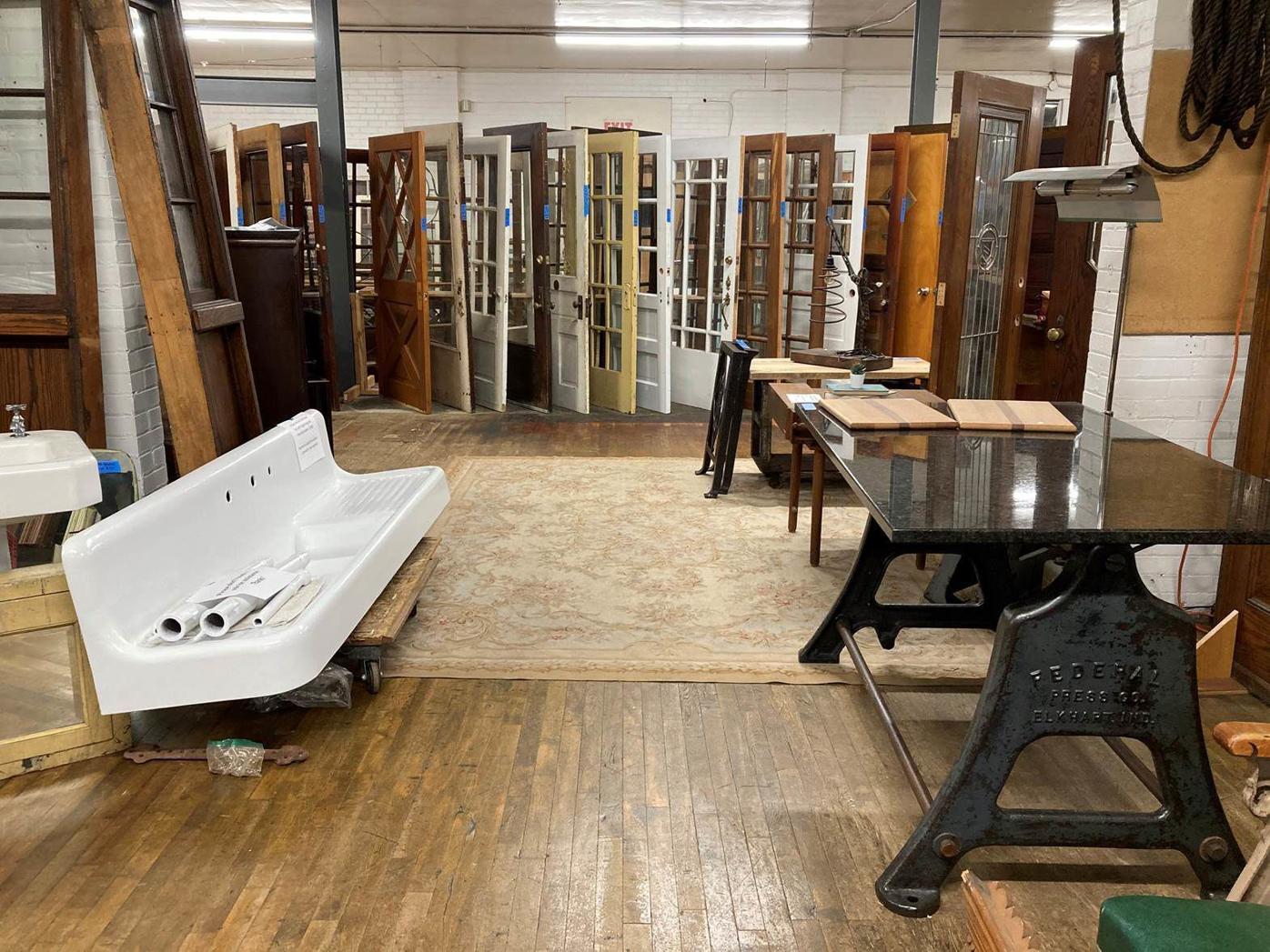 A rack of doors, rear, makes it easy for customers to find just the right one.

Wood Shack Architectural Designs has always had a bit of everything. Now as Reclaimed Fort Wayne it has added locally made items.

Reclaimed Fort Wayne has a newly painted exterior with its new name.

Items of all ages, including a Corning Ware Blue Cornflower pattern carafe, right, and china cabinet, left, are sold at Reclaimed Fort Wayne.

A rack of doors, rear, makes it easy for customers to find just the right one.

First Wood Shack Architectural Designs got new owners. Then it had a new location. Now it’s got a new name and has added creative work spaces and locally made items for sale.

Owners Chuck and Lyndsey Springer are rebranding their business under the name Reclaimed Fort Wayne.

Opened in January 1973 and previously owned by community improver Jerry Vandeveer and his late wife, Linda, the architectural salvage company didn’t own its building at 444 W. Baker St. The Springers bought the business in late 2018 and moved it to St. Joseph Boulevard, where they had a grand opening last October.

The Baker Street location had tight spaces filled with wooden doors, glass and white porcelain knobs, wooden egg crate grilles and any number of other fixtures. The new location, in an 18,500-square-foot building, built in the 1930s, is more spacious, which allows for easier indoor shopping of goods, whether it’s something like house numbers or a fireplace mantel or column, according to a news release from Wood Shack.

“Reclaimed Fort Wayne aims to build on the work of the previous owner, continuing to offer an ever-changing assortment of architectural accents, components and hardware, reclaimed lumber as well as vintage and antique pieces,” according to the news release.

The Springers are expanding the business with more furniture and decor accents, a retail outlet for locally made goods, and creative studios named Art 05, workspaces that can be rented hourly to monthly for artistic pursuits such as workshops, yoga classes, pop ups, and more.

NYT columnist: This is what I wish Biden said to Trump

The Springs work full time at their Granville Insurance, founded by Lyndsey in 2017. Additionally, Chuck is an acclaimed artist, forging one-of-a-kind artwork, as well as jewelry, from vintage cars (SpringHausStudio.com and Sharp Dressed Van, respectively). A gallery at www.sharpdressedvan.com/ shows an International Harvester-logoed metal belt buckle, a square metal tabletop with a Corvair emblem.

The couple grew up in Columbia City, then moved to Fort Wayne, where they found a 1920s home in the 46805 ZIP code where they live with their three boys and three dogs.

“They absolutely love Fort Wayne, its rich history and bright future, and are grateful to be part of the ever-growing shop small and local movement in the city,” according to the release.