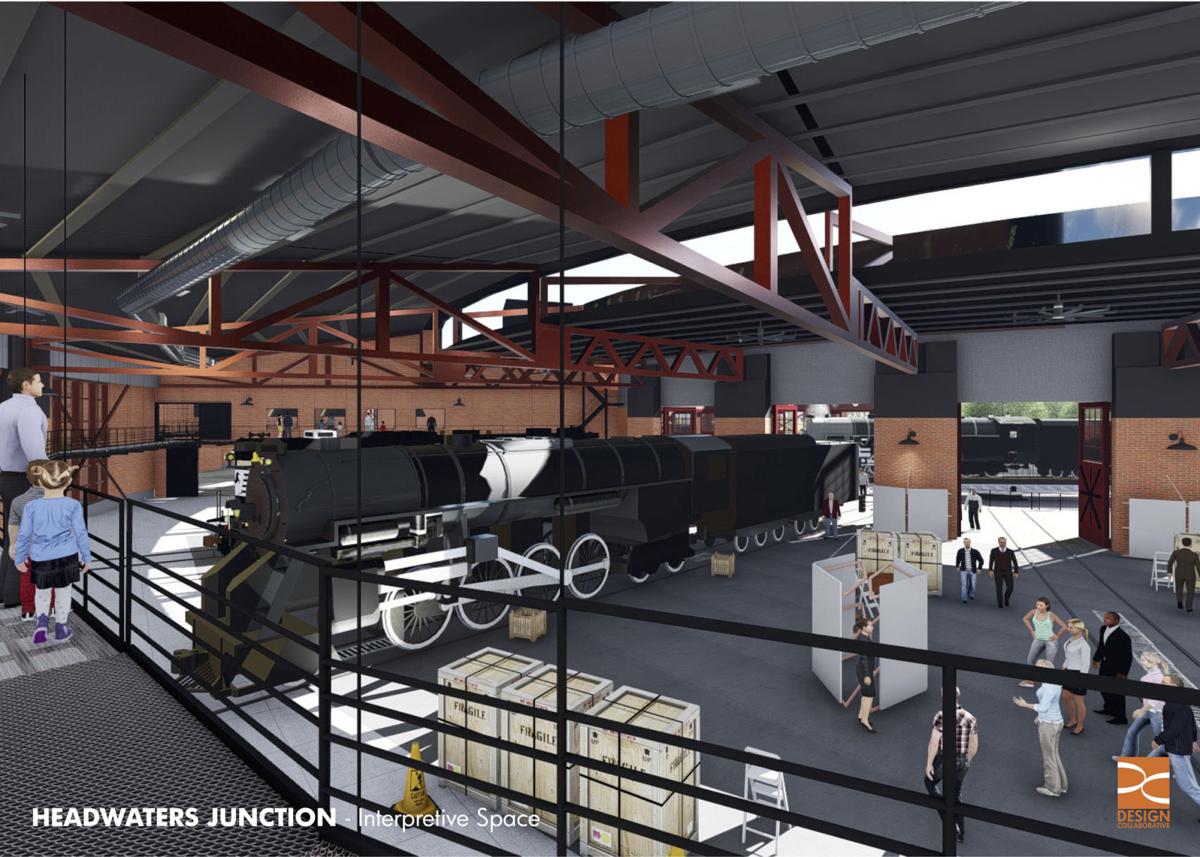 This rendering depicts the interpretive space in Headwaters Junction's roundhouse, part of the $15-$20 million project. 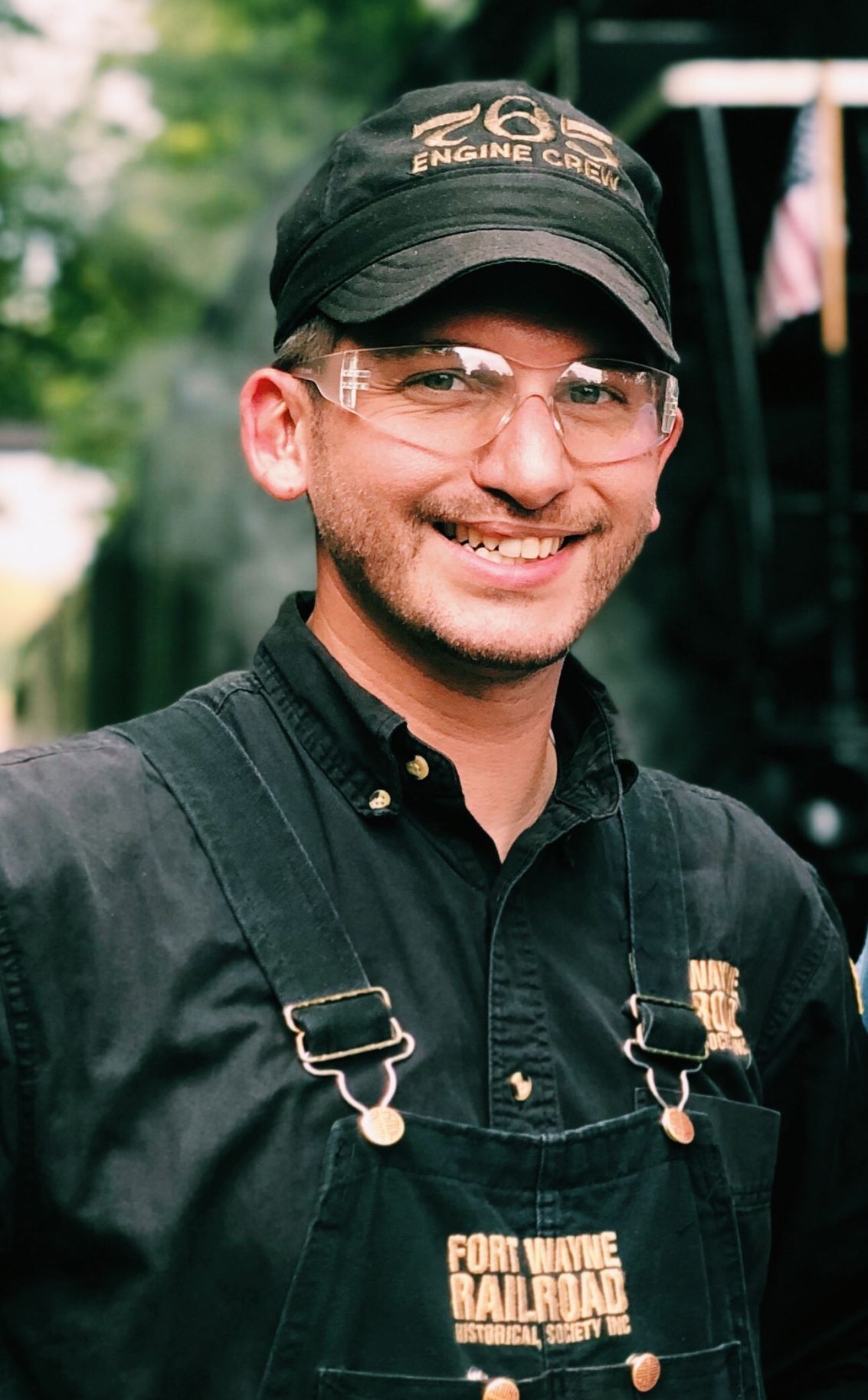 It’s been a 12-year journey of planning for the railroad-themed park that Kelly Lynch and other train enthusiasts have envisioned to celebrate a piece of Fort Wayne’s history. Now, an agreement with the Fort Wayne Redevelopment Commission may be the golden spike to unite that vision with the city’s plans for further riverfront development.

At the redevelopment commission’s July 13 meeting, members agreed to create a business and technology park and a shovel-ready site, but the longest-awaited project has been Headwaters Junction.

The purchase price of the Norfolk Southern Railway land is for $520,000; $468,000 will come from local income tax revenue and must still be approved by the Fort Wayne City Council, according to a news release from the city. The land would be used for public spaces as well as private development.

“Advancing Riverfront Fort Wayne helps us continue to improve the quality of place that so many employers are looking for,” Nancy Townsend, redevelopment director, said in a news release. “I want to thank the Headwaters Junction Board of Directors for transferring the purchase agreement to the Redevelopment Commission and I look forward to working with them as they bring their vision of creating a vibrant regional destination to life.”

Lynch, Headwaters Junction’s executive director and vice president of the Fort Wayne Railroad Historical Society, sees the transfer of the purchase agreement to the city as a bit of a fast track for eventual development of the $15-$20 million project, a place to transport visitors back in time. An important aspect of the project is that it’s not just going to appeal to train enthusiasts, but have recreational and tourism aspects as well, he said.

“This (transfer) really officiates the start of a more formal working partnership with the city,” Lynch said.

Over the last couple of years, the city has come to understand not only the vision of the project, but also the impact on tourism, economic development and its quality-of-life benefits, he said.

“Rather than working separately on projects that are meant to benefit the community like riverfront development and Headwaters Junction, we’re finally working together,” he said.

The Headwaters Junction nonprofit group over the past year has spoken with the city about what location will suit the project best, though Lynch declined to identify any sites before an ownership agreement is completed.

Maggie Haberman: The optics of this announcement are not great

Jeffrey Toobin: 'Repetition is not truth'

The group has already completed site work, surveying and legal work as well as obtaining endorsements from neighborhood associations adjacent to a property being eyed for the project, which has three major components.

The first consists of a rail yard park. “We envision it as a colorful atmosphere, a romantic place. A lot like Promenade Park.” It will be inviting even to those who don’t like trains, he said.

Promenade, a $22 million project that opened in August 2019 along the banks of the St. Marys River, brings residents and tourists in contact with the city’s three rivers through its playground, skywalk and views from its pavilion and Trubble Riverside Cafe & Tap, while providing a place where they can launch a kayak and explore the other waterways.

The second part is a roundhouse, a sort of “interpretive center” that would include a mixed-use venue for events such as weddings. Another part of the roundhouse would be the historic preservation area, to be home to the locomotives and passenger cars that the group owns and operates. These include the restored-to-operation Nickel Plate Road 765 steam locomotive built in 1944, which draws tourists from all 50 states and a half-dozen countries wherever it’s operating. “It’s like having your own Polar Express,” he said.

The third element would be the tourist railroad that would allow the group to operate a variety of programs and events, including its Santa train, that’s a sell-out each time, but could include a fireworks train and a dinner train. Passengers could connect to other tourist destinations, “so it’s more than just a ride.”

“People talk about how Fort Wayne used to have swagger. We’re trying to get our swagger back. To me, to all of us, the railroad represents this era when Fort Wayne was hyper-connected; it moved at high speed. You get could anywhere in the country, any train leaving Fort Wayne just about.”

Also during the June 13 meeting, commission members approved two agreements, one to create a U.S. 30 business and technology park and another to support an industrial “shell” building near the Fort Wayne International Airport. Also, the commission approved an agreement to purchase property from Norfolk Southern Railway, long discussed as the site for Headwaters Junction, a railroad-themed park. The city plans to use the nearly 7.5 acres along the north side of the St. Marys River for further riverfront development.

“The actions taken today by the Fort Wayne Redevelopment Commission will make us even more competitive in attracting new jobs and growing our economy,” Townsend said in the news release. “I’m grateful for the public-private partnerships that help us provide the shovel-ready sites and shell buildings needed to bring businesses to our region.”

About the US-30 Business and Technology Park: In 2015, the Fort Wayne Redevelopment Commission acquired nearly 150 acres at the northeast corner of the intersection of Flaugh Road and U.S. 30 in northwest Fort Wayne. Since then, the commission has worked to prepare the site for a business and technology park. An agreement with Michael Kinder & Sons (MKS) calls for MKS to build its corporate headquarters on the site with an investment of more than $3 million. Additionally, MKS will create five “shovel-ready” sites for development, including installation of all utilities and infrastructure at a cost of nearly $4.53 million. MKS will be reimbursed with tax increment revenue, generated by new development in the area.

See details about the office park and shell building in this story at FWBusiness.com.