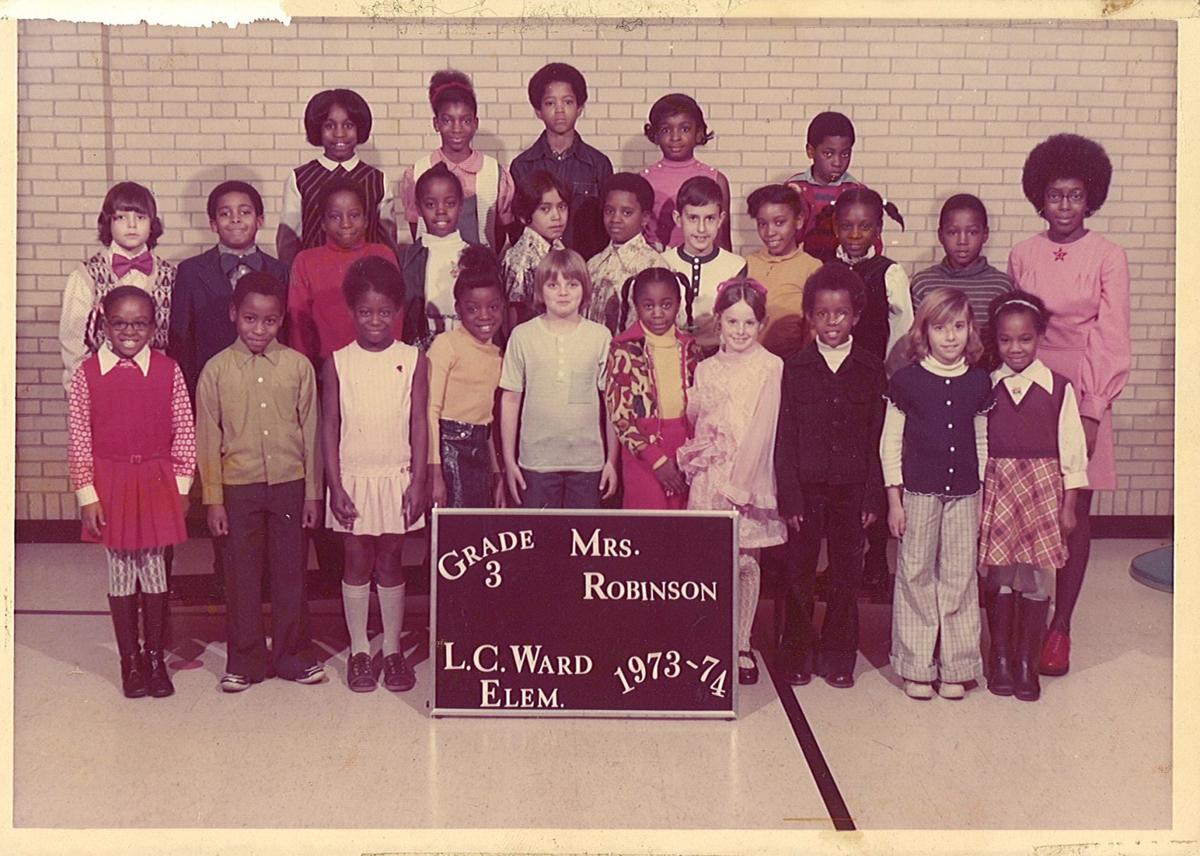 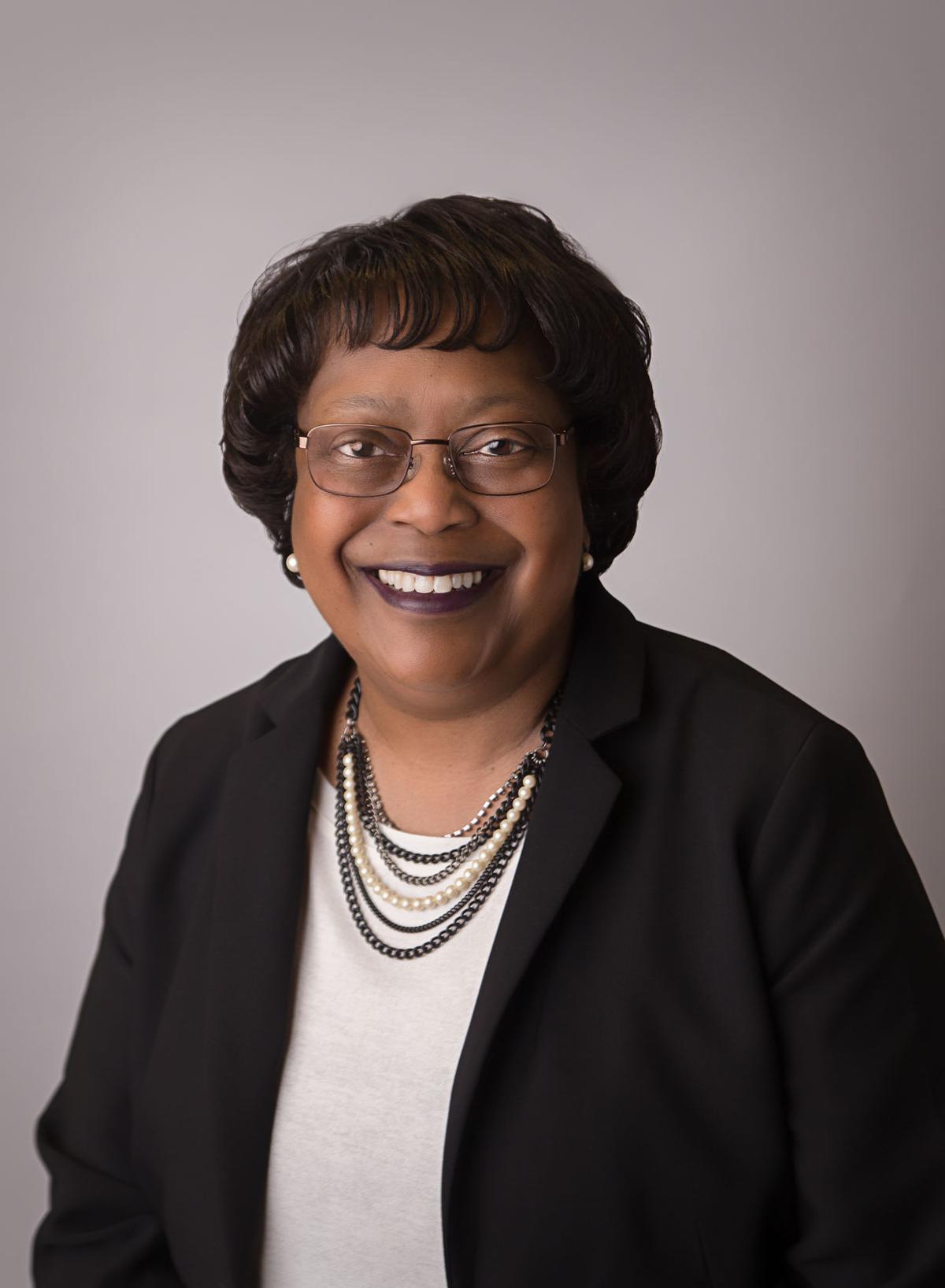 Robinson served with the district as a teacher and administrator for 47 years.

Robinson began her teaching career at Ward Elementary School in 1973. She rose through the administrative ranks from assistant principal to principal to district administrator and, eventually, in 2003 to superintendent.

Robinson is a graduate of DePauw University and earned two master’s degrees from Indiana University-Purdue University Fort Wayne and her doctorate from Ball State University.

Among her many honors, she was named the Indiana Superintendent of the Year for 2018.

In her last week with FWCS, Robinson consented to a telephone interview to reflect on her experience as an educator and to share the lessons she takes from her career.

What would you like to share about your first day teaching and the first class you taught at Ward Elementary School in 1973?

I was added as an extra third-grade teacher, so there were already two, and they had more students than they anticipated, so it’s what typically happens to the new person. They reshuffled the class lists, and I ended up with a couple of brothers and sisters. It was overwhelming at first, but it was the year that taught me how valuable education is and how you have to look at every single child as an individual. My room was above the playground. There was no air conditioning. I’m on the second floor, big windows that every time someone went out to recess I had to close. I just remember telling my husband the first day, I can’t go back because they won’t listen to me. So from that experience, it was one of the best years of my life. I hit my stride, loved the kids, stayed at Ward for 13 or 14 years because I wasn’t leaving. It was the best neighborhood and the best teaching opportunity, I thought, in the world.

Did you always intend to go into administration? What shaped that decision?

I’ve been blessed with absolutely phenomenal mentors in the community, in church and very specifically here in the Fort Wayne Community Schools. Two people in particular, Verna Adams and Patty Martone, who are legends in their own right, always looked out for me and always gave me hints on how to handle myself in public, were more focused on what I needed to do as the next step than I was. My principal, Larry Duhamell, at the time, came and knocked on my door and told me he needed to see me out in the hall, and he told me to go home and put a dress on. And I’m thinking, why, you know we don’t have dress code here. Well there was an interview down at Grile (Administrative Center), and I was told to go down to interview for an assistant principalship at Memorial Park. So it was one of those things, back in the day, people were kind of handpicked for roles and for promotions, and so people saw before I did that it was the next step I needed to take, and had to convince me that I could do more good for an entire building than just one class by going into administration. So it was never, ever my goal to become an administrator.

Where did you find the strength and patience to conquer the challenges you met during your career?

I’ve been blessed with, first of all, a very strong family foundation, my mom; my dad passed away my first year of college so he hasn’t been a part of all the things that have happened for me. My mom was just such a woman of faith and strength that any time I had a bad day or any time I was struggling with something, all I had to do was call her; all I had to do was go see her, and she was always so realistic about life. She never let me get into blaming somebody else for something that happens. She always talked me through: Well what did you do? What do you need to think about next?

I have a husband, Jim, we’ve known each other since the first year in college. One of the things he says to folks, she’s not the superintendent at our house. And when I get home I don’t have to be in charge of everything. He is truly my best friend, but more than that, just a partner that gives me honest feedback. There are things that upset me and when I go home and I try to explain it to him, and by the time he’s kind of played back what I said, it doesn’t seem to be as big as I thought it was. So that’s the only way today you make it is when you have the strong community of faith, parents, and my kids and my grandkids — when things are rough they can always bring a smile. So I have to say it’s my extended family and the foundation I’ve had fortunately since I was born.

Cuomo's passionate plea to the government: 'Do your damn job!'

In what achievement do you take greatest satisfaction?

That’s hard to say, because every plaque or pin or banner I’ve received, at the time it had such a special meaning and there was a reason for that. I don’t think I would ever trivialize any of the others by saying this one is the most important. I’ve just always been grateful when people wanted to honor me, but part of my philosophy is they are also honoring the district because they wouldn’t know who I was if they didn’t see what I do in the district, the work that’s happening in the district, and since I don’t do that my myself, whenever I go and I get an award and someone acknowledges something, to me the district gets acknowledged.

Do you see the COVID-19 pandemic having a continuing effect on education?

I think the part that is so devastating for me as a superintendent and an educator is in education we’re used to be trying to forecast what’s going to happen, put together a plan, adjust it as we go. This whole pandemic has been so scattered. We get different messages from different governmental agencies. No one really knows what to do. And we’re not always taking a scientific approach to resolving the issue. So I think it’s going to have an impact. So we’ve been told since the beginning, this is a 2- or 3-year thing, and it probably will have impact past that.

One of the biggest concerns I have, and we’re trying to figure out how we’re going to approach as we start again, is the lost education. You cannot replicate the student-teacher interaction through technology. It just doesn’t work, and I think that parents and guardians of students have figured out that this teaching is a little bit harder than people assume it is.

So I worry that one of the added layers, it’s not just the gap in education. This has scared people, not just kids who it’s hard to explain to them what’s going on and why they can’t go to school, but grownups. So whatever plan we have for reentry, we have to deal with the emotional impact this has had on grownups who fear for their own health as they’re trying to do what they love to do.

This has just been so monumental. I can’t even wrap my head around it sometimes, and the impact it’s going to have on people emotionally is just as big as it’s going to be on education.

Ward Education Center was scheduled for demolition this year. How did you feel about that decision?

I’ve had to make several tough decisions about closing buildings. The building itself is absolutely full of memories, but what made the memories were the people, and I will always have that. Any time you’re a superintendent you have to make decisions based upon the financial impact, the benefit to the district. And so I’ve tried very, very hard not to allow sentiment or personal opinion to influence the decisions I’ve made as a superintendent, because that’s when you get into a danger zone is when you’re trying to pursue what you want, which might not be in the best interest. It’s always sad to see a building demolished, even if it’s the local McDonald’s, because it was there and meant something to somebody. But I don’t attach sentimental value to buildings. I attach lots of sentimental value to the people who were there and the memories that I have. I will always remember that first third-grade class.

What would you say to first-year teacher Wendy Robinson of 1973?

One of the things I’ve tried to do is to live my life without regret, and my mom used to have a saying, “If it’s for you it’s for you.” The only advice I try to give to new teachers when we hire them or new administrators when we hire them, is if you don’t really love education, if you really don’t love people, then I’ll help you find something else to do.

So I guess what I would say is enjoy every single moment, see the possibility in every single child, but also — and this is something I learned quickly at Ward — is you have to depend upon your co-workers and your peers and that no matter how much education you get formally, that there is so much to be learned from that person right next door. So make sure that you focus on what you need to do but also learn from others. Also just enjoy it, because that’s what I’ve done.

Forty-seven years. I’ve had a good time. There were times that ... we didn’t quite know what we were going to do as a district. We still found a way to have a good time doing what we had to do.