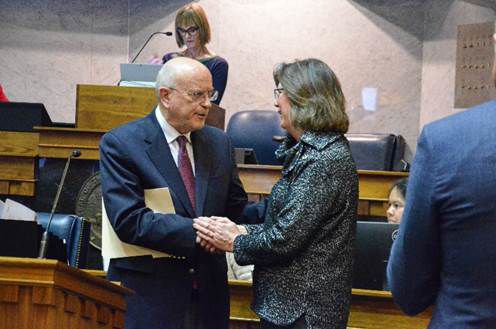 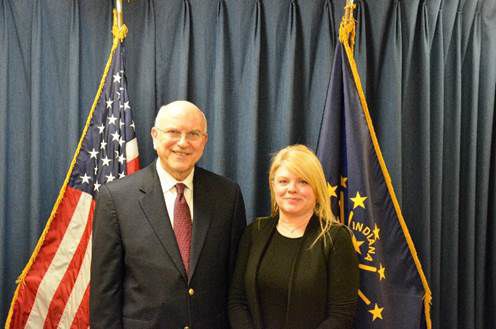 Kruse, R-Auburn stands with Allen County Assessor Stacy O’Day after congratulating her for an award Feb. 25 at the Statehouse.

Kruse, R-Auburn stands with Allen County Assessor Stacy O’Day after congratulating her for an award Feb. 25 at the Statehouse.

Brown received the 2019 Arthur R. Himsel Award last fall. It is the highest honor given by the Association of Indiana Counties. Brown has served Allen County as elected auditor, clerk and commissioner as well as a member of the Allen County Plan Commission.

“I applaud Therese Brown for all of her hard work and dedication to serving the people of her county,” Kruse said.

She has served as the Allen County assessor since her election in 2006 and has served the county in several leadership capacities, including as president of the Association of Indiana Counties and legislation chair of the Indiana County Assessor Association.

“I commend Stacey for her continued dedication to our community and serving as an advocate for legislative polices that benefit county assessors and county government,” Kruse said.