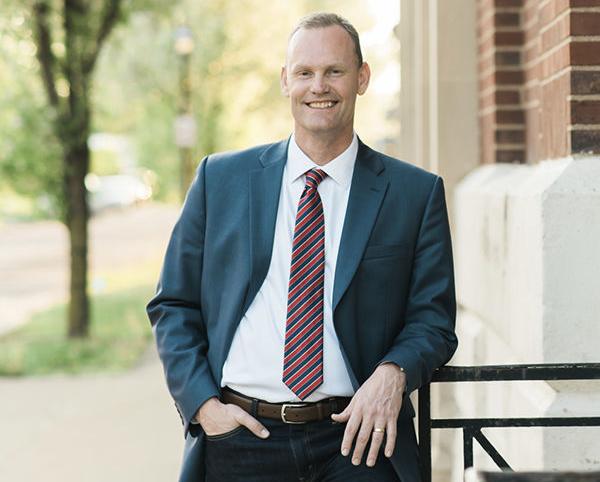 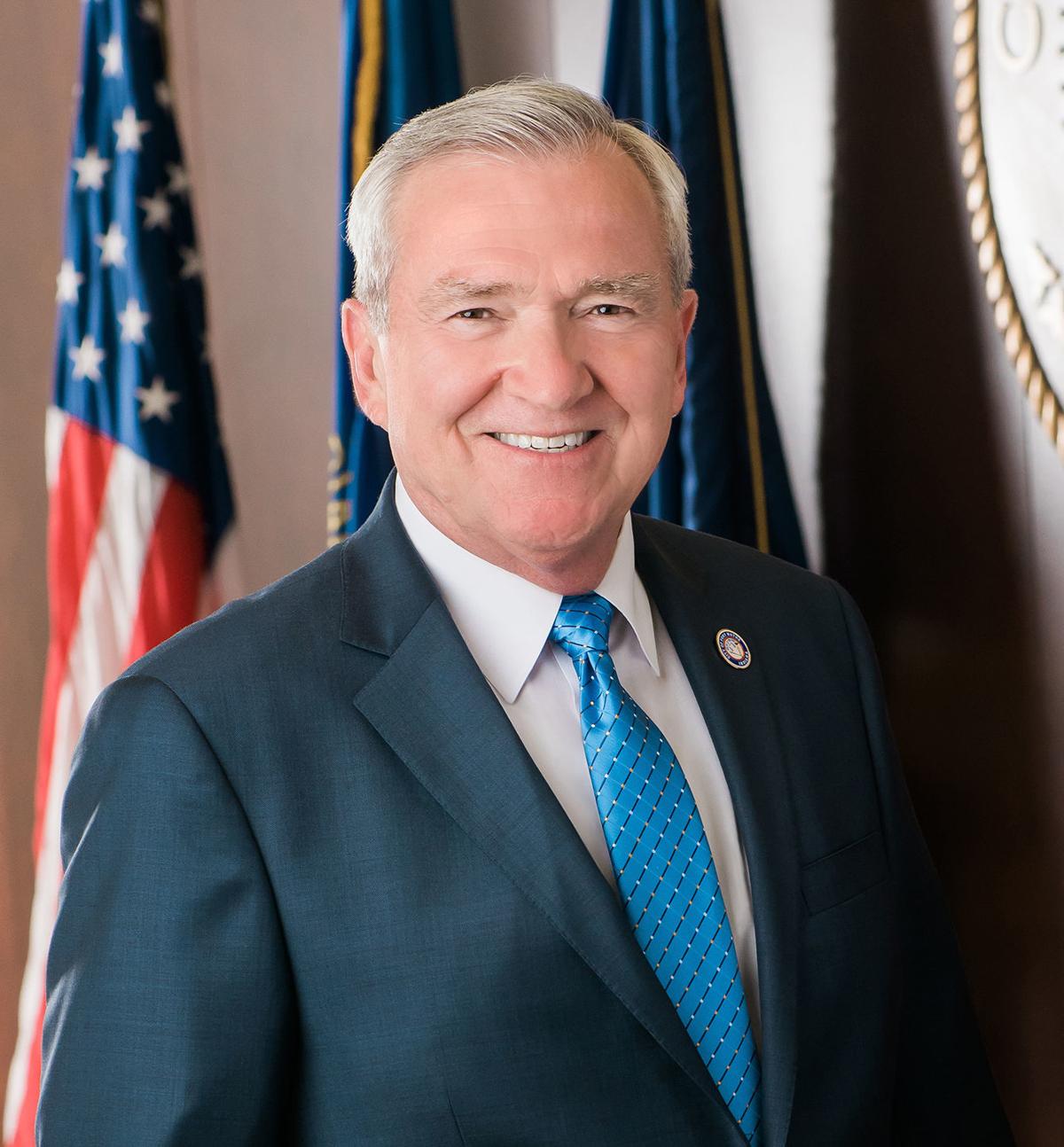 We asked mayoral candidates Tim Smith, Republican, and incumbent Tom Henry, Democrat, to respond to the same questions in written form. Here are their answers, in their own words:

What are the biggest challenges the city faces in terms of economic development, and how would you address those challenges?

Tom Henry, Democrat (incumbent): In 2018, we experienced a record year of business investments. There were 33 expansions and relocations, $336 million in private investment and $115 million in new annual payroll. In addition, we saw nearly 2,500 new job commitments. With those successes, we also recognize the challenge of finding qualified individuals for job openings. With such low unemployment numbers, that’s an area we are working to address. We’re committed to continuing to engage with employers and educators as we work to have those entities have more aggressive and proactive relationships to help develop additional talent in our community and region. The city’s proactive internship program with our local school districts and City Utilities is resulting in successful and professional job opportunities for young people when they finish high school and college. Throughout my time as mayor, I’ve been able to develop and grow my relationships with the leaders in our school systems and colleges and universities to help set our next generation on a path for growth and success.

It is undeniable that downtown Fort Wayne has come a long way over the past 15 years. Most of this development has occurred with the support of public dollars. Unfortunately, these projects have not yet led to an increase in employers from outside of our community moving here. I believe the most appropriate return on investment for public dollars is new, high-paying jobs. As mayor I will travel the country and, if necessary, the world, meeting with prospective employers to sell Fort Wayne to them and work with them to move their companies to our city.

What is the city’s most pressing problem, and how would you try to fix it?

Henry: It’s critical that we keep pushing forward. Making sure Fort Wayne is the safest city possible, retaining employers and growing jobs, helping our neighborhoods grow and thrive through investments in infrastructure, ensuring our parks continue to be award-winning, and continuing to have strong fiscal health. Collectively, these are pressing matters that we address each day as an award-winning city. Looking ahead, it will be important for us to meet the challenges of being a healthier city, a community that wants to appreciate and grow opportunities through the arts, maximizing our ability to add more trails and greenways and implement programs that help the environment through sound energy policies and practices.

Smith: Fort Wayne is full of potential, and I am running for mayor not to simply make us safer, smarter, and more prosperous but to make Fort Wayne the safest, smartest, and most prosperous city in the Midwest. Since 2008 our violent crime rate has risen by more than 17%. Residents should expect more in terms of public safety, and I will address this by adding police and returning to community-oriented policing. Beyond crime our city administration is simply not running a smart and efficient government. I will increase collaboration between the mayor’s office, City Council, the Indiana legislature, and the county. I will implement zero-based budgeting to make sure that our dollars are being spent as wisely as possible and reverse the trend of rising long-term debt in our city’s finances.

Do you have ideas on how to decrease crime and blight in some struggling neighborhoods, so people there can have a better quality of life?

Henry: I’m encouraged by the positive trends we’re seeing with crime reduction. Homicides, non-fatal shootings, violent crimes, and drug overdoses are down significantly in 2019 compared to 2018. Also, arrests of individuals in possession of a handgun without a license are up. Public safety is a top priority. By working together, the Fort Wayne Police Department, residents, neighborhoods, and businesses are collectively making a positive impact. One of our biggest success stories has been the TenPoint Coalition initiative through Fort Wayne UNITED. Just last week, we celebrated the one-year anniversary. It’s helping restore hope and quality of life in the Oxford neighborhood. Since the program started, we haven’t had one homicide, rape decreased by 77%, aggravated assault decreased by 65%, robbery decreased by 62%, burglary decreased by 31%, larceny dropped by 12%, and vehicle thefts decreased by 28%. I’m looking forward to expanding this grass-roots effort to other neighborhoods in order to generate more hope and opportunity throughout our city, so that we can continue to enhance community pride and help residents and neighborhoods grow and thrive in a safe environment.

Smith: The safety of our city will be a top priority of the Smith administration. As mayor I will work with City Council to hire more police officers, increase pay for our officers, and return to community-oriented policing. Today, Fort Wayne has 17.9 officers per 10,000 residents; the FBI recommends 24. Officers in Fort Wayne (Indiana’s 2nd largest city) rank in the middle of the pack in terms of pay. We must increase their pay if we are going to attract and retain the most experienced officers. Finally, we must return to community-oriented policing in our city, allowing the police to serve smaller geographic areas and build relationships with the neighborhoods and businesses they serve.

Henry: Climate change is a key area we’ve been working on and will continue to do so if I’m successful in earning another term as mayor. I’m proud of what we’ve been able to accomplish to this point with proactive energy savings and protecting the environment. For example, efficient, cost-effective and environmentally responsible use of energy through the methane power generating efforts at the Water Pollution Control Plant is a move that has reduced the plant’s electric bill by more than $400,000 a year. We’re using more energy-friendly vehicles in the city’s fleet. Additionally, we’re reducing pollution in stormwater runoff, protecting our rivers from sewer overflows, converting buildings to energy-efficient lighting and HVAC, and educating residents on a variety of topics including rain gardens, proper chemical disposal, fertilizer use and picking up after pets. There’s much more to be done to reduce our carbon footprint, but we’re off to a good start.

Smith: Our climate has been changing since it first came into existence. The question is why is our climate changing? I support any and all financially justified uses of renewable energy and believe the mayor should have done much more the past 12 years to address this issue. That said, my top priorities as mayor will be safety, fiscal responsibility, infrastructure, and educational support.

Are you concerned that there won’t be enough people or interest to fill all the new residential space downtown and at Electric Works? Will the new downtown hotels be filled? Do you worry that downtown is being overdeveloped?

Henry: Interest in downtown living is (at) an all-time high. I’m not concerned about filling living space in our revitalized downtown. Occupancy rates are extremely favorable at all of the major downtown developments that have housing components. The focus at Electric Works is on finding an anchor tenant that will help drive more commitments to the space there. Successful public-private partnerships are complex and take time, but they’re critical to advancing our community and region as a point of destination for job and business growth, strong neighborhoods and attractive quality of life amenities. I want to see Electric Works succeed and positive progress is being made. The public financing bodies involved in this project are committed and engaged partners with the Electric Works development team as the process continues to move forward. The local public financing entities have worked collaboratively to secure the necessary public funding of $65 million for the project. That funding is in place and will be released when all conditions of the economic development agreement are met and closing occurs. Our downtown hotels are doing very well, and we’ll be adding another one when the boutique hotel is finished and opened in 2020. More and more conventions are coming to Fort Wayne and with that comes demand for hotel space. Our downtown isn’t overdeveloped. We work each day to help ensure we’re balancing the needs of downtown while also making sure we’re taking care of our neighborhoods. The downtown is our heart and the neighborhoods are our backbone. Together, both areas are doing very well.

Smith: Fort Wayne’s population has been essentially flat for over 20 years. (A newspaper) reported in early October that half of all Fort Wayne high school and college graduates leave Fort Wayne five years post-graduation and never return. Obviously, this is a near-fatal trend. The answer is recruiting new, higher-paying jobs so our graduates have as much economic future in Fort Wayne as they find elsewhere. Not since GM in the early 1980s has a new, large employer chosen Fort Wayne as its new home when coming from outside our region. The next mayor must (a) recruit large businesses, (b) make it easier to do business here for our small and midsized businesses (without picking winners and losers with tax credits and abatements), and (c) make Fort Wayne the incubator for entrepreneurs so every entrepreneur in the Midwest thinks they must move to Fort Wayne if (their) new job idea will succeed.

Once we begin attracting new employers, we’ll not only fill all downtown residential space, but we’ll have to build a lot more.

Finally, if there’s anything you’d like to add – something important that you don’t think I’ve touched on – please feel free to write a paragraph or two on whatever you choose. Please keep your comments under 100 words.

Henry: The optimism and positive momentum we’re seeing are clear indications of why Fort Wayne is moving in the right direction. Never before have I witnessed the confidence and passion about where we’re headed as a city. I continue to be inspired by the hopes and dreams for Fort Wayne. I’m looking forward to great days ahead for residents, neighborhoods and businesses. By working together, the sky’s the limit for our city.

Smith: Tom Henry has boasted that Fort Wayne is the 5 safest city in the nation. The study he cites is from 2012 and is an insurance industry website focused on property losses. Two of the main data points the study considers are the number of “fender-bender” car accidents in any given year and the amount of property damage caused by hurricanes. No politician should play politics with public safety.