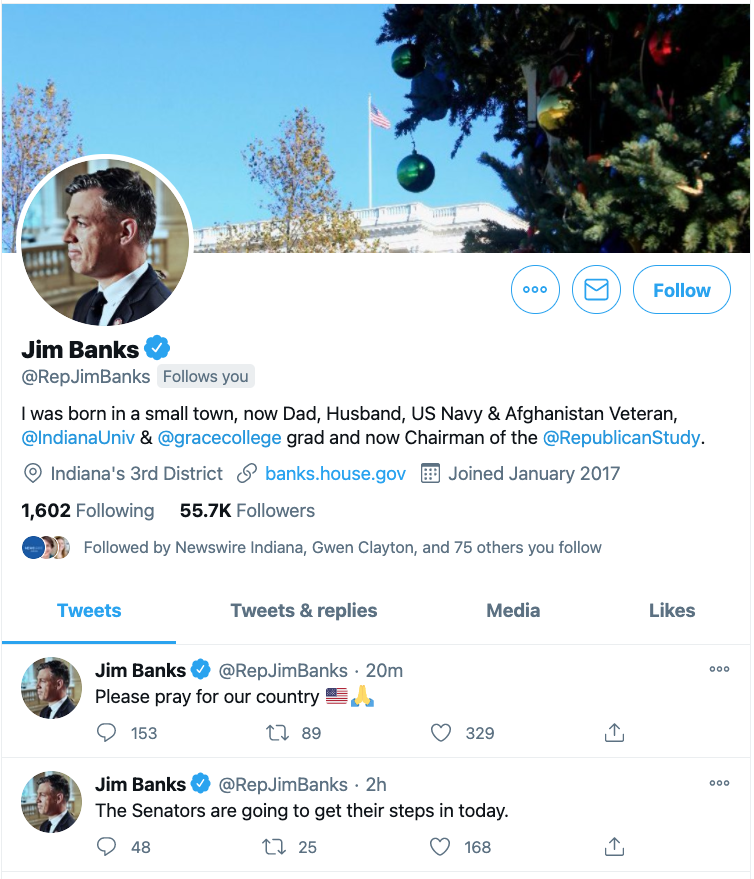 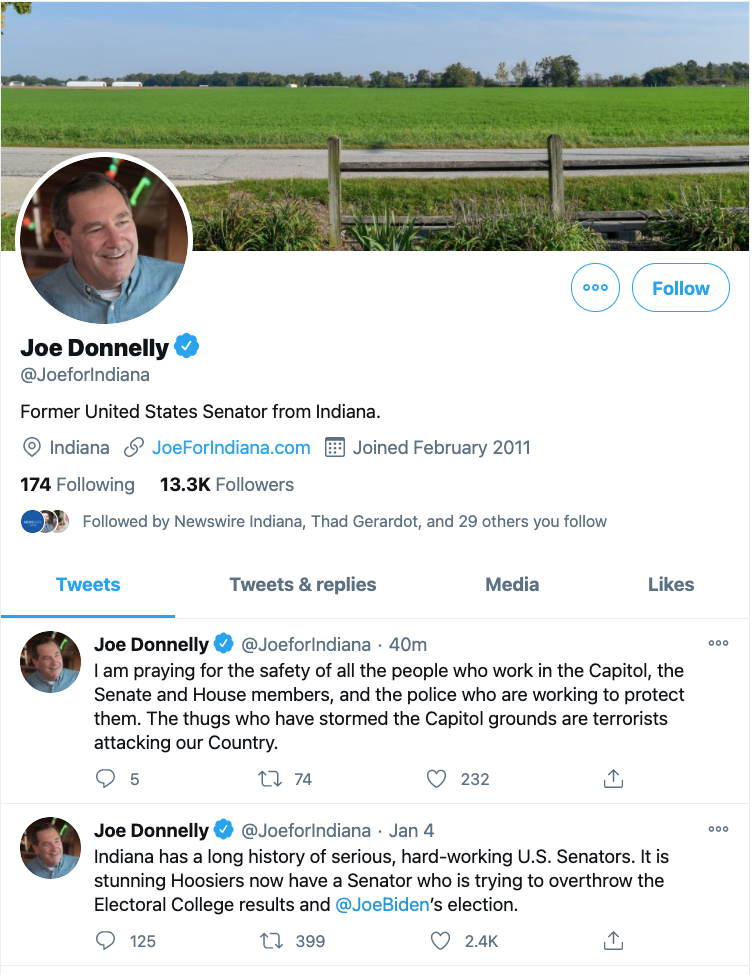 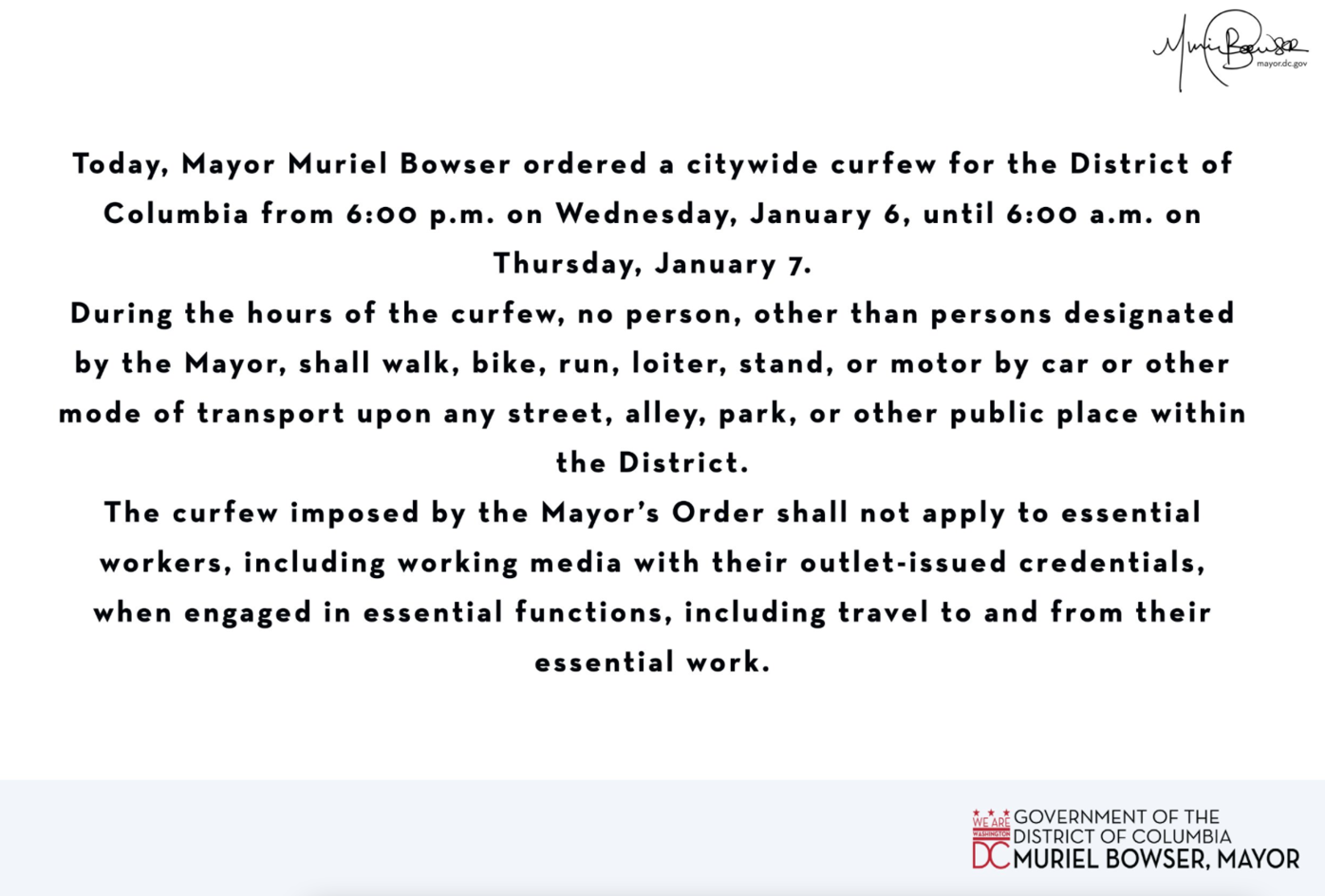 The nation's political divide transferred from the ideological to the physical Jan. 6 as Congress met to certify the results of the 2020 presidential election.

That division took the form of protesters favoring defeated President Donald Trump meeting with armed guards at the doors of the U.S. House of Representatives. A photo distributed by Getty Images showed protesters breaking through the glass of the the barricaded doors with security officials pointing guns at the intruders.

NBC News said the U.S. Senate chambers was evacuated and Vice President Pence was ushered to a secure location as rioters stormed the Capitol.

Protesters marched on the Capitol after Trump addressed a crowd and vowed to continue fighting the voters' verdict in favor of Democratic challenger Joe Biden.

Before Trump made a video released on his Twitter account that told protesters "It's time to go home now" while repeating is unsubstantiated claim of voter fraud, President-elect Biden said, "At this hour, our democracy is under unprecedented assault."

He called on the rioters, whose actions bordered on sedition, he said, to end their disorder.

Northeast Indiana Rep. Jim Banks, R-3rd, announced earlier this week that he would join dozens of other House Republicans to object to certification of the results.

Earlier, Indiana Sen. Mike Braun announced he would join in contesting the results on the Senate side.

"Like so many of my patriotic constituents and colleagues, I too wish the results of this election were different. I strongly supported President Trump and his agenda the last four years. I campaigned hard for him. But upon assuming this office, I took a solemn, inviolable oath to support and defend our Constitution, just as I did as a United States Marine. I will not violate that oath."

National media reported that members of Congress were forced to shelter in place as congressional activities were suspended.

Washington Mayor Muriel Bowser issued this statement after the violence erupted, "Today, I'm ordering a citywide curfew for the District of Columbia from 6:00 p.m. on Wednesday, January 6, until 6:00 a.m. on Thursday, January 7."

As rioters stormed the Capitol, breaking windows and interfering with the House proceedings, lawmakers were calling for prayer in response.

Banks tweeted, "Please pray for our country" with flag and praying hands emojis.

Former Indiana U.S. Sen. Joe Donnelly said in a tweet "I am praying for the safety of all the people who work in the Capitol, the Senate and House members, and the police who are working to protect them. The thugs who have stormed the Capitol grounds are terrorists attacking our Country."

Donnelly earlier had tweeted, "Indiana has a long history of serious, hard-working U.S. Senators. It is stunning Hoosiers now have a Senator who is trying to overthrow the Electoral College results and @JoeBiden’s election."