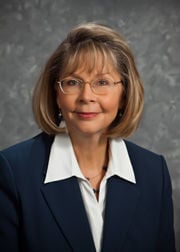 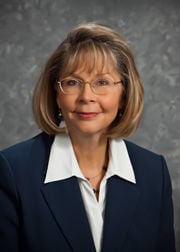 McMahan made the announcement at the Allen County Executive Board of Health meeting Jan. 27.

“We’ve certainly been blessed by having you here,” said board President Dr. William Pond.

The board will begin searching for her replacement within the next few weeks. She plans to stay on part time briefly to help with the transition period.

“Being a physician and the health commissioner have been the greatest professional privileges of my life,” she said in a statement. “I am grateful for the opportunity to have both worked one-on-one with patients and with various community groups and residents on important public health issues. In my 20-year tenure, I have seen life and public health become more complicated. However, I am confident our community leaders and stakeholders will continue to collaborate to ensure Allen County is safe, healthy and prosperous.”

Asked what she sees as the most pressing health issues in the county, McMahan said the “despair epidemic.” People with untreated chronic mental illness and depression tend to fall into destructive behaviors such as drug and alcohol abuse, eating disorders and unsafe sex. She also cited the nicotine issue, including vaping. Also, Indiana’s obesity rate is 11th-highest in the country.

McMahan was appointed health commissioner in May 2000. During her tenure she helped lead successful responses to several disease outbreaks, including H1N1 influenza pandemic and hepatitis A outbreaks. She oversaw the development of a communitywide Children’s Health Improvement Plan and helped establish partnerships to combat the local opioid and drug crisis.

She earned a bachelor of science degree from Purdue University in 1986 and a medical degree from the Indiana University School of Medicine in 1990. McMahan is a state-licensed physician, a U.S. Citizen and Immigration Services civil surgeon and a member of the Fort Wayne Medical Society. Before becoming health commissioner, she spent three years in private practice as an internist with the Medical Group of Fort Wayne and a year with the Roudebush V.A. Medical Center in Indianapolis.