Kendallville’s McDonald’s location on U.S. 6 has closed in preparation for a demolition and rebuild. The city building inspector said teardown work could begin as early as this week. 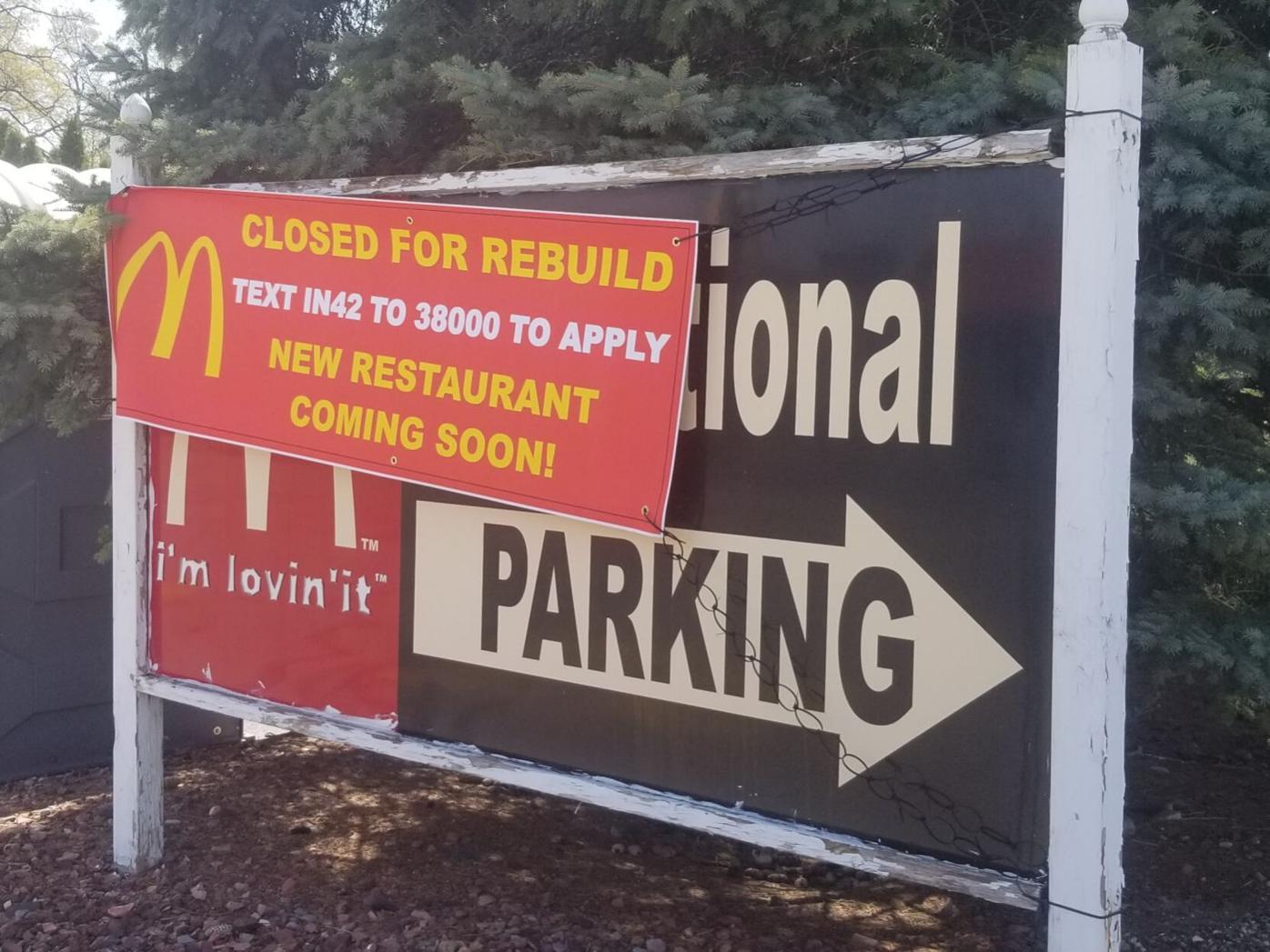 A banner hangs over a sign at the rear of Kendallville’s McDonald’s location, information people that the business is temporary closed for a rebuild.

Kendallville’s McDonald’s location on U.S. 6 has closed in preparation for a demolition and rebuild. The city building inspector said teardown work could begin as early as this week.

A banner hangs over a sign at the rear of Kendallville’s McDonald’s location, information people that the business is temporary closed for a rebuild.

KENDALLVILLE — You’ll have to hit another fast-food joint for a while as McDonald’s has closed for a super-sized McRebuild.

The current restaurant located at 211 W. North St. may see a wrecking ball as soon as this week as the building is torn down and rebuilt anew.

Details about what exactly is happening and how long it will last are thin. A call to the restaurant was unanswered as the business has already shut down and attempts to gather information from McDonald’s corporate office and a regional franchise group were not returned as of press time.

McDonald’s franchises are typically owned and operated by local or regional franchisees, but it’s unclear who the local representative for the business is.

The property is owned by McDonald’s Real Estate Company with a PO Box address listed in Columbus, Ohio, according to Noble County property records.

Kendallville Building Inspector Dave Lange said the building will be torn down and rebuilt in the same spot.

“The intent is to demolish and rebuild at the same location. I believe actual demolition is supposed to begin Wednesday (April 28). This project was put on hold from last year due to all the issues around the nation,” Lange said.

Kendallville had granted an exception to McDonald’s back in January 2020 from having to build a sidewalk along Goodwin Place, which looked infeasible due to the current locations of two utility poles, a fire hydrant and several guy-wires located in the right-of-way. The city board also exempted McDonald’s from sidewalk rules on Kreuger Street due to the sharp downward slope of the land in that area.

Conversation at that time was that McDonald’s was planning a teardown and rebuild sometime in May 2020, but then the pandemic hit in March 2020 and nothing occurred.

That’s changed now as the U.S. 6 burger joint was dark, its driveways blocked off and banners hanging on the building stating “CLOSED FOR REBUILD.”

The Kendallville McDonald’s was built in 1977, according to county property records, and the build encompasses about 3,600 square feet of space.

The last major renovation on the building was completed in November 2005, when the location was remodeled to include plasma televisions, wood decor, new floor tiles and lighting.

The Kendallville location was upgraded around the same time the LaGrange location and others around northeast Indiana as the corporation went through a widespread update phase.

The property owned by McDonald’s includes both the building and parking lot as well as vacant paved — and in some spots badly broken — lot located behind House of Spirits.

The Kendallville Redevelopment Commission had opted to include the McDonald’s property as one of about 25 in a new tax financing district on the expectation that the current building would be torn down and replaced with a new facility, potentially increasing its property value substantially. Any increase in value will allow the TIF district to start capturing some new revenue that can be used for development projects.

For people who really need a Big Mac fix or other McDonald’s items, the next closest franchise is located attached to the gas station at S.R. 3 and Albion Road in Avilla, or in Ligonier on Lincoln Way S. The global fast food company also has locations in LaGrange, Auburn, Butler and Angola.