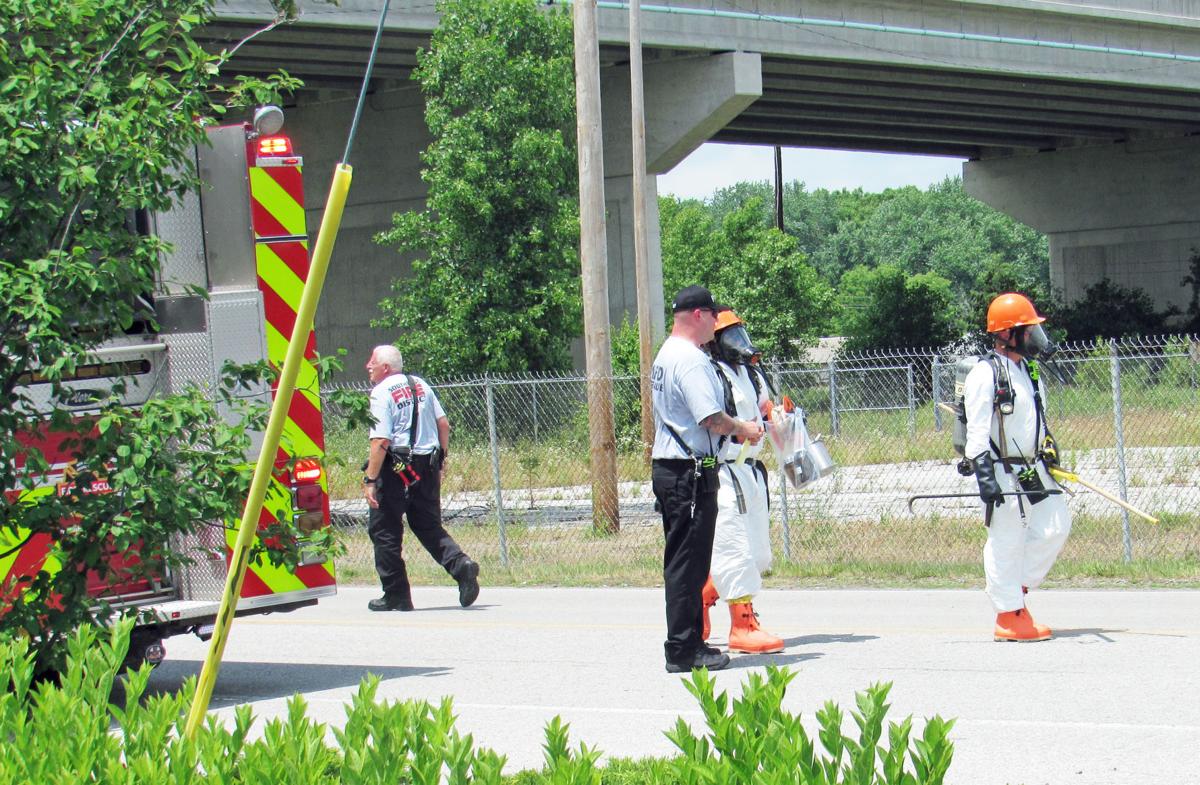 Specially suited workers respond to the scene of a chemical spill June 29 at Brenntag Great Lakes at 1615 Estella Ave., near the New Haven-Fort Wayne city limits. 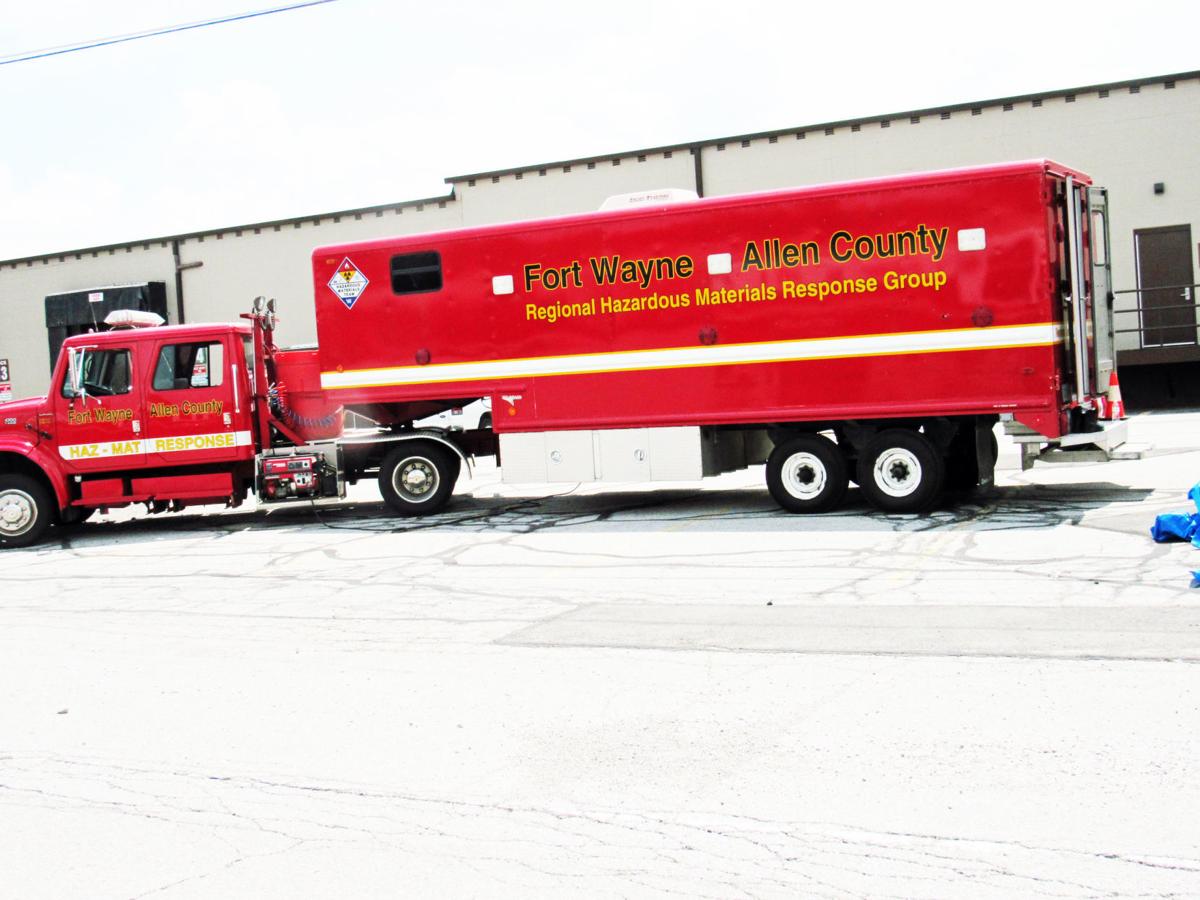 The Fort Wayne/Allen County Hazardous Response Group was among those responding June 29 to a reported chemical spill.

Specially suited workers respond to the scene of a chemical spill June 29 at Brenntag Great Lakes at 1615 Estella Ave., near the New Haven-Fort Wayne city limits.

The Fort Wayne/Allen County Hazardous Response Group was among those responding June 29 to a reported chemical spill.

Units from Fort Wayne and New Haven police, fire and EMS, as well as two hazardous materials employees of Fort Wayne Water Pollution Control responded June 29 to a report of a chemical spill.

Trucks from the Fort Wayne/Allen County Hazardous Response Group and Environmental Remediation Services, Inc. were among those who responded to a report after 10:30 a.m. of the spill of an acid at Brenntag Great Lakes at 1615 Estella Ave., a distributor of chemicals and ingredients.

A chemical truck carrying hydrochloric acid was emptying the product into an onsite tank when about 45,000 pounds of it leaked onto the lot, according to a news release from New Haven Adams Township Fire and EMS.

The storm drains along the street were covered with blue plastic and bags of something to hold them in place. Crews were able to isolate the product within a mile of the incident, according to the news release.

Frank Suarez, communications director for Fort Wayne Public Works and City Utilities, said the New Haven Fire Department was in charge of the scene, and Fort Wayne responded to assist. Fort Wayne contributed dirt to prevent the spill from getting into the Maumee River.

A New Haven dispatcher said New Haven firefighters would remain at the scene for 10-12 hours to make sure the spill is contained. At this time no danger to people or to fish in the river exists.