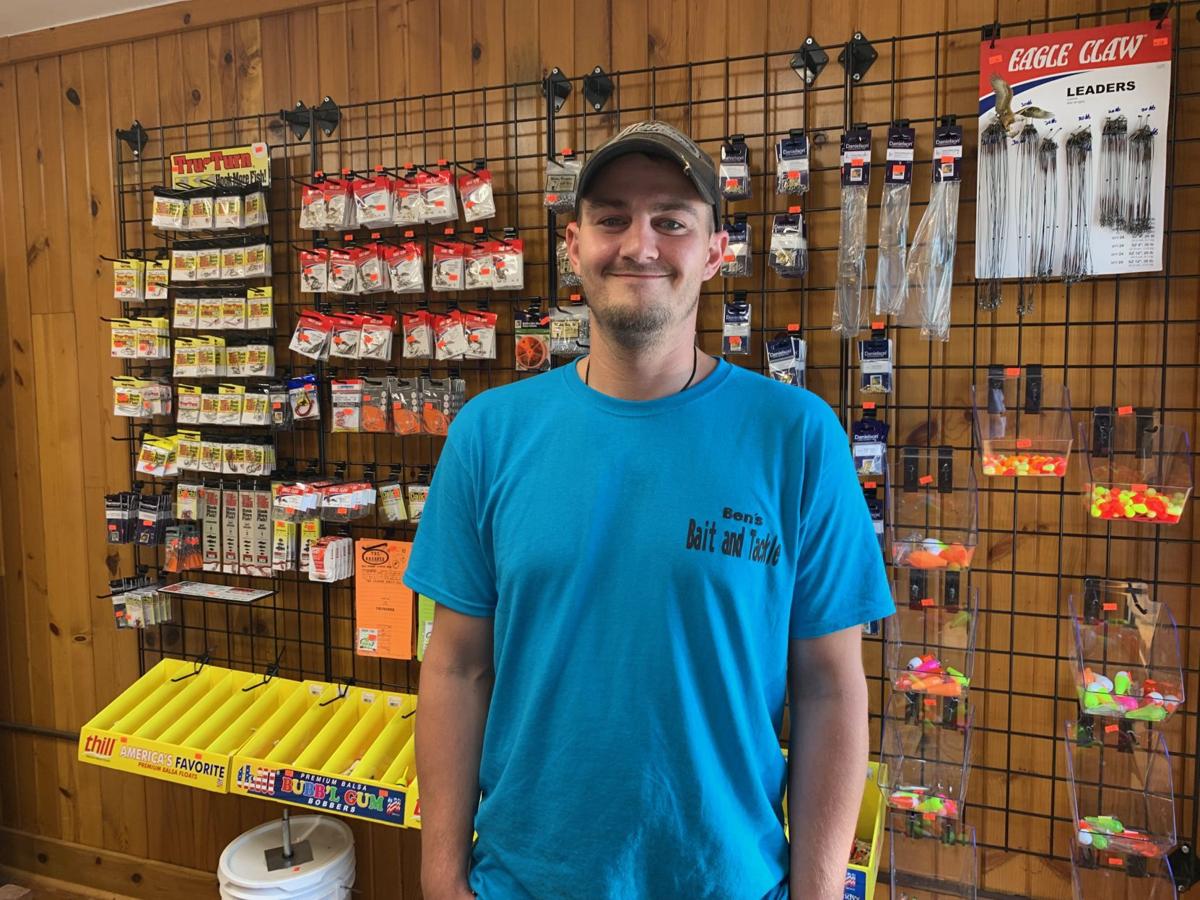 Ben Franke has Ben’s Barber Shop at 1615 Sherman Blvd., and recently opened Ben’s Bait and Tackle in the rear of the building. 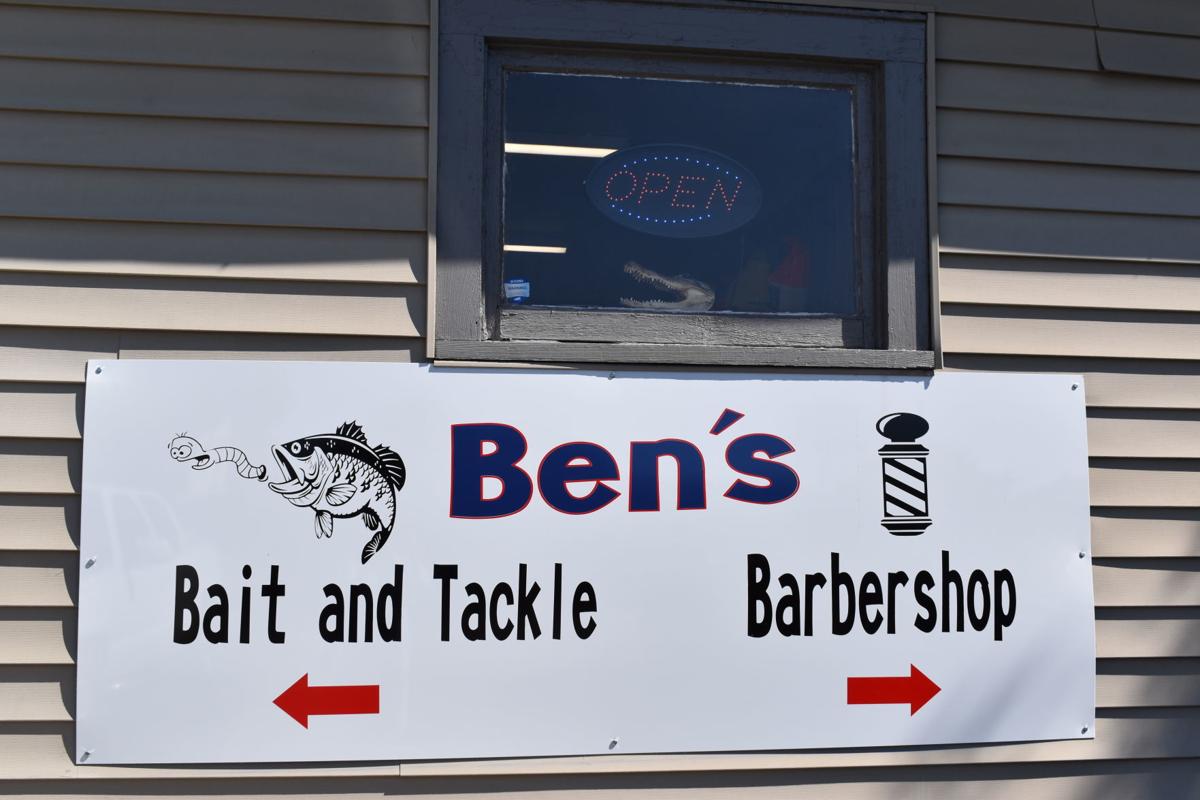 At the front is Ben’s Barber Shop and at the rear is the bait shop at 1615 Sherman Blvd., Fort Wayne. 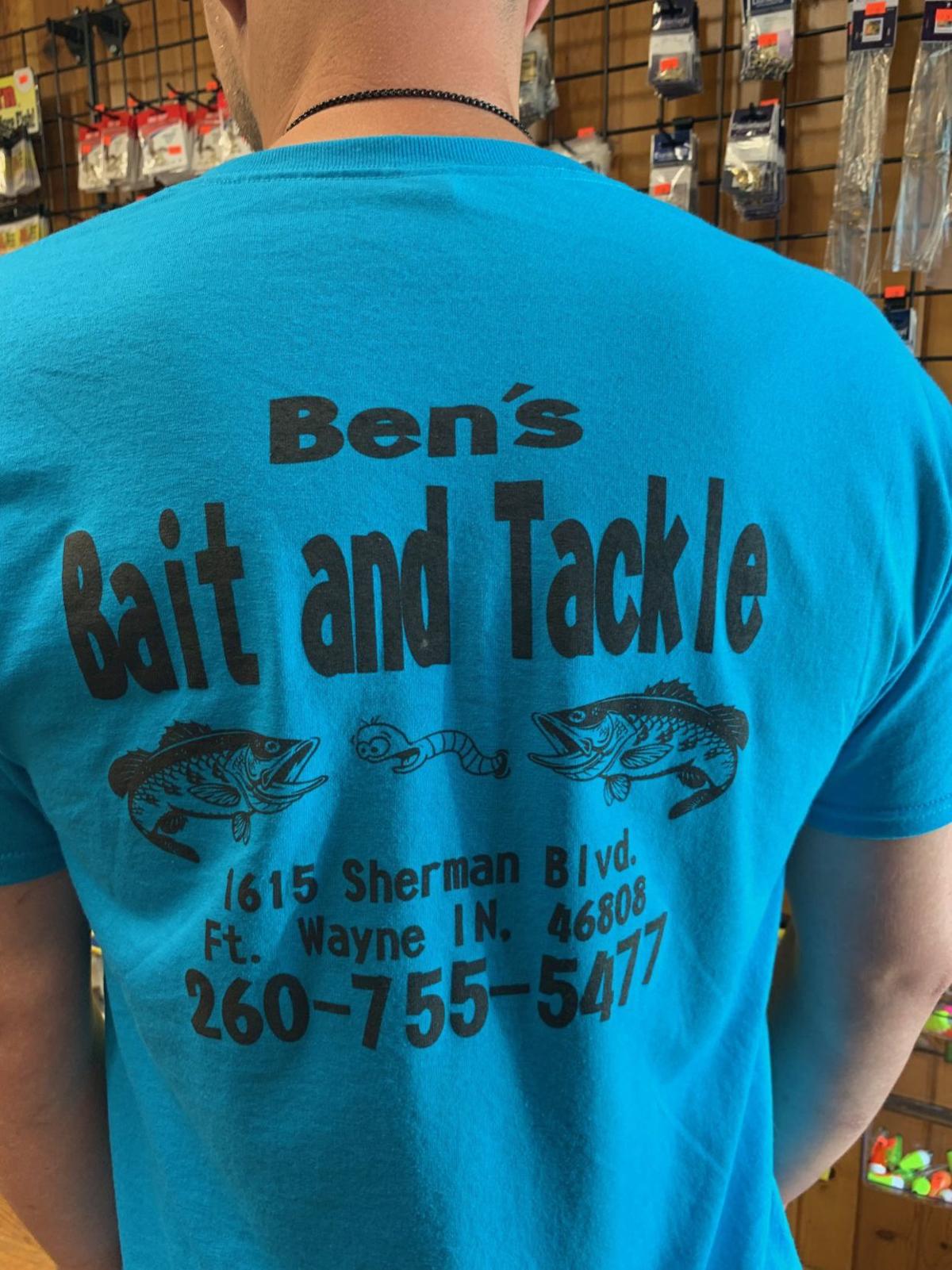 Ben Franke just got in T-shirts to advertise his Ben’s Bait and Tackle.

Ben Franke has Ben’s Barber Shop at 1615 Sherman Blvd., and recently opened Ben’s Bait and Tackle in the rear of the building.

At the front is Ben’s Barber Shop and at the rear is the bait shop at 1615 Sherman Blvd., Fort Wayne.

Ben Franke just got in T-shirts to advertise his Ben’s Bait and Tackle.

Eventually, Goshen will be improved over two years from State Boulevard to Coliseum Boulevard. This phase, from State to Cambridge Avenue will include a dedicated center turn-lane to serve nearly 50 businesses along the corridor and a roundabout where Goshen, Sherman and Lillian Avenue intersect at five points, giving the area its name, according to the city.

“This area needs to continue to grow,” Henry said.

In 1913, the road was the Lincoln Highway and was outside the city limits. In the mid-1920s, it became U.S. 33 until that route moved over to follow the Coliseum Boulevard bypass. Now, it’s an urban street used by drivers to get to the neighborhoods, nearby schools, churches, and a business corridor that includes the Fort Wayne Children’s Zoo.

It will get sidewalks, a boon for students walking through the area to Franke Park Elementary.

Stephanie Henry, co-chair of the Northwest Partnership, who lives down the street from the roundabout site, says the improvements will make it safer to walk to nearby Franke Park.

The groundbreaking took place on what used to be North Side Bait & Tackle’s parking lot. The longtime business’ building and one next door had to be demolished to make way for a greenspace and the roundabout.

When Ben Franke, owner of Ben’s Barber Shop, 1615 Sherman Blvd., a few blocks from the roundabout site heard that North Side would be closing, he wanted to know where he’d get his bait.

The 30-year-old Dwenger High School graduate approached North Side’s owner, Mike Reuille, to offer him space in his barbershop building. However, Reuille didn’t want to take on the costs, Franke said. So Franke decided to do it himself.

“I’m just a complete outdoorsman,” said Franke, who left work in construction to enroll at Ravenscroft Beauty College to pursue the same career his grandfather had had.

His tenant in the two-bedroom apartment moved, and he began demolition work, finishing at night in the barbershop and working several hours on the bait shop.

Ben’s Bait and Tackle had its grand opening June 28 and now is alive with sound from the chirping crickets in cages.

Ray Bolster is one of Franke’s employees who work in the bait shop during the week while Franke is busy with his walk-in clientele in the barbershop or spending time with his daughter, Noelle, 2½.

Asked how Bolster got involved in the business, he replies, “God sent me.”

The Southerner, who retired six years ago from truck driving, lives nearby and greeted people at the grand opening, landing himself a job.

Between selling goldfish to lure catfish and pike, or for a home’s pond, crickets for bluegill or fishing equipment and licenses, he’ll chat with customers, who might be secretive about their fishing spot.

“Where you going fishing,” he’ll ask. “You can tell me, because I’m not from around here.”

Franke just got T-shirts in to advertise the bait shop, and he plans to change equipment as the seasons do for ice-fishing. He also might stock mice, that, like the crickets, can be fed to pets.

I noticed a For Rent sign outside the Bukal Beverage Co.’s office at 1036 Huffman St., Fort Wayne, and wondered what was up.

After all, entrepreneur Robert Johnson, one of our past Forty Under 40 recipients, is continuing to grow the business. His sparkling water with flavors from around the world are in a variety of stores and eateries around town. And I knew he liked the location, which is office space, not where the bottles are filled with flavors that include passionfruit peach, because it’s close to his home.

I did find out from him that things haven’t worked out at this building, so he’s got his eye on a new location. He just won’t tell me where, and I only have myself to blame. I taught him the first rule of dealing with a reporter when I talked to him before the launch of his business.

“We knew the location back when I spoke with you the first time but you warned me not to say anything unless I wanted to see it in print,” he wrote me. “I’ll keep my mouth shut a little longer!”

Well, mine’s open for the interesting flavors. Each of the three mixtures have 0 artificial ingredients or sugar and are named for rivers in Asia: Yangtze, passionfruit and peach; Mekong, guava, lime and mint; and Indus, mango and pineapple.