Get Started
You are the owner of this article.
Edit Article Add New Article
You have permission to edit this article.
Edit
Home
News By Industry
e-Edition
Opinion
Lists & Leads
People
Events
Insights
Publications/Sections
Jobs
More...
Other KPC Newspapers
Legals
1 of 5 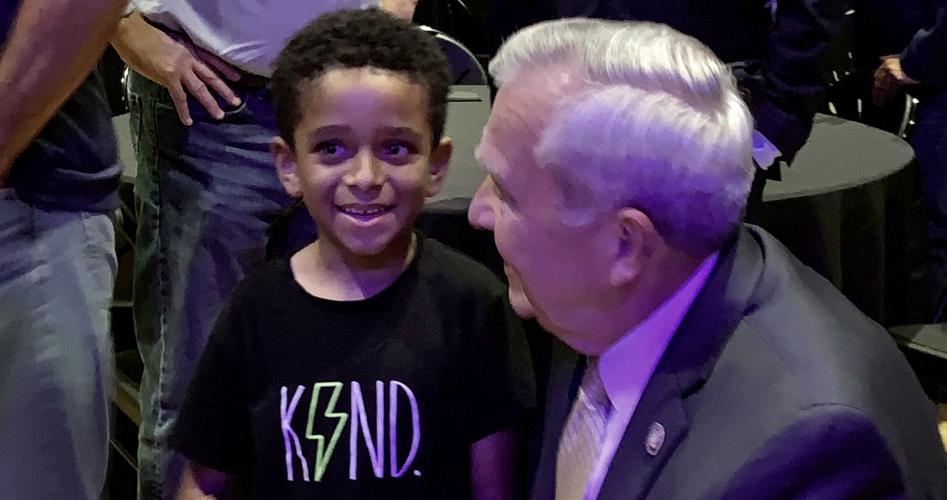 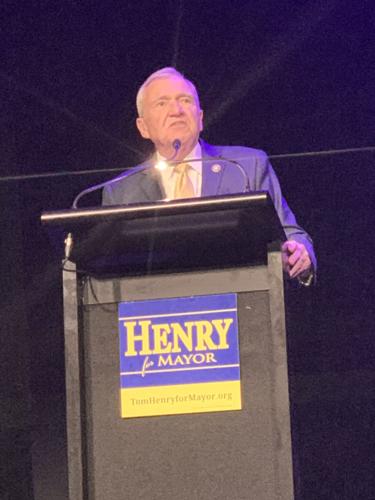 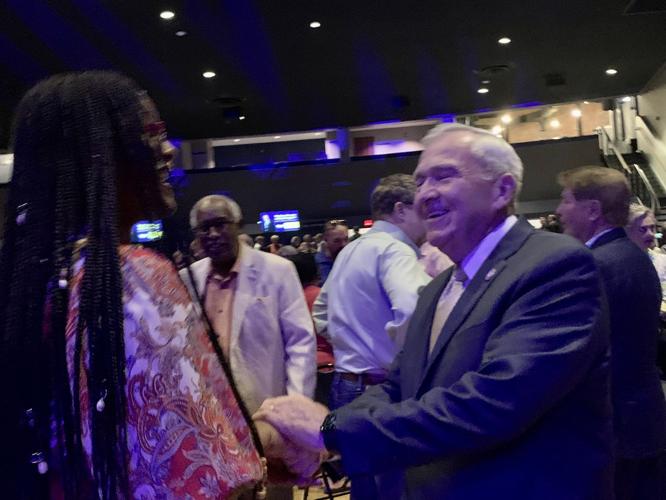 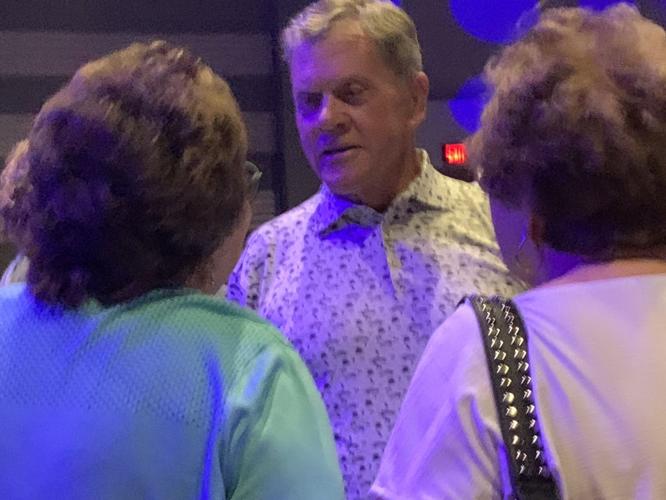 Tom Kelley, owner of Kelley Automotive Group, says with Fort Wayne’s momentum, now is not the time to change mayors. 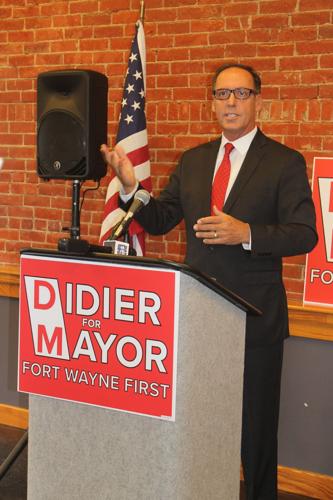 Fort Wayne City Councilman Tom Didier, R-3rd District, announced in May 2021 that he would be running for Fort Wayne mayor. The primary is next May and though he admits he has a learning curve, he said he’s surrounded by good people to help him get the job done.

Tom Kelley, owner of Kelley Automotive Group, says with Fort Wayne’s momentum, now is not the time to change mayors.

Fort Wayne City Councilman Tom Didier, R-3rd District, announced in May 2021 that he would be running for Fort Wayne mayor. The primary is next May and though he admits he has a learning curve, he said he’s surrounded by good people to help him get the job done.

Mayor Tom Henry says he has the Indiana Statehouse connections to be the right man to continue leading Fort Wayne. Henry already is the record-holder for the title of longest serving mayor of the state’s second-largest city. June 22 he announced his intentions to seek the 2023 Democratic nomination that he hopes will eventually lead to a fifth consecutive 4-year term.

Although Henry previously told Greater Fort Wayne Business Weekly that he would be happy to step aside for another Democratic candidate, he said after his announcement, “a lot of the individuals we felt might be interested in seeking this position have opted not to at this time.”

Also, he had told the crowd gathered at the Clyde that because of national issues, referencing speculation of a coming recession, that now was not the time to change leadership. That possibility is “calling for experience, it’s calling for institutional knowledge, a solid foundation of boards and commissions and so on. So I felt in order to make sure our city is in the best position possible, it’s necessary for me to ask for another term.”

Speaking with Business Weekly after his announcement, Henry, 70, said his presumed opponent, Republican Fort Wayne City Councilman Tom Didier, started where Henry himself had in the legislative branch.

“If times were different I wouldn’t be so concerned, but right now I think our environment is calling for stability and calling for an institutional knowledge in the executive branch that Tom unfortunately doesn’t have yet. ... It takes time.”

Didier for his part, responding after the announcement to that assertion, “(Then) why would somebody give me the responsibility of going down to the Statehouse and being the spokesperson for the city of Fort Wayne on the legislation that (State Rep.) Martin Carbaugh was putting forth for the garbage contract? Why would he give me that responsibility if he didn’t feel I was capable of handing it? I know why. Because we have a majority in the Statehouse with Republicans he needed someone with my background in negotiations to talk and make sure it went smoothly.”

Henry sent him to the Statehouse to talk to senators, Didier said.

“I know I have a little bit of a learning curve, but that’s why you have good people that you can surround yourself with. A good staff, and have the right energy. I’m telling you, I’ll have the right people.”

Didier, 61, recently retired as a salesman for U.S. Foodservice, said, “Anybody you talk to says I have the energy of a 35-year-old, so I can tell you that I’m going to work tirelessly on creating a vision for the youth to keep them here (as workers).”

He hopes to build that through the arts, with Fort Wayne’s Sweetwater being a national retailer.

“I didn’t sell $8 million a year as a sales rep, it took years to get to that point. But I’m telling you what, I’m a tireless hard worker ... I will get the job done.”

Introduced by wife Cindy Henry, the mayor and his wife had just celebrated their 47th wedding anniversary the previous day.

Henry listed the struggles the city has experienced during his 14 years in office: the severe ice storm of 2008, the most recent of two derechos, and the COVID-19 pandemic on top of social unrest that spread across the nation after George Floyd’s killing in Minneapolis, and “now we’re in the midst of an inflationary period.

“But through it all, our city has persevered. In fact, we’ve gained a reputation for stamina, courage and vision.”

The city’s accomplishments have been noticed nationwide, he said: One of the most livable cities, All-America city twice, and the best city to raise a family, start a business and retire.

On top of that, the city has invested over $200 million in its neighborhoods since 2014 and over $1 billion in public-private partnership in revitalizing its downtown. Meanwhile, violent crime in the city has gone down, he said.

“But,” Henry said, “national economic indicators are telling us now that we have a vulnerable future in our country. That we are facing some uncertain times. Those times with demand strong and consistent leadership and experience.

“…Now is not the time for inexperience.”

The city needs to maintain the trust it has developed with local, state and national officials, he said.

“I’m so happy that he stepped back up to the plate to continue the momentum that he’s established,” Joe Jordan, a Fort Wayne native and president and CEO of the Boys & Girls Clubs of Fort Wayne, said. “This city is really on the move, and it has a lot of do with his leadership and his ability to galvanize people.”

Jordan has served on several city committees and worked with Henry and his team.

Tom Kelley may have been friends of the U.S. President George H. W. Bush and his wife, Barbara, and in fact the Kelleys mentioned in her memoir, but Tom Kelley is a Tom Henry fan.

Kelley, who grew up on the southeast side of Fort Wayne, said, “I’ve never voted a straight ticket in my life. I’ve supported Tom Henry in every election he’s run. My dad always told him, “You look at the person, not the politics.’ I’ve done a lot for the Republican Party. I’ve known for Republicans than Democrats ... However, I think it’s imperative that we recruit and retain good people that want to run for office, regardless of what party it is.”

His father, the late Jim Kelley, was Allen County Democratic Party chairman at one time and Tom Kelley asked his dad why he had. “He said, ‘Well, Tom, if all I do is make (Republican county chairman) Orvas Beers recruit better candidates, I’ve done my job.’”

Fort Wayne has “so much going on right now, you don’t really want to make a substitution in the third quarter of the Super Bowl,” Kelley said.

Kelley said he admires Henry for the latter not being afraid to change his mind when given all the facts.

Kevin Hunter, who has served over 30 years with the Fort Wayne Police Department and is running for Allen County sheriff as the Democratic candidate in November, said of Henry, “He’s still got work to do. He’s been a great mayor and will continue to do a good job for the city.”

Asked how the mayor and his administration have affected the lower violent crime rate, Hunter said, “The mayor’s given the police department lots of support, and we have created new programs that have affected the violent crime issues that is really working very well. We’re getting shooters and murderers off the streets. We’re getting guns more than ever off the streets, and officers are doing a great job.”

Do you agree with the new Allen County Jail location?

Sorry, there are no recent results for popular videos.