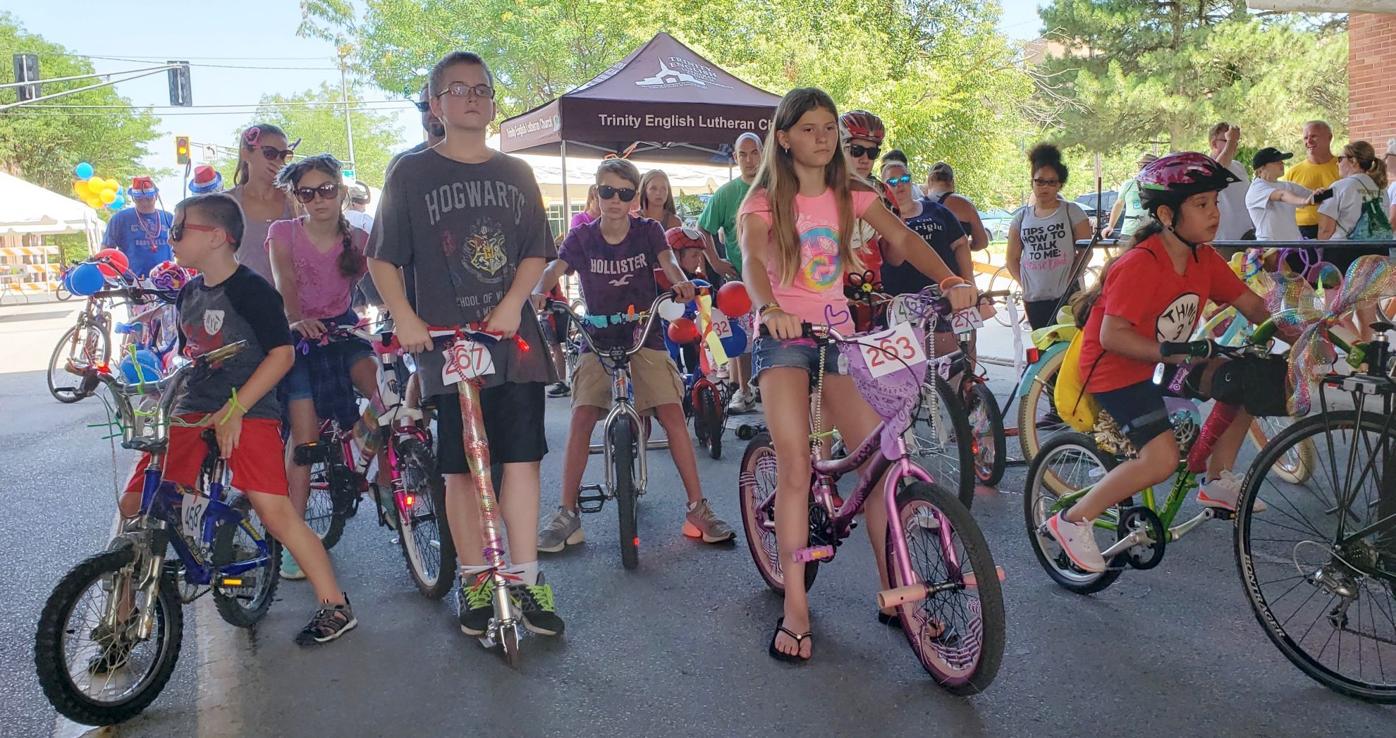 Children line up beneath the railroad overpass over Calhoun Street near Superior Street for a bicycle parade as part of the Open Streets event at the 2018 Three Rivers Festival.

Children line up beneath the railroad overpass over Calhoun Street near Superior Street for a bicycle parade as part of the Open Streets event at the 2018 Three Rivers Festival.

(Editor’s note: Public health concerns brought on by the COVID-19 pandemic forced most festivals to cancel plans for 2020. Fort Wayne’s signature celebration — the Three Rivers Festival — begrudgingly skipped its first celebration since 1969. As vaccinations expand and precautions become standard procedure, more communities are eyeing the summer of 2021 with new hope. The Three Rivers Festival is back. Writer Judi E. Loomis was granted an interview with Jack Hammer, the executive director of Indiana’s second-largest celebration. She filed this report.)

It’s not every day that a reporter gets to sit down with the man behind the wheel of the Three Rivers Festival for over two hours and have a heart-to-heart about what an emotional roller coaster ride this event can be. Jack Hammer, executive director of Three Rivers Festival, shares an honest and emotional assessment of what goes right, and what sometimes can and does go wrong.

Hammer has been the executive director of the Three Rivers Festival since 2010. Historically, the festival draws a half-million-plus visitors, infusing cash into the local economy. But the job of the executive director is far-reaching and sometimes discouraging. In this poignant interview, Hammer shares his thoughts about the elements of the program that can make or break his group’s efforts.

“The hardest part of my job is raising the money,” Hammer said. “Most people see my job as one-sided in that all we are doing is putting on a party. But it can all be trying, especially balancing the business part of this group, and by that, I mean our board of directors, dealing with the city of Fort Wayne, bringing in sponsors and partners, and making sure that the festival is operating efficiently. There are a lot of pieces in motion, and I am still trying to do it all well.”

Hammer credits Mayor Tom Henry with his help on behalf of the city, but with sincerity Hammer feels more can be done.

“I think that the mayor has cooperated with us well,” Hammer said. “I know that when I contact the city they are listening to our wants and our needs. But one of the things that would help us a lot is minimizing what we have to pay out to put the festival on. A lot of people do not realize that even though we are a nonprofit we still pay for the police, the parks, insurance, water, power and all of those things. I guess I could dream and wish we didn’t have to pay for police and things like that, but they do give us a good deal. I pay about 50%. We have the budget cut on everything except on the parks.”

Hammer feels there is a lot of short-sightedness about the goal of the Three Rivers Festival. While the event provides nine continuous days of activities including Junk Food Alley, The Emporium, the Midway, International Village, the Chalk Walk, Bed Race, concerts and the Children’s Festival, the bigger picture is the notoriety and income it brings to our corner of Indiana. The Three Rivers Festival is the second-largest festival in the state, second only to the Indiana State Fair.

“People say we create a party. No, we don’t create a party, we are creating a celebration for our community, and then it becomes more than that,” adds Hammer. “It brings together families and friends, people you haven’t seen in months or longer. People set their vacations and their visits to Fort Wayne during the festival. My wife and I got married during the Three Rivers Festival, 36 years ago. We did it because we knew that our friends would be here!

“People have built their lives around the festival. It is part of the fabric of our community. That is why it is so important, and I am so passionate about it. That is why we care about what we do because we can serve many segments of our community and in doing so, we are pulling them together. We become a stronger community. The trickle-down effect in our local economy is a result of the people who come to the Three Rivers Festival, and it affects all of us.”

What concerns Hammer most is uncertainty over continued funding. Following a complete shut-down of activities in 2020 due to COVID-19, we are slowly getting back to where we once were. How has that affected funding of the festival?

“Everyone is in need of funding, especially as we start to come off of COVID-19,” Hammer said. “We are 30-50% off in funding this year. Things have been at a standstill for so long. This is an opportunity for individuals and businesses who have held back for the past 11 months to give back and get involved. We are not looking to make money. We are just trying to find a way to keep the doors open and break even for the year.

“We have some great supporters including Ruoff, Sweetwater, Hanning & Bean and Steel Dynamics. There are many good people who have stepped up saying, ‘Here, we worked hard for this money, but I believe in you and I want you to be able to make it!’ “

The 2021 Three Rivers Festival officially starts with a ribbon-cutting ceremony at 11 a.m. July 9 and runs through July 17. For more information about activities, exhibits, the parade and how to make a donation, visit www.threeriversfestival.org.