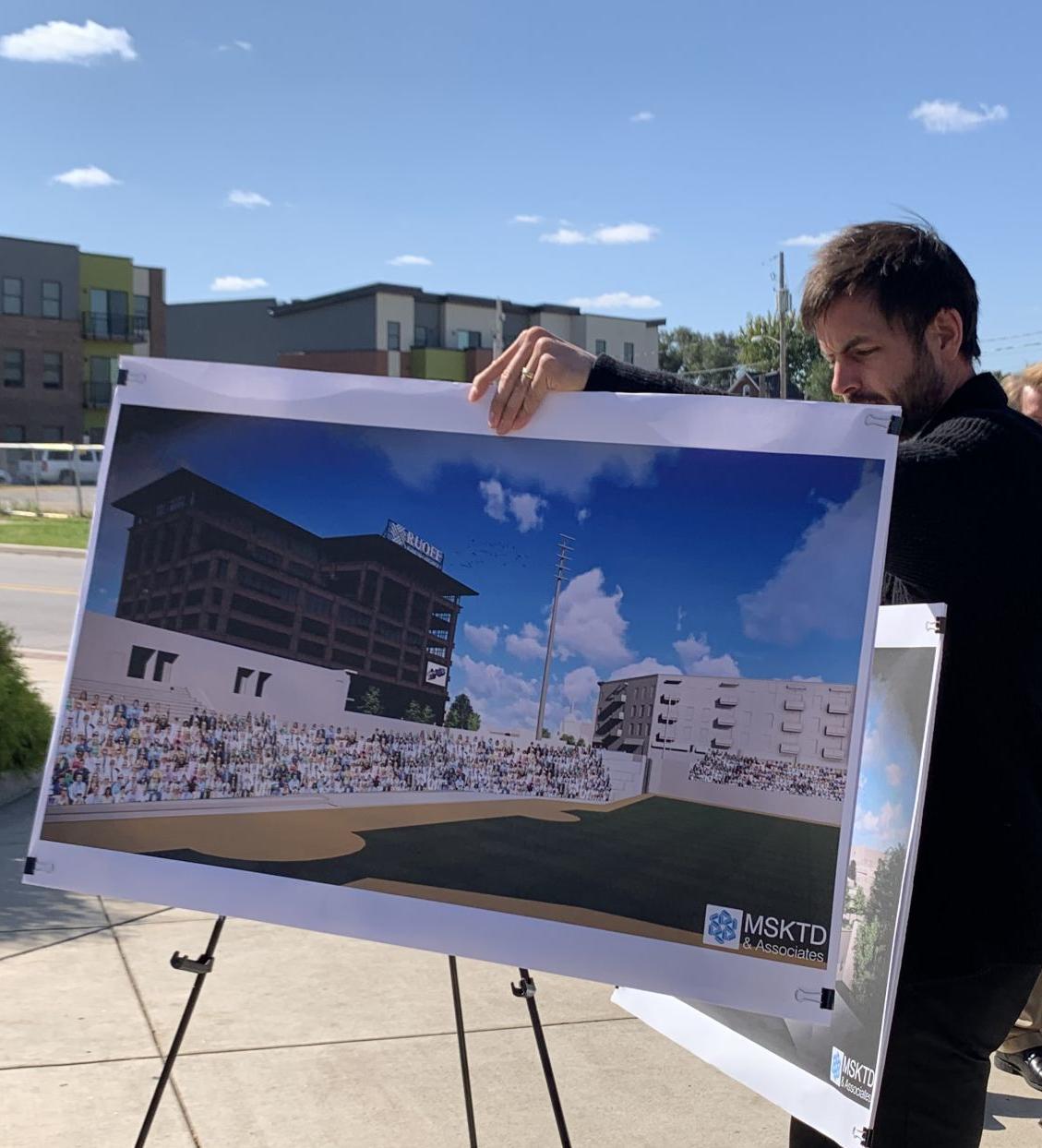 Ruoff Home Mortgage had this architect’s rendering of the headquarters that it is planning at a news conference about the project Oct. 14. 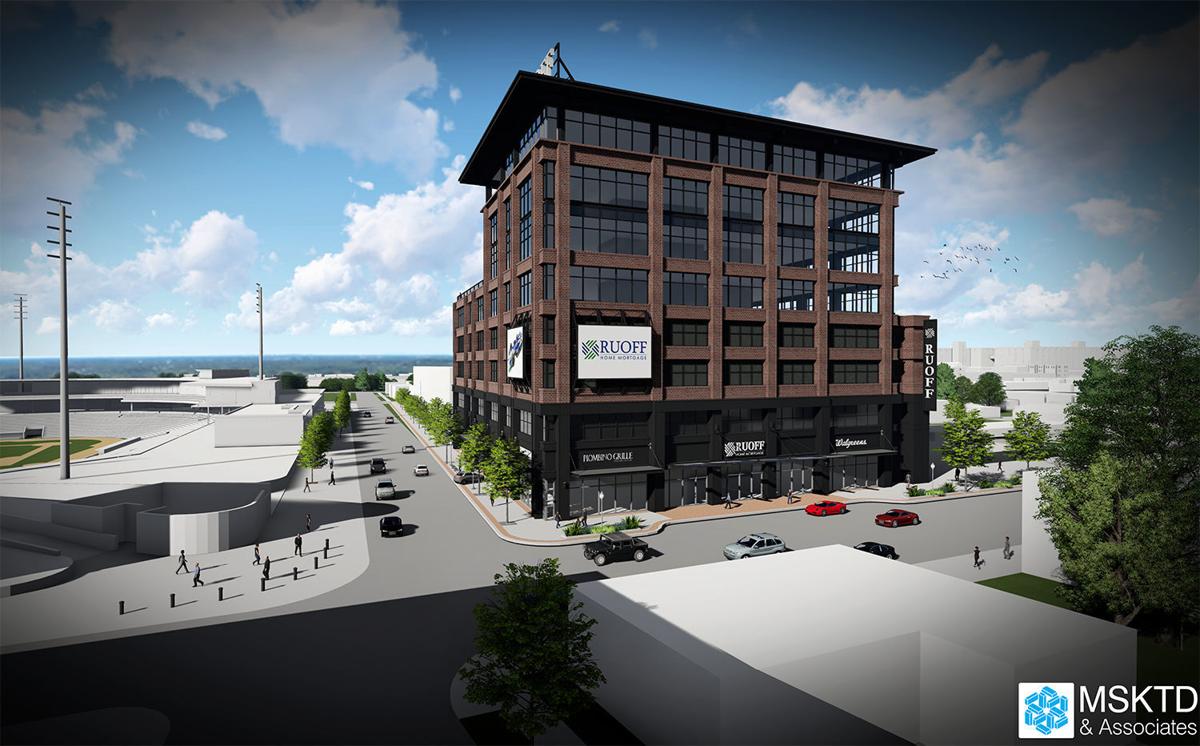 Ruoff Home Mortgage’s proposed headquarters would include 110,000 leasable square feet of office and retail space and a parking garage with nearly 260 spaces.

Ruoff Home Mortgage had this architect’s rendering of the headquarters that it is planning at a news conference about the project Oct. 14.

Ruoff Home Mortgage’s proposed headquarters would include 110,000 leasable square feet of office and retail space and a parking garage with nearly 260 spaces.

It’s been three years in the making, but the city of Fort Wayne and Ruoff Home Mortgage have started putting together an economic development agreement for a 9-story corporate headquarters Ruoff would build downtown at the corner of Ewing Street and Jefferson Boulevard.

With 110,000 leasable square feet of office and retail space and a garage with close to 260 parking spaces, the project would involve an investment of about $43.5 million, according to information shared at an Oct. 14 news conference by Fort Wayne Mayor Tom Henry and Mark Music, Ruoff, president and CEO.

Henry touched on how the city can help businesses. Asked how the city helped, Music explained that the most important part was aid at the state level from the Indiana Economic Development Corp’s $5.8 million Community Revitalization Enhancement District (CReED) tax credit. Then the city has put the project in the Jefferson-Illinois Road Redevelopment Project Area tax increment financing district. The city’s Redevelopment Commission approved expanding that TIF district at its Oct. 14 meeting.

An important member of the team, Music said, was Mike Cahill, who joined Ruoff 1½ years ago as president of banking services. Cahill had served as CEO of Physicians Health Plan of Northern Indiana, the AWS Foundation and Tower Financial.

If a couple of hurdles are overcome, including a plan commission hearing and approval by City Council, Music expected construction could start in January or February and take about 1½ years to complete.

If the project doesn’t move forward, Ruoff would be forced to possibly relocate into a couple buildings, but the downtown will help it attract younger workers with a progressive workplace in the thriving culture of the area, Music said.

“Having Ruoff Mortgage as part of our revitalized downtown speaks volumes about how well things are going in Fort Wayne. I appreciate and value Mark and his team,” Henry said.

“Having a nationally recognized company wanting to call downtown Fort Wayne as home for their corporate headquarters sends a powerful message that Fort Wayne is worth investing in,” he said.

“Public-private partnerships are making a tremendous difference in our community. We’re well positioned for current and future success and even more investments by the private sector moving forward.”

Under Music’s leadership, Ruoff has expanded from a single Fort Wayne location to more than 55 retail lending offices in five states with a consumer direct platform covering 40 additional states. Its workforce has grown to about 700 from 18 employees.

“While we are proud of what Ruoff Mortgage has accomplished to date, we believe that our growth is still accelerating,” Music said in the statement.

“We want to secure the future of our headquarters in Fort Wayne, and the ability to have a signature building in my hometown that continues the revitalization of our downtown is an important step in accomplishing this goal,” said Music, who has called Fort Wayne home since the 1970s.

“We hope that we can quickly finalize our development agreement, receive all the appropriate approvals, and get started on this project as soon as possible.”

The company plans to relocate to the new facility from a headquarters on Magnavox Way in Fort Wayne.