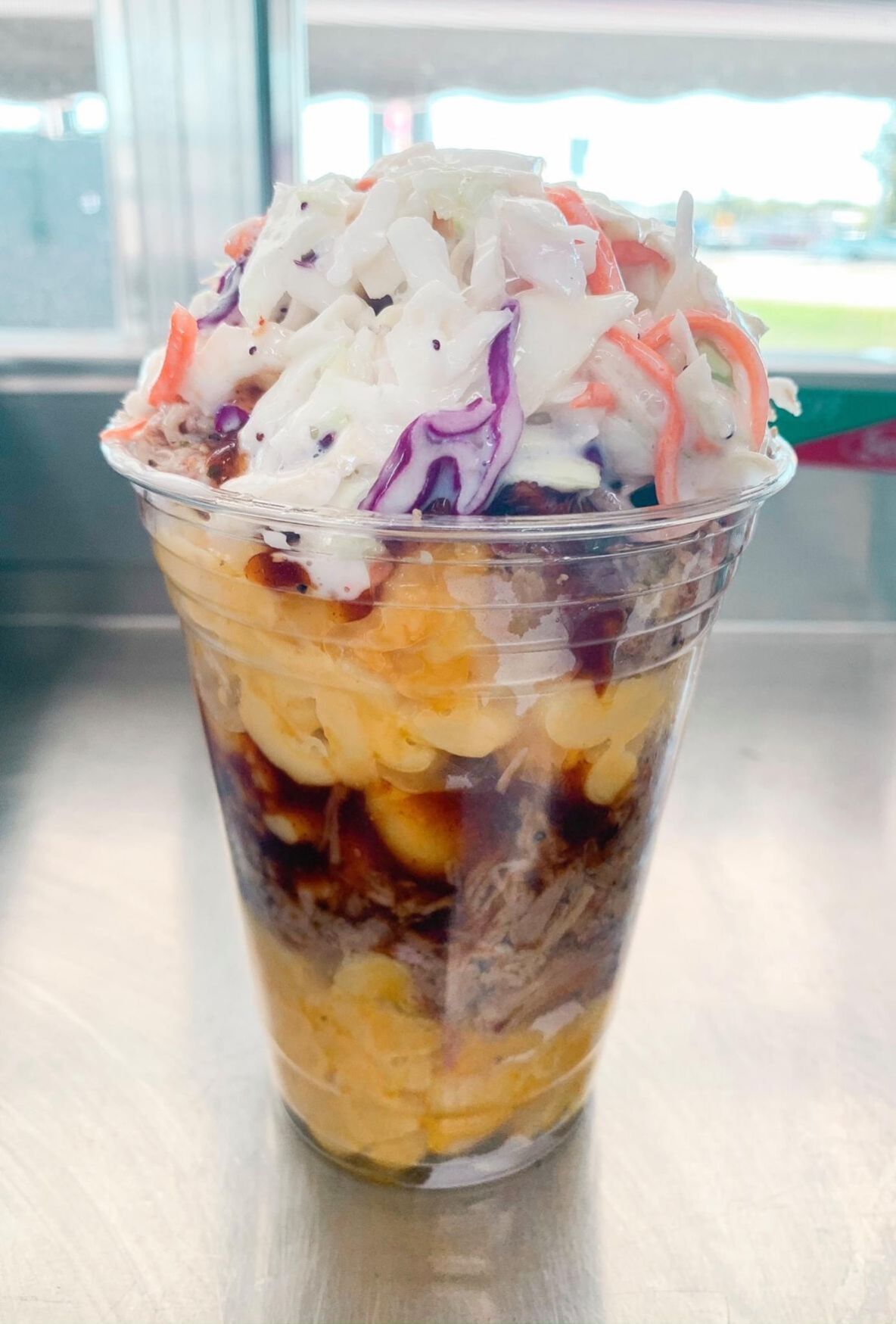 Layers of pulled pork and smoked macaroni and cheese are topped with cole slaw in this popular offering by McHyser BBQ of Columbia City. 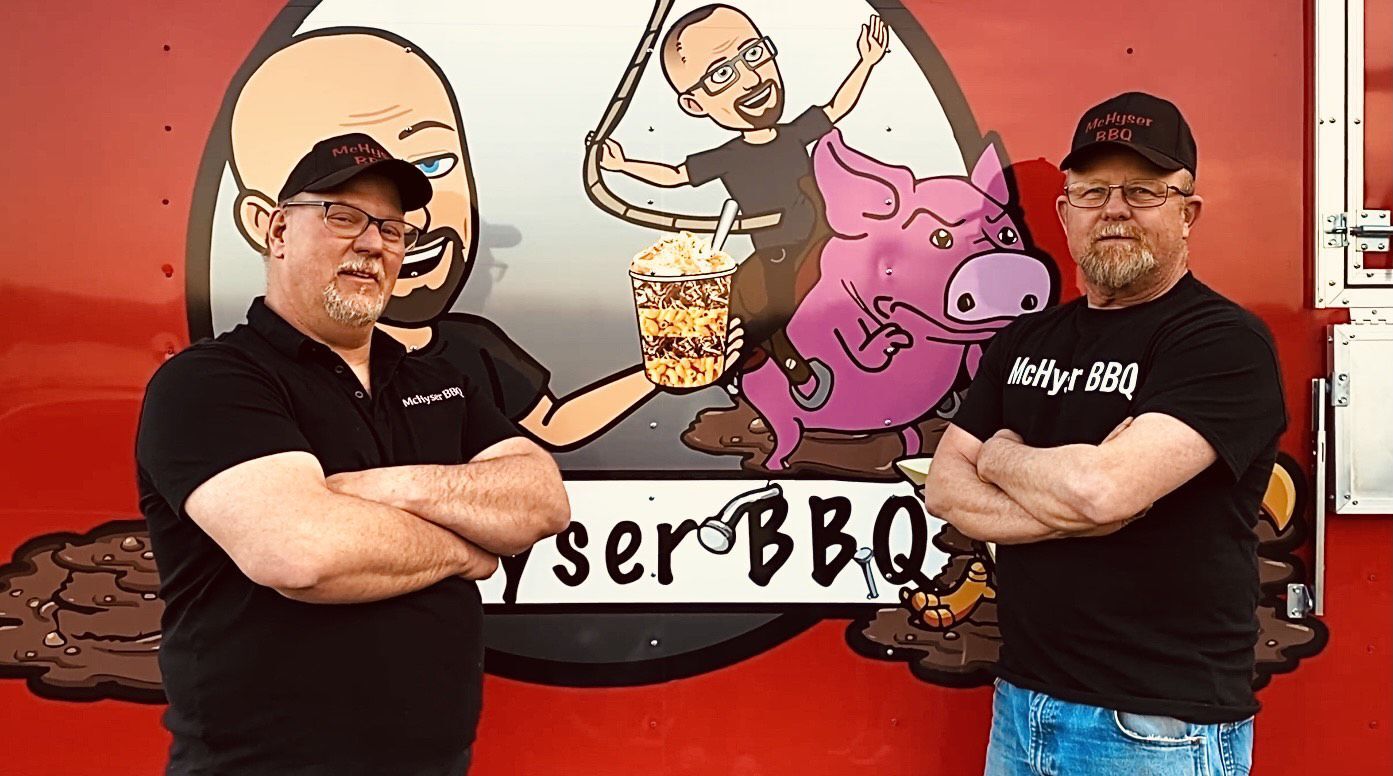 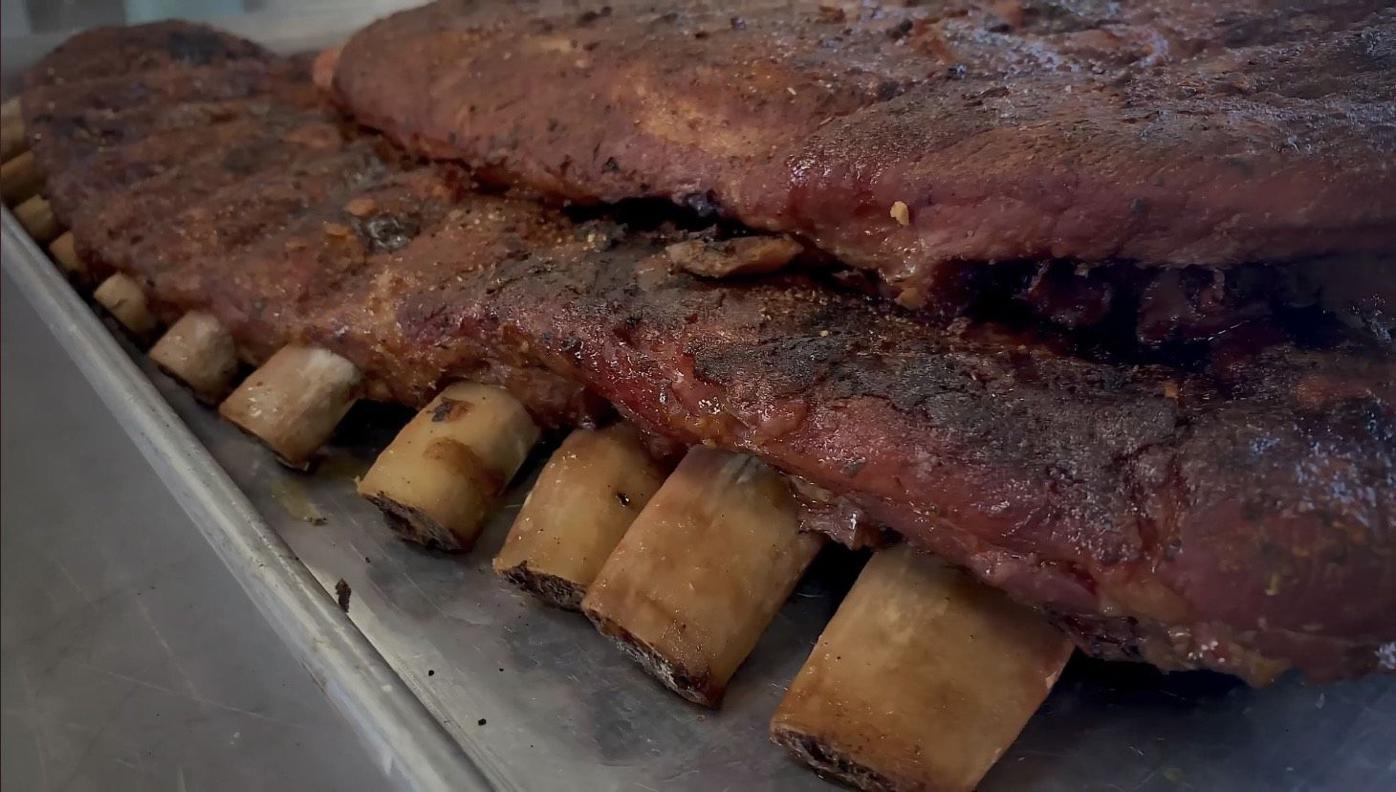 BBQ RibFest is known first of all for the ribs, such as these prepared by McHyser BBQ of Columbia City. Other festival favorites include chicken, pulled pork, brisket and more.

Layers of pulled pork and smoked macaroni and cheese are topped with cole slaw in this popular offering by McHyser BBQ of Columbia City.

BBQ RibFest is known first of all for the ribs, such as these prepared by McHyser BBQ of Columbia City. Other festival favorites include chicken, pulled pork, brisket and more.

The 24th annual festival restores the highlights and volume that weren’t possible last year at the height of the COVID-19 pandemic.

Fest owner and director Mark Chappuis observed that a healthy number of sponsors have signed on to make the festival possible. “People appreciate the family fun and delicious nature of RibFest,” Chappuis said.

“We had a scaled-back event last year but we still had two major concerts on Friday and Saturday,” he continued. He observed that RibFest was able to present a modified festival in a year that caused many celebrations to falter. He promised to abide by whatever protocols are necessary again this year.

“Everybody’s been sick and tired of the COVID thing,” he said. “The numbers of new cases statewide are very positive, and from what we’ve seen some of the small events that have been happening around town are bigger than they have been in a while. People are ready to return to a sense of normalcy.”

He said the name of the festival makes it clear that the fare is more than ribs. “The guys will be cooking up chicken, the brisket, the pulled pork. One of our vendors in years past has had barbecued chicken feet,” he said.

“We have all the other festival favorites — the lemon shakeups, the elephant ears, the roasted almonds, ice cream,” he said. “If you haven’t had your fill after barbecue, there are plenty of other good things to eat.”

Be prepared for the realities of a food service industry reeling from disruptions in the supply chain, he said. “Save up a few pennies because this barbecue is really special stuff by these award-winning national teams, so you’ll want to come down and enjoy,” he said.

“Our sense is this could be a record year because some of the other festivals have scaled back,” Chappuis said. “We’re really one of the first major festivals in Fort Wayne if not Northeast Indiana. So we think it’s going to be a fun year.”

Joining the traveling, celebrity ribmasters this year is McHyser BBQ, of Columbia City. Gene Hyser and Jeff McCormick are partners in the 3-year-old mobile enterprise, which has been booked on several recent weekends. “This is our first time there. They invited us and we’re excited to be there,” Hyser said. He sought to assure potential customers that they will find food in their price range. He said McHyser will absorb some of the hefty increases in meat prices. “We’ll keep prices the same. We’re not changing them,” he said. “We all have jobs, so we’re not jacking up prices. We’re eating the cost a little bit. Ribs are high but we’re still having a good time and meeting a lot of good people. We’re trying to keep it affordable.”

McHyser will serve ribs, pulled pork, chicken, smoked macaroni and cheese, coleslaw, beans and smoked apple and peach cobbler. “One of our biggest sellers is our pulled pork sundae, with smoked mac and cheese and pulled pork and coleslaw,” he said. Last year they sold more than 800 such creations in Jonesboro, Indiana. “We took 500 pounds of pulled pork and other stuff, and they cleaned us out,” he said.

It’s a small company, but it’s equipped for big markets. The smoker weighs 3 tons and can cook 130 slabs of ribs and 26 pork butts and still flip 40 chicken halves. “My partner’s been cooking for a long time, and every place I ever go, people really like his food,” Hyser said. “It just keeps bloomin’.”

McHyser will share the fest with Timmy’s and nationally known ribmasters such as Carolina Rib King of TV fame.

As usual, crews from area high schools will staff booths to sell soft drinks, and Chappuis will write checks to those school groups. Celebrity judges will choose their favorites; this year’s panel includes local athletes.