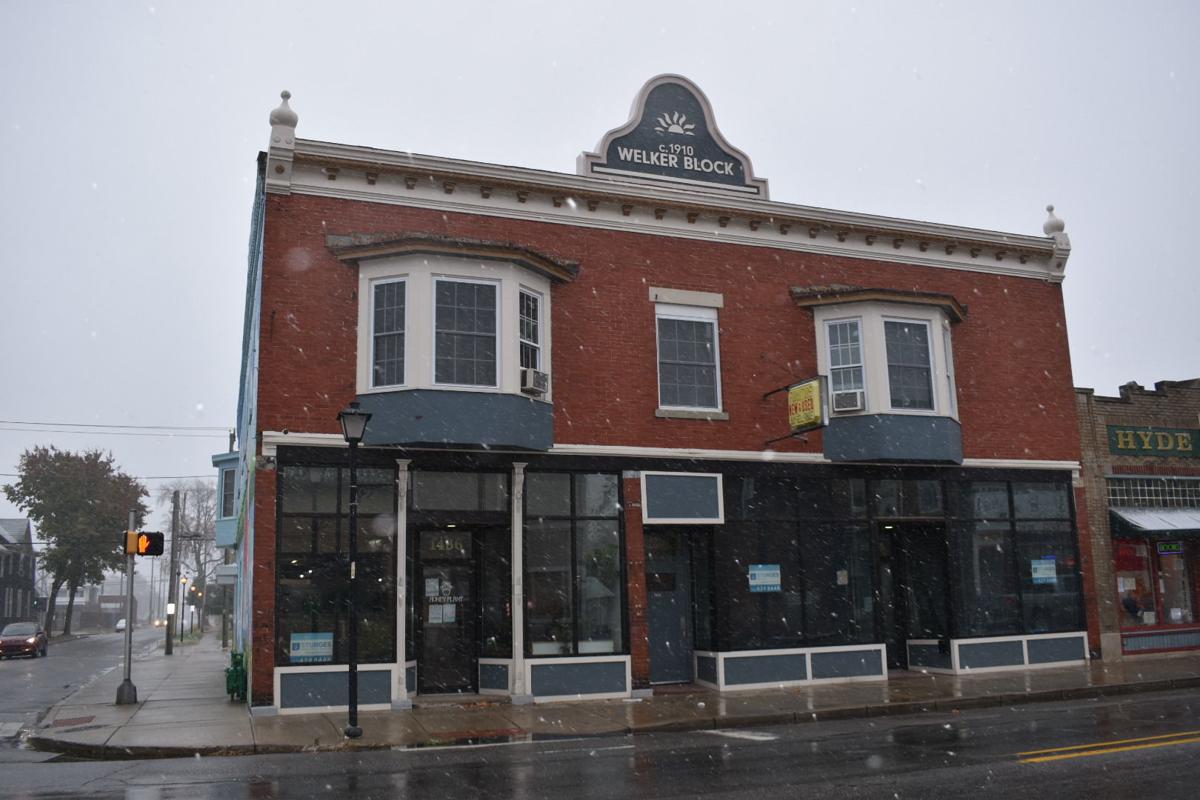 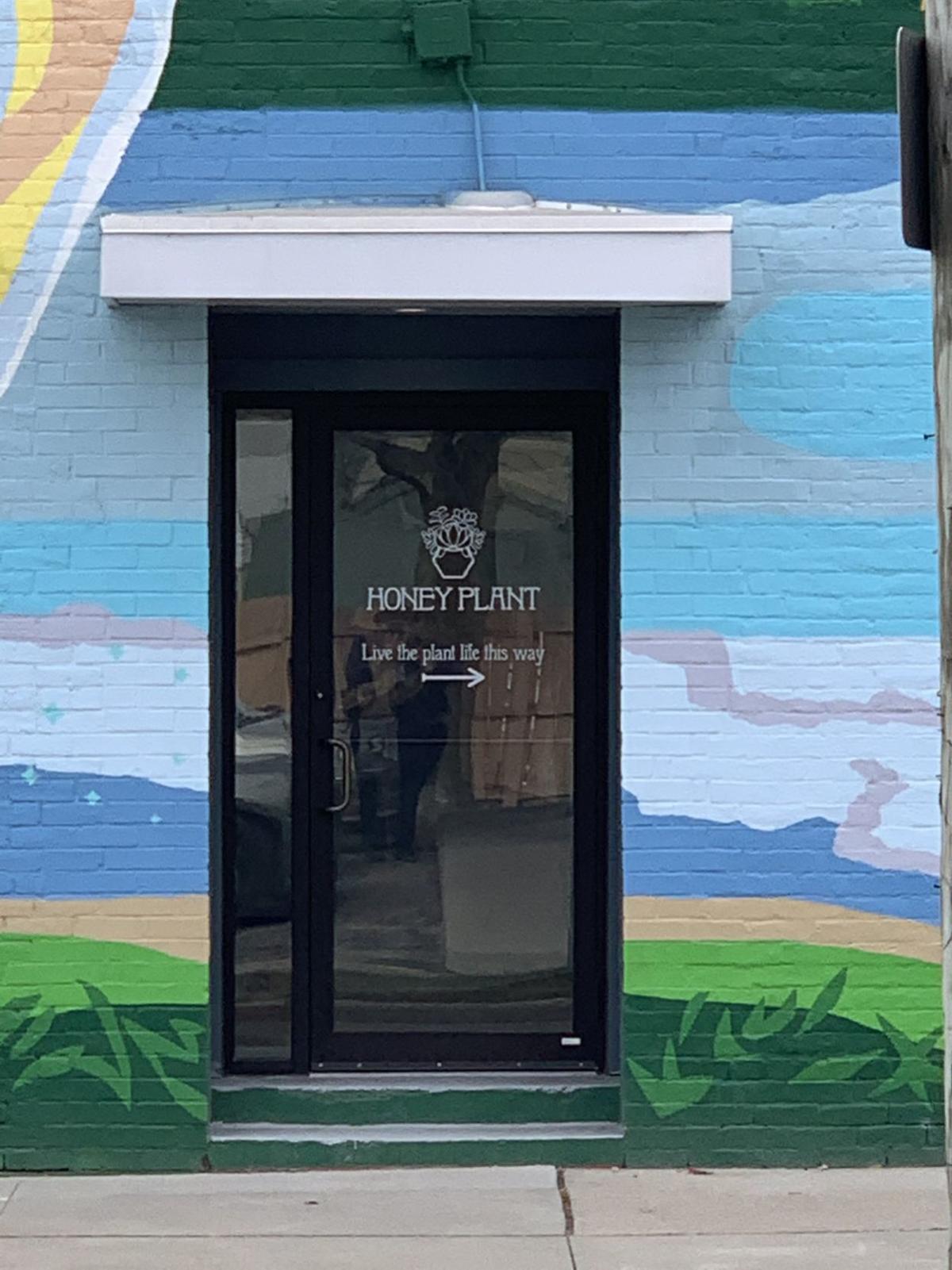 The side of Honey Plant's building is painted with a colorful mural. 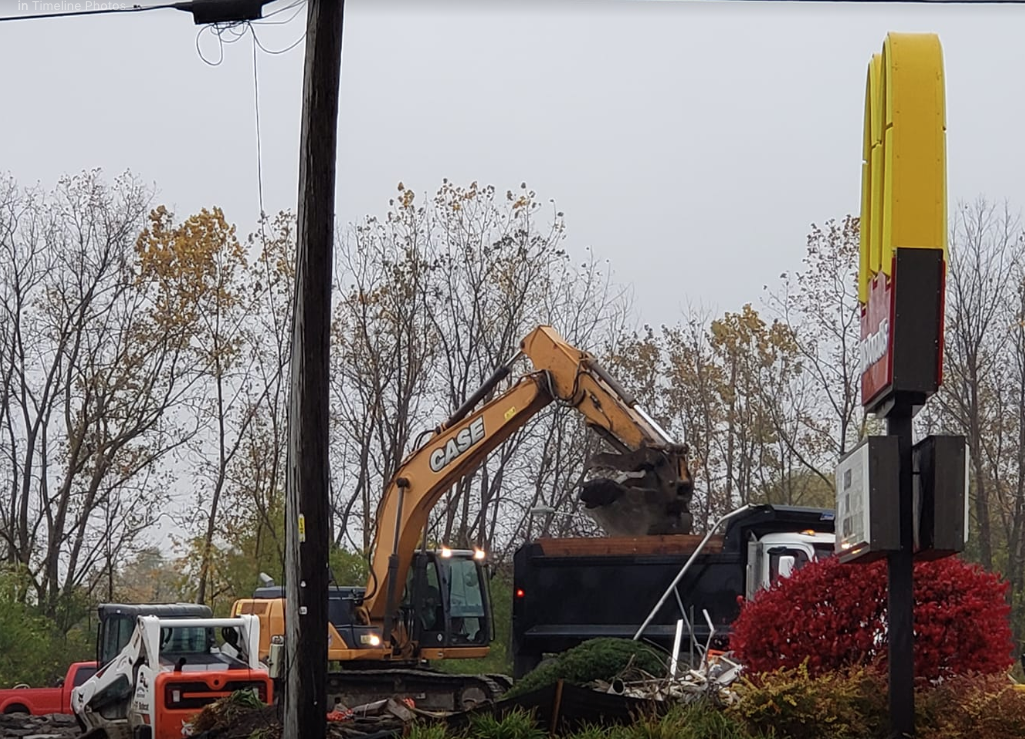 The McDonal's at 1001 Spartan Dr, Columbia City, is torn down with a new restaurant going up beside it.

The side of Honey Plant's building is painted with a colorful mural.

The McDonal's at 1001 Spartan Dr, Columbia City, is torn down with a new restaurant going up beside it.

Hoosiers Cassandra and Logan Braman had to go to Austin, Texas, to find their passion, which they’re cultivating in Fort Wayne.

Their Honey Plant business, which started as a popup shop at City Exchange downtown and at a farmers market, is now setting up shop in the recently renovated Welker Block.

The red-and-yellow Linda Lou used-furniture store formerly occupied two storefronts on the first floor, which has been renovated as two separate storefronts like they originally were. Shawna Nicelley, the owner of GI Joe’s Army Surplus, also on Wells Street, bought the building and spent $96,000 alone on repairing the facade, which involved a $40,000 facade grant from the city. She also did renovations of the seven studio apartments on the second floor.

The Bramans will occupy the lower half at 1436 N. Wells St. The couple met at Ball State University in Muncie, where they got journalism degrees. However, graduating during the economic downturn, they moved to Austin, where he worked in an ad agency and she did photography for a florist.

“It was probably the best thing,” Cassandra Braman said. “I found my true love.”

She loved how Texas had succulent plants that were static, she said.

“They’re perfect rosettes and linear, like string-of-pearls (Senecio rowleyanus). They don’t change so much.”

Moving to Fort Wayne, where Logan is from, to be closer to family, they both went full time into selling succulent plants. They design with succulents and cacti for offices and gifts.

The store will provide space for larger tropical and curated plants including fiddle-leaf fig (Ficus lyrata), rubber plants (Ficus elastica) and bird of paradise (Strelitzia) that are “fun and colorful” as well as for workshops to teach how to take care of the plants or make arrangements. They’ll also have small plants that customers can buy and watch grow, and they plan to continue to sell at Fort Wayne’s Farmers Market, she said.

Watering succulents can be tricky.

“Even the most thirsty plants don’t like to have their roots swimming in water,” she said.

Another thing to focus on is the way that light hits them. While they may be close to bright light, if the light particles aren’t actually hitting the plant, it won’t photosynthesize, she said.

They plan to have a soft opening Nov. 18, but are waiting on final building inspections. Their grand opening is planned for Nov. 30 when the Holly Trolley will take shoppers around businesses around downtown, West Main Street and the Wells Street Corridor 10 a.m.-4 p.m.

The snow have you wishing for a taste of summer? You have a couple of options.

Indian River Direct is bringing its Citrus Truckload Sale to Fort Wayne again next week, and the 29th annual FWCS Career Academy fruit sale will be held next month.

Indian River comes from a county of the sale name in Florida and will sell Florida citrus, along with bags of pecans, 9-10:30 a.m. Nov. 18 at Menards, 5511 Meijer Drive.

Proceeds from the sale support career education programs, including the costs to participate in regional, state and national career skills competitions, take field trips and bring in guest speakers, according to the school website.

The fruit comes from California, Texas, Washington and Spain, and is available in the following packages.

Baskets (includes an assortment of fruit):

Looking for a different option for your business carry-in lunch?

The CUBE 2.0 operates Tuesday through Thursday. Each day of operation, customers order by 10 a.m. for meals to be prepared by lunch. Get a soup du jour; sandwich served with seasoned curly fries, hummus and vegetables or chips and guacamole; salad; half-salad and cup of soup; half-sandwich and cup of soup. All are served with dessert.

No delivery option is available, so you’ll need to stop by the school, 1200 S. Barr St., Fort Wayne, to pick them up. While the school doesn’t serve regular sit-down lunches like it once did at its Barr Street Café, the space is available to the public for catered events, said Ann Applegate, culinary arts instructor. However, note that because the morning class dismisses at 12:05 p.m., 11:15 (a.m.) is the ideal time to hold a luncheon, she said. For the afternoon it would have to be around 1:30 p.m., when the next class arrives.

“My students really benefit from special events/caterings, and I rarely turn anyone down,” she said.

Several weeks ago my boss stopped at the McDonald’s at 1001 Spartan Drive, Columbia City, and chatted up the staff about the work going on there. They told her about the construction of the new restaurant next door with hi-tech kids tables that would be included, while the old restaurant with its play area would be torn down and turned into a parking lot.

However, when I identified myself as a reporter, I found the workers tight-lipped as they referred me to corporate, which didn’t respond to my request for information.

The plans don’t specify any special tables or extra electrical runs, said Nathan Bilger, AICP, executive director of the Columbia City/Whitley County Joint Planning & Building Department. However, without the playground, it might make sense that there will be touch-responsive LED tabletops like the McDonald’s in Fort Wayne on Washington Center Road near Lima Road, he said.

The old restaurant has been torn down, so we’ll see what the new one has when it opens.