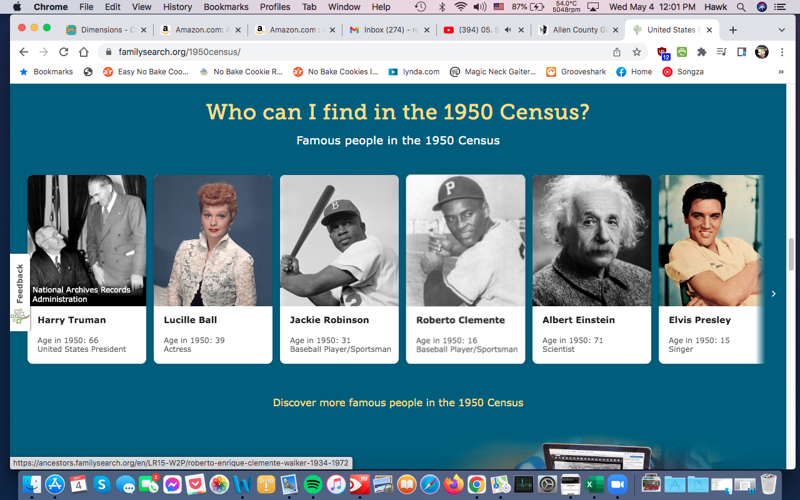 The 1950 census released in April has some big names on it. 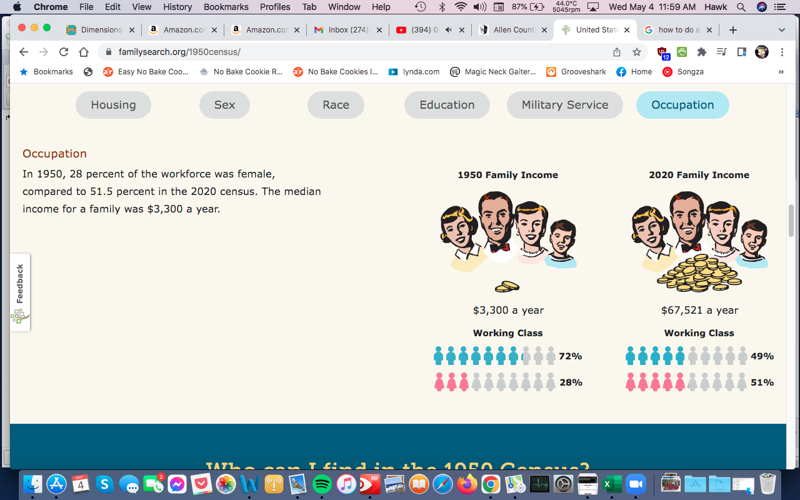 The 1950 census can give researchers a view of the number of women in the workforce post-World War II. 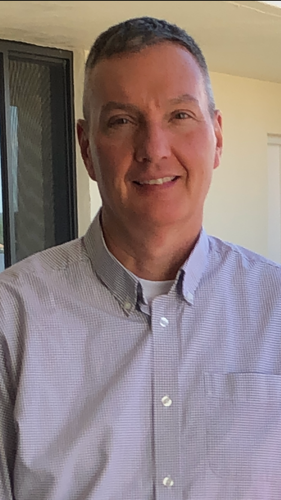 The 1950 census released in April has some big names on it.

The 1950 census can give researchers a view of the number of women in the workforce post-World War II.

With the 1950 census finally available to the public, it’s an exciting occasion at the Allen County Public Library Genealogy Center.

The 1950 census was released April 1, 72 years after the census was taken, per the rule agreement made in 1942 between the U.S. Census Bureau and National Archives that provides a balance between the need for public release of federal records and that of protecting confidentiality, according to the National Census Bureau website.

Thus, prior to this census, the most recent census release was back in 2012, when the 1940 census became available.

According to acting general services manager of the Genealogy Center at the Allen County Public Library Allison DePrey Singleton, the information available will help people shed light on many aspects of life back then.

“The census is an invaluable piece of history on so many levels, you can use it to understand our community, ethnic groups, country, anything you can study, really,” she said.

While it may seem like a bunch of not-so-meaningful data, the census allows people to glimpse into lives back in the 1950s, for example, how neighborhoods were organized and occupations that people had.

Singleton describes it as “looking at a snapshot in history.”

The census is useful for people looking into their own family history; it can help families discover unknown and, sometimes, even illegitimate, family members they wouldn’t have known about otherwise.

Having the 1950 census available is also useful since genealogists can now compare it to the 1940 census, from a pre-war to a post-war point of view.

With so much new information at her hands, Singleton has already arranged for informational sessions for the public. Two sessions have been held already, with a third in the works.

On a local level, multiple well-known families in Fort Wayne are listed in the census, including the Bass family who owned the Bass Foundry and the Mungovan family.

On a national level, stars such as Roberto Clemente, Elvis Presley, Lucille Ball and Harry Truman are all listed in the census. Presley would have been 15 years old at the time.

“Anybody with a well-known business would have been in there,” Singleton said.

Having the census almost all digital in a cloud service makes it even easier for people to access information, compared to prior census dates that weren’t already in a digitized form, according to Singleton.

Some census information is still being indexed, however, according to Singleton, with volunteers updating enumeration districts. The information will be available for free online once it’s fully indexed.

For volunteer Michael Vorndran of Fort Wayne, it’s been a fun experience.

Vorndran is also the president of the Allen County Genealogical Society of Indiana.

“In the past, our society has always manually indexed the census (for Allen County),” Vorndran said.

The group currently has 15 indexers within the organization. He estimates they are 45% done with indexing the census.

“With 15 indexers indexing 10 pages per day, we should be finished in seven weeks. There’s more work to it than you think,” he added.

Each page has approximately 30 lines on it, but there are a total of 7,061 sheets that need to be indexed overall. Back then, Fort Wayne would have had an official population of 183,722 people, compared to today’s 343,000.

“We log in and click on our name. All we do is put last name, first name, initials, then hit save. It’s automatically live once you hit save and available to the public,” Vorndran said.

One of the biggest struggles has been reading the handwriting, which is in cursive.

“It’s hard to read depending on the part of the city,” he said.

One big change he noticed while indexing is the fact that butlers and maids often lived in the home; in addition, many people resided in boarding houses, including Vorndran’s own grandmother, who used to rent a room to a man from Ohio.

Popular names back then included Donald, while many girls were named after their mothers. Also important to note, he said, was the fact that Hispanics were all listed as white.

“It was rare to see anyone in their late 80s still living. They would have been born during the Civil War,” he said.

One famous local person he has indexed so far is Ann Colone, who would have been 19 years old at the time. Colone, who died in 2007 at age 77, was a well-known program host who interviewed the Beatles, Presley and many other prestigious musical acts during her career.

Another struggle is having to look up records to match up names.

“I’ve even had to look up property records with the Allen County Assessors Office,” Vorndran said.