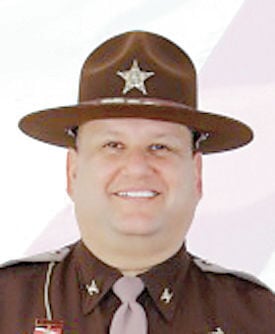 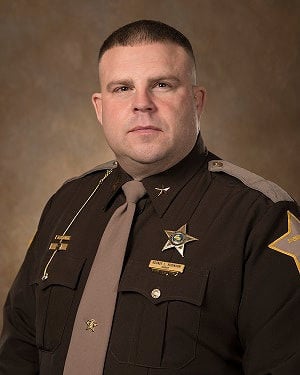 ANGOLA — When officials with the Indiana Sheriff’s Association gathered Jan. 13, one of the topics on their Zoom legislative conference was handgun permit fee reimbursements — or the lack thereof.

Ever since handgun permit fees were all but eliminated by the Indiana Legislature, the money that used to go to sheriffs departments and other police agencies that handled the permitting process has dried up.

There was supposed to be a replacement fund put in place that qualified law enforcement agencies could seek in the form of grants, officials say, but it has not been properly funded so there have been no funds at all available.

At least not now, said LaGrange County Sheriff Jeff Campos, who is president of the sheriff’s association.

“The funds are still available. What happened is, they underfunded the grant,” Campos said. “We did not get our 2021 grant funds.”

The money is distributed by the Indiana Criminal Justice Institute, a state agency.

What this means is qualifying police agencies throughout the state can’t access money they have used for such things as firearms purchases, buying ammunition, firearms training and the like. The permit fees would channel to dedicated funds with specific uses by police agencies.

Steuben County Sheriff R.J. Robinson said he has about $73,000 built up in his fund that was derived from the handgun fees. He said in the past he received about $20,000 to $25,000 annually from the fees.

“For so many years a lot of our agencies have operated as if these funds would be there for us to use. We rely on it,” Robinson said.

This year Robinson said he was planning on replacing the handguns used by him and his deputies. That would cost about $20,000.

With shortages of ammunition, it has been important for sheriffs departments to have these funds at the ready to make timely purchases, Campos said.

The handgun fees all but went away as sort of a compromise with legislation introduced by Rep. Ben Smaltz, R-Auburn, last year. Smaltz has made it a priority the last couple sessions to try to eliminate handgun licensing all together, something many in law enforcement oppose.

Last year, the licensing fee was eliminated and the money that went to law enforcement was supposed to be back filled as part of the budget.

This came as Smaltz’s “constitutional carry” bill passed the House and had wide support in the Senate then did not get a hearing in the upper chamber as the session wound down last spring. At the last minute, the handgun permit fees were removed and the grant fund was put in place.

Smaltz has reintroduced his handgun permit bill again this year and so far it has passed through the House.

Campos said he’s hoping to have some clarity for his fellow sheriffs in the coming months. Like Robinson, they all face a dilemma when it comes to funding their firearms programs.

Robinson said for every $125 lifetime permit fee that was collected in his office, he would receive $75 back before the law changed. That means the sheriff’s office was writing at minimum about 270 lifetime permits a year.