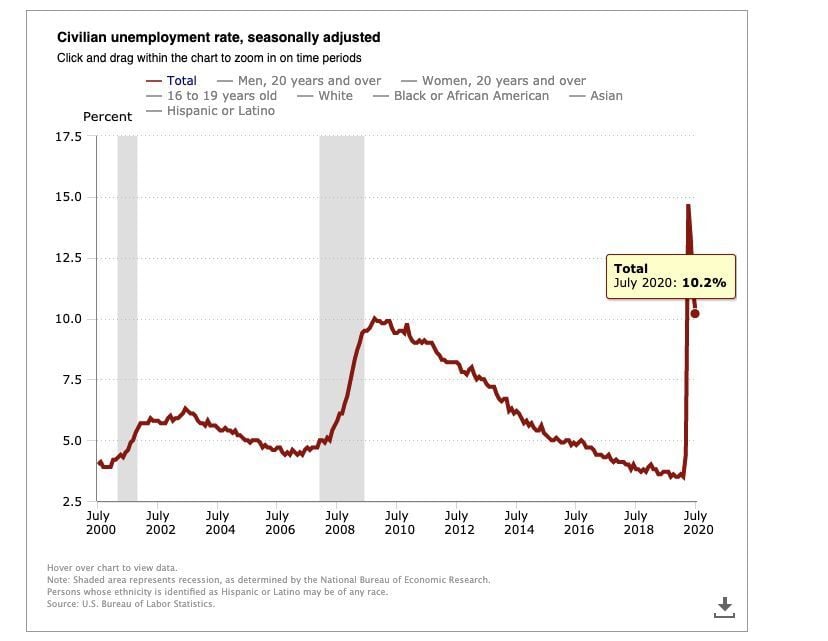 The recent rise in COVID-19 cases and any further lockdowns could affect the pace of the nation’s recovering, with unemployment for July at 10.2%, according to PNC Senior Economist Advisor Stu Hoffman. 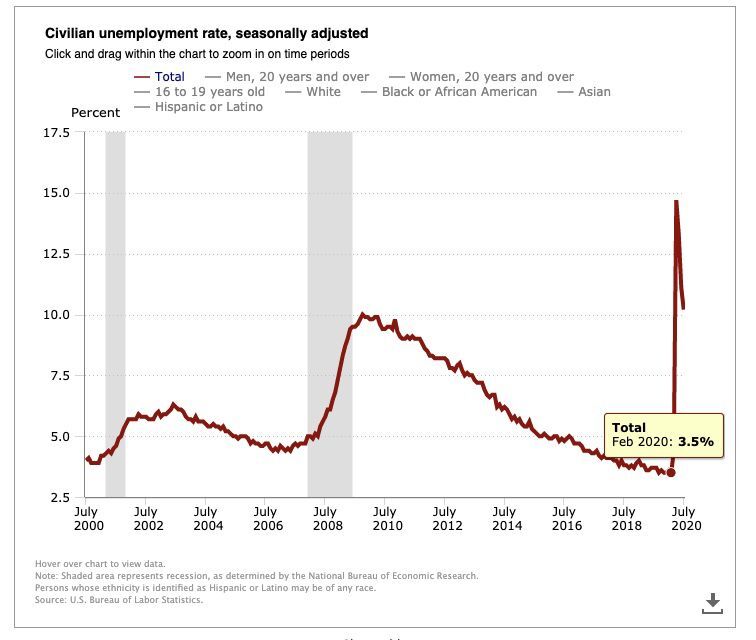 A decade of continuously lowering unemployment came to a screeching halt because of COVID-19, with February’s prepandemic figure at 3.5%. 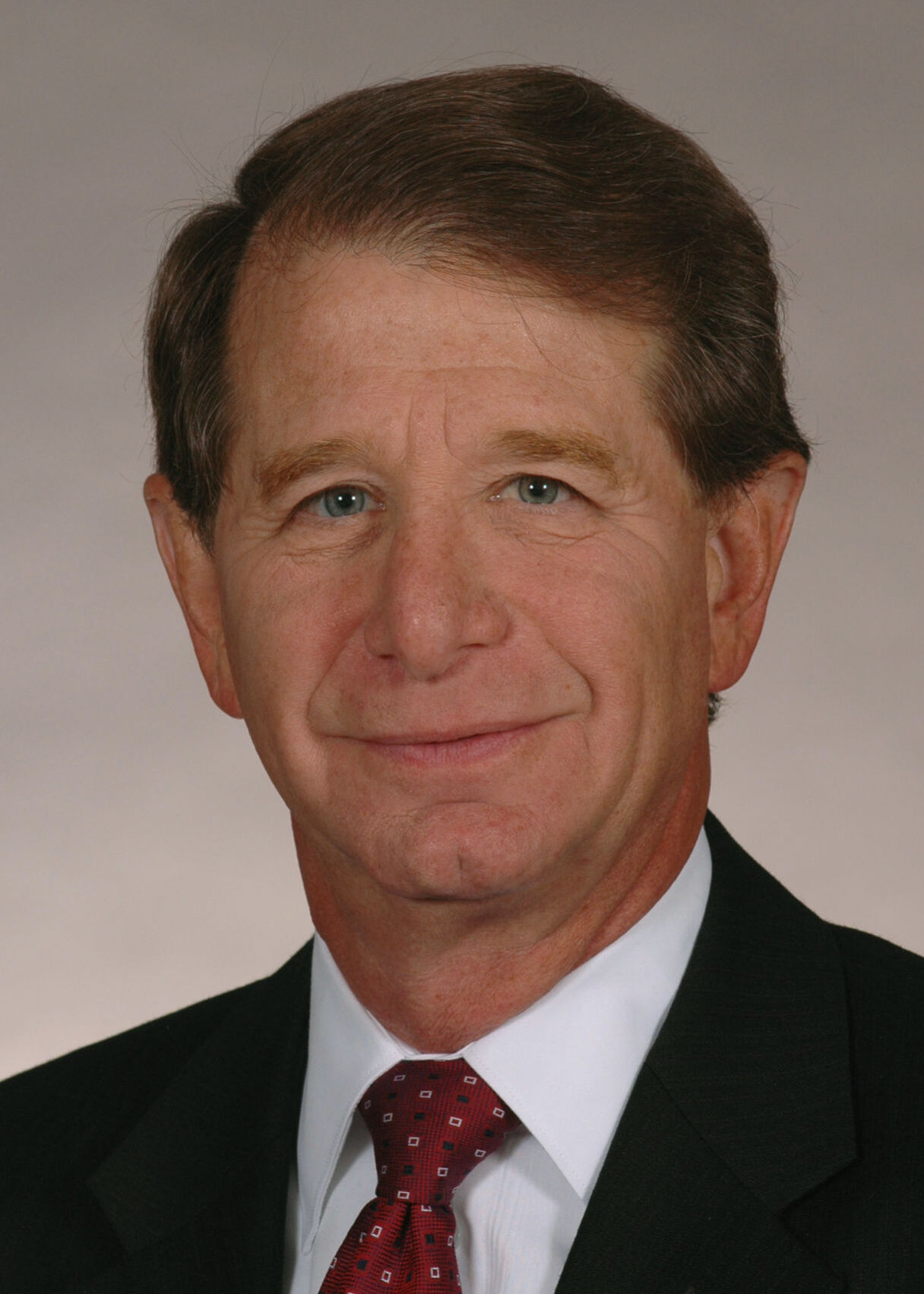 The recent rise in COVID-19 cases and any further lockdowns could affect the pace of the nation’s recovering, with unemployment for July at 10.2%, according to PNC Senior Economist Advisor Stu Hoffman.

A decade of continuously lowering unemployment came to a screeching halt because of COVID-19, with February’s prepandemic figure at 3.5%.

Total nonfarm payroll employment rose by 1.8 million in July, and the unemployment rate fell to 10.2% from June’s 11.1% as the country dealt with the fourth month of the COVID-19 pandemic, the U.S. Bureau of Labor Statistics reported Aug. 7.

“While the economy has added a large 9.28 million jobs over the past three months,” according to PNC Senior Economist Advisor Stu Hoffman, “it lost 22.16 million jobs in March and April combined. Thus, the economy has recovered 42% of its job losses over the past three months. But employment is still down by 12.8 million, or 8.2%, from its February peak. There is definitely a glass half-empty/glass half-full feel to the July jobs report.”

The change is much smaller than the rebound seen in June, the largest since COVID-19 became public in the U.S.. In June, 4.8 million jobs returned from the previous month. May saw an addition of 2.7 million employed. April data showed the full effect of COVID-19-related job losses, after governors across the nation started implementing closures of nonessential businesses, including restaurants and retail shops. The unemployment rate jumped from a decade of continuous decline at 3.5% in February to 14.7% in April.

How fast job growth in the U.S. continues depends on a variety of things, including the virus itself.

“A number of factors will determine the pace of recovery in the labor market. Most important is the path of the virus, and here the recent uptick in cases in many parts of the country is discouraging. If states re-impose restrictions on economic activity to combat the pandemic, or even if consumers are reluctant to venture out absent state restrictions, the labor market recovery will slow, perhaps dramatically. Also important is fiscal stimulus. One-time stimulus payments and extra unemployment insurance benefits have been supporting consumer spending for the past three months.”

The 10.2% unemployment figure for July may be a smidge inaccurate.

“According to the Bureau of Labor Statistics there are much (fewer numbers) of workers who are reporting themselves as employed but not at work,” Hoffman wrote, “when they should be classified as unemployed on temporary layoff; thus the 10.2 percent rate in July likely understates the ‘true’ unemployment rate by about a percentage point. But the same problem was there in April and May, and to a greater extent, and so the decline in the reported unemployment rate over the past three months is truly indicative of an improvement in the job market.”

Manufacturing employment, an important industry for the northeast Indiana region, increased by 26,000 in July. An employment gain in motor vehicles and parts (+39,000) was partially offset by losses in fabricated metal products (-11,000), machinery (-7,000), and computer and electronic products (-6,000). Although manufacturing has added 623,000 jobs over the past three months, employment is 740,000 lower than in February.

A survey of households found that in July, the unemployment rate declined by 0.9 percentage point to 10.2%, and the number of unemployed persons fell by 1.4 million to 16.3 million. Despite declines over the past three months, these measures are up by 6.7 percentage points and 10.6 million, respectively, since February, according to the BLS.

Total employment, as measured by the household survey, rose by 1.4 million in July to 143.5 million. The employment-population ratio rose by 0.5 percentage point to 55.1% but remains lower than in February (61.1%).

In July, the number of people not in the labor force who currently want a job declined by 463,000 to 7.7 million; this measure is 2.8 million higher than in February. These individuals were not counted as unemployed because they were not actively looking for work during the last 4 weeks or were unavailable to take a job.

In July, notable job gains occurred in leisure and hospitality, government, retail trade, professional and business services, other services, and health care, according to the U.S. Bureau of Labor Statistics.

These types of jobs, and the changes to them, are affecting wage data, according to Hoffman. “The coronavirus-related layoffs, and then job gains, have skewed wage data recently,” Hoffman said. “With job losses, and subsequent job gains, concentrated in low-wage industries such as restaurants and retail, average hourly earnings jumped 4.7% in April as these workers were laid off (the biggest increase on record), and then fell 1.1% in May and fell 1.3% in June as they were rehired (the two biggest declines on record). July average wages rose by 0.2% and are up 4.8% from a year ago.”

Government employment rose by 301,000 in July, but is 1.1 million below its February level, according to the BLS. Usually, public-sector education employment declines in July (before seasonal adjustment).

In July, retail trade added 258,000 jobs, according to the BLS. Employment in the industry is 913,000 lower than in February. In July, nearly half of the job gain in retail trade occurred in clothing and clothing accessories stores (+121,000). By contrast, the component of general merchandise stores that includes warehouse clubs and supercenters lost jobs (-64,000).

Employment in professional and business services increased in July (+170,000) but remains 1.6 million below its February level. The majority of July’s gain occurred in temporary help services (+144,000).

Employment in health care is down by 797,000 since February.