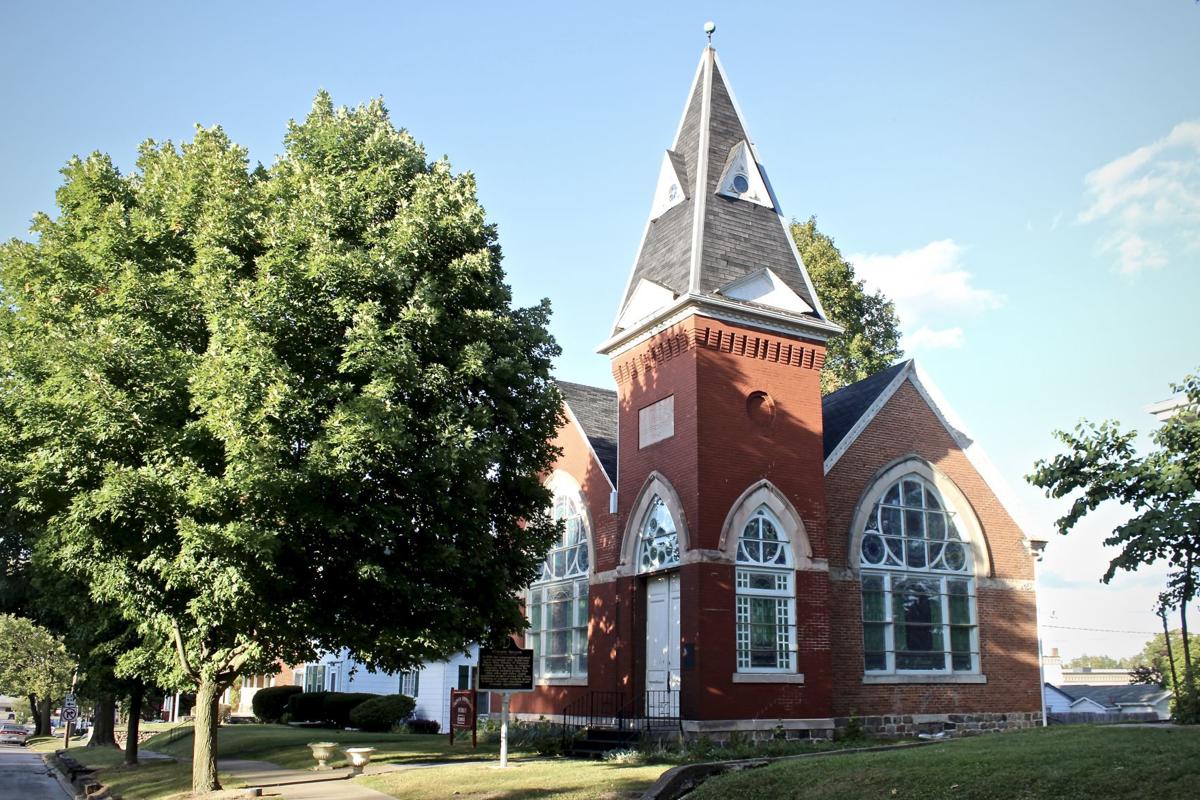 The Ahavas Shalom Reform Temple sits on Main Street in Ligonier. It has recently been sold. 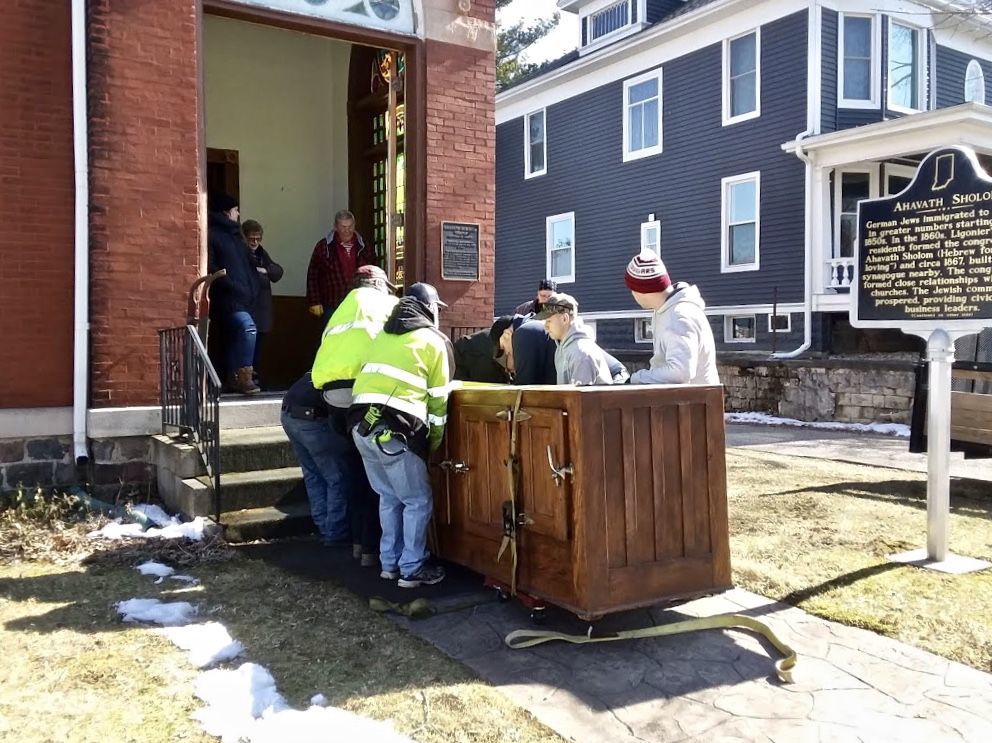 The Ligonier Fire Department and other volunteers helped move a “Lig-O-Nier” refrigerator case from the Ligonier Jewish temple to the Noble County Historical Society.

The Ahavas Shalom Reform Temple sits on Main Street in Ligonier. It has recently been sold.

The Ligonier Fire Department and other volunteers helped move a “Lig-O-Nier” refrigerator case from the Ligonier Jewish temple to the Noble County Historical Society.

LIGONIER — After nearly a year and a half on the market, Ligonier’s Jewish temple has sold.

The buyers are Greg and Stacey Merrell from Indianapolis. The couple, who intend to use the temple as their own home, paid “less than $10,000” for the property, Indiana Landmarks Director Todd Zeiger said.

“We didn’t make any money on it,” Zeiger said, noting that the money covered holding costs and a few odds and ends spent on the property.

When Indiana Landmarks took temporary ownership of the temple in November of last year, the intention was to do some emergency repairs, primarily to the roof, to save the structure from being damaged.

Zeiger said Landmarks contracted a company from Fort Wayne to do a temporary roof fix.

Now, the new owners bear the onus of preserving the property’s history, along with bringing it to modern times, something Zeiger is confident the Merrells will handle properly.

“Knowing what the buyers are going to do, they’re going to be respectful,” Zeiger said.

Indiana Landmarks holds exterior covenants on the building, preserving things like the stained glass windows and the architecture. They hold no interior covenants, however, and Zeiger said the couple may add square footage to the cozy footprint with a loft.

With news of the final sale, the Ligonier Historical Society made a final push Saturday afternoon to take out some remaining items from the temple, which it previously used as a museum.

One of these pieces, a “Lig-O-Nier” refrigerated case, took some extra manpower to move out of the building.

“I would personally like to thank Tim and Anne Ringler, Earle Franklin and Jeana Leamon for coordinating and helping with the final push to get the last remaining large items out of the temple,” Schlemmer said. “We are so glad that the temple will be saved, as that was our mission all along.”

The case was taken to its new home with the Noble County Historical Society in Albion.

“It was a little emotional for me,” Schlemmer said of watching the last bits of furniture leave the temple.

Schlemmer said the Ligonier Historical Society also left an original pew and an older display case for the new owners.

As far as the other artifacts moved out of the temple, the Ligonier Historical Society has made progress returning some of those, but is still verifying where other items need to be returned to.