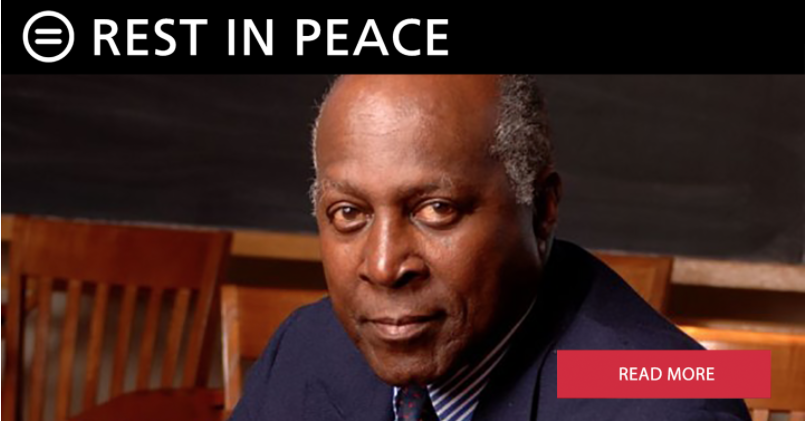 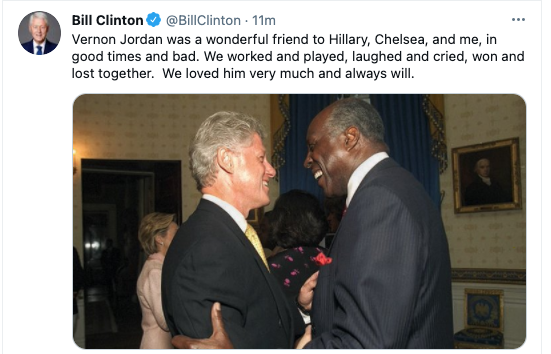 Civil rights leader Vernon Jordan, a close friend of President Bill Clinton and former first lady Hillary Clinton, who survived a 1980 assassination attempt in Fort Wayne, has died at age 85. No cause of death was immediately released.

Jordan, who died March 1, was head of the National Urban League when he was shot and seriously wounded on May 29, 1980, outside the Marriott Inn on Fort Wayne’s north side. Jordan was in town to speak at a dinner for the Fort Wayne chapter of the Urban League.

Joseph Paul Franklin was acquitted in 1982 of charges of attempted murder in the case but over a decade later admitted to Jordan’s shooting. Franklin was later convicted in several racially motivated killings and also admitted to but was never convicted of shooting and paralyzing pornography media publisher Larry Flynt in 1978, according to published reports. Franklin was executed in 2013.

Quinton Dixie, an associate research professor of the History of Christianity in the United States and Black Church Studies at Duke University, and a current Fort Wayne Urban League board member and the group’s immediate past interim CEO, issued the following statement:

“Vernon Jordan (1935-2021) will forever be linked to Fort Wayne. Not only was he an outstanding National Urban League president, his guidance at a critical point in our organization’s 100-year history helped keep the league on a path of growth and relevance even as the power and prestige of other organizations started to wane.

“The attempted assassination on his life following a Fort Wayne Urban League event sent shock waves through the nation, and President Jimmy Carter even came to town to check on him while he was hospitalized. Had it not been for the skillful hands of local African-American physician Dr. Jeff Towles, Vernon Jordan quite likely would not have been there to become an important senior advisor to President Bill Clinton, or join the board of corporations like Revlon and Xerox.

“Vernon Jordan’s moderate, behind-the-scenes leadership style came to typify the Urban League way, and we shall be forever grateful for all he gave to Fort Wayne, to our organization, to our nation.”

National Urban League President and CEO Marc H. Morial issued the following statement in response to the death of Jordan, his predecessor:

“The nation has lost one of its greatest champions of racial and economic justice. He was a transformational leader who brought the movement into a new era. He was a personal mentor and dear friend. His passing leaves a tremendous void that can never be filled.

“Vernon assumed leadership of the National Urban League at a crucial moment in history, after the passage of the Civil Rights Act, the Voting Rights Act, and the Fair Housing Act. The broad, legal goals of the 20th-Century Civil Rights Movement had been achieved. His mission, as he saw it, was to empower Black Americans to realize the promise of these victories. In his words, ‘Black people today can check into any hotel in America, but most do not have the wherewithal to check out.’

“The exceptional poise and dignity with which he carried himself was just as striking as his impressive height. Born into an era when Black men were routinely addressed as ‘Boy,’ Vernon’s mother pointedly nicknamed him ‘Man.’ He honored her faith in him with his bravery, his grace, his brilliance and his excellence.

“The National Urban League would not be where it is today without Vernon Jordan. We have lost more than a leader; we have lost a brother. We send our prayers to his wife, Ann, his daughter, Vickee, and his entire family and extended family as we rededicate our commitment to his vision of justice and equality.”

President Clinton tweeted of connections to himself and his wife and daughter, “Vernon Jordan was a wonderful friend to Hillary, Chelsea, and me, in good times and bad. We worked and played, laughed and cried, won and lost together. We loved him very much and always will.”

According to published reports, Jordan became executive director of the United Negro College Fund in 1970 and served as president of the National Urban League from 1971 to 1981.

His memoir, “Vernon Can Read!” (2001), written with Annette Gordon-Reed, includes his life as a young college student, his work in civil rights as well as a political advisor, and his job as senior executive at Lazard Freres, an investment firm.

Jordan graduated from DePauw University in Greencastle in 1957. Jordan went on to a law career, while splitting his time between a law firm in Washington, D.C., and an investment-banking firm in New York City, according to the local Urban League chapter. Jordan was the first lawyer to head the Urban League, which had traditionally been led by social workers.