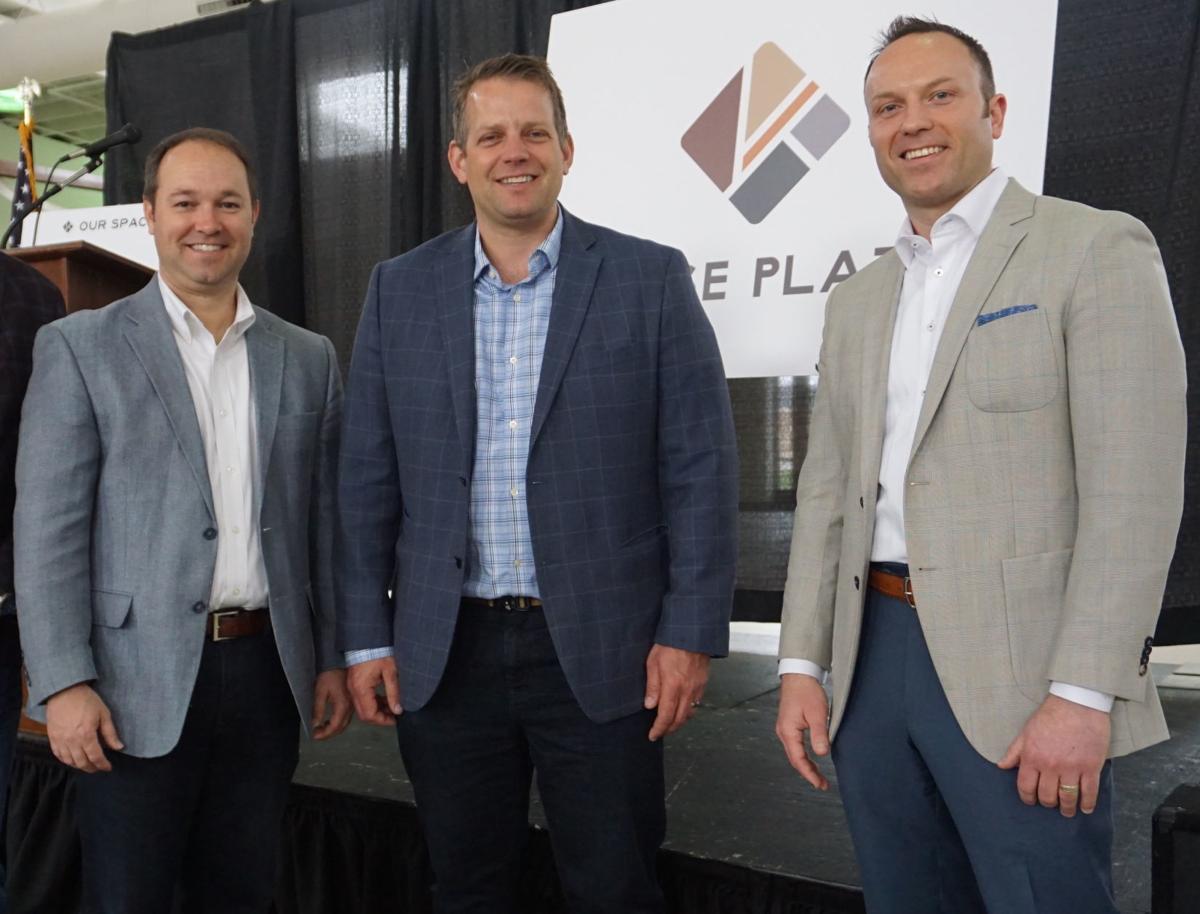 Co-owners of Kruse Plaza in Auburn, from left, Marlin Stutzman, Jason Bontrager and John Kruse, reportedly purchased a major portion of the Amish Acres resort in Nappanee at a Feb. 5 auction. 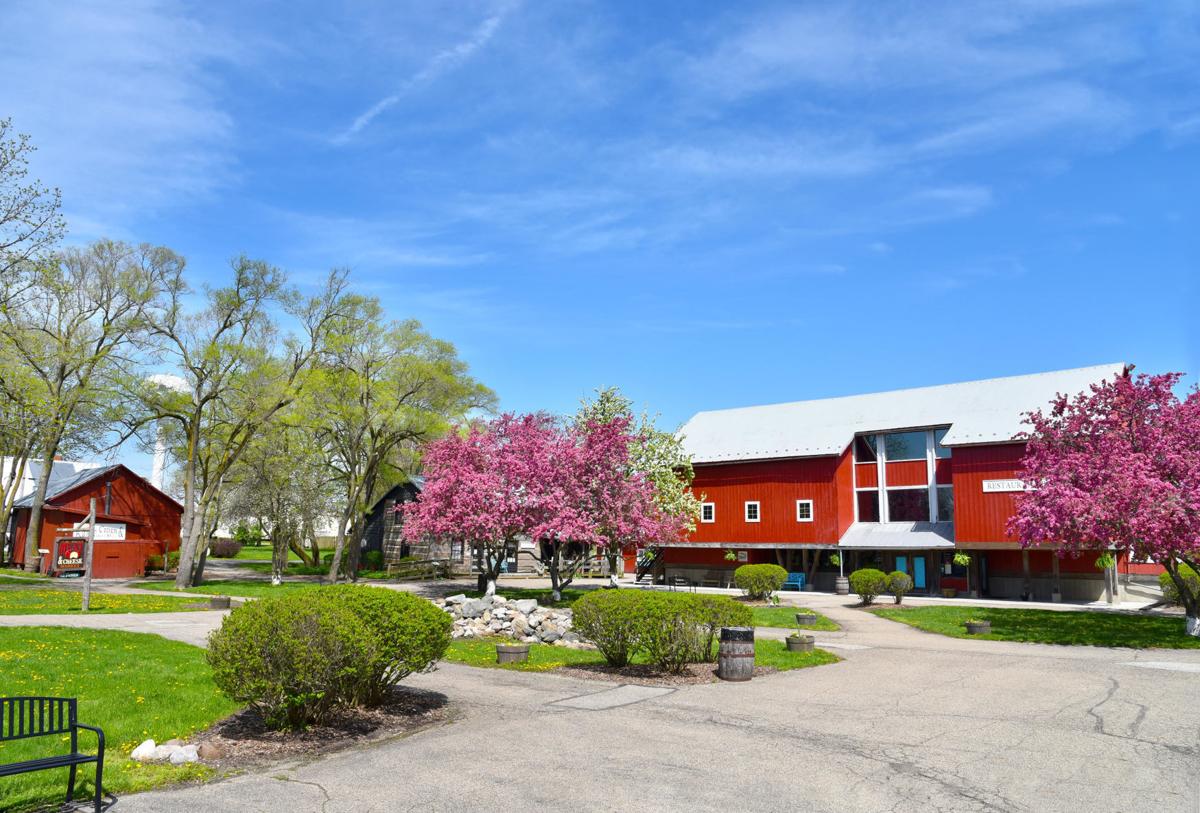 Co-owners of Kruse Plaza in Auburn, from left, Marlin Stutzman, Jason Bontrager and John Kruse, reportedly purchased a major portion of the Amish Acres resort in Nappanee at a Feb. 5 auction.

NAPPANEE — The owners of Kruse Plaza in Auburn bought a major portion of the Amish Acres complex in Nappanee in an auction Feb. 5.

John Kruse of Auburn, Jason Bontrager of Elkhart and former congressman Marlin Stutzman of Middlebury paid $1.61 million for the entertainment center at Amish Acres. The purchase includes the Round Barn Theatre, a 400-seat restaurant and rights to an annual festival, as well as parking areas, Kruse said.

Feb. 5’s auction of the tourism attraction brought a grand total of $4.425 million, but the greatest attention focused on the assets purchased by Kruse, Bontrager and Stutzman, said a news release from Schrader Real Estate and Auction Co. of Columbia City, which conducted the sale.

Kruse said the new owners intend to continue operating Amish Acres as a tourist attraction. He said it will open on schedule this spring, around Memorial Day, and continue its popular arts and crafts festival this summer.

“What we’re going to be focused on first is the ultimate experience” for visitors, he said. “We want to build off what’s there. We want to try to improve it. We want to bring in a lot of current things that people will resonate with more in 2020. ... We’re excited about all of it.”

Kruse said the new owners aim to modernize the restaurant menu, increase options for weddings at Amish Acres and bring “new and exciting theater opportunities.” He said his group holds rights to a theater-entertainment package that “people are going to absolutely love” and that will be a “significant draw.”

“We want to bring world-class entertainment and activity to that campus,” he said. “The theater is really one of the premier theaters in the Midwest, currently. We want that to be a nationally renowned theater because of the quality of the shows.”

“Legacy Theatre Company, owned by my wife, Christy, and her sister, Wendy Rivera, and Wendy’s husband, Gabe, will operate the Round Barn Theatre. We hope to reopen in the spring with new theater productions and family fun for all,” Stutzman said in a news release from the auction company.

Under the Pletcher family’s ownership, Amish Acres drew about 150,000 people each year to watch stage shows in the 400-seat Round Barn Theatre, dine in the large restaurant and visit its annual Arts and Crafts Festival, the Tribune said.

Kruse said his group plans on updates and maintenance, but the property is in good condition.

He said the new owners will be making “fun and exciting announcements” affecting 2020 and 2021 at Amish Acres.

The buyers intend to retain some existing staff members and add “spectacular people” to the Amish Acres staff, he said.

“We have some real rock stars who are going to move back to Indiana to run this at a high level,” he said. The new owners aim to bring more jobs to Amish Acres and “continue the economic impact for another five decades,” he said.

Previous owner Richard Pletcher and his family members bought the property as a farm in 1968 and developed it into a tourist attraction, Greater Fort Wayne Business Weekly said in a January report.

The Pletchers put the complex up for sale because they are exhausted by running the business, the South Bend Tribune reported last week.

Kruse, Bontrager and Stutzman did not buy the Nappanee property’s hotel, but Kruse said they are excited about working with the hotel’s new owners.

“The reason we bought Kruse Plaza is: We want to be a center and hub of activity,” he said. “We believe very fundamentally that families are a significant part of the fabric of our community,” which leads to a focus on “weddings and corporate, family, nonprofit and civic events that bring people together.”

Having two campuses “allows us to have a broader impact throughout a bigger chunk of northeast Indiana,” Kruse said. “It’s a lot of synergy, and we’re thrilled at the opportunity. It matches a lot of the fundamental beliefs we have at Kruse Plaza.”

The trio said at the time they planned to make Kruse Plaza “the largest and most flexible event venue in northeast Indiana,” as a site for weddings and corporate events, as well as an education center. The 200,000-square-foot building opened in 2003 as a museum of World War II history and collector automobiles.

Kruse Plaza also serves as the site for a Labor Day weekend auction of collector cars staged by Worldwide Auctioneers, in which Kruse is a partner.