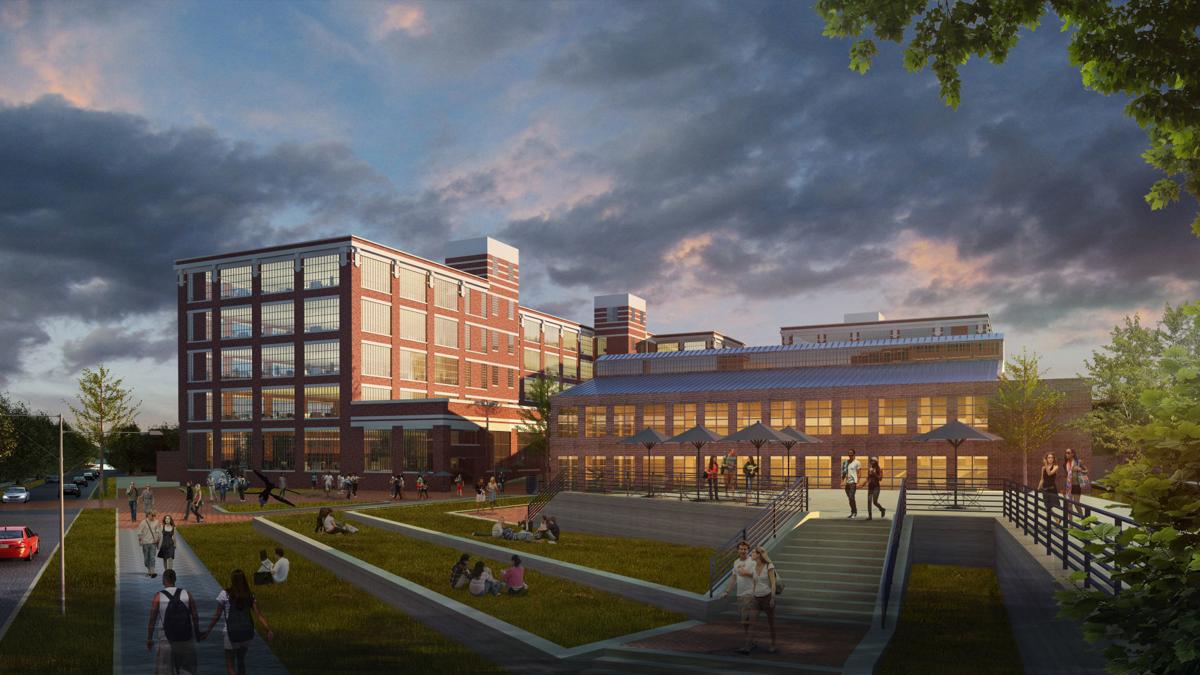 A rendering depicts the redeveloped West Campus of Electric Works at dusk. 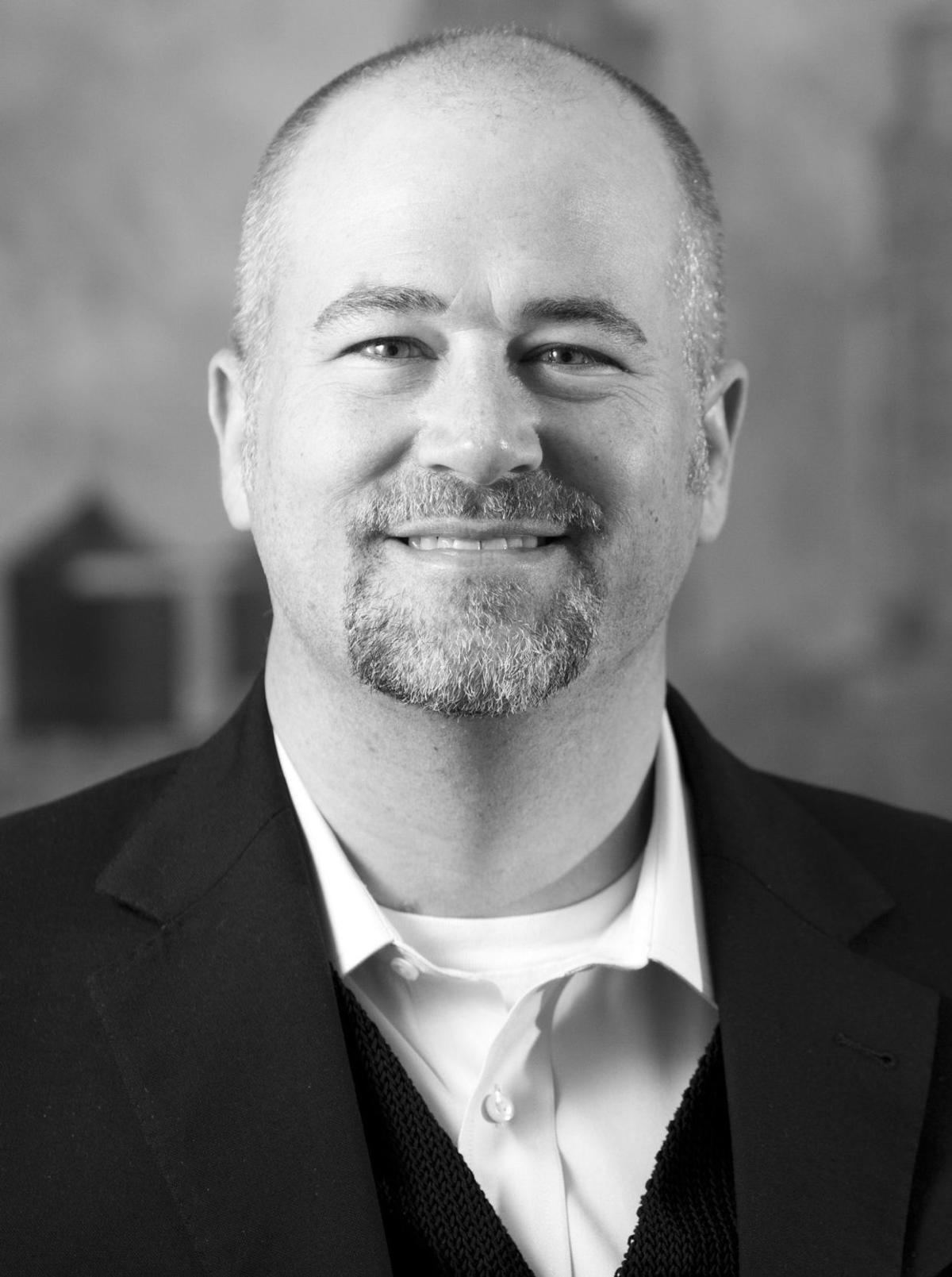 Electric Works developers have all the lease commitments they needed for the project’s public funding, even if that took a little longer than planned. Among the latest to seek space in the project is Conjure Coffee.

A week after owner and Fort Wayne native Corey Waldron announced he was opening a second location came news that he also had signed a letter of intent to open a café in the Electric Works Innovation Center. Waldron founded Conjure in 2015 and operates his retail and wholesale artisan roasted coffees sourced globally at 701 Columbia Ave., Fort Wayne.

Waldron said in the announcement that he envisioned moving his company into a space like Electric Works, which he said is reminiscent of places he’s visited in Toronto, Seattle and San Francisco.

The Electric Works and Foellinger-Freimann Botanical Conservatory spaces, the latter of which he plans to open in mid-November, will both have Modbar under-counter commercial espresso machines. Waldron is also a founder and co-owner of Modbar, a Fort Wayne-based company that brought the first such machines to the United States.

Unforeseen delays caused them to miss a Sept. 1 deadline to secure signed leases for at least 250,000 square feet at Electric Works to qualify for the funding, but on Sept. 25 they were able to make the announcement that officials were waiting for.

The pre-leasing commitments they lined up on that amount of space included a master lease of the Electric Works Innovation Center and food hall/public market, Jeff Kingsbury, managing principal of Greenstreet Ltd., said in a statement.

“We are continuing to identify subtenants for these important, unique, quality-of-place features of Electric Works,” he said.

The Indianapolis firm he is with, along with Decatur-based Biggs Development and Baltimore-based Cross Street Partners, make up RTM Ventures, which is developing Electric Works.

More than 160,000 square feet of institutional or commercial space in that part of the former General Electric Broadway complex is committed to tenants outside of Allen County, which plan to create hundreds of local jobs when they establish operations at Electric Works, Kingsbury said.

“Both of these figures exceed the thresholds put forth in our Economic Development Agreement with the City of Fort Wayne and Allen County,” he said.

“These early results are consistent with extensive third-party research showing that a mixed-use, walkable innovation district model can help grow the market in northeast Indiana.”

Meeting the leasing requirements allows RTM Ventures to keep the $45 million in bond support the Fort Wayne Capital Improvement Board conditionally approved for the project. Earlier this year RTM had agreed to a June 30 leasing deadline, which it missed.

Part of the problem at that time was a partial shutdown of the federal government that lasted more than a month, which delayed the developer’s access to staff at the National Parks Service to help it acquire $45 million in tax credits that it counted on for the project. And some potential tenants wanted to see all that funding in place before committing to Electric Works.

In addition to the $45 million in bonds, $10 million has been allocated from the city’s Legacy Fund, $3.5 million each from both Fort Wayne and Allen County income taxes, and $3 million in loans from the CIB and the county for remediation efforts.

“We recognize that successful public-private partnerships can be complex and take time,” Fort Wayne Mayor Tom Henry said in response to the RTM Ventures leasing success.

“We also know they’re critical to advancing our community and region as a point of destination for job and business growth, strong neighborhoods, and attractive quality of life amenities. The City of Fort Wayne, along with the other public financing partners, want to see Electric Works happen and succeed,” he said.

“We’re committed and engaged partners with the Electric Works development team as the process continues to move forward. We stand beside the developers as they do all they can to secure tenants and their private financing.”

The $250 million public-private partnership project will redevelop the west side of the former General Electric complex at 1030 Swinney Ave. off Broadway to create more than 1.2 million square feet of space for office, educational, innovation, retail, residential and entertainment uses.

Plans call for apartments and retail space that will include the public market/food hall with food growing at the site and 90,000 square feet of innovation space.

Eventually, redeveloping both sides of the Broadway complex will cost $440 million.

“Moving forward, our priorities continue to be working with community and economic development leaders to define program partnerships between businesses, higher education institutions and the new STEAM (Science, Technology, Engineering, the Arts and Mathematics) high school, and recruiting innovative, growth-oriented companies for creative office space, as well as entrepreneurs and small businesses for the Electric Works Innovation Center,” Kingsbury said.

“Moving forward, our priorities continue to be working with community and economic development leaders to define program partnerships between businesses, higher education institutions and the new STEAM high school,” he said.

The developers also will be involved in “recruiting innovative, growth-oriented companies for creative office space, as well as entrepreneurs and small businesses for the Electric Works Innovation Center,” he said.