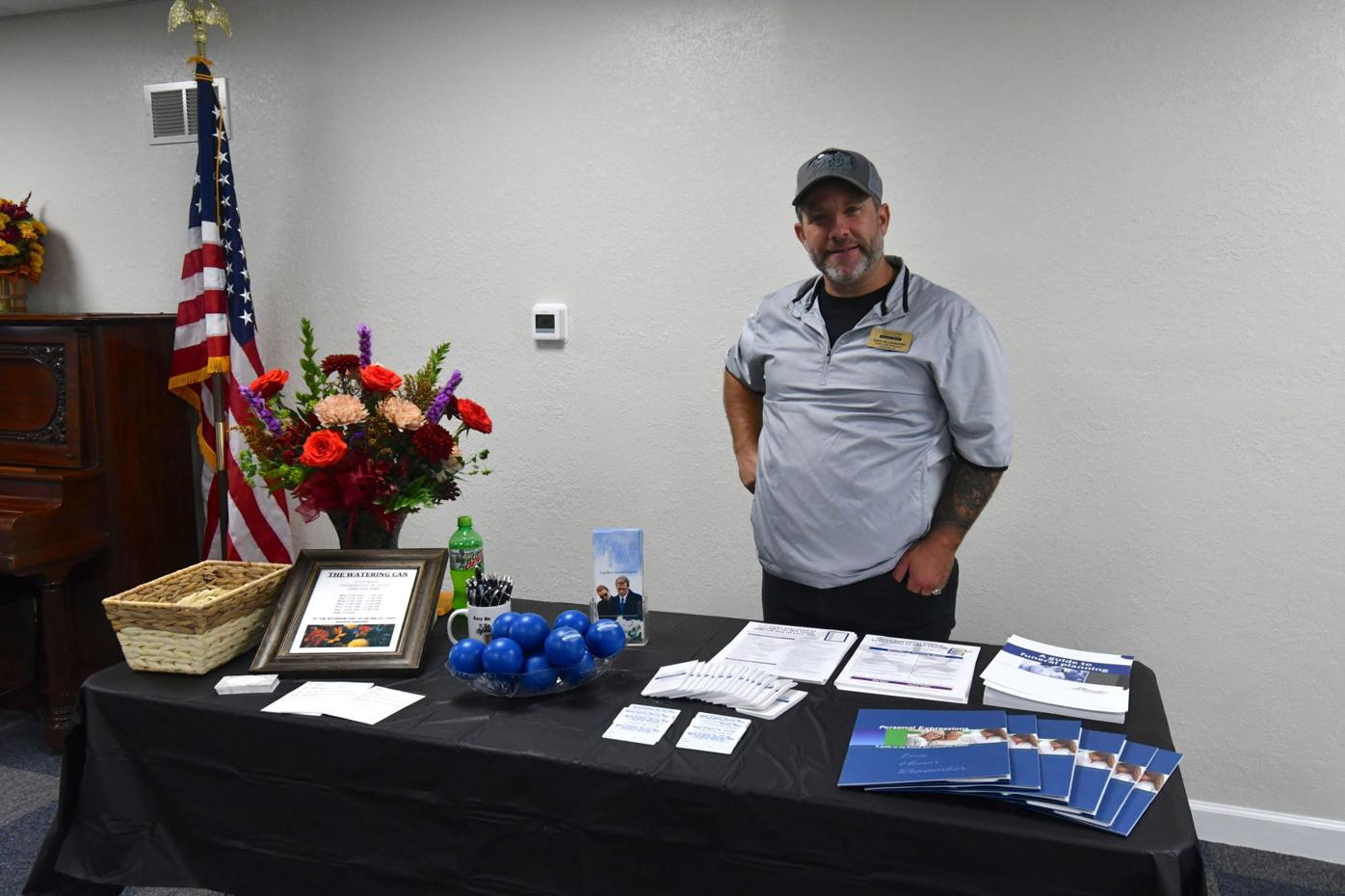 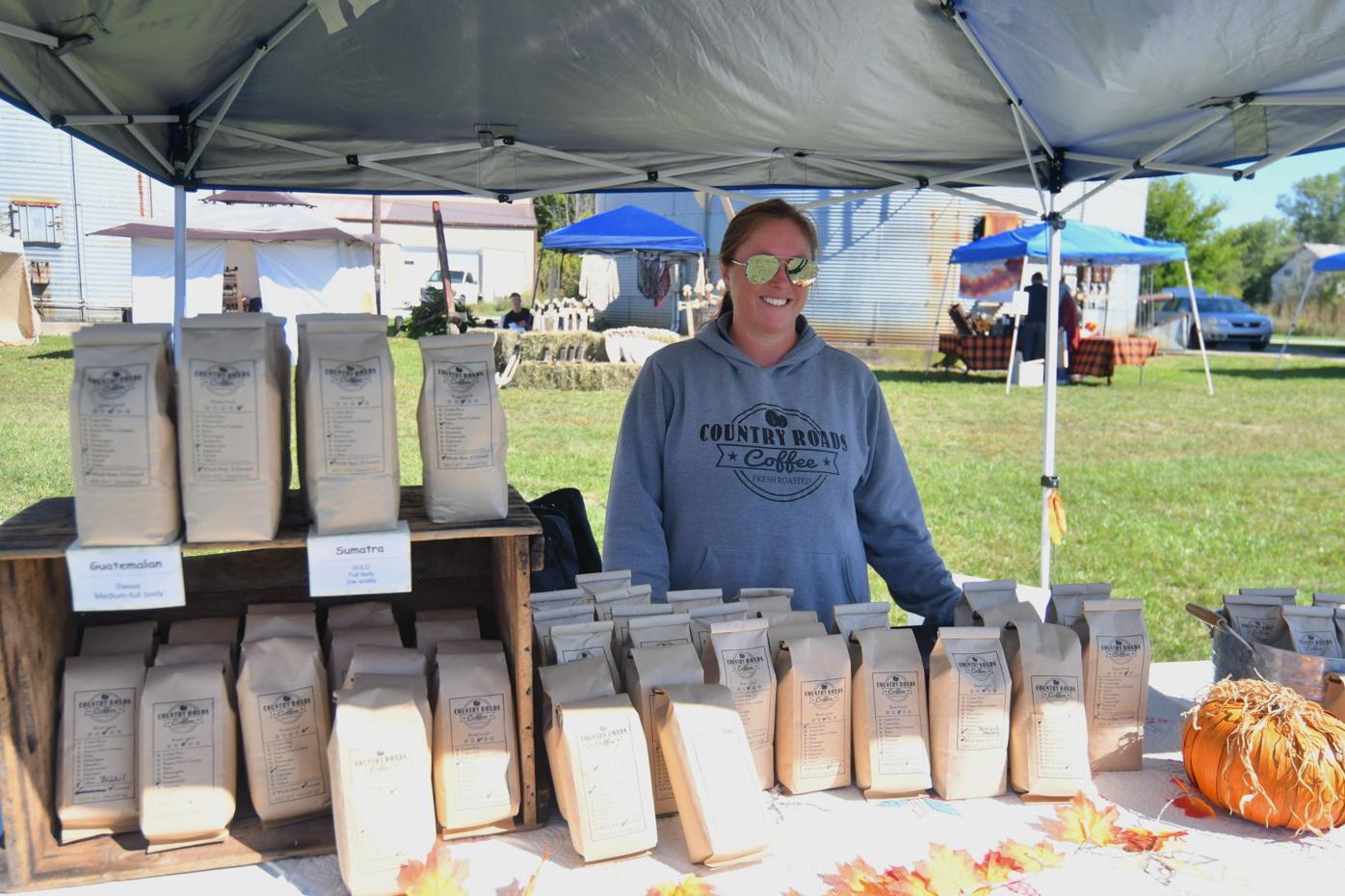 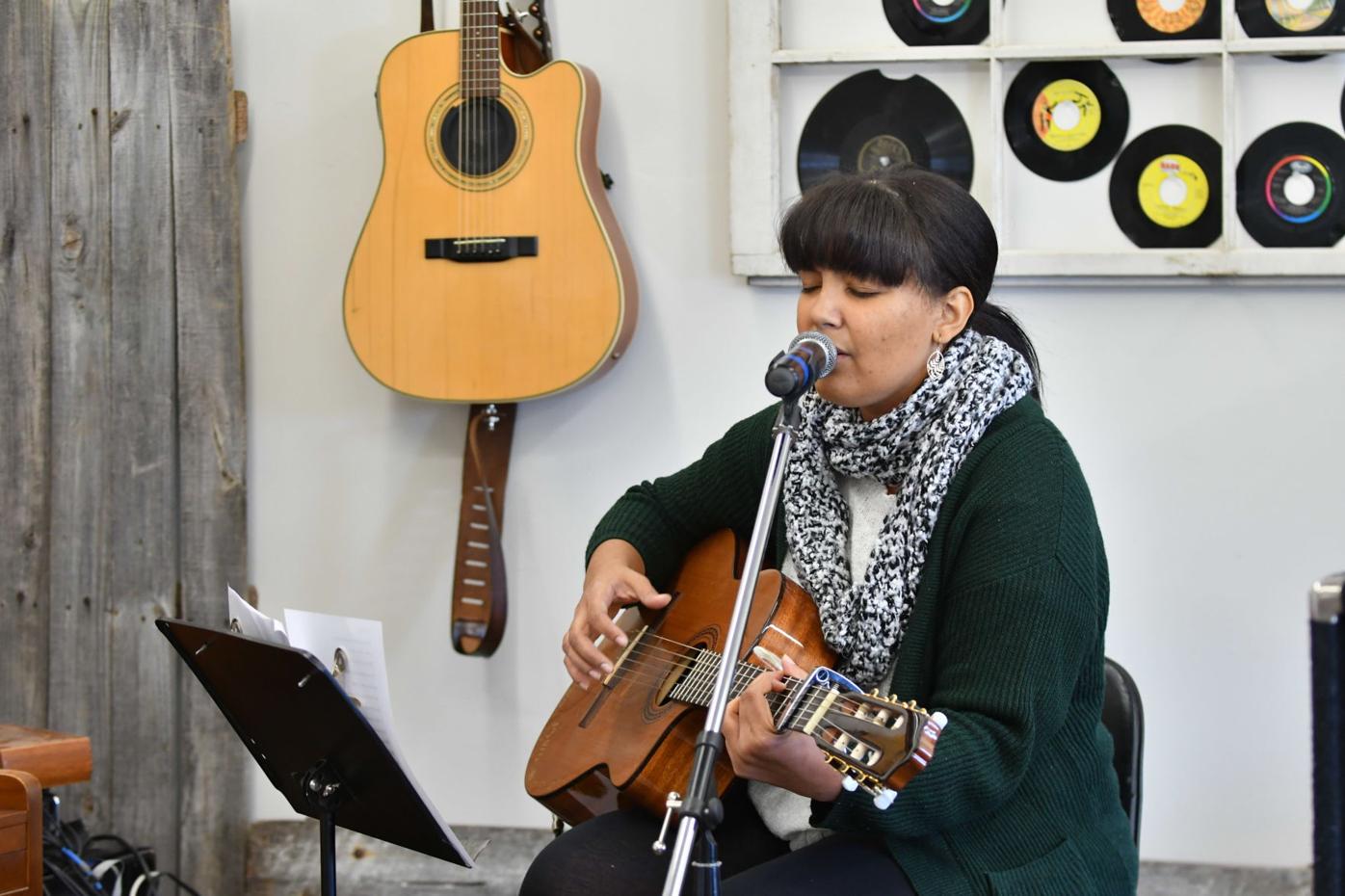 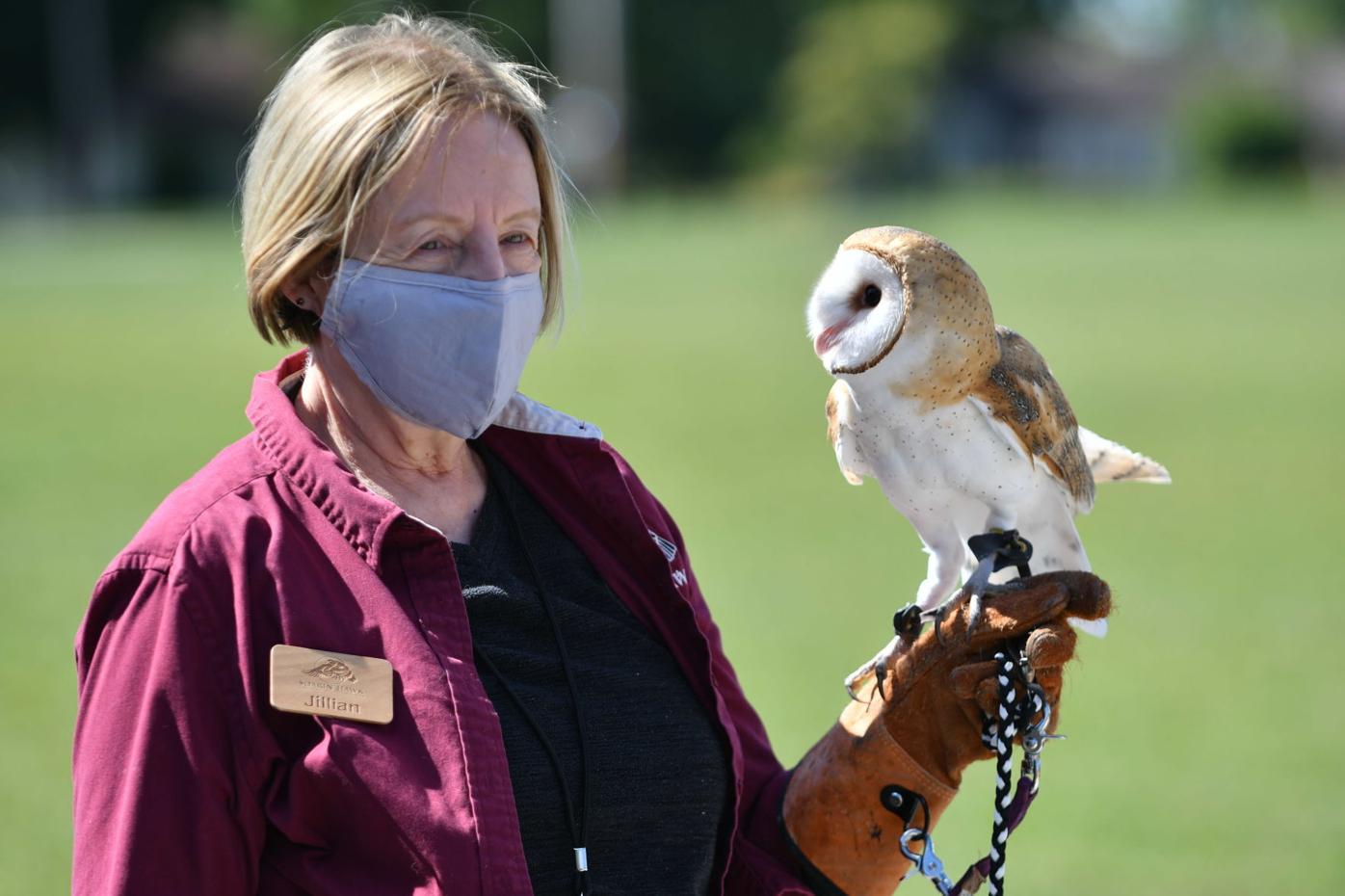 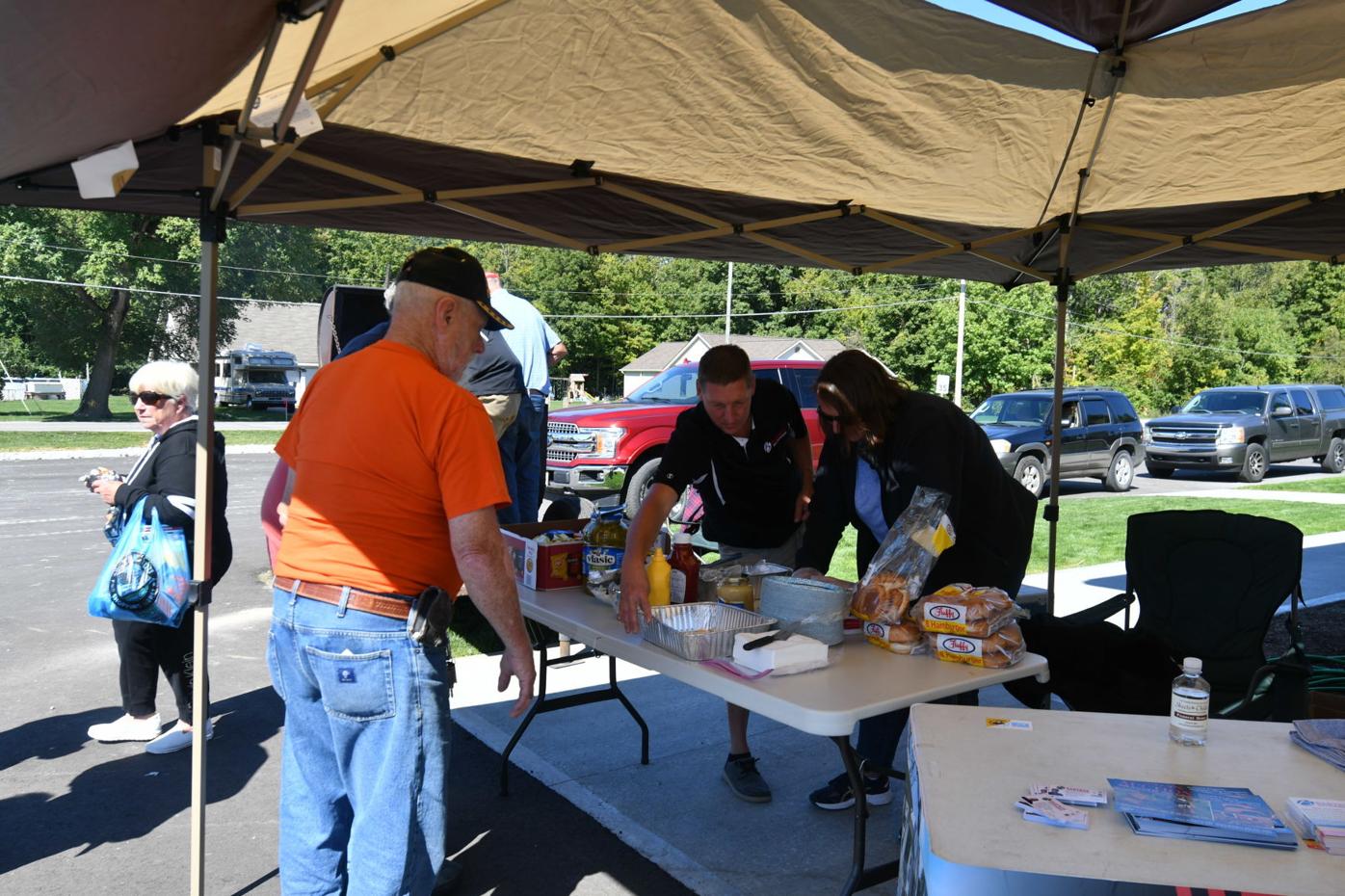 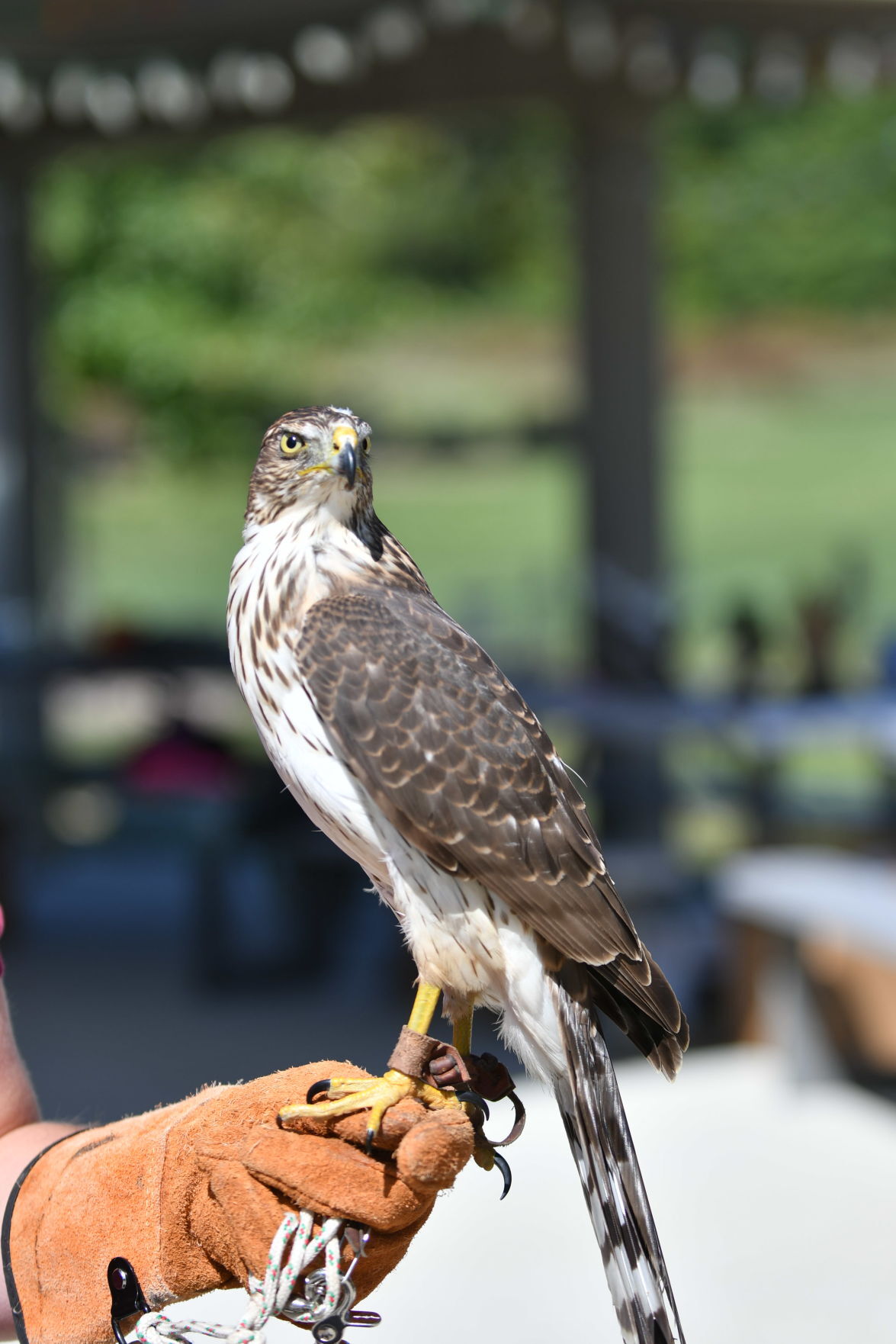 Visitors to the park during the Great Huntertown Scavenger Hunt were able to vote on a new name for a Cooper’s hawk that Soarin’ Hawk recently welcomed to its rehab center. 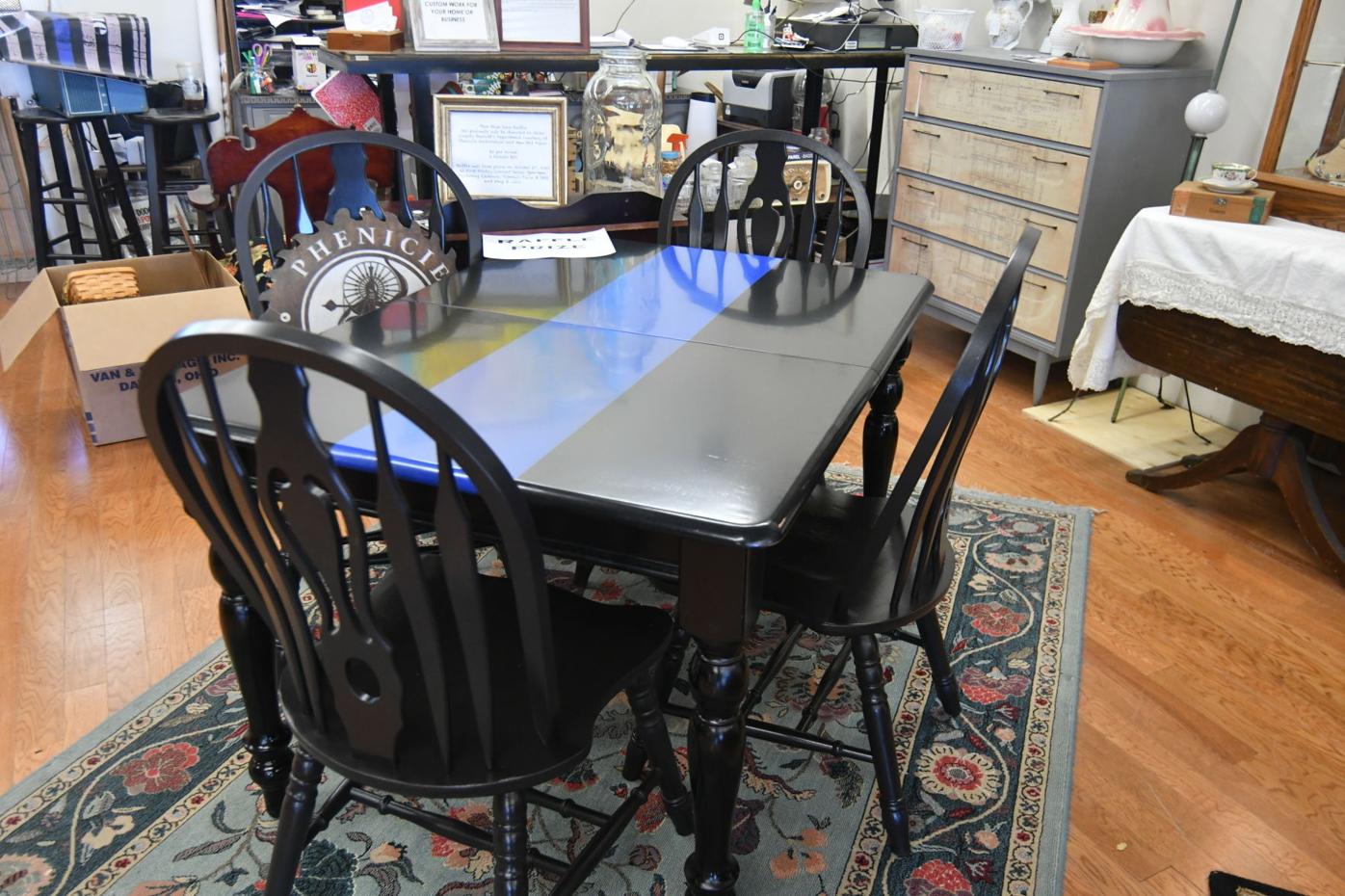 New Old Again raffled off this table, donating the proceeds to the Allen County Sheriff’s Department for new body armor for K9 officers. The project was a joint effort between New Old Again and Phenicie Restorations.

Visitors to the park during the Great Huntertown Scavenger Hunt were able to vote on a new name for a Cooper’s hawk that Soarin’ Hawk recently welcomed to its rehab center.

New Old Again raffled off this table, donating the proceeds to the Allen County Sheriff’s Department for new body armor for K9 officers. The project was a joint effort between New Old Again and Phenicie Restorations.

It’s taken almost three years — and plenty of work within that time — for the Wilson family to open their second funeral home. However, Sheets and Childs Funeral Home expects to finally begin offering services in Huntertown this month.

Owners Miles and Tarah Wilson, as well as their family and staff, welcomed members of the Huntertown community to an open house at the new funeral home, 16830 Lima Road, Huntertown, on Sept. 19. Wilson said the business was due for an inspection the following week and expected to be ready for a grand opening in October.

It hasn’t been an easy process, though.

“We have been racing to get everything together, in addition to still operating our funeral home in Churubusco, so it’s been a lot of late, late nights throwing things together,” Miles Wilson said.

Wilson said he had to jump through several hoops throughout the zoning and permitting process, which ultimately ended up putting the project about $600,000 over budget. The building that the business now occupies is a former Masonic Lodge, which the family has repainted and added windows to, as well as replacing the door and roof on the adjacent garage. That was after working with neighbors who initially petitioned against the project, and dealing with stormwater issues. The business had only gotten its occupancy permit less than two weeks ahead of the September open house.

Despite the setbacks, Wilson said the reception his family has received from the Huntertown community has made all the hard work worth the effort put into the property.

“We like the history of it,” he said. “The piano upstairs is actually from the Masonic Lodge, so we’re going to look to have that refinished, and then we’ll put up a plaque commemorating that. Our facilities have always been about celebrating our history. The Sheets and Childs brand can trace its roots back to 1872, so we’re quickly approaching 150 years.”

The Wilsons are the fourth family to own the business, and family is an important distinction when Miles describes the Sheets and Childs culture — which also includes the couple’s four children, Amira, Blane, Cambri and Dariah. He pointed out that many of northeast Indiana’s funeral homes have gone corporate over the years. Only three fully family-owned funeral homes remain in Fort Wayne.

“We are a full-service funeral home, so we’re here to serve you from the beginning to the end and then on to the next steps — what life is after a death,” Miles Wilson said.

Bodies will still be prepared at the Sheets and Childs Funeral Home in Churubusco. However, local beauticians will be able to offer their services in Huntertown, and caskets will be prepared for services there as well.

“That facility that we have over in ‘Busco is a state-of-the-art prep room. It’s rated for 450 bodies a year, and we only do about 100 calls a year. So, we’re well within the realm of being able to manage that there, and this truly just becomes the chapel at that point, which helps us with licensing and different things like that,” Wilson explained.

Wilson said although there are still many unknowns for the future, the business hopes to hire additional staff at the Huntertown funeral home, and a licensed director will be available at each of the Sheets and Childs locations.

The company employs several removal staff. However, if someone dies from COVID-19, only a director can respond to the hospital call due to additional procedures that require an extra level of expertise, Wilson said. He and Jeff Warner both serve as funeral directors.

Wilson said Sheets and Childs provided the funeral for the second person in Allen County to die of COVID-19, and it was the first funeral home in the area to embalm a deceased COVID-19 patient, while some funeral homes have said they will only offer cremation.

“We’re not afraid that we’re going to get it, because we have the plan in place to not get it, and we also know there is no documented evidence in the world of a person who’s gotten COVID from an embalmed body,” he said. “… If you look at the definition of embalming, it’s sanitation and preservation. The first thing is sanitizing, so we kill everything. The only thing that embalming won’t kill is Creutzfeldt-Jakob (disease), which is mad cow in humans. That’s it, otherwise we take care of it all.”

Miles and Tarah Wilson took ownership of Sheets and Childs in July 2016. In addition to serving as a funeral director, Miles is also a pre-need professional and aftercare specialist. He is a past president of the Churubusco Rotary Club, and he and his family are active members of Christ Community Church in Churubusco.

In 2015, Miles and Tarah founded the Churubusco Youth Foundation. They were named Churubusco Citizens of the Year in 2016.

“The community has been very welcoming, and we’re excited to be a part of it,” he said.

Huntertown residents greeted the business with a warm welcome Sept. 19, as other business owners and community members joined forces in hosting a communitywide scavenger hunt with other activities throughout the downtown area.

Families explored local shops during the Great Huntertown Family Scavenger Hunt, collecting stamps at various stops throughout town and participating in raffles and other activities.