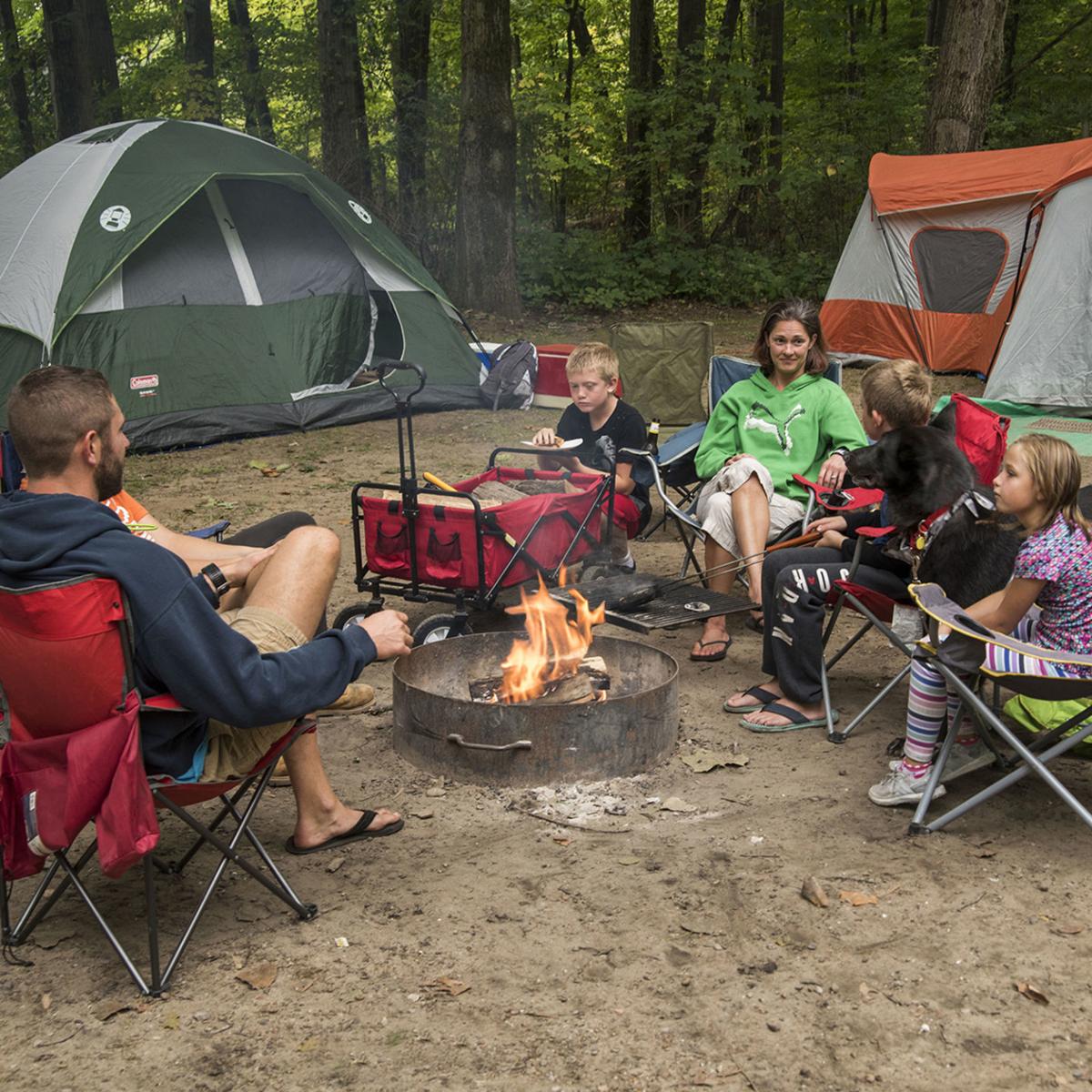 Campers enjoy Pokagon State Park in this file photo from the Steuben County Tourism Bureau. After a statewide shutdown, campers have flocked back, while other tourism sites around the state also get reopened. 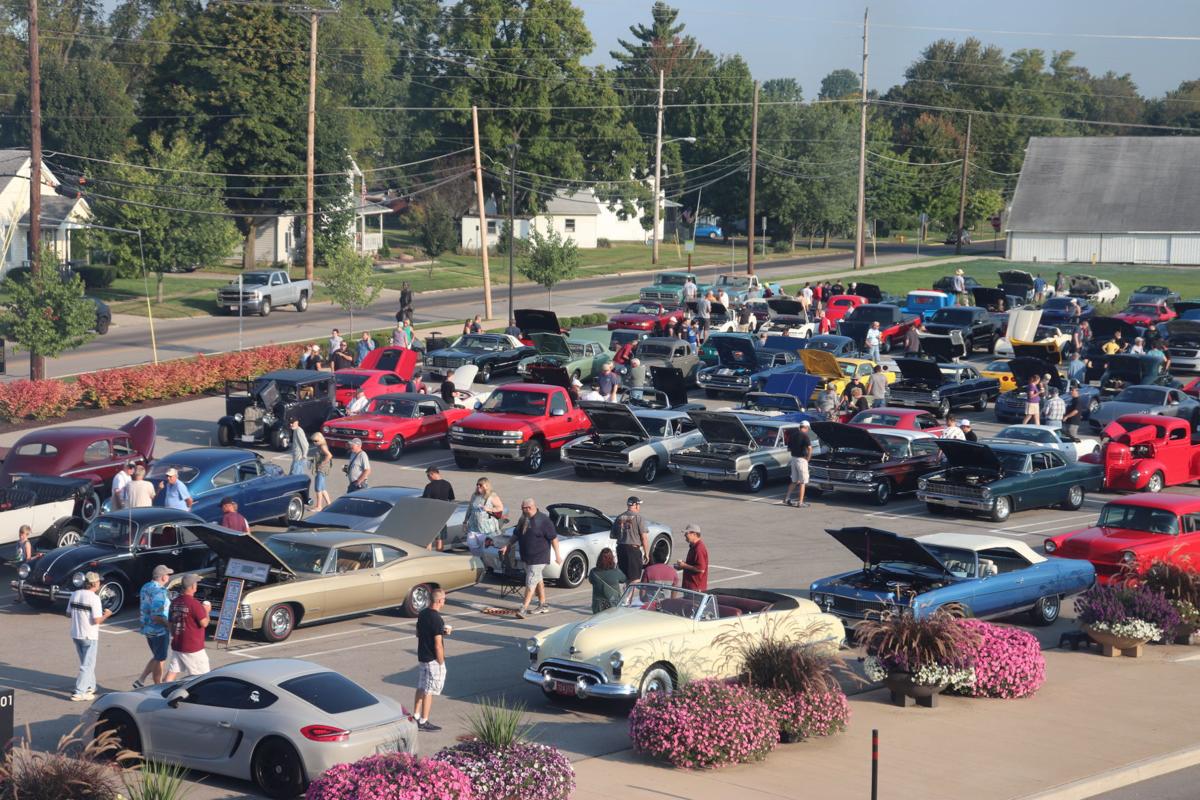 Cars fill the Education and Exhibit Plaza located across from the Auburn Cord Duesenberg Automobile Museum at a previous Cars & Coffee event. Cars & Coffee returned Saturday for the 2020 season. 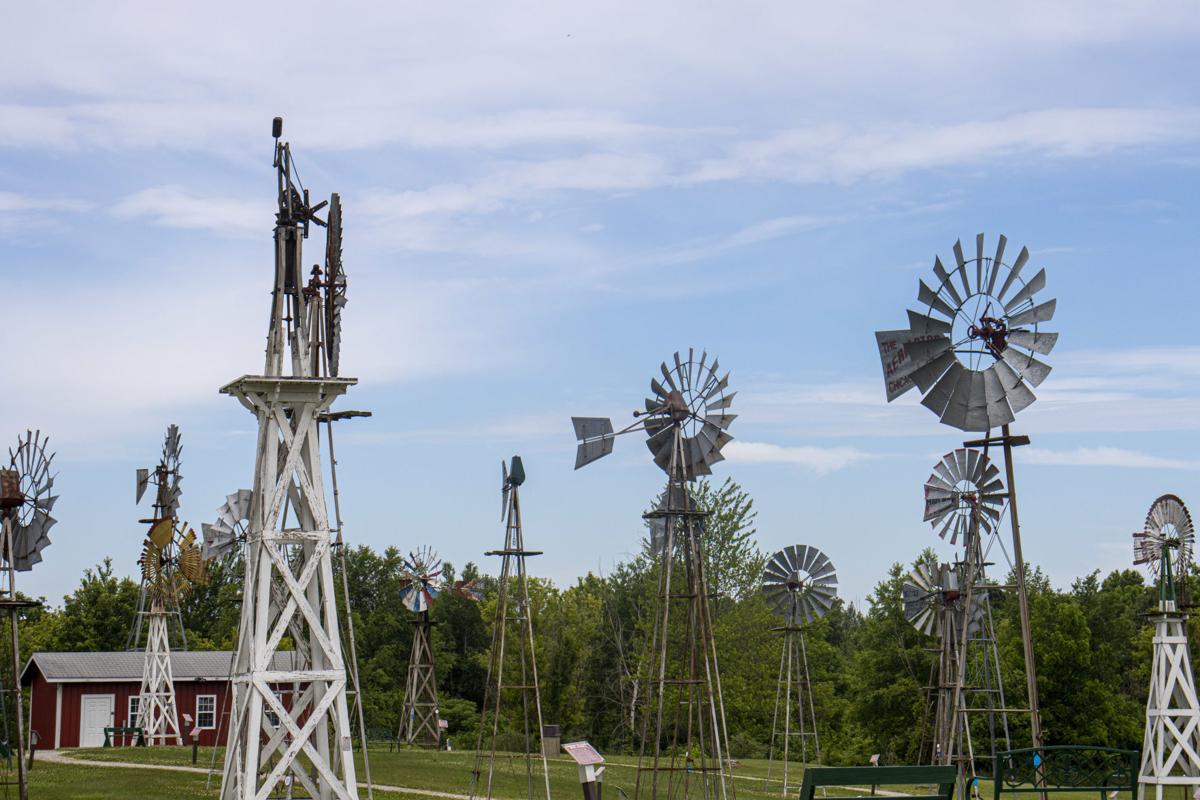 The Mid-American Windmill Museum has over 52 windmills on its grounds. The park is open to the public, but the museum area of the park is closed to visitors.

Campers enjoy Pokagon State Park in this file photo from the Steuben County Tourism Bureau. After a statewide shutdown, campers have flocked back, while other tourism sites around the state also get reopened.

Cars fill the Education and Exhibit Plaza located across from the Auburn Cord Duesenberg Automobile Museum at a previous Cars & Coffee event. Cars & Coffee returned Saturday for the 2020 season.

The Mid-American Windmill Museum has over 52 windmills on its grounds. The park is open to the public, but the museum area of the park is closed to visitors.

AUBURN— Executive Director and CEO of the Auburn Cord Duesenberg Museum Brad Anderson and his team knew they were going to be forced to close. In the few weeks before they shut down, they brainstormed ideas to help keep the museum relevant.

After three months shut down, attractions like the ACD Museum are now getting the chance to reopen their doors.

With different entertainment sites shutting down, people who previously had events scheduled in outdoor pavilions and halls had to either cancel or reschedule, which created some dicey scenarios for sites reliant on revenue from visitors.

But now, even though more places to bring your family will be open, they may look a little different. Some places will not be running at full capacity and not look like they did before the shutdown. Other places will now require people to wear masks, and some are taking more events outdoors.

With a large amount of businesses being shut down and events canceled, people have been stuck in their houses for three months. Now, even if it’s a little different, local venues are ready to introduce a little fun back into daily life.

Volunteer and Tour Coordinator Sara Hobson said the Mid-American Windmill museum has not been affected as much by the pandemic but their event space, Baker Hall, has had to cancel or reschedule several weddings.

“The damage done by rescheduling has been minimal,” Hobson said, “fortunately, the people who rescheduled have been receptive because of the situation.”

Although the museum part of the park is closed, visitors can still visit the park. Most of the windmills are outside, and Hobson said people have been coming and driving or walking through the park.

Executive Director of the Noble County Tourism Bureau Emily Schneider said the majority of its tourism dollars comes from restaurants, and when the pandemic hit, those receipts stopped altogether.

With many attractions starting to open up after people being stuck inside their houses for weeks, more people are going outside.

Schneider said Chain O’ Lakes State Park has been at full capacity for the past few weeks.

As the state began to open up, she said the community came together to help those businesses that were affected.

“It was encouraging to see a lot of the restaurants have some of their best business since they first opened,” Schneider said.

The Shipshewana Flea Market is one of the largest attractions in LaGrange County, and flea market director Michael Christner said the market has not been badly affected by the pandemic.

The market started two weeks late but Christner said they have seen the same amount of foot traffic as they would during a normal year. Although the guest numbers are the same, Chrisnter said there are only 65-70% of the vendors.

Being outside and not as full, Christner said this has given them the chance to socially distance better.

Christner said, from talking to his vendors that they have been selling what they normally would too.

“People are excited to be out because they haven’t been able to,” Christner said.

Shipshewana isn’t the only place moving more outside to work around COVID-19.

The Dekalb County Tourism Bureau said they have been focusing on promoting more open air activities to their visitors.

Executive Director Amber Jackson said that events like Cars & Coffee at the ACD Museum are better than indoor because they’re easier to maintain social distancing.

At Cars & Coffee, anyone can bring their car to the museum parking lot and display it, with social distancing in mind. The first Cars & Coffee of the year on May 30 brought over 200 vehicles and over 400 attendees.

Anderson said there is a parking space between each car to give people more room to socially distance.

Jackson said the county has to be quick on its feet when it comes to the information they receive.

While Indiana is opening up faster than Michigan and Ohio, Steuben and LaGrange counties have been seeing more visitors from those states come while their parks and attractions remain closed.

Steuben County Tourism Bureau Director June Julien said Steuben County’s biggest draw, Pokagon State Park, and other campgrounds have been at maximum capacity since they have been allowed to open to the public.

“I’m confident that Steuben County is going to bounce back and that we’re going to have a really good summer,” Julien said.

As more attractions open up, many are asking visitors to do a little extra to stay safe during their visit.

Black Pine Animal Sanctuary Executive Director Letricia Brown recently announced that the Albion-based sanctuary is ready to reopen as long as guests follow their guidelines, which includes setting up visits ahead of time and wearing masks while touring.

June 15, LaGrange County Health Department issued a mandate on the wearing of face masks in all indoor and outdoor public spaces and anywhere social distancing cannot be maintained with people outside of one’s household.

Even before that, the LaGrange County Visitors center in Shipshewana has been offering free face masks to visitors. Executive Director of the LaGrange County Convention and Visitors Bureau Phyllis Youga said they wanted to make masks available so people did not have to miss out on attending any event.

The ACD museum recently opened up after being closed for three months, and Anderson said the museum has had a positive reopening.

While it was closed, the staff had the time to create new exhibits to encourage repeat visitors. To help draw crowds back to the museum, they created an “out of quarantine” exhibit, which consists of 17 cars that have never been displayed together.

Anderson said the silver lining of being closed due to the pandemic was they got to deep clean the museum and do things which normally wouldn’t happen in a normal year, like waxing the floors.

“We really wanted our visitors to come to a refreshed and renewed museum,” Anderson said.

Youga said the tourism industry has recovered well from being closed.

The tourism bureau is looking forward to the fall season when it hopes people will feel safer to travel.