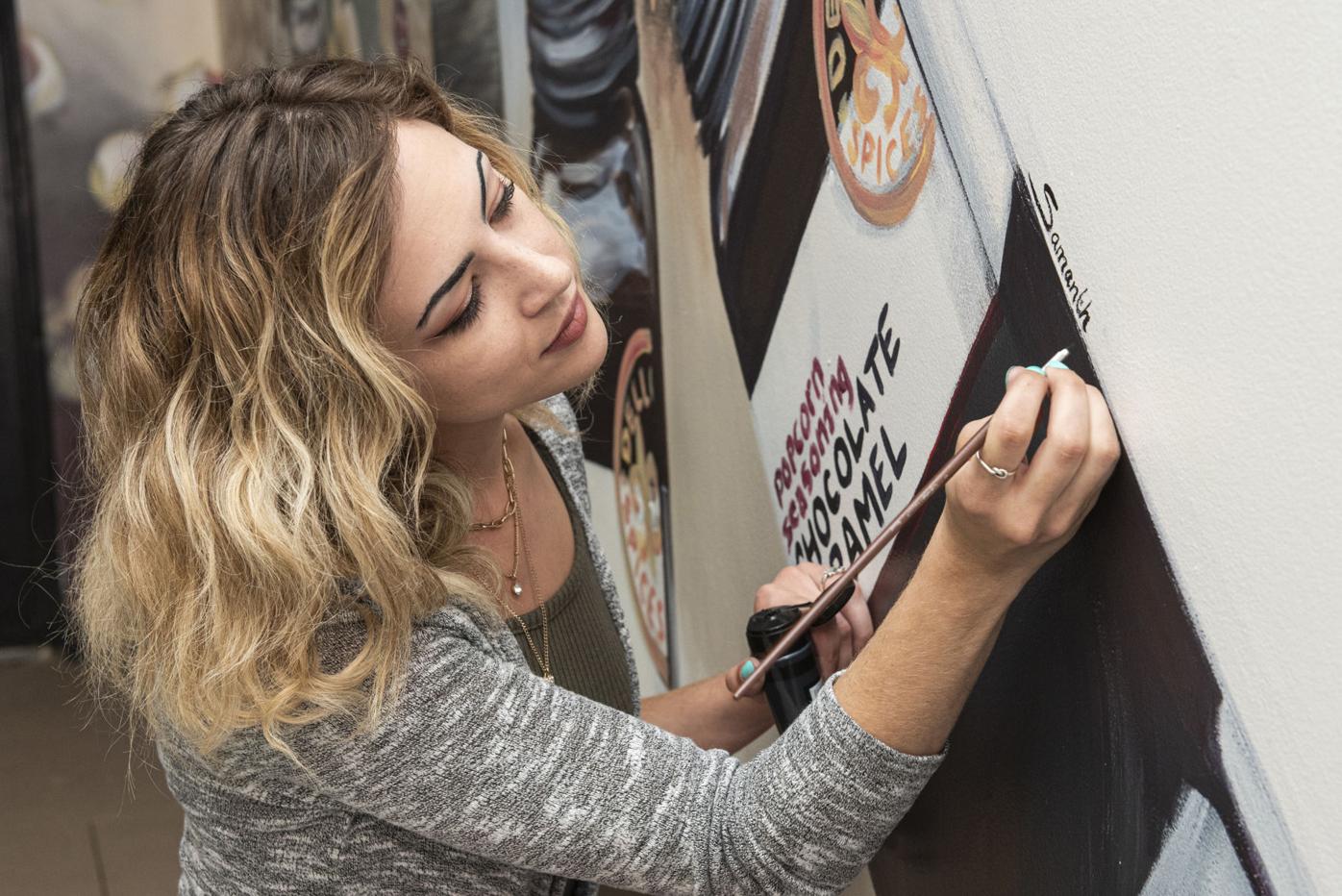 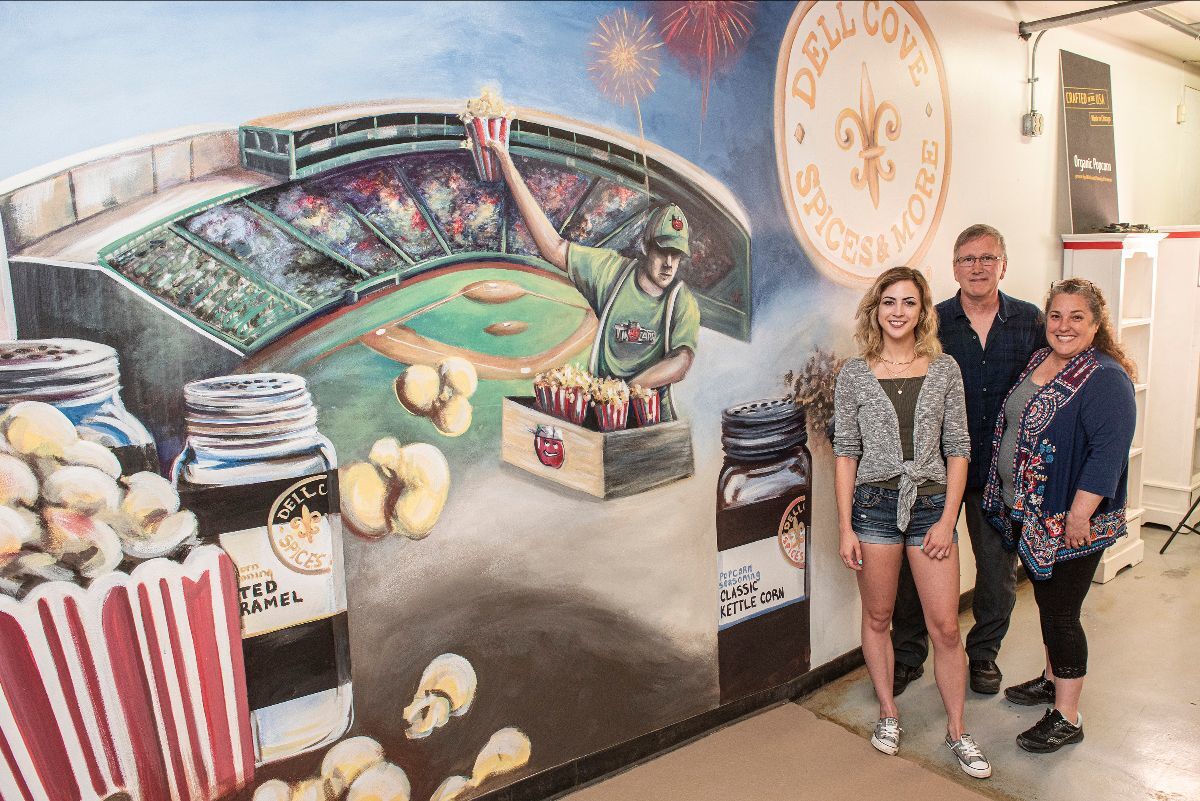 Muralist Sam Fulk stands by her finished work for David and Patricia Beets of Dell Cove Spices and More Co.

Muralist Sam Fulk stands by her finished work for David and Patricia Beets of Dell Cove Spices and More Co.

A new gourmet popcorn and popcorn seasoning enterprise has added a bit of Fort Wayne to its walls, thanks to a Purdue Fort Wayne student.

Dell Cove Spices and More Co. in Allen County is a homegrown business by husband-and-wife team Patricia and David Beets.

The couple moved the company’s warehouse, retail, and distribution operations from Chicago to a New Haven warehousing center earlier this year.

The warehouse’s plain walls didn’t sit well with the Beets. They love all the artwork popping up as murals in and around Fort Wayne, and decided that’s what their warehouse/retail store needed: murals.

“When we saw the big white walls, we thought, let’s find a young artist in the area and have them create something interesting,” David Beets said in a news release. “Our landlord gave us the thumbs-up for the project, and on the advice of a friend, we called the dean’s office in the College of Visual and Performing Arts at Purdue University Fort Wayne to see if there was an artist interested in the project.”

The dean, John O’Connell, recommended that the Beets get in touch with Samantha Fulk, a senior studying art education. The trio discussed the work, talked over themes, and the project got underway.

“I worked with Patricia and David on creating a composition that worked for them, and they ultimately gave me a lot of creative freedom,” said Fulk, who goes by Sam.

The mural incorporates a view of a popcorn vendor at Parkview Field, home of the TinCaps team, along with large images of popcorn and jars of Dell Cove Spices and More Co. spices.

The Beets enjoyed adding their own homemade spice mixes as a topping to popcorn. They included them in gift baskets that were sent to friends and family over the holidays. According to Patricia, one friend suggested they sell their spice mixes.

“We started the company in California, and over time, as our sales grew, we moved to the Chicago area. In 2012, I quit my day job at an engineering firm and began running the business full time. We now have our merchandise in more than 50 stores in 39 states,” Patricia Beets said.

Hoping to expand their business, they began looking at different states in which to relocate and were drawn to northeast Indiana, in some part, because David grew up in Fort Wayne and still has family and friends here.