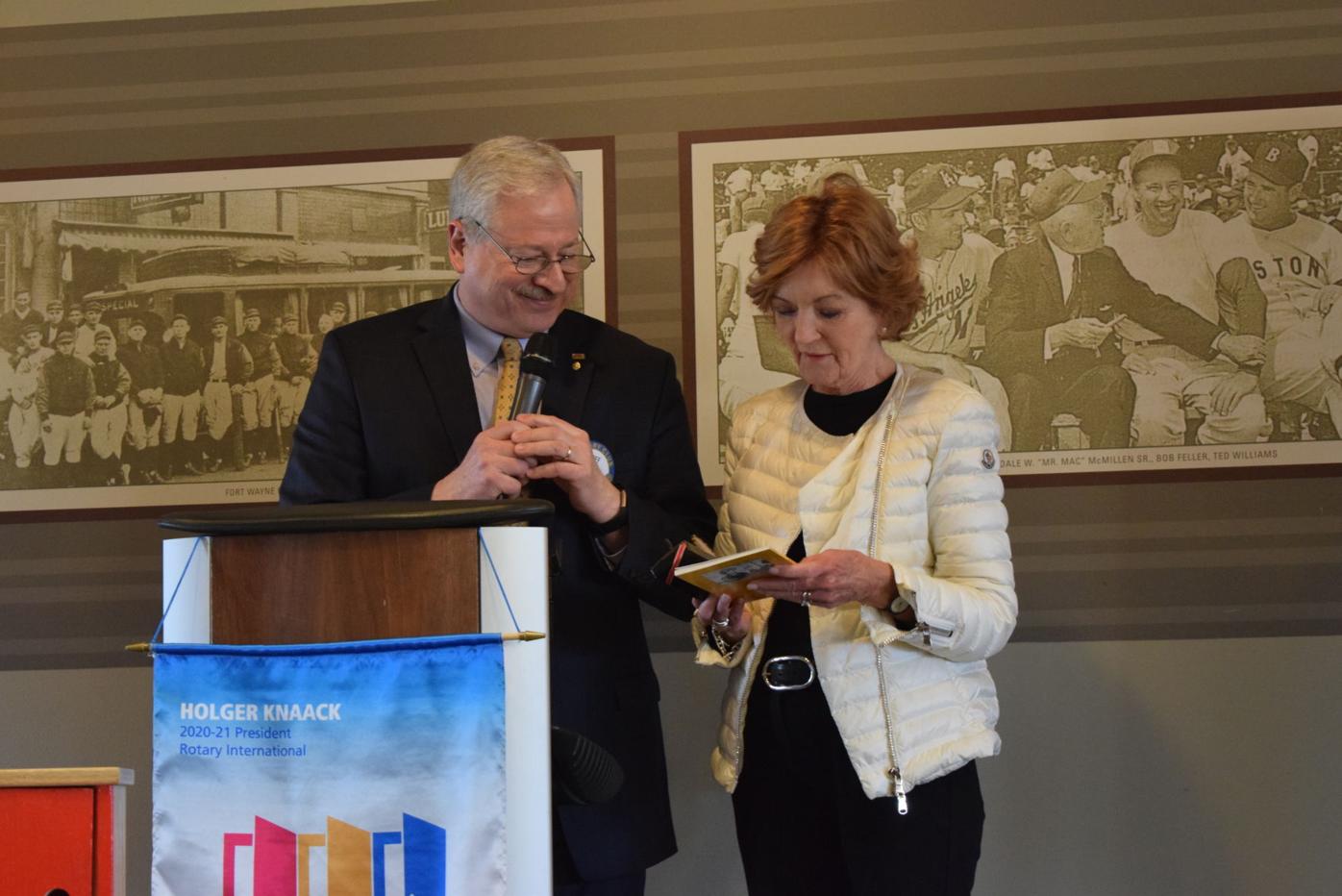 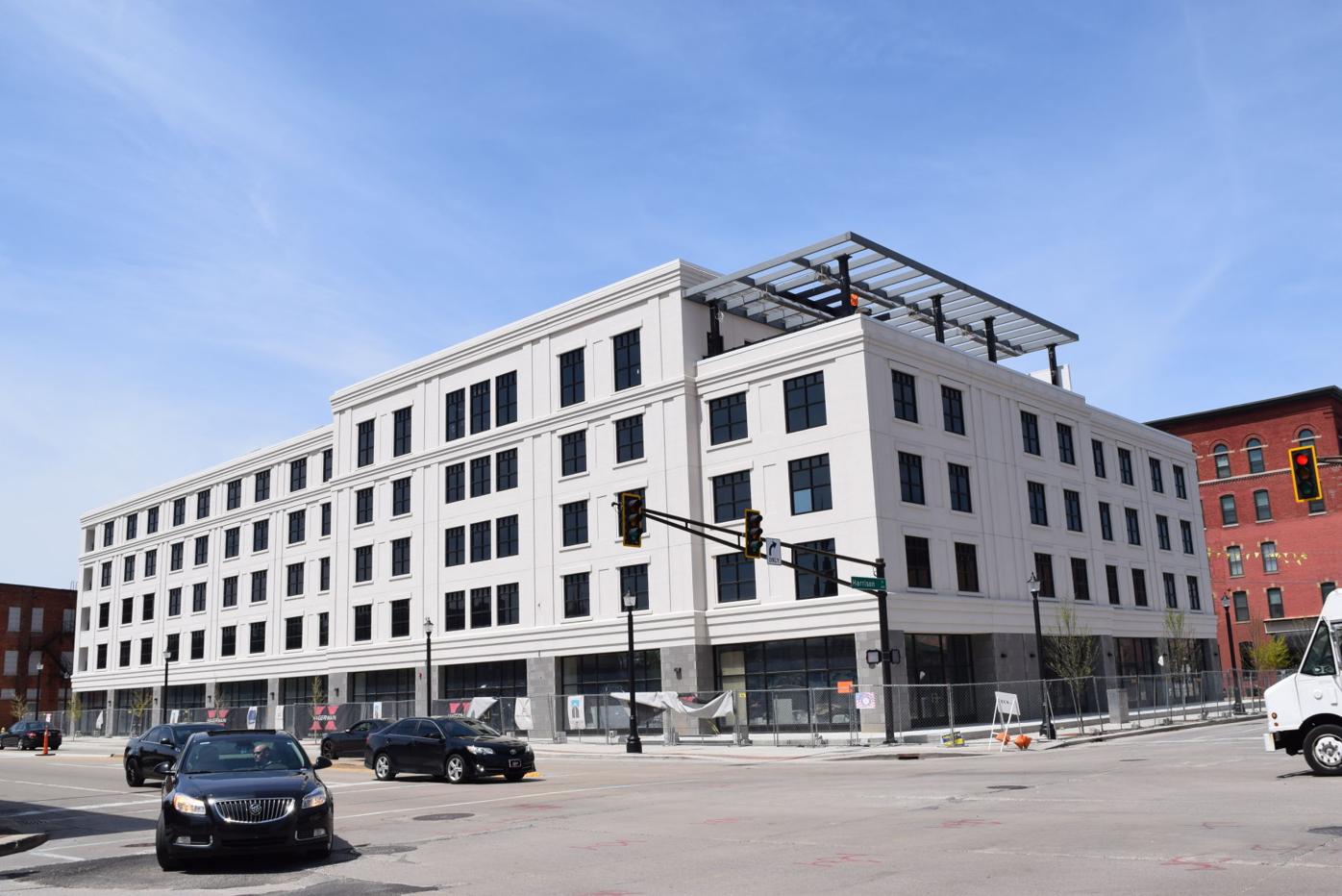 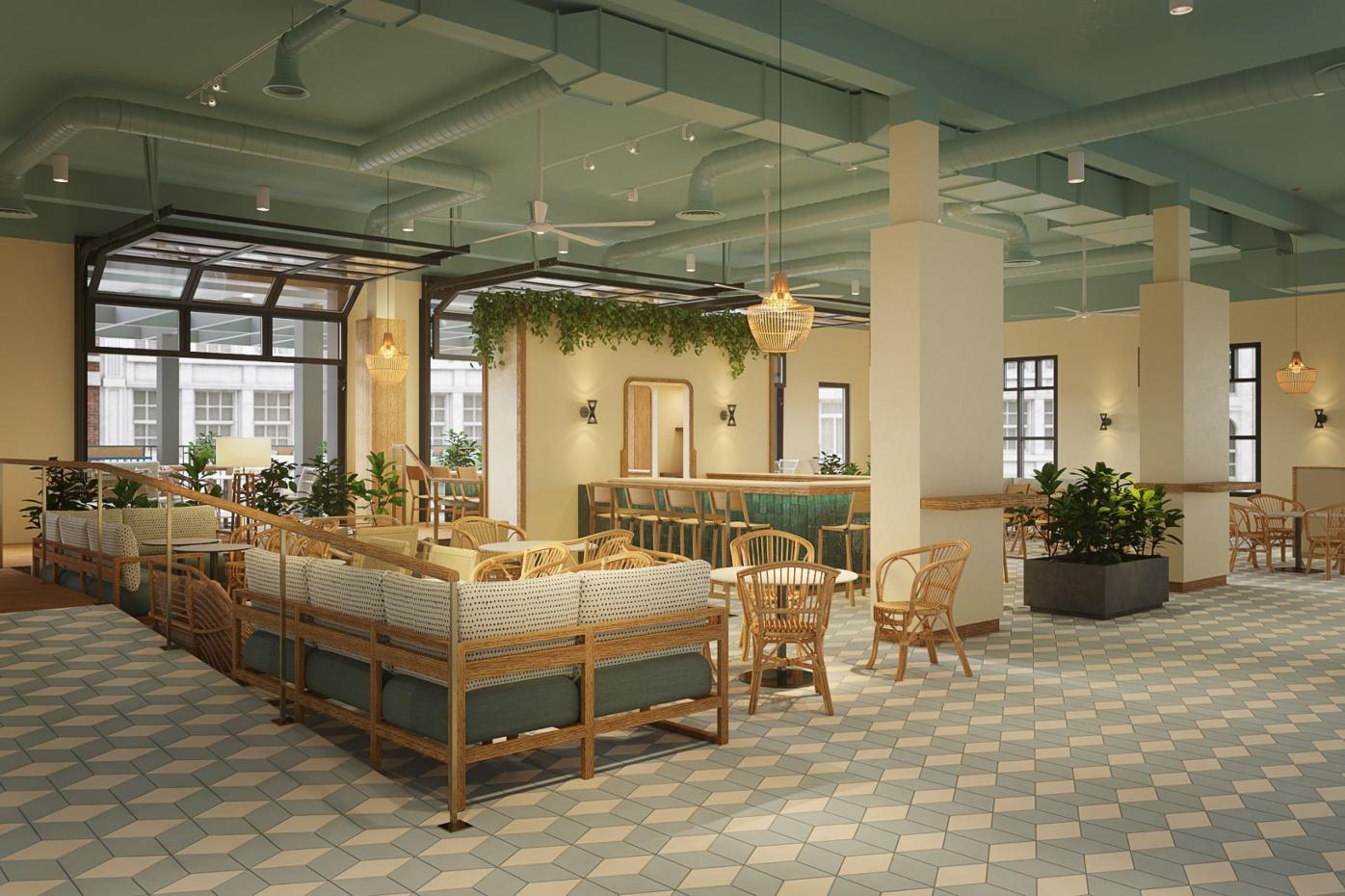 This rendering shows what the rooftop dining area might look like at Birdie's atop the Bradley hotel in Fort Wayne. 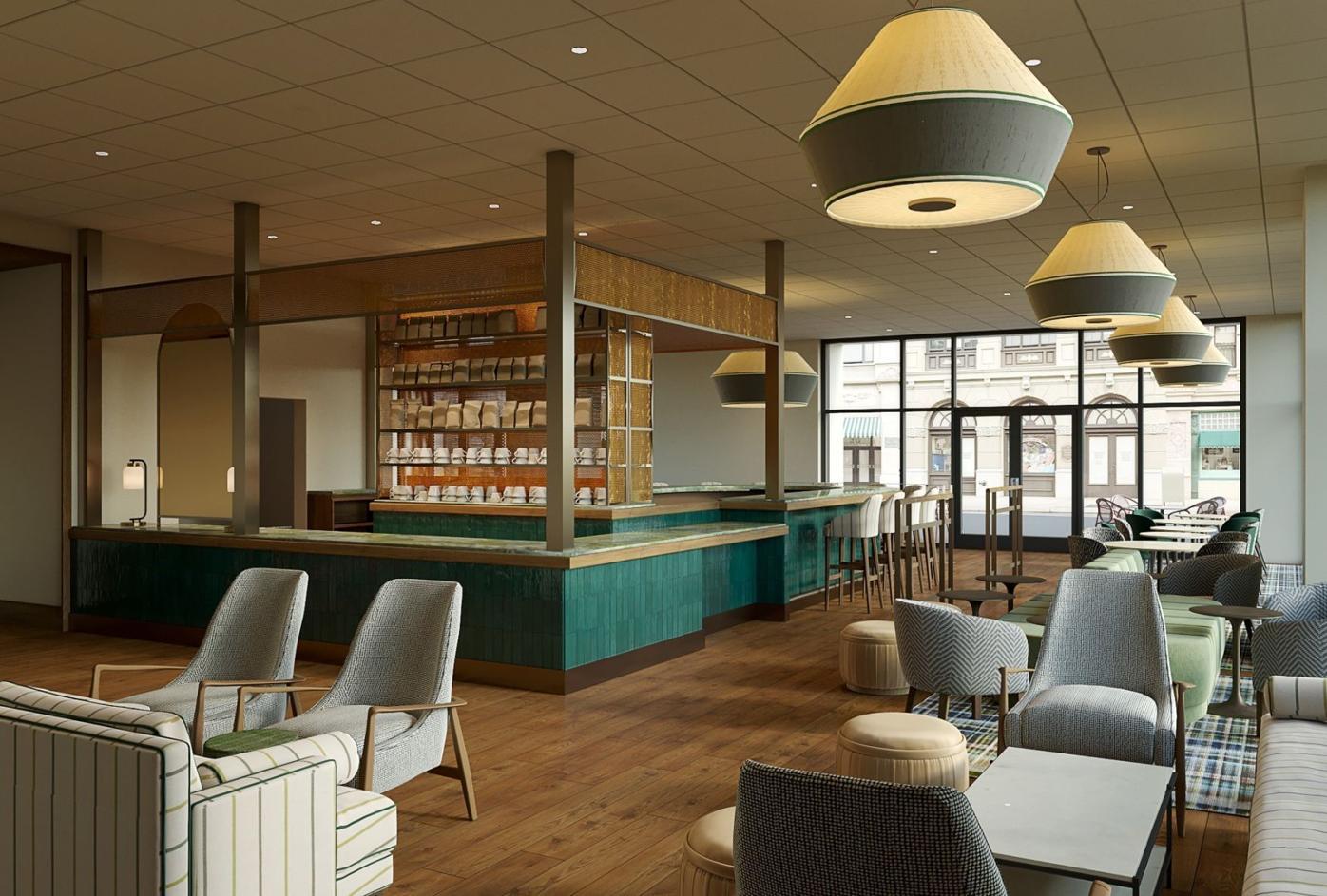 This image shows what the Arbor’s lobby might look like in the Bradley hotel in Fort Wayne.

This rendering shows what the rooftop dining area might look like at Birdie's atop the Bradley hotel in Fort Wayne.

This image shows what the Arbor’s lobby might look like in the Bradley hotel in Fort Wayne.

Barbara Baekgaard thinks of herself not as a numbers person but a creative one. Baekgaard, who co-founded Vera Bradley with friend Pat Miller in 1982, is a 50% investor in the Bradley, downtown Fort Wayne’s first boutique hotel that’s set to open in mid-July.

“She’s not just an influencer,” Irene Walters said in her introduction before Baekgaard spoke to the Rotary Club of Fort Wayne on April 26, “she’s a game changer.”

Baekgaard has been on the board since the beginning of Vera Bradley, the company named for her late mother. The brand, headquartered in Fort Wayne, makes women’s handbags, luggage and travel items, fashion and home accessories, and gifts. It also has a role in the newly opened goodMRKT in Jefferson Pointe, with the store’s vendors are dedicated to causes, including the environment or saving girls from sex trafficking.

The duo served as co-presidents until 2010, when Miller was named national spokesperson for the company and Baekgaard took on the role of chief creative officer. In 2017, the company named Baekgaard chief optimist. Miller took a leave of absence from the company in 2005 and 2006 while she served as the first Secretary of Commerce for the State of Indiana retired from the company’s board of directors on Aug. 30, 2019.

“I’ve wanted a really nice boutique hotel in Fort Wayne for at least the last 30 years,” Baekgaard said. “Two of my daughters got married, and I thought, where am I going to put the guests.”

True, Fort Wayne has a number of hotels, but Baekgaard wanted to go beyond the starkness of the usual hotel rooms.

Having grown up in Miami Beach, Florida, “surrounded by hotels,” she was friends with the daughters of managers of the luxurious Fontainebleau Miami Beach, Eden Roc and Kenilworth hotels. “I was in and out of very, very nice hotels before the word ‘boutique hotel’ ever came into being.”

Her late second husband, Peer, was from Denmark, and the couple traveled throughout Europe, with Baekgaard falling in love with the boutique hotels there, especially Kit Kemp’s Firmdale hotels. “All her hotels ... they all (have a) homey, warm, wonderful presence, wonderful atmosphere, like having someone in your home.”

It’s what she wants people the company recruits to feel.

“We would recruit someone, and we would have the best of everything; we would have the best people, our Vera Bradley offices are beautiful. Our clubs are beautiful. Our restaurants are wonderful. Everything was great. And then we left them at a basic hotel. And I kept thinking the last thing in their minds should be, ‘And wow. You’ve got to come join me and stay in the hotel.’”

Baekgaard knows her limitations. She said she proved she can’t manage a hotel when Vera Bradley created an inn in Seaside, Florida, and while she loved building and decorating, she lost her foothold once it opened. The company sold it.

She ended up finding a partner on Bradley in Provenance Hotels of Portland, Oregon. It understood “our culture here. ... We didn’t want to be a New York hotel. We wanted to be a warm, friendly Midwest hotel where when people left Fort Wayne they would feel like this was the final bow on the package.”

The 124-room, 9-suite Bradley — again named for her mother, though she originally dreamed of Fox on Main, her mother’s maiden name combined with the location, but she couldn’t secure the name — won’t scream Vera Bradley’s iconic patterns but will be filled with color and patterns. The company and others in the community are also investors.

But Bradley suits her with the B, because she’s been Barbara Bradley Byrne Baekgaard. “I’ll never remarry because there just aren’t any men my age with the last name of B on the end,” she said to laughter.

One of the restaurants begins with a B. Birdie’s, the rooftop restaurant atop the Bradley hotel at Harrison and Main streets, is based on Baekgaard’s nickname. Her oldest grandson, then 2, had three grandmothers, and when he spotted all the birds in Baekgaard’s home decor, he began calling her Grandma Birdie.

The main-floor restaurant, Arbor, comes from Fort Wayne being a city of trees. Rivers had been used enough.

The kitchens will be managed by Ring on Hook, the team behind the RH restaurant in New York’s Meatpacking District that Baekgaard would always want to go during a visit. It’s also handling the coffee bar at goodMRKT.

Baekgaard had a role in the design of the uniforms for Birdie’s and the Arbor.