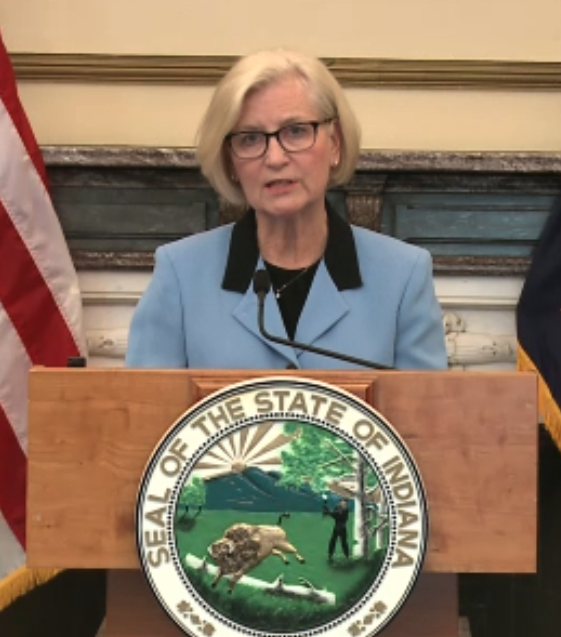 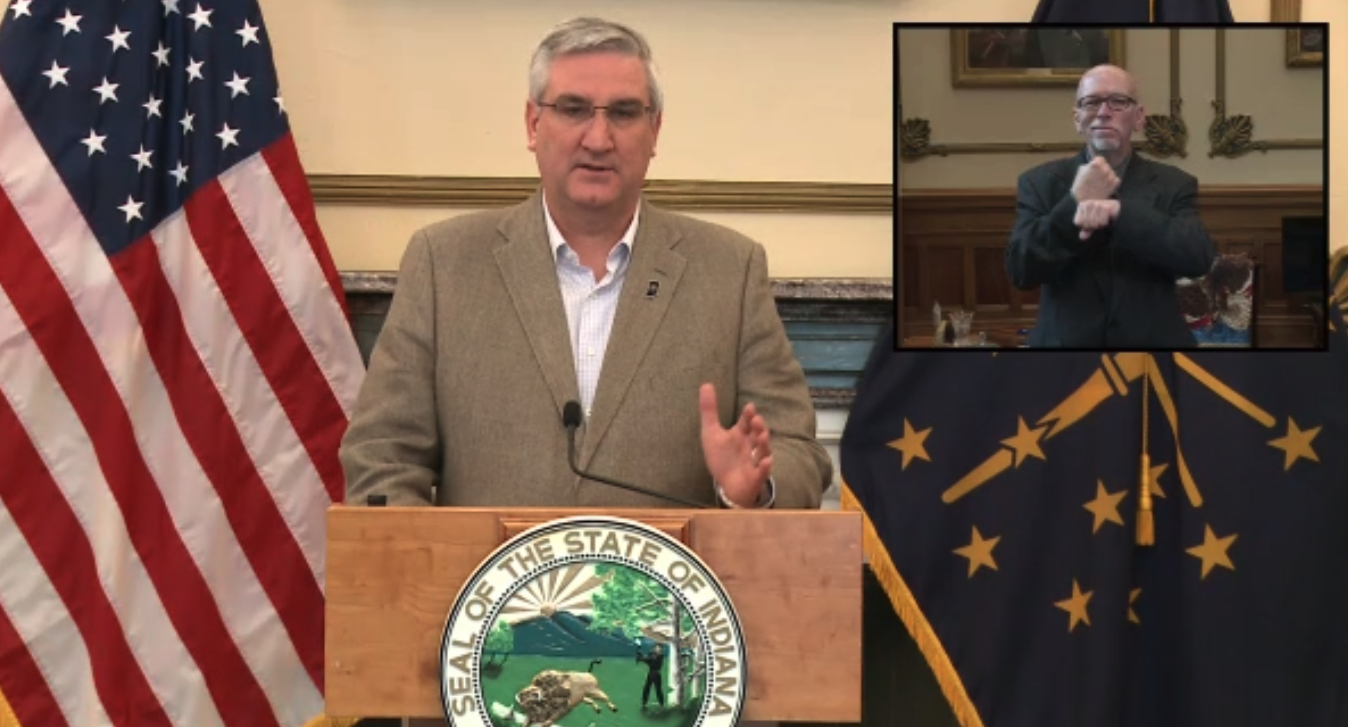 INDIANAPOLIS — Gov. Eric Holcomb spoke March 31, saying that he would be updating his executive order on restaurants and bars to match the timing of Indiana’s stay-at-home order, which lasts until April 7.

Indiana State Health Commissioner Dr. Kris Box warned that while current large daily increases in confirmed COVID-19 cases are troubling as the state moves toward an expected peak sometime between mid-April and mid-May, daily counts may also be reporting cases or deaths that have occurred as long as two weeks ago.

Testing from private labs may take as long as 14 days to be reported to the state. Some private lab providers have become inundated with tests and have a backlog on reporting, Box said.

State officials took questions from state media including some of the following topics:

Holcomb said the intent of his order was for all medical providers giving non-essential procedures to halt temporarily.

“Unless of course by doing so would cause harm to the patient, in which case, in every case I would leave up to the doctor to determine and decide, any and all medical expertise and PPE first needs to go toward, during this window, toward defeating COVID-19,” Holcomb said.

• If a worker gets sick, does he or she need to tell an employer and does the employer need to inform other workers? — Employees should notify their employer if they are sick or sick with COVID-19, but then employers should make the determination on who may need to be notified about potential exposure, Box said.

• Does Indiana need stricter travel restrictions as other states have done? — Not at this time, Holcomb said, but especially people in hotspots like Indianapolis should limit travel and self-isolate as much as possible to reduce spread.

Box said she believes the surge is starting, but that it is not hit a peak yet. Determining the peak will likely occur after it has happened, as state officials are able to watch the figures come down consistently, she said.

• Is Holcomb considering a moratorium on rent or mortgage payments? — Not at this time, Holcomb said.

“You still need to pay your rent our mortgages,” Holcomb said. A previous executive order halted evictions, but there is no plan to hold up payments.

• How are gig workers being treated as far as unemployment in Indiana? — Payne said the state is developing methodology to determine wages for gig workers in order to figure unemployment payments.

That process may take a couple of weeks to finalize, however.

• What does the late-April surge timeframe mean for schools? — “We’ll have some updates in a matter of 48 hours on just this topic,” Holcomb said, announcing he would speak with Superintendent of Public Instruction Jennifer McCormick on the topic.

• How will rollback of statewide restrictions be determined? — The state will aim to not relax measures too quickly, Holcomb said. Box added that an additional consideration will be the state of health care providers and whether they have adequately freed up resources following a surge in cases.