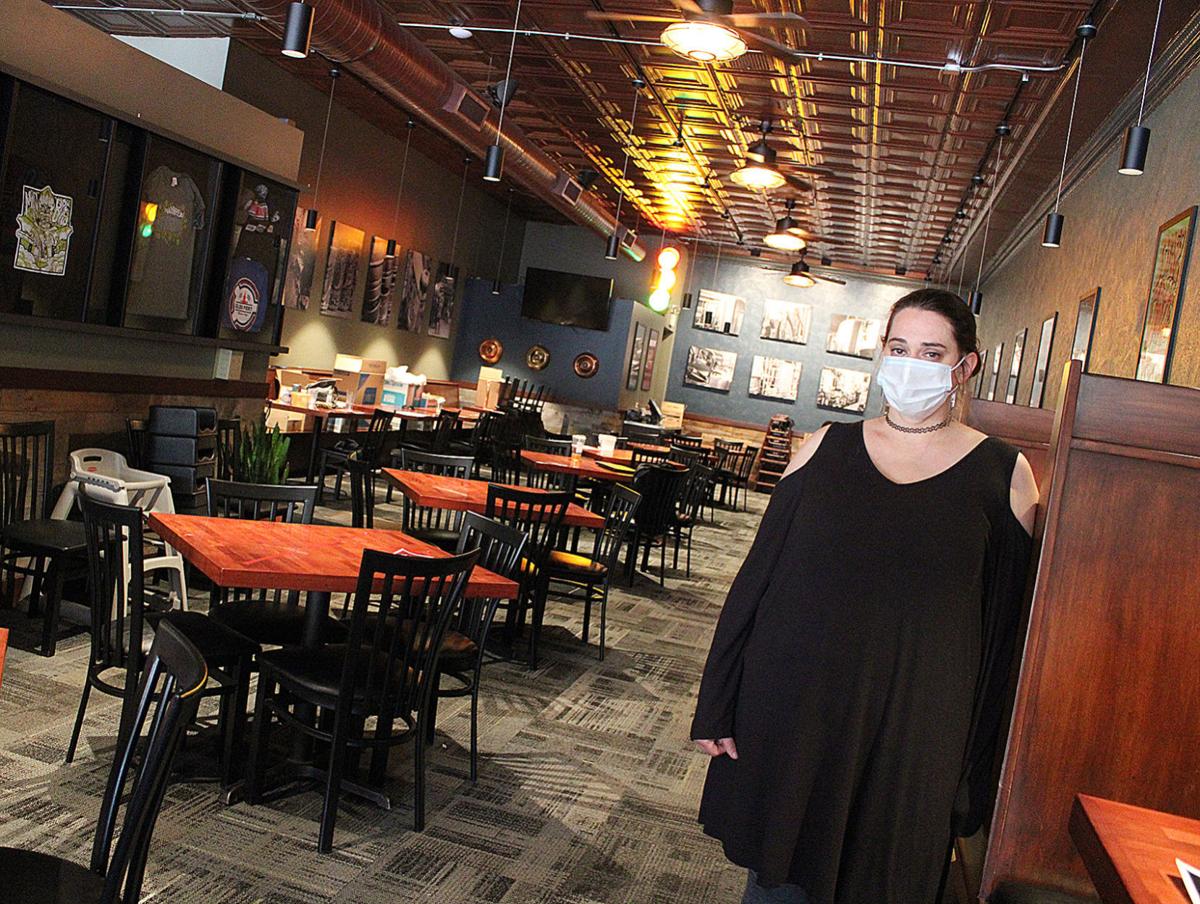 The Auburn City Steakhouse on Main Street in Auburn was set to reopen to dine-in business May 12. The restaurant was taking reservations. 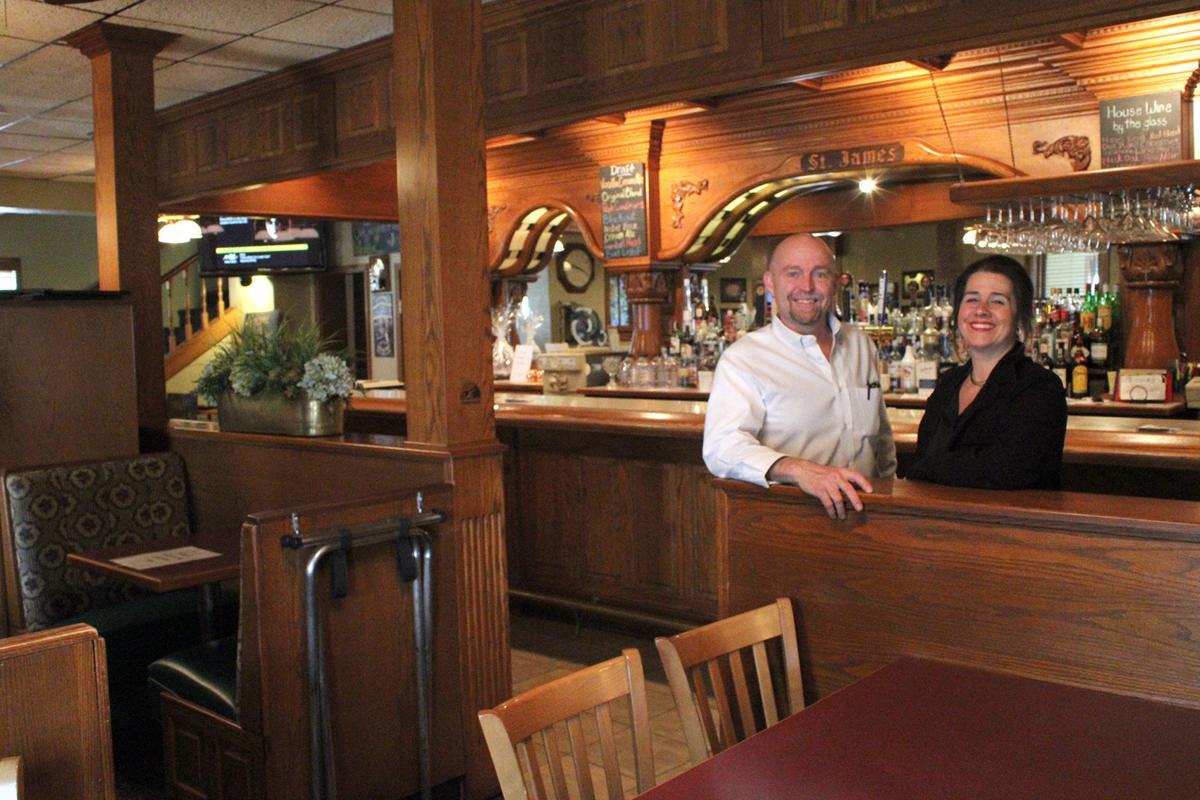 Todd Carteaux, owner of St James Restaurant in Avilla and Meghan Rhoades stand in the bar area of the restaurant, which reopened May 11. 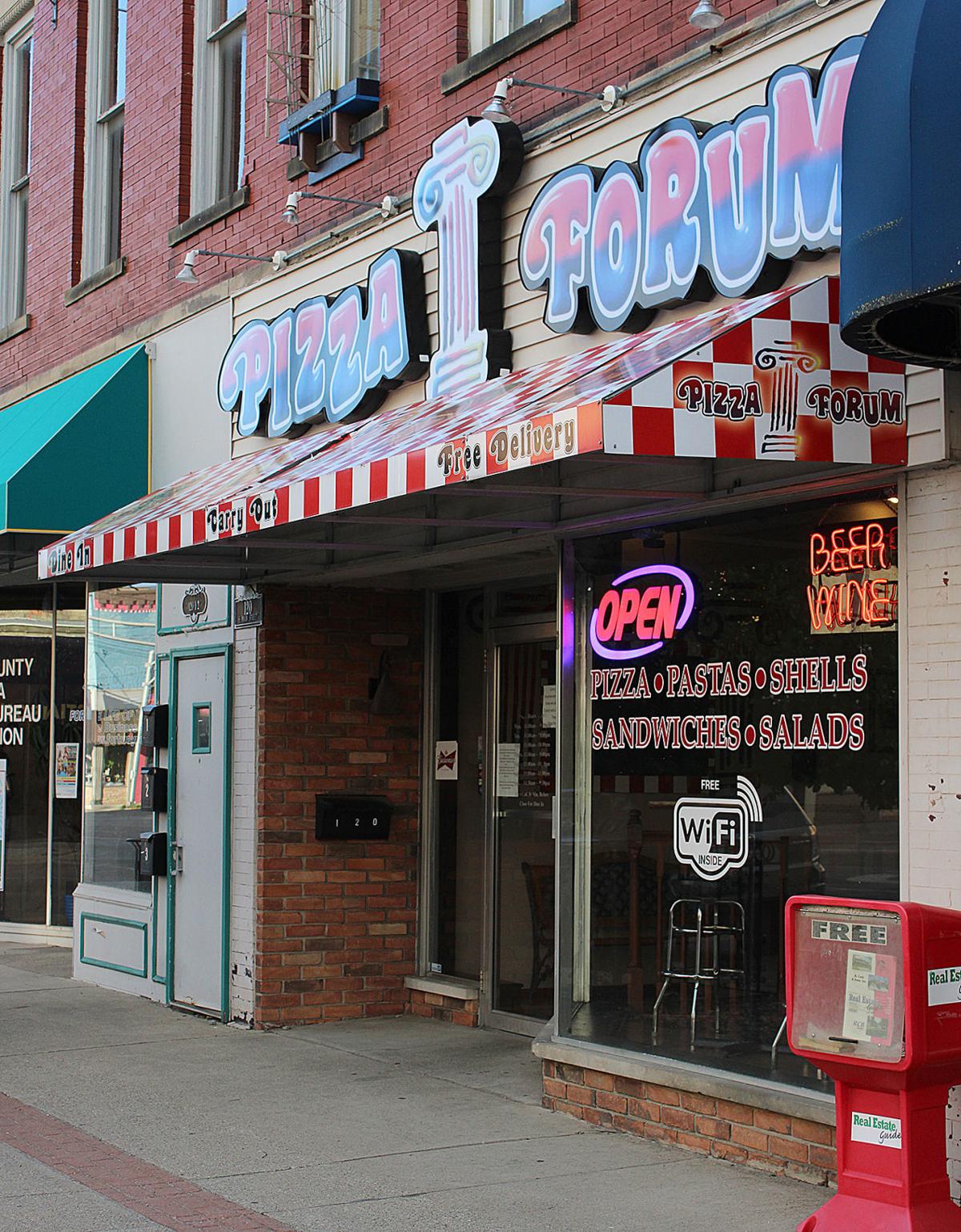 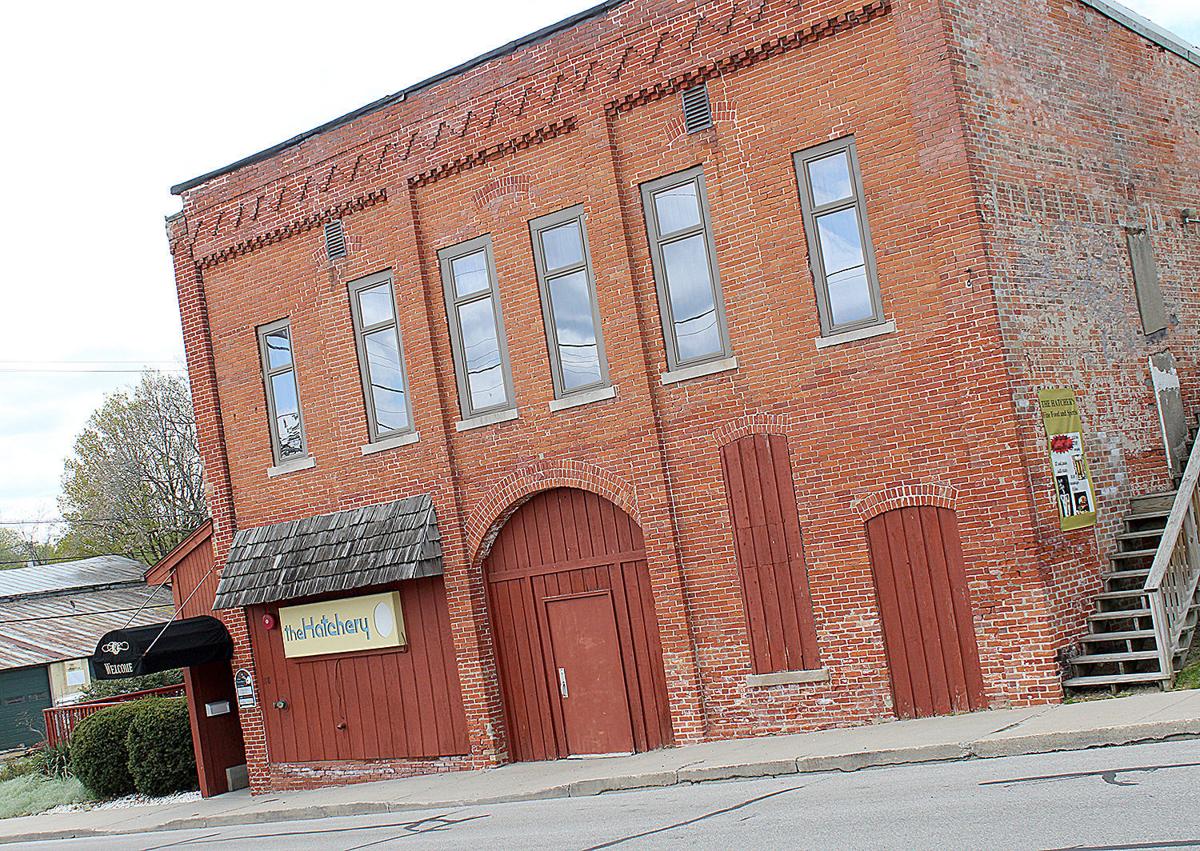 The Hatchery in downtown Angola will stay closed through the end of the month, in preparation of reopening in June. 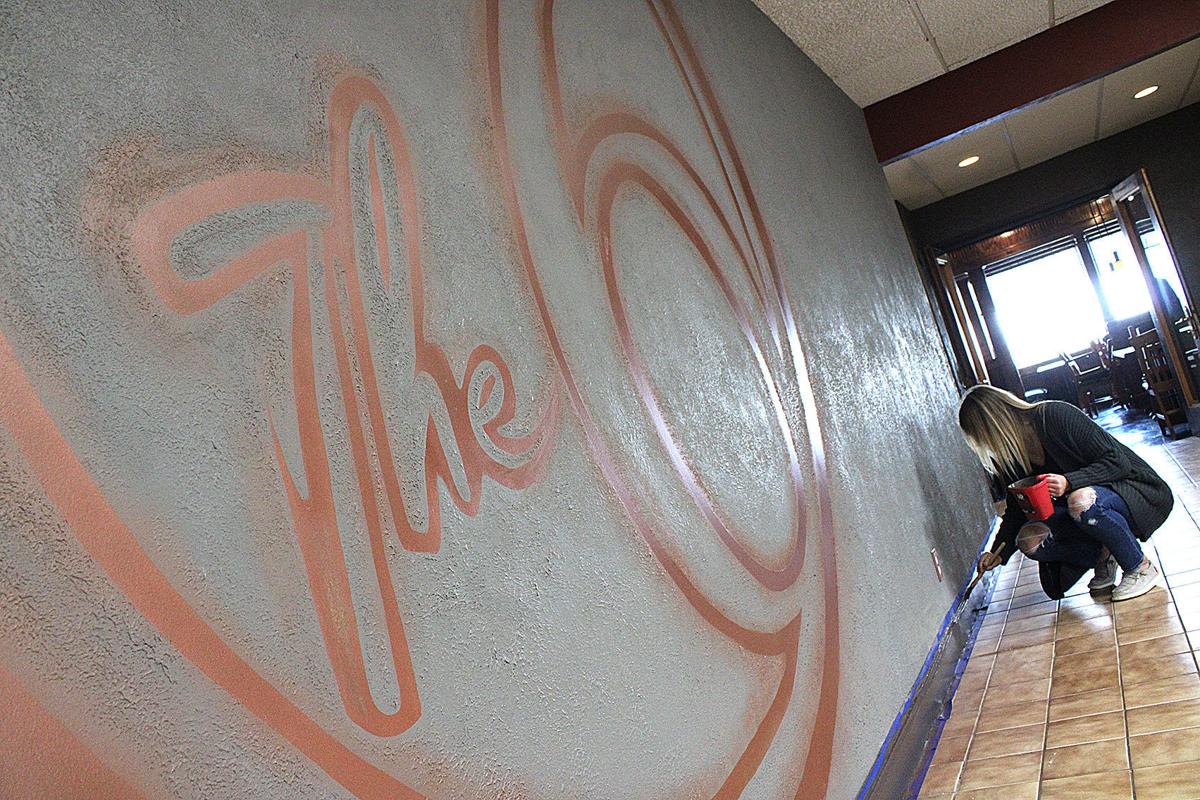 Brooke Butler, an employee at 6 Autumns Food & Spirits in Angola, finishes some touch-up work in preparation for the restaurants reopening May 11. 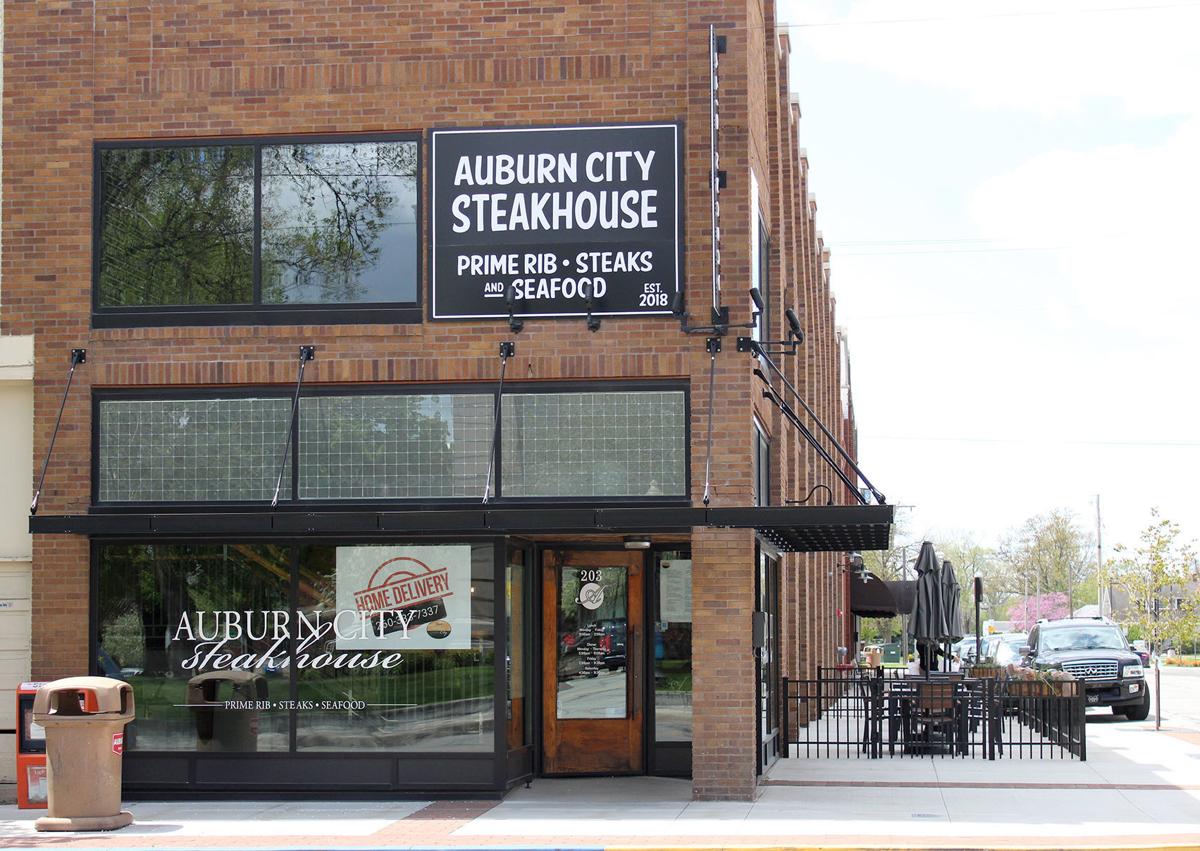 The Auburn Steakhouse on Main Street in Auburn is set to reopen to dine-in business May 12. The restaurant is taking reservations.

The Auburn City Steakhouse on Main Street in Auburn was set to reopen to dine-in business May 12. The restaurant was taking reservations.

Todd Carteaux, owner of St James Restaurant in Avilla and Meghan Rhoades stand in the bar area of the restaurant, which reopened May 11.

The Hatchery in downtown Angola will stay closed through the end of the month, in preparation of reopening in June.

Brooke Butler, an employee at 6 Autumns Food & Spirits in Angola, finishes some touch-up work in preparation for the restaurants reopening May 11.

The Auburn Steakhouse on Main Street in Auburn is set to reopen to dine-in business May 12. The restaurant is taking reservations.

Face masks, rolled silverware, paper menus and empty tables is the “new norm” as restaurants across the state reopened their doors to dine-in customers.

As part of Gov. Eric Holcomb’s “Back on Track” staged approach to reopening restaurants were able to serve dine-in customers beginning May 11. The reopenings come with stipulations to help protect employees and patrons.

During Stage 2, restaurants will be allowed to open at 50% capacity; all staff must wear masks and social distancing guidelines must be observed. If the state is still on track, on June 14 Indiana will advance to Stage 4, which will allow dining room occupancy at 75%.

Full dining rooms in the state will be allowed at Stage 5, which is scheduled to begin July 4.

The restaurant and lodging industry has been one of the main fields affected by the governor’s stay-at-home order. Restaurant workers are the second largest employee group in the state; this field has seen over 245,000 people laid off.

Moving forward Patrick Tamm, president and CEO of Indiana Restaurant & Lodging Association, said there are still a lot of challenges ahead for local restaurateurs.

“We are looking forward to doing the right thing,” he said during Holcomb’s daily news conference last week. “We want to make sure our guests and team members know what to expect.”

Tamm and local restaurateurs stressed that anyone who is not feeling well should not go to a restaurant.

“This is critical,” he said.

He believes restaurants are uniquely equipped to work in this kind of environment.

“We have always had to meet stringent health department and CDC guidelines,” Tamm said.

Although some local restaurants prepared for reopening May 11, not all have opened to dine-in customers.

Kendallville’s Pizza Forum and Don Chicos will continue to serve their patrons on a carry-out basis only, while Si Señor Mexican restaurant will remain closed.

Kyle Baker, owner of Pizza Forum, said he came to the decision for the safety of his employees.

“We are ready to reopen, but we are not in a rush,” he said. “We have gotten tremendous support from our customers.”

Omar Gonzalez, who owns Don Chicos with his brother Israel, said he doesn’t believe his restaurant is in the position to open right now.

“I think it is too early,” he said. “I am afraid my staff would be more susceptible to becoming ill.”

He said they are going to take it week by week.

“Me and my family are very appreciative that everyone has supported us,” he said.

One of Steuben County’s fine dining establishments, The Hatchery, has also made the decision not to reopen at this point. A post on its Facebook page said the management had made the decision to close through the remainder of the month.

“We are hard at work making improvements and plans to keep you safe when we reopen,” the post said. “We appreciate your support and look forward to seeing you soon.”

On May 6, Fireside Craft Burgers & Brews in LaGrange posted on its Facebook page that it was still trying to figure out what the coming week would bring.

“We are planning for next week, but we aren’t making promises about anything these days,” the post said. “While we are certainly happy to see hints of normal life emerging, we are a long way away from normal. We appreciate the ongoing support.”

While some restaurateurs are taking it slow, others have a plan in place and were expecting dining rooms to be filled at 50% May 11.

Todd Carteaux, owner of St. James Restaurant in Avilla, was ready to swing his doors open at 8 a.m. May 11. At 50% capacity, he has room for 74 patrons.

Carteaux has taken extra steps to keep his staff and patrons safe during this pandemic. He will be taking his employees’ temperatures before they start their shifts and hand sanitizer will be available for guests at both entrances to the restaurant.

Carteaux will also be using disposable menus, rolled silverware, and disposable condiments as an added safety factor. He has also purchased a pager system to allow guests to wait outside or in their cars if the dining room is at capacity.

The Auburn City Steakhouse was taking reservations for its reopening May 12. While focusing on carry-out over the last six weeks, the staff of the restaurant has also been focused on spreading tables out to allow for a comfortable dining experience, upon reopening.

Bob Lebamoff, owner of Auburn City, said they are taking the reopening slowly with limited hours and a limited menu Tuesdays through Saturdays.

Lebamoff said he is going to continue to focus on carry-out, which has become popular with people around the city thanks to the formation of Auburn City Eats. Lebamoff started the food delivery service to get his product out to the residents of Auburn.

“I believe our clientele will be cautious about returning,” he said.

His message to his clientele is, “If you are not comfortable don’t come … that’s why we have carry-out and delivery service.”

Josh Volz, director of marketing and design for Mad Anthony Brewing and Shigs In Pit BBQ with locations in Fort Wayne, Auburn, Angola and Warsaw, said all their locations are ready to reopen.

He said they are trying to keep some resemblance of normalcy at their restaurants. Tables will not be taken out to allow for distancing. Signs will be placed on those tables, which aren’t available to be used during the 50% occupancy requirements.

“We want it to be a friendly atmosphere,” he said. “It is a work in progress; we are trying to go with the flow.”

During this down time, 6 Autumns Food & Spirits in Angola has taken the time to renovate and improve the dining experience. The staff also recently renewed their ServSafe training and completed CDC recommended training for COVID-19.

“We are excited to see what the guests think about our updated look,” Marty Hayward, owner of 6 Autumns, said. “We are looking forward to seeing our regular customers.”

It was those regular and dedicated customers that have kept restaurants afloat during the stay-at-home order.

“It was during this time we found out who our loyal customers were,” Hayward said. “It was nice to have that support.

“We are coming out of this better than we went in from a mental perspective,” she added.

Auburn Town Tavern posted on its Facebook page late last week that they were looking forward to seeing all their old customers as well as the new ones when it reopened at 6:30 a.m. May 11.

In Steuben County Club Paradise, a summer hot spot on Lake James, posted on social media that they were reopening with a party beginning at 3:55 p.m. May 11.

All local restaurants are asking patrons for their patience as they work through the new requirements and occupancy limitations.

While restaurants return to full capacity over the next month-and-a-half, they are all looking to continue the carryout services that have helped them weather the storm during the pandemic.

Holcomb thanked restaurants throughout the state for holding on and staying strong during the stay-at-home order.

“Everyone has stepped up from border to border,” he said during May 5’s news conference.