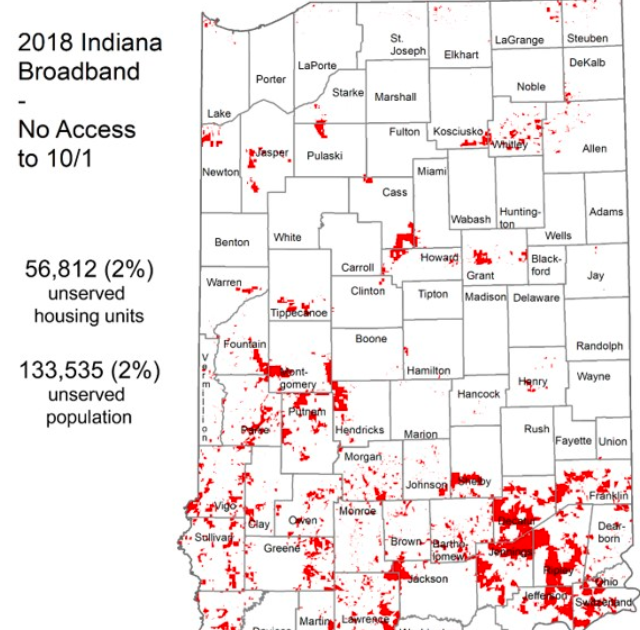 This map by Purdue University’s Center for Regional Development shows more widespread internet speed deficiencies in the southern part of the state, but pockets exist in northeast Indiana without service or with service slower than 10 megabits per second. 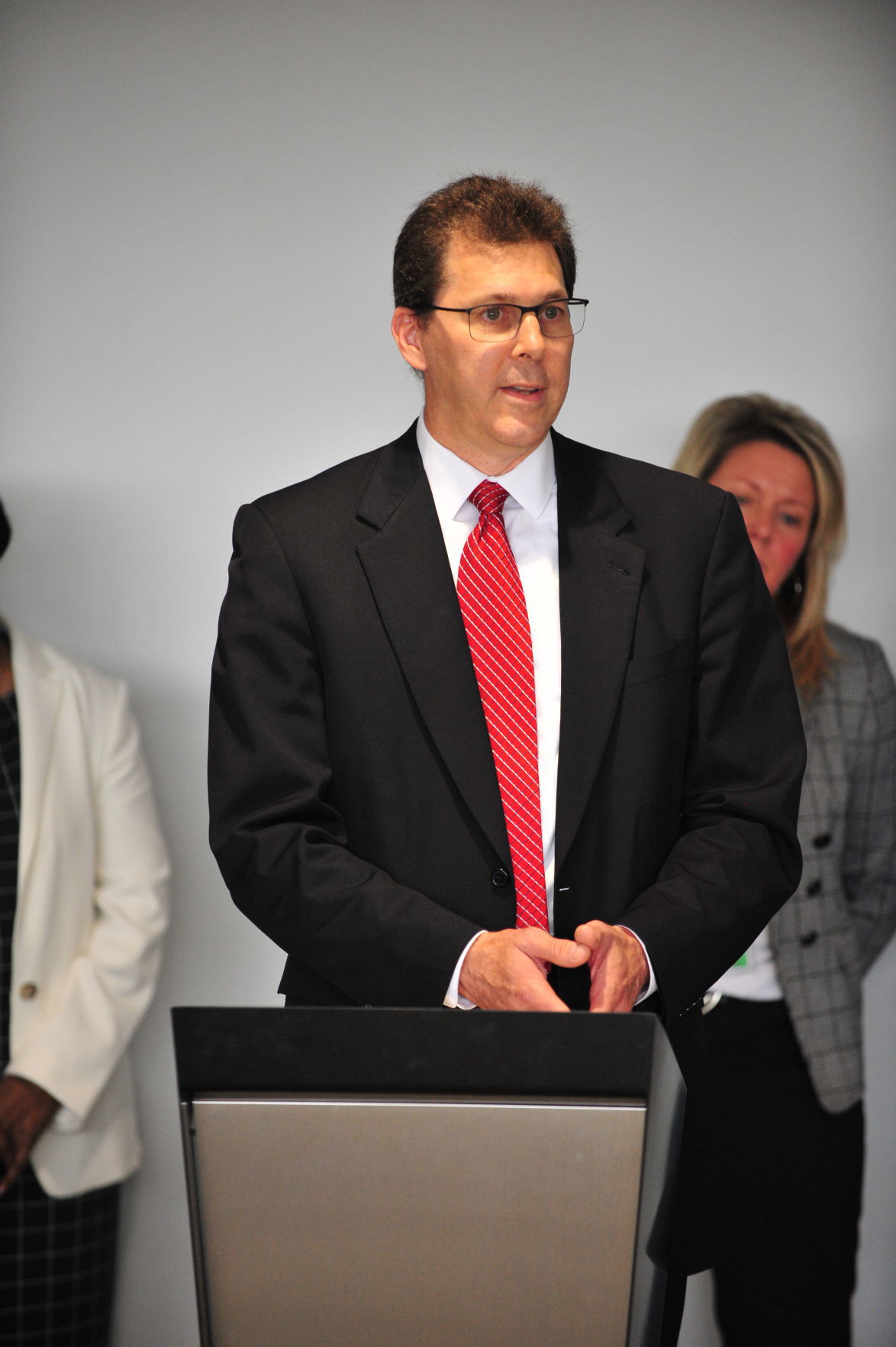 Allen County officials need just a few minutes of your time to help them work on improving your broadband.

They are inviting all residents and businesses in the county to complete an online survey developed by the Allen County Broadband Access Team for that purpose.

It is available through June 15 at pcrd.purdue.edu/allen. The simple, straight-forward survey involves checking a few boxes then typing any brief comments you care to add.

Its questions cover whether you have broadband, how it is accessed, whether you are satisfied with the service, how you use it and how much it costs.

If you have broadband, when you come to a question asking you to identify the main reason you don’t have it, check “other” in order to proceed quickly and easily through the rest of the survey.

Responding is important partly as a first step toward correcting reported deficiencies.

“We have anecdotal data that rural areas do not have access to broadband internet, some areas have lower quality or throttled service, and some areas lack of affordable options,” Chris Himsel said in an email. Himsel is superintendent of Northwest Allen County Schools and co-chair of the Broadband Access Team.

“We know that there are holes in coverage in some areas of Allen County but our survey, in part, is intended to help us better identify those areas,” Nelson Peters, a team co-chair and Allen County commissioner, said in the email.

“First, we have to understand where the greatest issues are and who is getting good service and who isn’t,” he said in a survey announcement. “People use many different services. Trying to figure out who’s got what is going to take participation from citizens all over the county. We encourage everyone to participate.”

The survey responses will provide a useful update to Federal Communications Commission data. Data released by the commission in January was gathered in 2018.

An early February report on that data by Purdue University’s Center for Regional Development included maps showing several small pockets and a few larger areas of Allen County that were unserved or underserved.

The Federal Communications Commission defines broadband as internet access with download speeds of 25 megabits per second and upload speeds of 3 Mbps. Advocacy groups have encouraged the FCC to raise that to 100 Mbps download speeds. Broadband over conventional phone lines is limited to 35 Mbps with current technologies.

Of about 159,300 households in the Allen County data, 1.4%, or more than 2,000, had no opportunity to subscribe to broadband because it was not available where they lived.

A majority of the unserved and underserved residents of the county lived in its northwest quadrant.

In northeast Indiana, counties where everyone had access to internet service of at least 10 Mbps or more included Adams, Huntington, Noble, Wabash and Wells.

Allen, DeKalb, Kosciusko, LaGrange, Steuben and Whitley counties had pockets of no internet service or service slower than 10 Mbps.

The new data from the survey will guide team discussion on approaches to improving the availability, quality and affordability of broadband in Allen County.

“We don’t know that yet. The survey is intended, in part, to help us better determine where we need to put the stake in the ground,” Peters said in the email.

“The survey will allow us to develop a more quantifiable data base to better justify any request that might be made for outside funding support,” he said.

“Survey results should not hurt our chances for grants, but until grant programs are offered along with accompanying criteria, we do not know if the results help us have a better chance at receiving grants,” Himsel said in the email.

The share of county residents without broadband access could increase if the FCC eventually redefines the term at higher minimum speeds.

Among the county’s households with broadband access under the current definition, the FCC data showed 5% did not have an option to subscribe to internet service with download speeds of 100 Mbps and upload speeds of 20 Mbps late in 2018.

The Broadband Action Team was put in place before a vast number of businesses across the country had to shut down temporarily or have employees work from home to prevent COVID-19 from overwhelming the nation’s health care systems.

Even with many Indiana businesses reopening, state officials have encouraged employees to continue working from home if possible, particularly if they are in higher risk categories.

And Peters acknowledged in the email, the new uses that the coronavirus has forced Allen County workers and employers to find for residential broadband. “The current pandemic has helped to reinforce and better identify some of the real needs that exist,” he said.

“The team understands the urgent need for sufficient broadband coverage in Allen County,” he said in the announcement.

“We hope that you will take the survey for yourself and encourage your friends, neighbors, and co-workers to complete the survey as well. We need all of you to make your voices heard about the broadband needs in Allen County.”

The Broadband Action Team consists of elected officials and representatives from various business and economic development and groups in Allen County and northeast Indiana, including cable and internet service providers.

Responses provided to the survey will remain confidential and will only be used for work contributing to the county’s broadband planning and improvement efforts, it said.