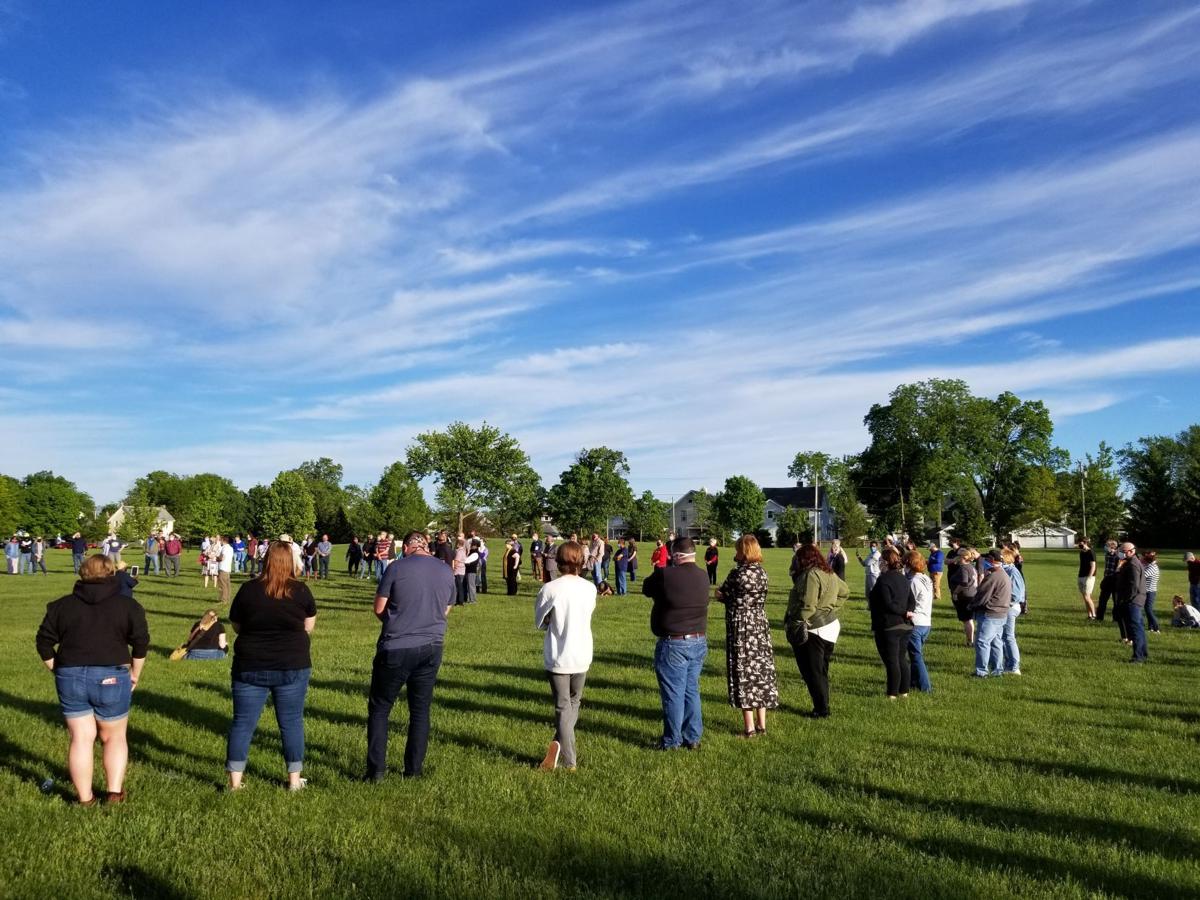 Social distancing is evident as community members gather at a faith rally May 31 at Lutheran Park in Fort Wayne. 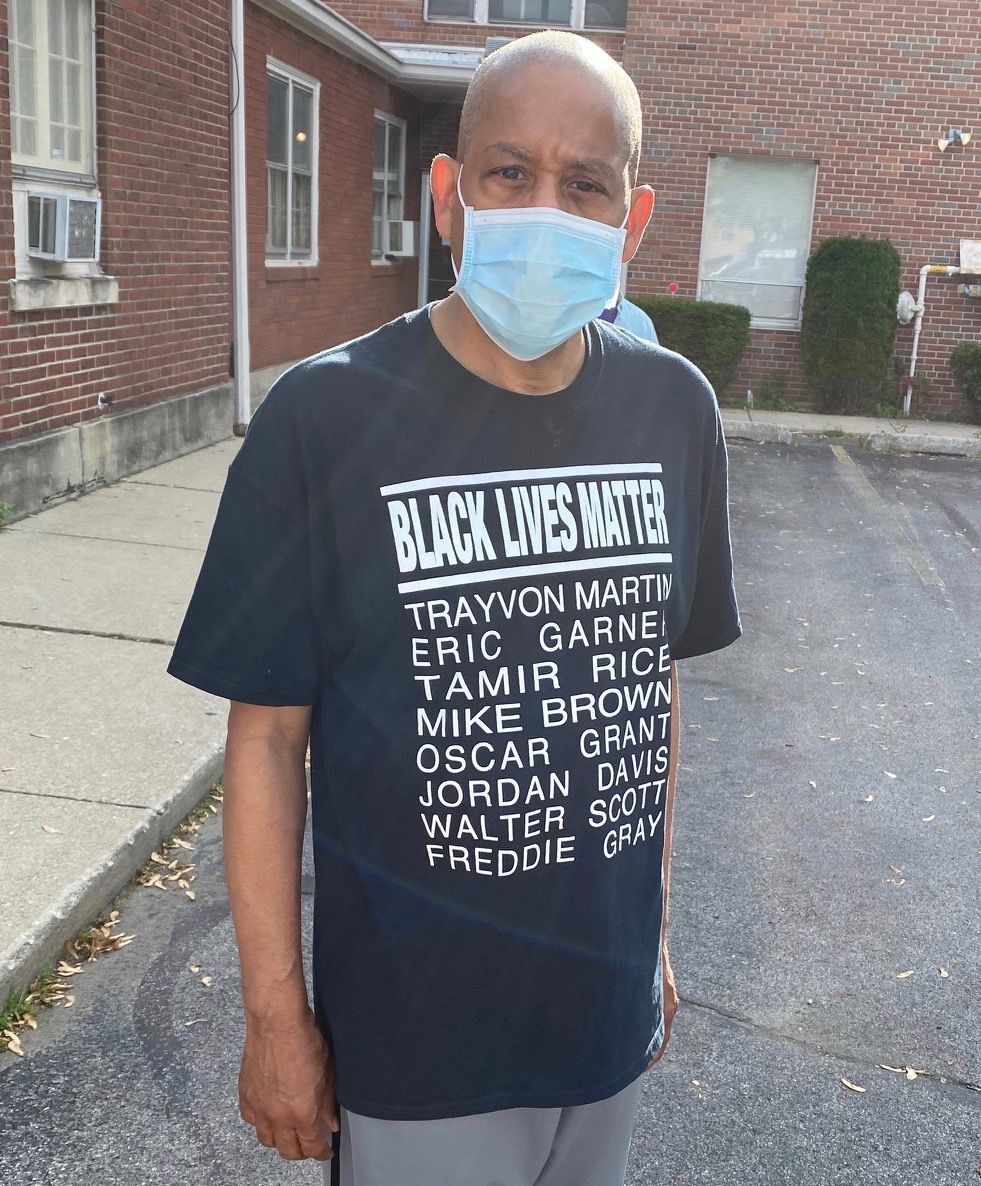 Bill McGill, pastor of Imani Baptist Temple, organized an evening faith rally May 31 as a peaceful response to the death of a black man in police custody in Minneapolis.

Social distancing is evident as community members gather at a faith rally May 31 at Lutheran Park in Fort Wayne.

Bill McGill, pastor of Imani Baptist Temple, organized an evening faith rally May 31 as a peaceful response to the death of a black man in police custody in Minneapolis.

After watching the eruption of violence in Minneapolis and downtown Fort Wayne in recent days, Pastor Bill McGill knew he had to come up with a more peaceful response to the simmering furor over a black man’s death at police hands in Minnesota.

So the church leader organized a rally and “peace walk” on the evening of May 31, from the parking lot of his Fort Wayne church to a nearby park.

“The hope is simple: It’s just a faith-based response to Mr. Floyd’s death,” McGill said. “This is just a reminder that the answer to despair is always prayer.”

George Floyd, a black man in Minneapolis, died May 25 while a white police officer kneeled on his neck. Floyd can be heard in video of the incident saying, “I can’t breathe,” while the officer, who has since been fired and charged with murder, kneels on Floyd’s neck as he lies flat on the pavement.

People protesting what many consider a racially motivated killing have rocked cities throughout the nation, including Minneapolis, Chicago, Los Angeles, Philadelphia and Washington, D.C., leading to violent clashes with police, rioting and some looting.

The tumult even spread to Fort Wayne over the weekend, as protestors packed the downtown Courthouse Green on three consecutive days, carrying signs and bullhorns to make sure their message was heard. The first two nights police used tear gas before making dozens of arrests for disorderly conduct after crowds blocked streets and some people broke windows, including one at the courthouse. Police told protesters to leave after shots were fired at 11:18 the third night at Clinton and Superior streets. A suspect was taken into custody.

McGill, a 63-year-old pastor originally from Columbus, Ohio, noted that despite the continuing recent days of violence, his event didn’t have much planning. “We just thought this up yesterday,” he said, “and then we just called other local pastors and friends and put it together.”

By about 6:30 p.m. May 31, about 30 people were gathered in the parking lot of his church, Imani Baptist Temple, 2920 Indiana Ave. Imani, McGill explained, is Swahili for “faith.”

Jordyn Hogan and her husband, Ben, were there, marching with their two daughters, a 4-year-old holding hands with her mother, and a 10-month-old in a stroller.

“We just wanted to find a way to be supportive to this cause during this time,” Jordyn Hogan said.

Another religious leader in attendance was David Abbott, a pastor at Trinity United Methodist Church, 609 Putnam St. He said word about the event spread quickly among the local church community.

“The local clergy is a pretty small circle,” Abbott said, “and you hear things pretty quickly from others in town.”

Another person in attendance said it was crucial to face the brutality with non-violent protests like the one McGill had crafted.

“We have to come out and show our support for nonviolence,” said Chuck Wolfe, a 67-year-old consultant for a nonprofit. “We have to stay with the teachings of Martin Luther King Jr., even though it may not always be easy.

“We are all God’s people, and we have to continue this road of nonviolence.”

About 7 p.m., about 200 people gathered in nearby Lutheran Park, on South Wayne Avenue, where the group held a further prayer service.

Abbott, the pastor at Trinity United Methodist, said he hopes the event not only captures the attention of law enforcement and others as a peaceful statement on the current situation, but is just the start of a movement that will see the end of violence that makes such protests necessary.

“We wanted it to be peaceful, and we wanted this to be just the start of something,” Abbott said.

“We can’t be here 5 years from now doing this.”

“We are all God’s people, and we have to continue this road of nonviolence.”