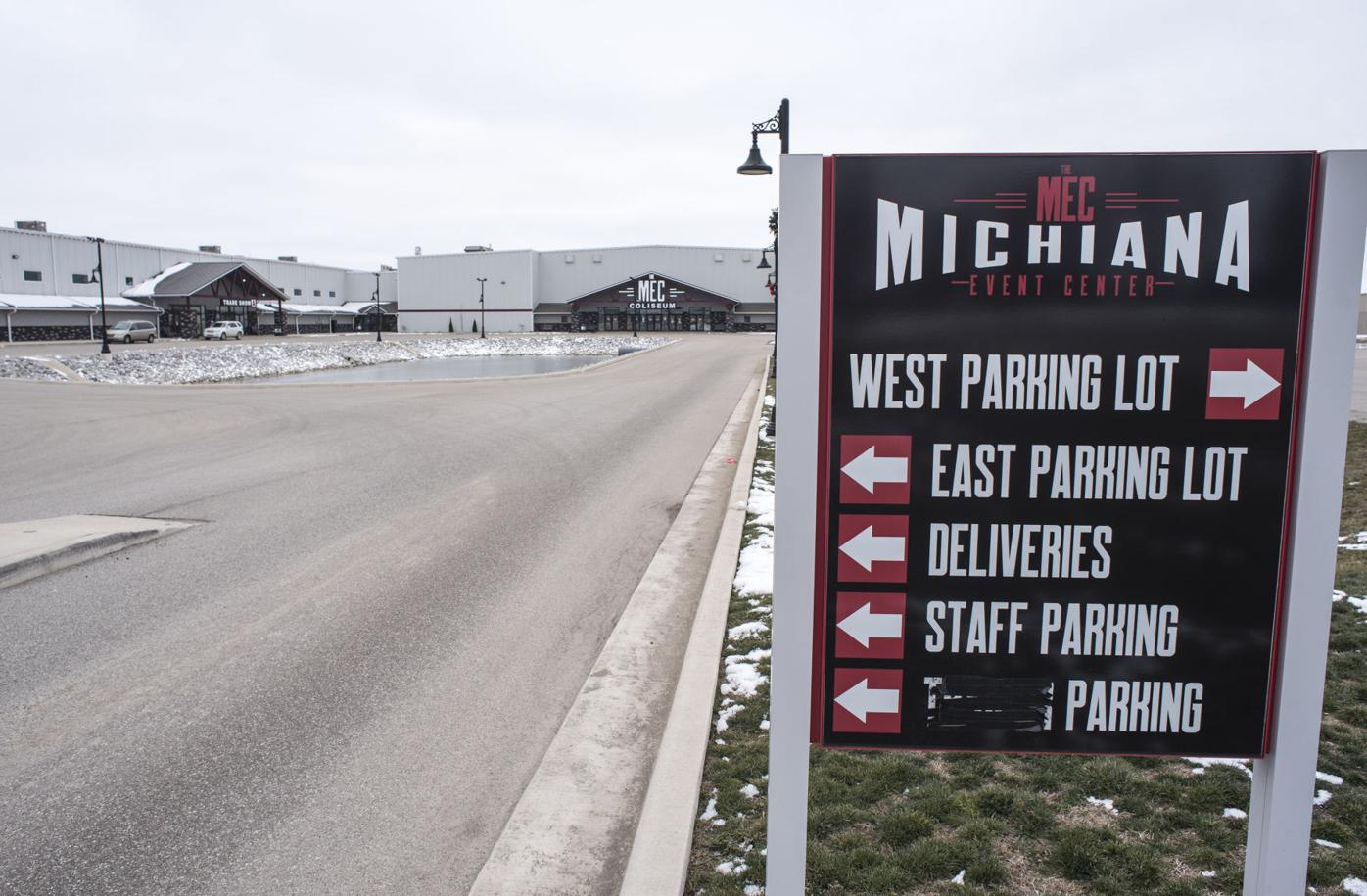 The Michiana Event Center was shut down by the LaGrange County Health Department for repeated violations of state and local health care orders aimed at stopping the spread of the coronavirus. 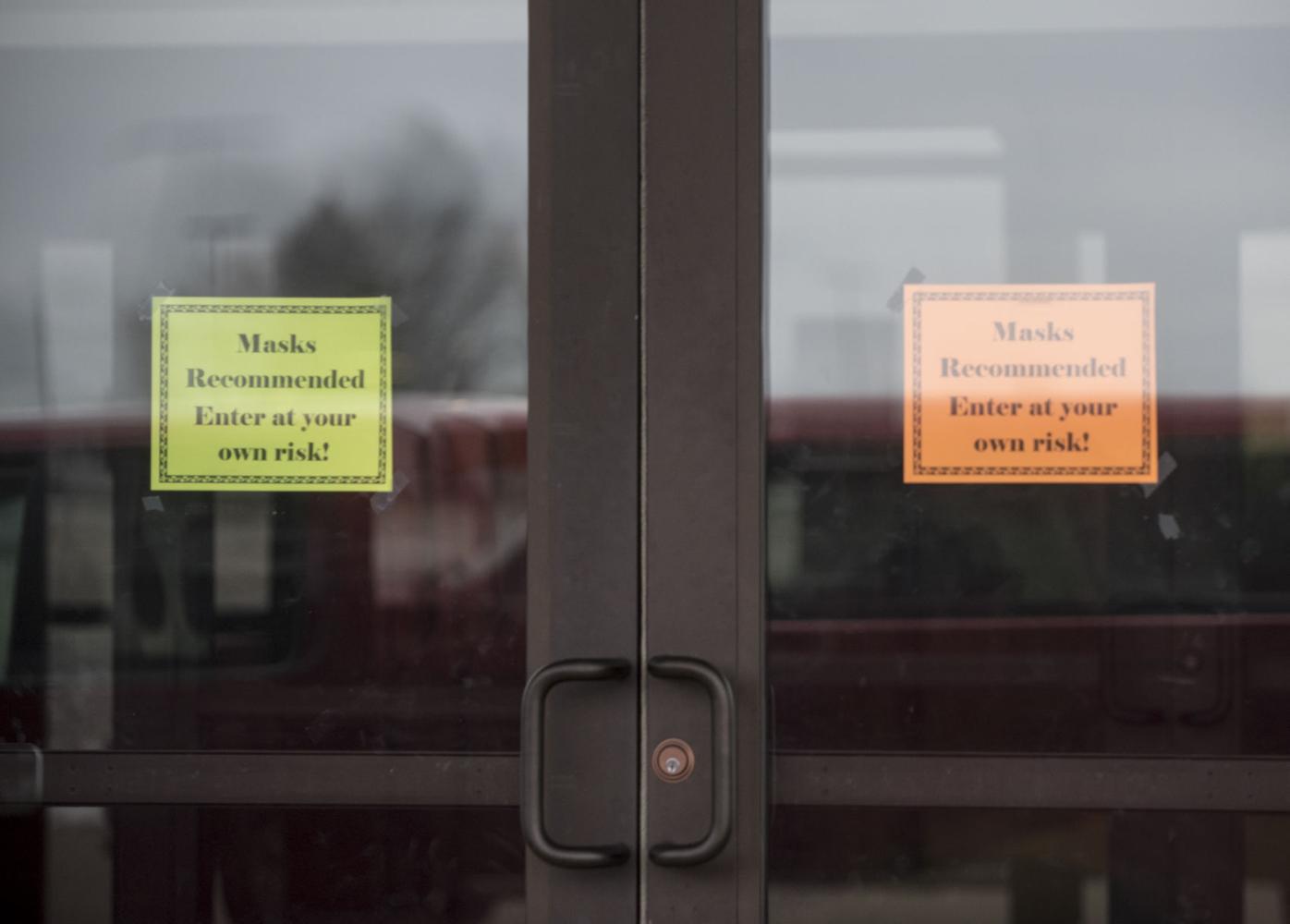 The signs on the doors leading into the Michiana Event Center building tell visitors that facemasks are recommended, but not required.

The Michiana Event Center was shut down by the LaGrange County Health Department for repeated violations of state and local health care orders aimed at stopping the spread of the coronavirus.

The signs on the doors leading into the Michiana Event Center building tell visitors that facemasks are recommended, but not required.

SHIPSHEWANA — The Michiana Event Center in Shipshewana has been shut down by the LaGrange County Health Department for alleged repeated violations of state and local orders aimed at protecting the public from the spread of COVID-19.

The order that closes the large events venue was hand-delivered to representatives of the MEC on Jan. 7, said LaGrange County Health Department attorney Jeff Wible.

At issue, says Wible, is that the MEC’s owners and managers have repeatedly refused to implement coronavirus protections as required by state order, such as limiting crowd sizes and requiring those guests wear face masks and observe social distancing at events.

“The problem is the MEC has just utterly ignored the state guidelines set up by the executive orders,” Wible said.

LaGrange County has received a red rating from the state representing very high spread of COVID-19 for eight of the last nine weeks. That rating limits public gathering sizes to no more than 25 people, with no exceptions.

Even in the one week that LaGrange County dropped to a second-worst orange rating, red-level restrictions remained in place because a county must stay in a better rating for at least two consecutive weeks before limits can be eased off.

Wible said the decision to shut down the MEC was not one he or the health department took lightly.

“I’ve tried to counsel conciliation, and if the MEC would have been close (to meeting guidelines), I would have said I don’t want to push this,” Wible explained. “But they’re not close. They really just ignored executive orders. They haven’t even made a good-faith effort.”

“We’re simply doing what we said we would do,” he explained.

Pechin said he made two visits to the MEC in December during events and that the MEC made no attempt to require people to wear face masks or social distance as required by law, forcing Pechin to finally ask for the order to shut it down.

“They just weren’t following the governor’s mandate, and my job is to support that,” Pechin explained.

Pechin has made several attempts in December to get the MEC’s owners to understand and comply with state orders.

In a letter he sent to Fry on Dec. 9, Pechin listed the violations of state law he’s observed during an event held at the venue on Dec. 3-5.

“There was an utter failure of your guests to wear protective face coverings, and to properly social distance from other guests,” the letter read. “These circumstances do nothing but promote the spread of the coronavirus.”

Pechin went on to point out the MEC is required by Title 16 of Indiana code “to require you make sure that all guests and staff are wearing protective face coverings and that social distancing, meaning a six-foot space between guests is not only observed, but maintained.”

Just eight days later, Pechin sent Fry a second letter, informing Fry that once again the MEC violated state orders about limiting large events to 25 or fewer people in communities where the state considers the spread of the coronavirus dangerous.

In Jan. 7’s emergency order, the health department points out that despite the health department’s efforts, the MEC’s ownership continued to disregard state and local orders, and on Dec. 28, in violation of Holcomb’s orders, held another event “consisting of hundreds of individuals who did not wear protective face coverings or observe social distancing guidelines as required by Executive Order 2-50 and 20-53.”

The order also said even now that MEC continues to promote multiple upcoming events “without having remedied prior violations of Executive Orders.”

The morning of Jan. 8, the doors leading into the MEC all displayed signs saying face masks were recommended but those signs said nothing about them being required. And its webpage, the MEC continues to include listings for dozens of large-scale upcoming events, including a tractor pull and monster truck event both scheduled to take place in the next two weeks.

The emergency order prohibits the MEC from resuming operations until it complies with applicable laws and orders, and receives written authorization to reopen from the LaGrange County Health Department.

A phone call to Fry made the morning of Jan. 8 to seek comment about the health department order was not returned.

The county has often boasted one of the highest positivity rates in the state as those who do end seeking testing are often found to be positive for the virus.

The county also has the second-most COVID-19 deaths to date in the area at 59, just one behind leader DeKalb County, despite LaGrange having the third smallest population of the four counties.

Unlike other counties, most of the deaths that have occurred in LaGrange County have been among people outside of long-term care homes, with about 7-in-10 deaths coming from outside those facilities.