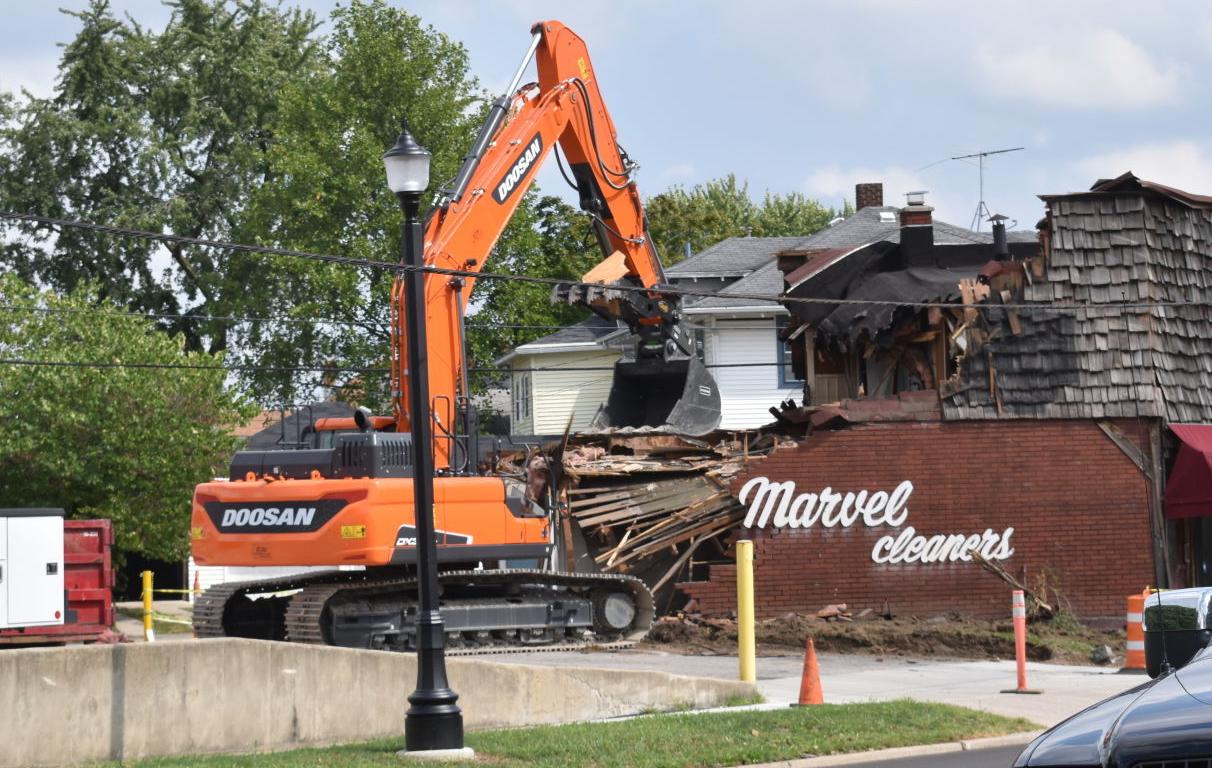 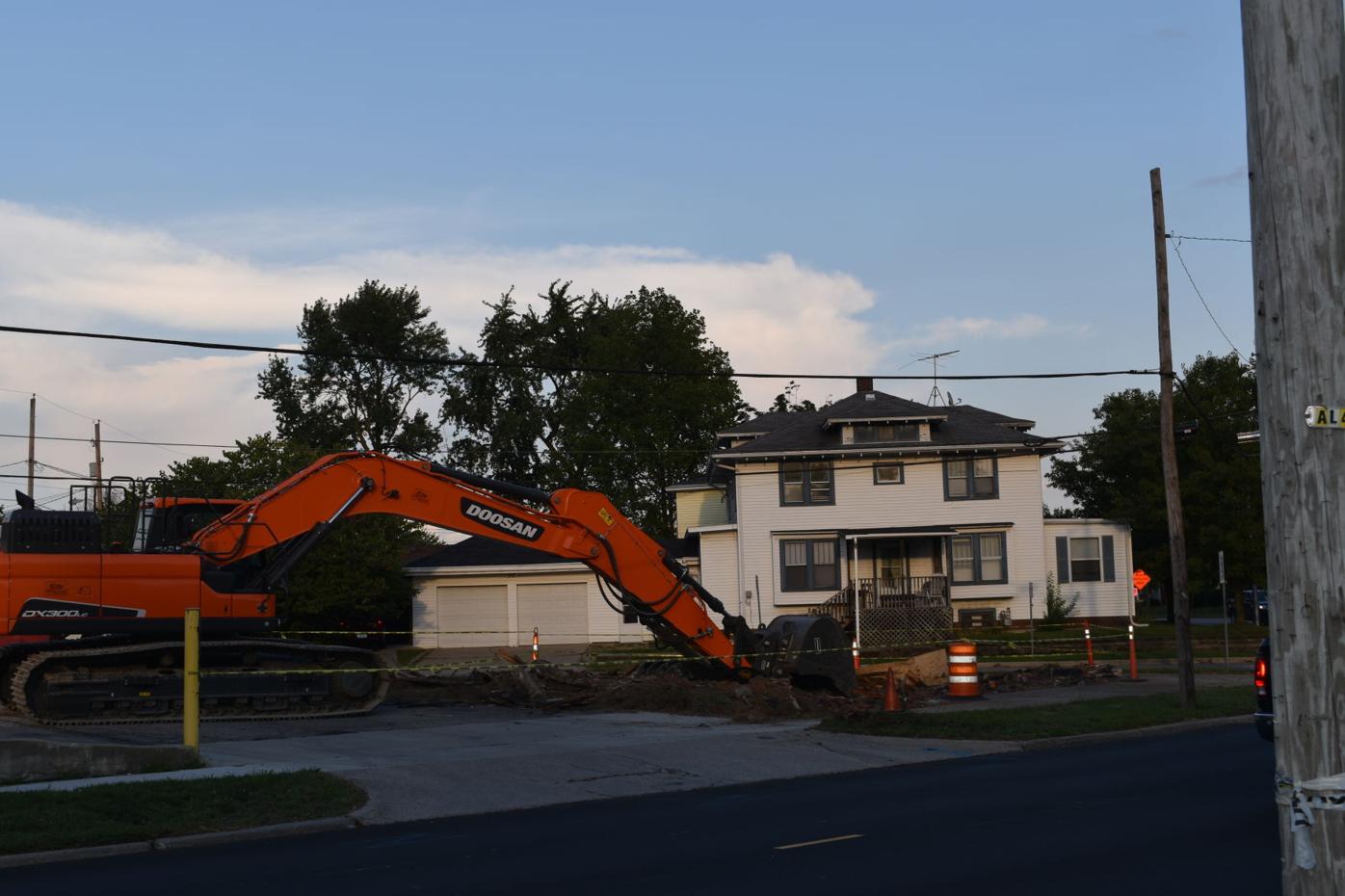 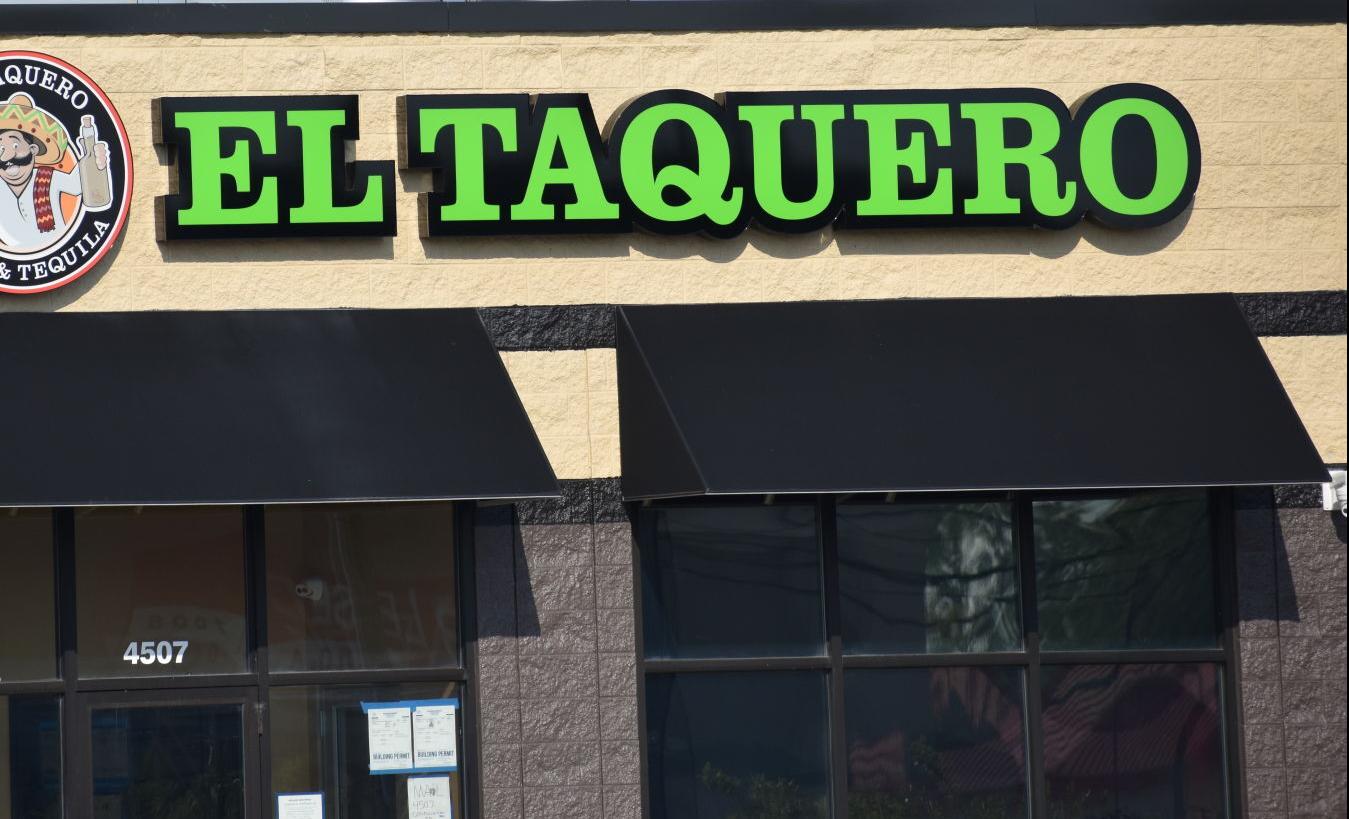 El Taquero is getting ready at 4507 Coldwater Road, Fort Wayne.

El Taquero is getting ready at 4507 Coldwater Road, Fort Wayne.

I hate to see a building torn down. Yet, I’m intrigued at what might come next.

I wasn’t a fan of the shaggy shingle sides of the Marvel Cleaners, 602 Goshen Ave., Fort Wayne, but I was intrigued by the key-shaped shadow on the roof — a clue to a former life? I was impressed by how the business seemed to squeeze into the corner of Goshen and Hensch Street, like some Old World building.

The address was home to a grocery, according to the 1943 Fort Wayne Post Office Directory. However, it has been empty since 2016 when Larry and Maxine Evans retired from Marvel Cleaners, which they owned for about 50 years. They also lived above the dry cleaning business, according to a published report.

Now, 602 Goshen Partners, an LLC out of Indianapolis, must have some plans because Sept. 8 machinery knocked down the building, and Bunn Box carted away the pieces.

I pass by the corner every day and have watched it sit empty while the thrift store on the other side of the parking lot has become Iglesia de Dios, a church. I’ve put in calls to see what’s happening.

La Tropicana, Inc. is putting together El Taquero, 4507 Coldwater Road, Fort Wayne. It plans to get a beer-wine-liquor license. It promises tacos and tequila on its logo.

More people are shopping online and the retail workforce has been growing.

“Despite the growth in online retail sales, the retail workforce continues to have a substantial presence in the U.S. labor force and the number of people employed in retail jobs has grown this decade,” according to the U.S. Census Bureau.

Cashiers were among the lowest paid. “Young, less educated women earning low wages characterize the typical retail worker in the United States,” according to the report. “Minorities are overrepresented in retail work but non-Hispanic Whites still make up the majority (60%) of the retail workforce.”

In 2018, 9.8 million people were employed as retail workers in the United States. Retail salespeople and cashiers include about 3.3 million workers each, followed by first-line supervisors of retail sales workers with 3.1 million workers.

• Women were more likely to work in retail jobs. About 56.5% of retail workers were women, compared with 43.5% who were men.

• Retail workers were more likely to have Medicaid. In 2018, 15.3% of retail workers had Medicaid compared to 9.0% of the total workforce. Medicaid is a federal and state program that provides health coverage for low-income people.