Conjure Coffee’s newest location will be drive-thru only for a couple of weeks. 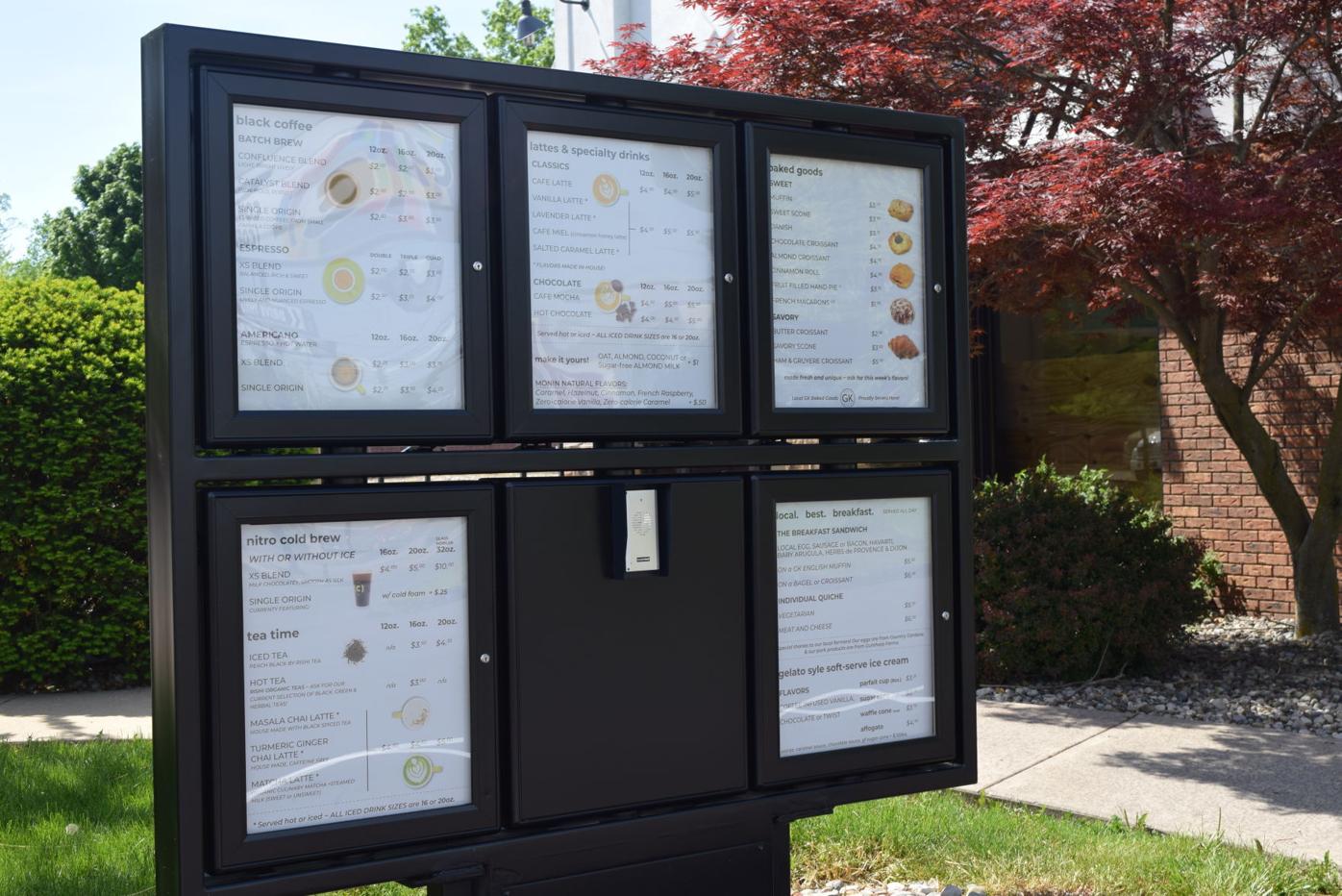 Conjure Coffee's southwest store menu board lists the same type of drinks as the other two locations, but you'll also find gelato. 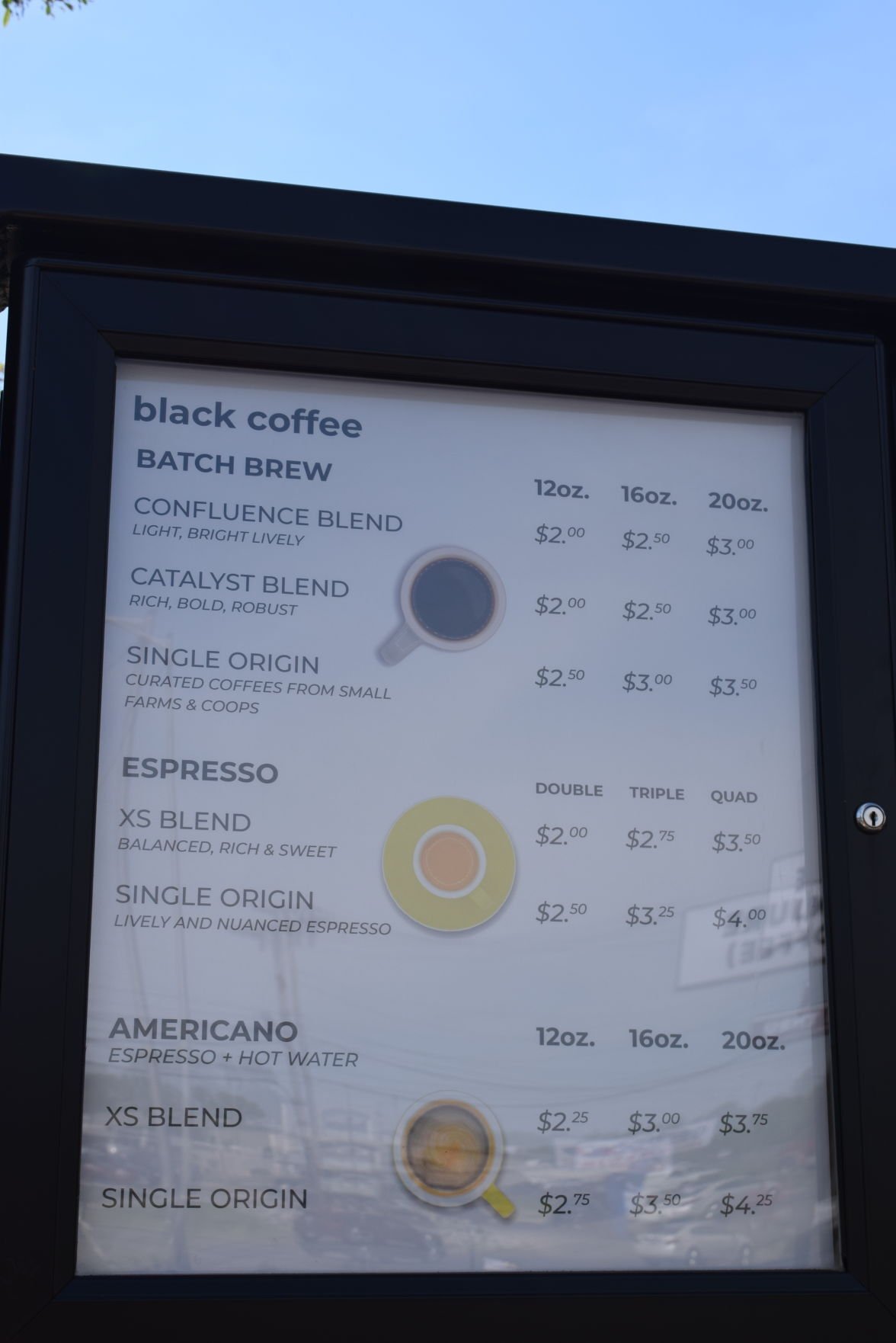 Conjure Coffee uses adjectives that include "bold," "rich" and "lively" to describe its various coffee drinks. 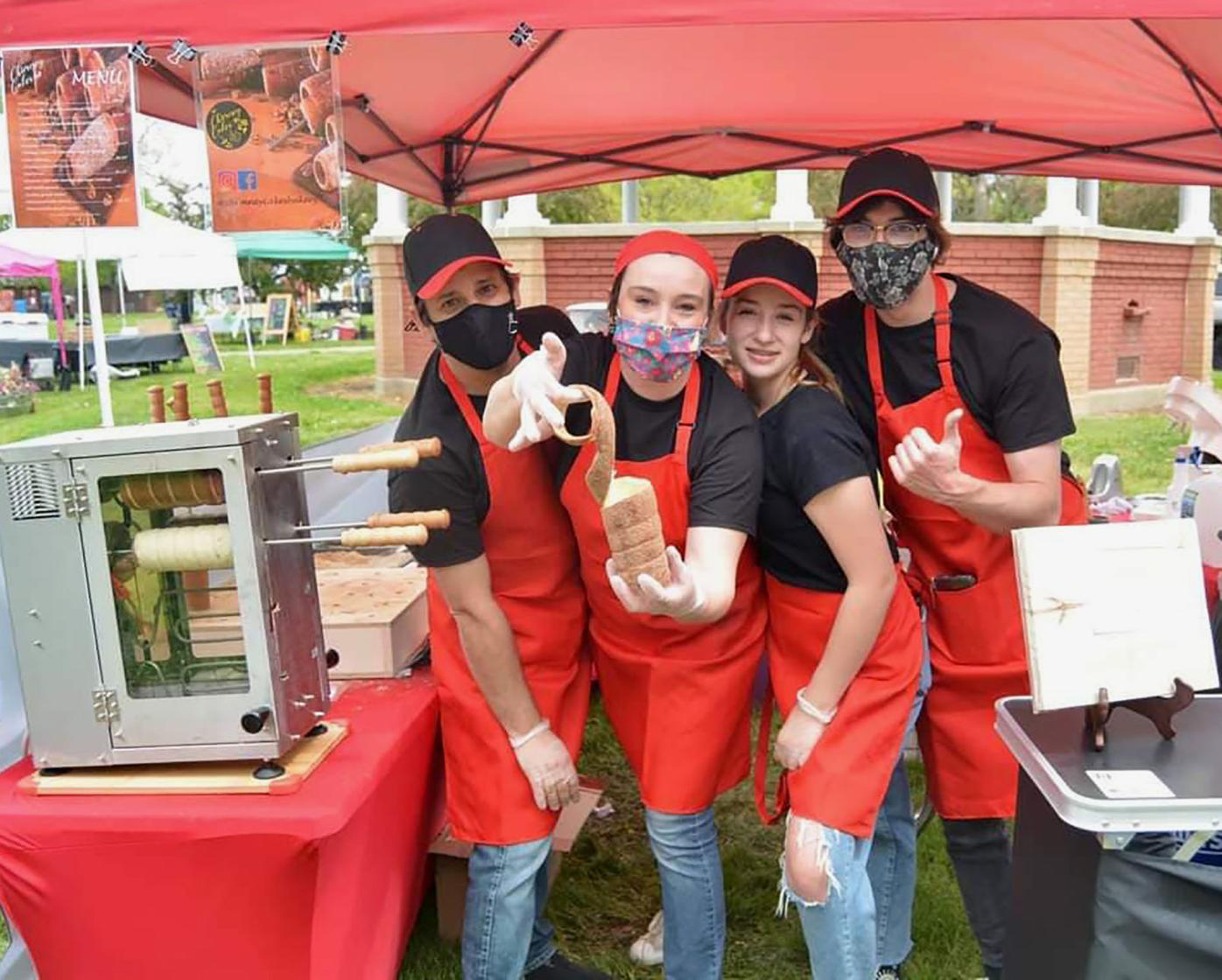 At the Ft. Wayne Farmers Market, Timea Csibi shows off a chimney cake, accompanied by her husband, Cris, left, and their teenaged children, Maya and David.

Conjure Coffee’s newest location will be drive-thru only for a couple of weeks.

Conjure Coffee's southwest store menu board lists the same type of drinks as the other two locations, but you'll also find gelato.

Conjure Coffee uses adjectives that include "bold," "rich" and "lively" to describe its various coffee drinks.

At the Ft. Wayne Farmers Market, Timea Csibi shows off a chimney cake, accompanied by her husband, Cris, left, and their teenaged children, Maya and David.

Conjure Coffee held a drive-thru-only soft opening May 21-23 before starting its regular hours at its newest location in southwest Fort Wayne.

“We’re a couple of weeks away from opening inside,” owner Corey Waldron, a Fort Wayne native, said.

Some work needs to be done inside, but the Allen County Board of Health has cleared the business’ drive-thru operations, he said, at the new site, 710 W. Jefferson Blvd. in the former Subway next to Joanna’s Family Restaurant.

The original cafe and roastery location is at 701 Columbia Ave. and the second one is in the Foellinger-Freimann Botanical Conservatory at 1100 S. Calhoun St.

Waldron also committed to put a Conjure Coffee in the Electric Works Innovation Center at the former General Electric campus on Broadway, which is currently under development.

The southwest menu has similar coffee items but it has some items unique to the new location. Gelato is listed, with coffee-infused vanilla and chocolate or twist available in a sugar or waffle cone or parfait cup or “affogato,” an Italian coffee-based dessert.

A taste of Romania

Local entrepreneur Timea Csibi and her family are being a taste of authentic Transylvania to the Ft. Wayne’s Farmers Market each Saturday.

The family is making chimney cakes. That might put the taste of ashes in your mouth, but we’re actually talking about a pastry named for its cylindrical shape that looks like a chimney pipe.

Chimney cakes are the traditional pastry of the historic Transylvania region of Romania, dating back to the 15th century, according to a news release from Northeast Indiana Small Business Development Center, where Csibi has been a client.

Each cake’s fresh dough is individually hand-rolled onto a wooden cylinder and then covered with sugar and baked in a special oven.

“As the wooden rollers turn around slowly, the sugar is caramelized on the surface and forms a shiny, crispy crust,” Csibi said in the news release. “When the cake is fully baked and still hot, it is rolled into different toppings of your choice, such as cinnamon, almond, cocoa, walnut or coconut.”

“The chimney cakes have been described as sweet, crispy and crunchy on the outside, with light and fluffy dough on the hollow inside. They produce a sweet scent while baking, which often draws people to the Chimney Cakes booth, and their mouth-watering taste keeps bringing customers back for more,’ according to the news release.

I think I’ll be one of those attracted to the smell and what I hope is a dessert like an elephant ear. Perhaps, I’ll just have to try all the toppings.

With a Hungarian-Transylvanian heritage and a 15-year career in human resources, Csibi decided to start Chimney Cakes, LLC to bring a taste of her heritage to Fort Wayne.

“I was excited to switch from corporate HR to stay-at-home mom and now small-business owner,” she said in the news release.

While the chimney cakes currently are being produced onsite at her booth at the farmer’s market, currently being held for the summer at McCulloch Park, 1795 Broadway, Csibi hopes to transition to a food truck or trailer and eventually expand her business to a brick-and-mortar bakery.