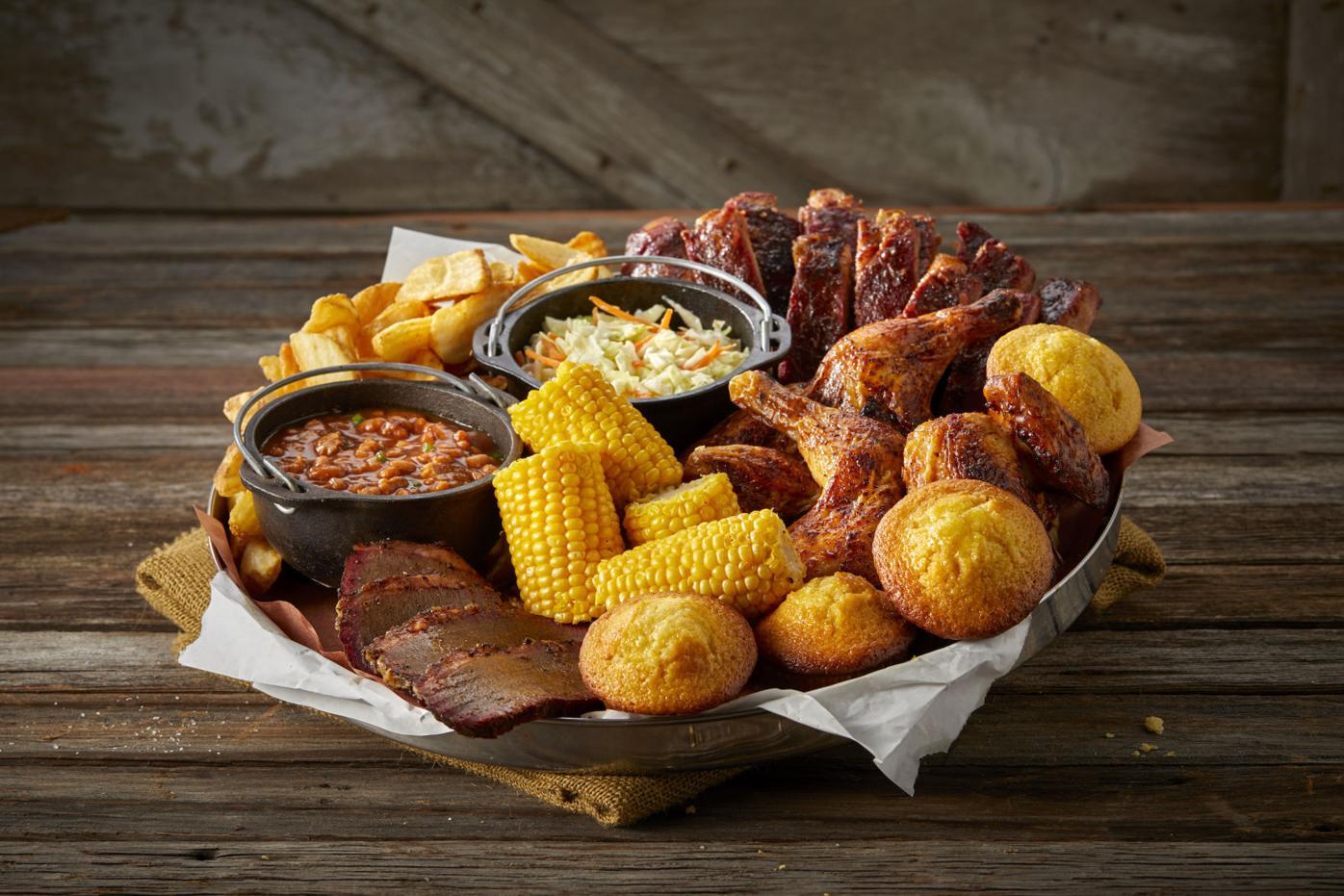 Famous Dave’s BBQ has several “Feasts” listed on its menu that can feed about four people. 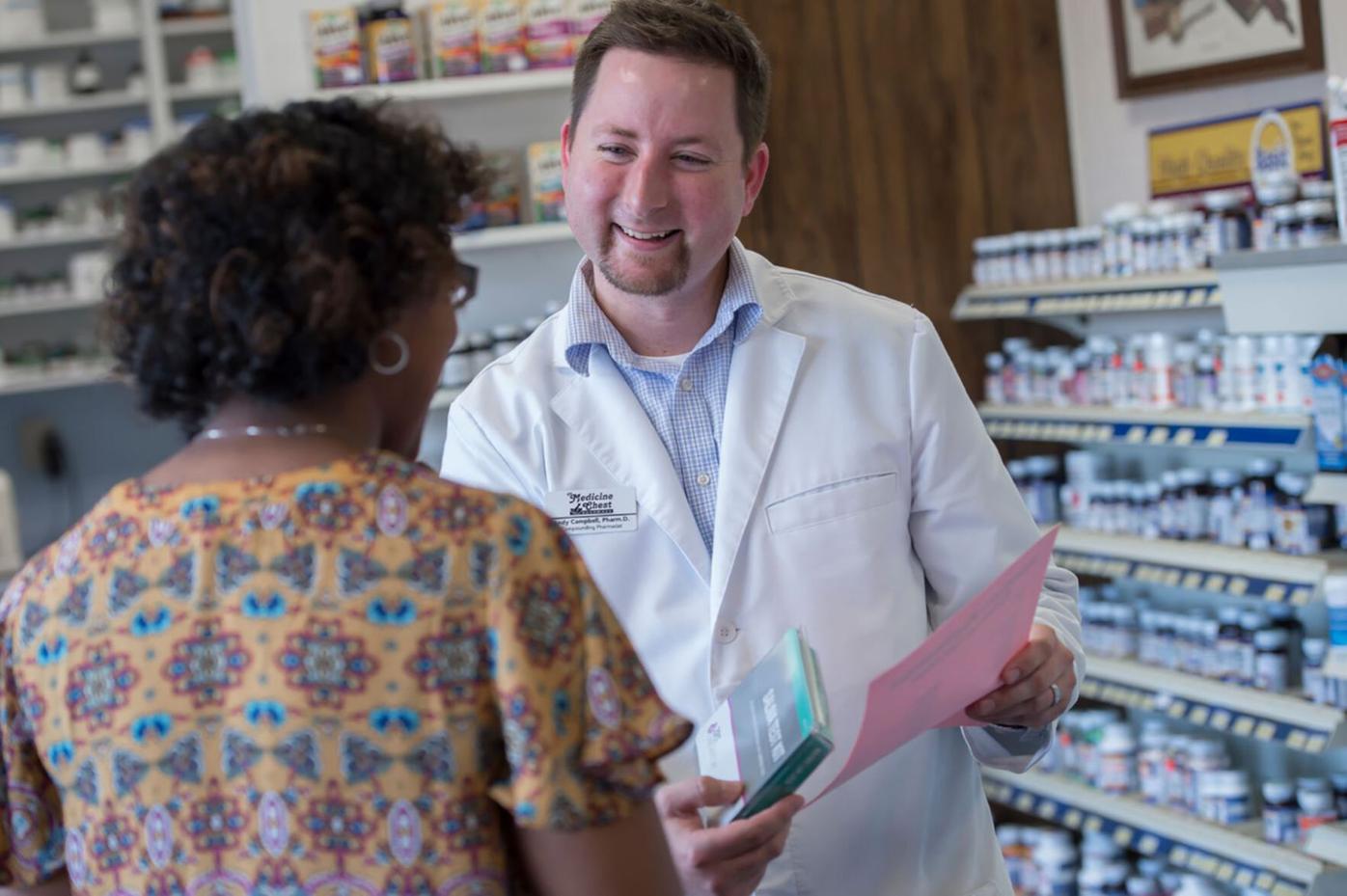 The Medicine Chest is owned and operated by pharmacist Andy Campbell, who is a client of the Northeast Indiana Small Business Development Center. 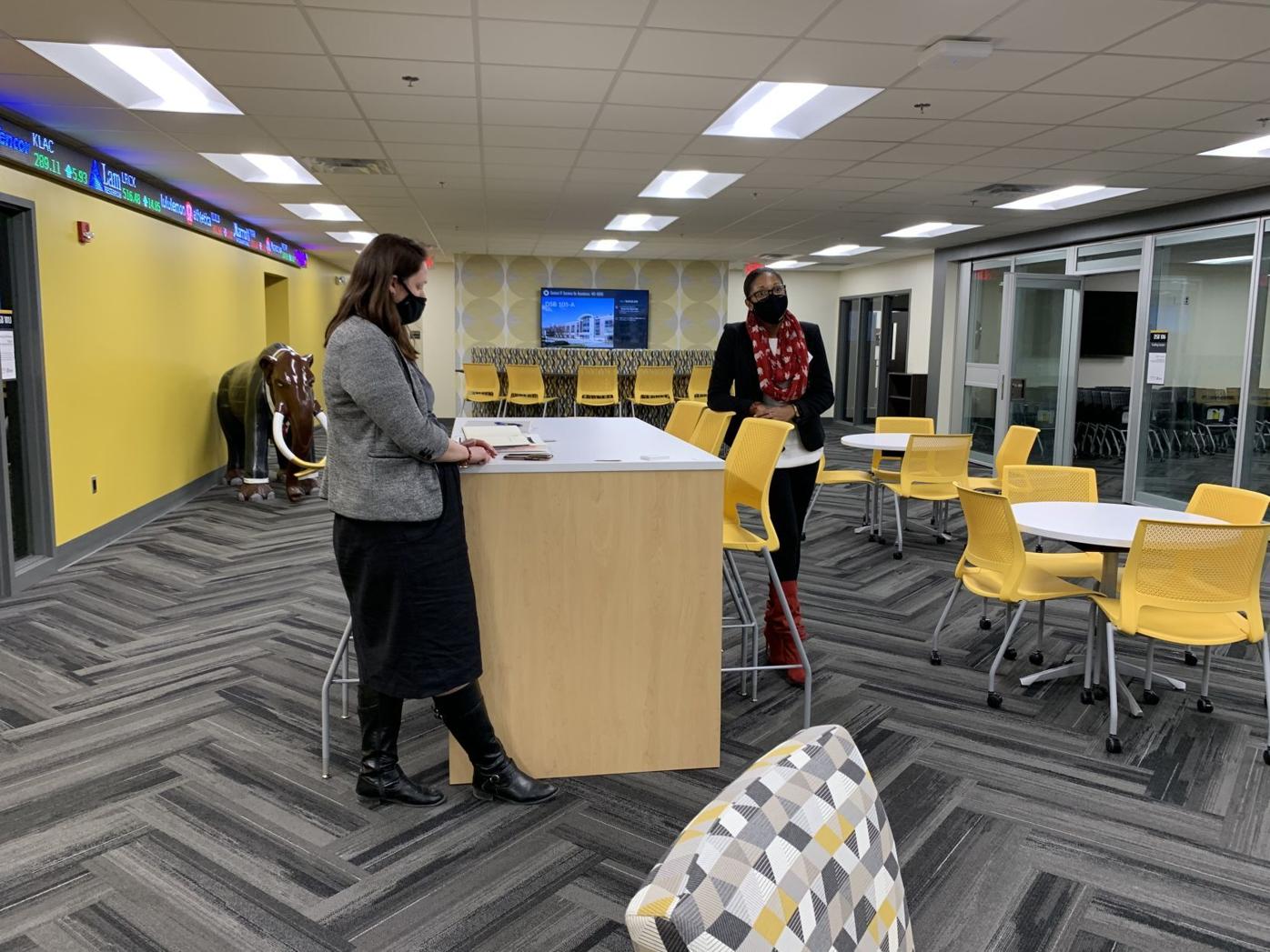 A common area in the Richard T. Doermer School of Business will be seeing more staff and students as more renovations occur in the building. 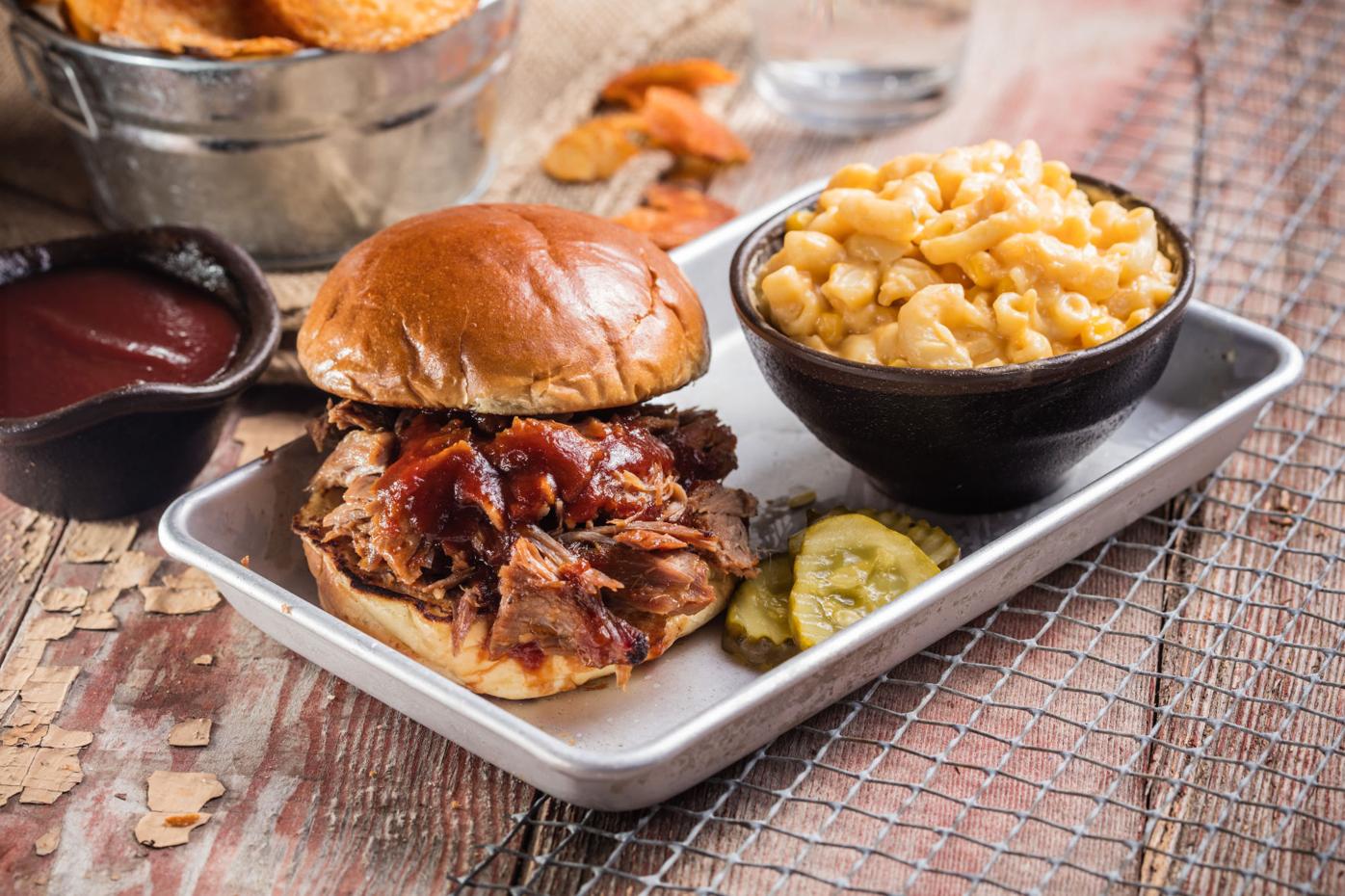 in addition to sandwiches, Famous Dave's BBQ has sides such as Dave's Cheesy Mac & Cheese (Jalapeño). 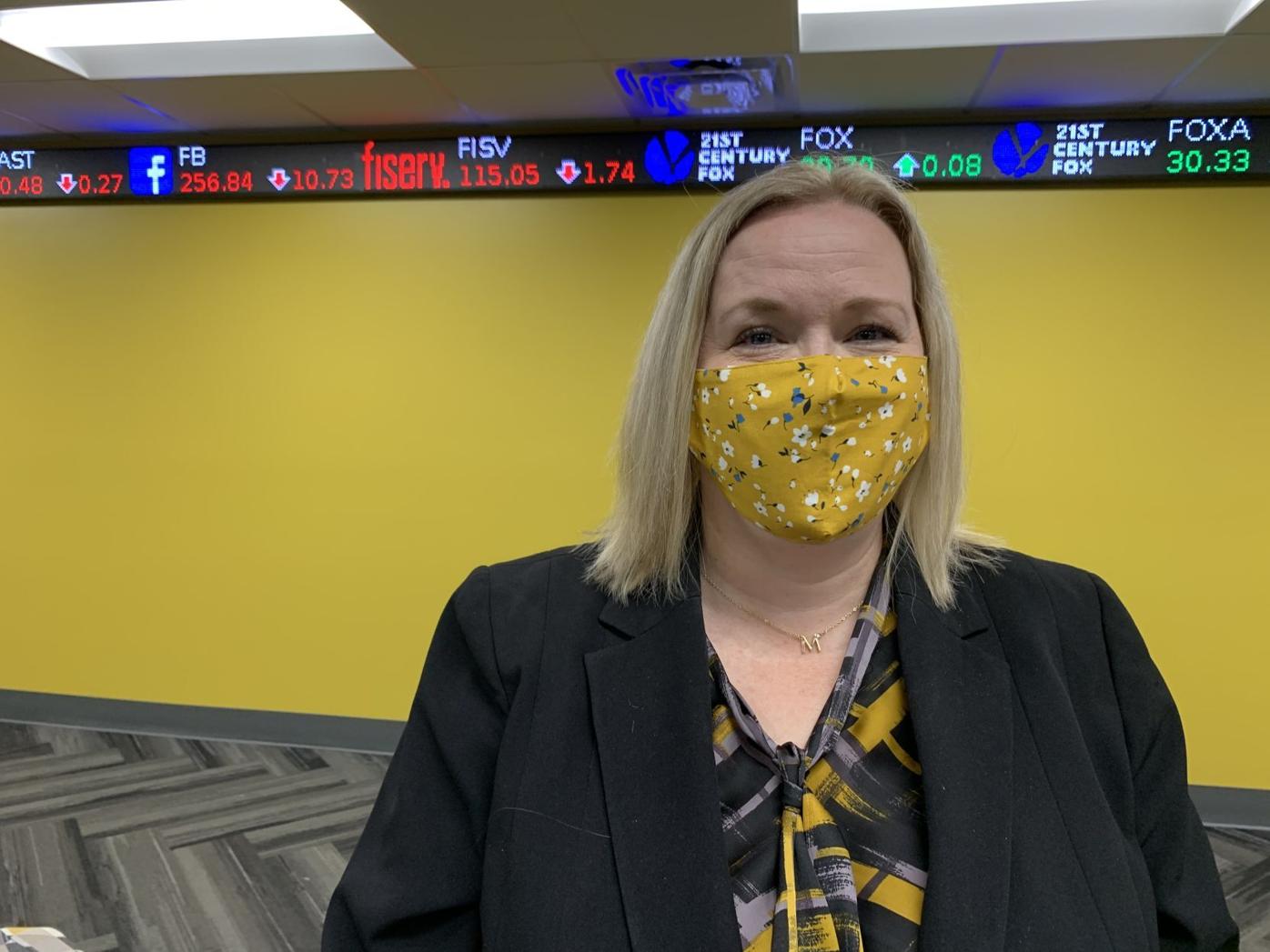 Famous Dave’s BBQ has several “Feasts” listed on its menu that can feed about four people.

The Medicine Chest is owned and operated by pharmacist Andy Campbell, who is a client of the Northeast Indiana Small Business Development Center.

A common area in the Richard T. Doermer School of Business will be seeing more staff and students as more renovations occur in the building.

in addition to sandwiches, Famous Dave's BBQ has sides such as Dave's Cheesy Mac & Cheese (Jalapeño).

What’s better than having one restaurant? How about having two in one building while putting furloughed employees back to work?

Greater Minneapolis-St. Paul’s BBQ Holdings owns both Famous Dave’s and Granite City, and this will be the seventh ghost kitchen in a Granite City, Lehr said.

“They’ve been all over the country,” Lehr said of the ghost kitchens, which will feature around 85% of the Famous Dave’s BBQ’s brick-and-mortar restaurants’ menu of ribs, brisket, pork, beans, cole slaw, desserts and more. The ghost kitchen will be open starting Jan. 20.

Other locations include St. Louis, Detroit, suburban Minneapolis and the most recent, Cedar Rapids, Iowa, which opened Jan. 13.

“Famous Dave’s before the (COVID-19) pandemic, and even more so, obviously, now, was doing a large portion of our revenue off-premises,” Lehr said of its food sold — but not consumed — within its walls, such as via catering and takeout.

About 50% of its revenue came from off-premises sales, whereas, Granite City did around 12%, he said.

“Obviously, the pandemic has grown those margins,” he said.

Allen County just renewed its public health notice that requires restaurants, bars and nightclubs to only serve inside at 50% capacity. Bar sections must be closed as well.

“The shutdowns have hurt Granite City more than they’ve hurt Famous Dave’s,” Lehr said. “...It was a perfect marriage to bring these two concepts together.”

Already established in Indianapolis and Cincinnati and Toledo, Ohio, this will give Fort Wayne a taste of Famous Dave’s and perhaps lead to its own restaurants down the road.

Customers who order through www.famousdaves.com or Famous Dave’s app for pickup or delivery will get “low-price guarantee” like an airlines website. However, food can still be ordered through other delivery services.

Because of the pandemic, Granite City had to furlough and laid staff and cut others’ hours. “This is going to allow us to get back to our full staffing levels,” Lehr said. “We’re bringing people back that are currently not employed.”

If Fort Wayne responds to the Famous Dave’s BBQ menu and Granite City, 3809 Coldwater Road, is also “rockin’ ‘n rollin’,” “We would love to have a little bit of a more brick-and-mortar location,” Lehr said.

Pharmacy gets a second dose

The Medicine Chest Pharmacy has opened a second location in Fort Wayne to better serve its customers, according to the Northeast Indiana Small Business Development Center.

The new store is located in a strip mall at 9912 Illinois Road, Fort Wayne, in a former Max Fitness spot. The southwest location is operated by a store manager assisted by two staff members — and will eventually add more sales associates, according Medicine Chest owner Andy Campbell, PharmD, in an announcement.

The Medicine Chest Pharmacy began as a member of The Medicine Shoppe franchise system, and operated as a franchise store for 30 years. As the pharmacy’s focus evolved to a full-service compounding pharmacy, it became an independent pharmacy as a part of the United Drug Co-Op. In addition to Campbell, pharmacists at the Medicine Chest are Carolyn Shelton, RPh, BS PharmD, and Stefanie Kruger, RPh.

The Medicine Chest is a locally owned, full-service community pharmacy that offers traditional prescriptions and specializes in compounding. Compounding is the process of combining, mixing or altering ingredients to create custom medications tailored to the needs of individual patients.

Class in session — in new site

When Purdue Fort Wayne MBA candidate students came to class Jan. 11 they had a new building to call home.

PFW bought the property at 3000 Coliseum Blvd. E., across from its campus in 2018 for $2.8 million through the Doermer Family Foundation, Fort Wayne Foundation and two anonymous donors.

“The rooms are being outfitted with laser projectors and state-of-the-art equipment for technology in terms of teaching,” dean of the Doermer School of Business, Melissa Gruys, said. “That’s more high-tech than other rooms on campus.”

While the business school’s offices were in Neff Hall on the main campus, classes were held campuswide. Eventually all business students will take classes at the new building.

Gruys spoke as a stock ticker scrolled across a main area with bright yellow chairs where students and instructors will be able to interact with one another. The next phase of renovations will include creating a stock trading room.

“Our numbers have been soaring in the MBA program, at a time when nationwide MBA programs tend to be declining in terms of enrollment,” Gruys said.

In the last three years, the MBA program alone has increased its enrollment by 89%, which is almost double the size of the program. Between spring 2020 to spring 2021, the numbers are up 26%.

The MBA program is 1 to 4 years long, with the shortest time requiring students to take three classes per 11-week module, Gruys said. The program has five “entrance points” in terms of the time of year that students can begin: August, January, May, June and July.

“It’s very flexible,” she said. “It’s definitely not what other programs are doing in terms of the MBA.”

Classes are available in person, online and a combination of the two, which helped during the COVID-19 shutdown.

A number of companies are hiring MBA students as interns, she said. “People don’t think immediately of internships for MBA students, but they have really great skills.”