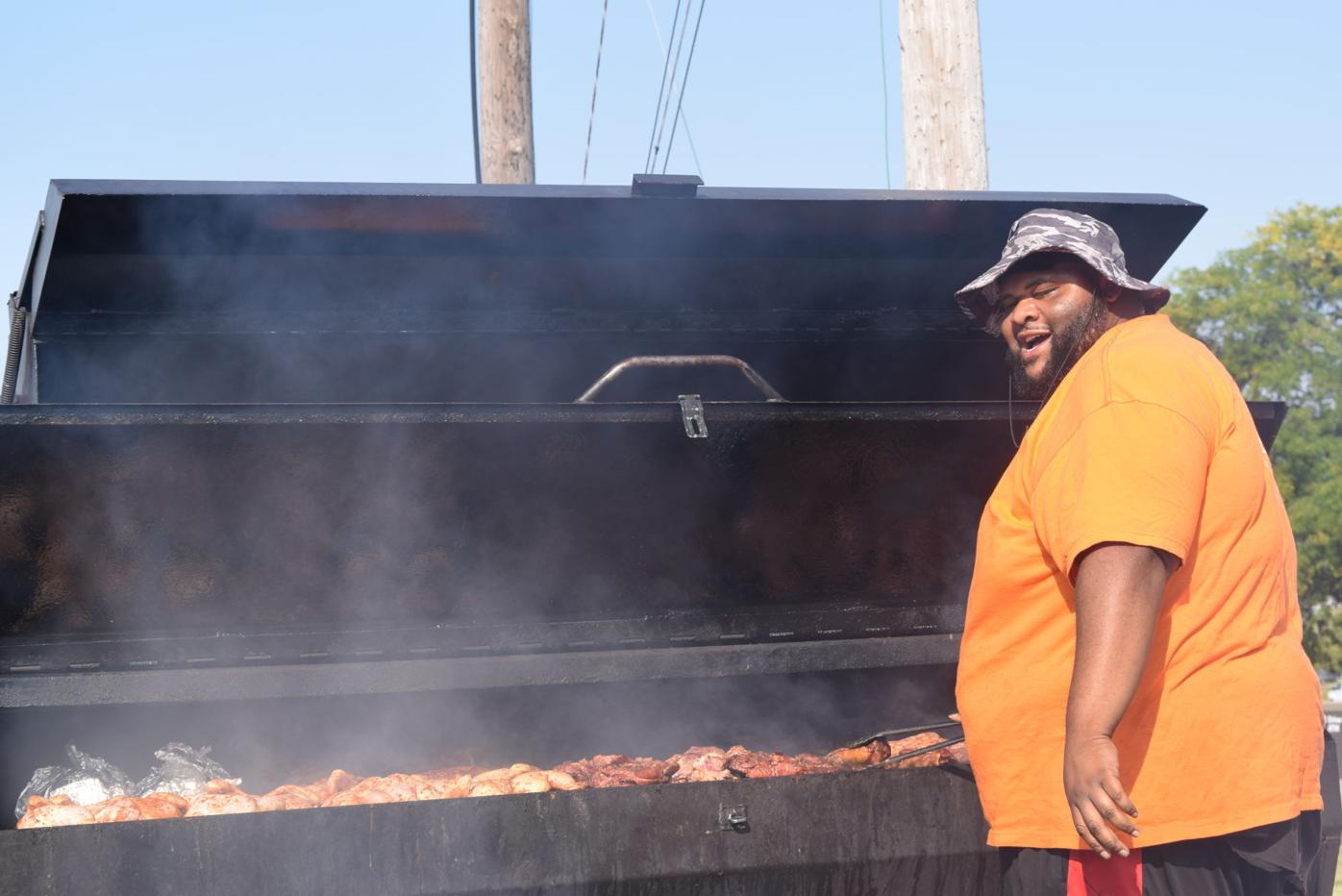 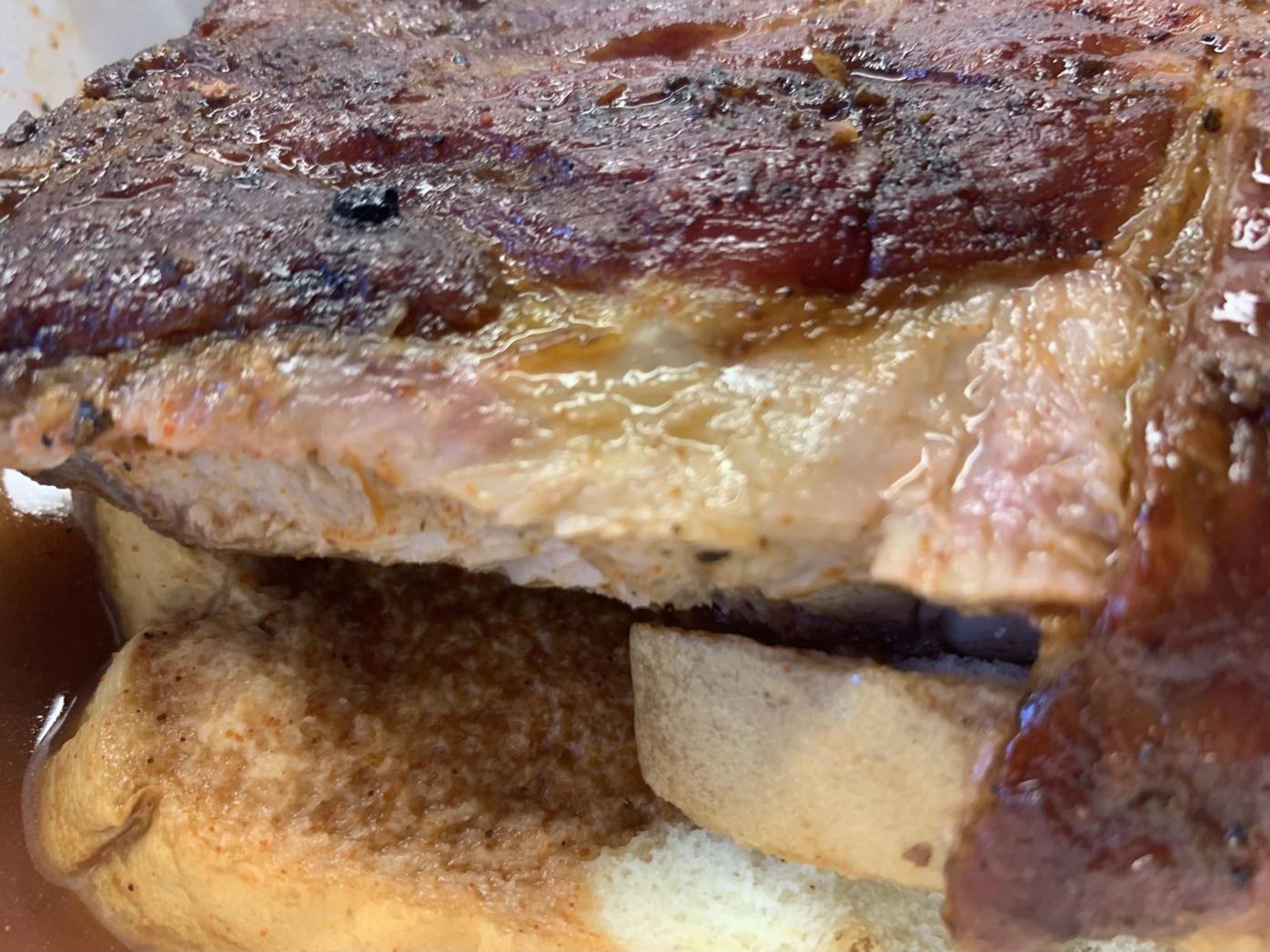 The quarter-slab of ribs with Brooks 2.0 sauce has a bit of bite to it. 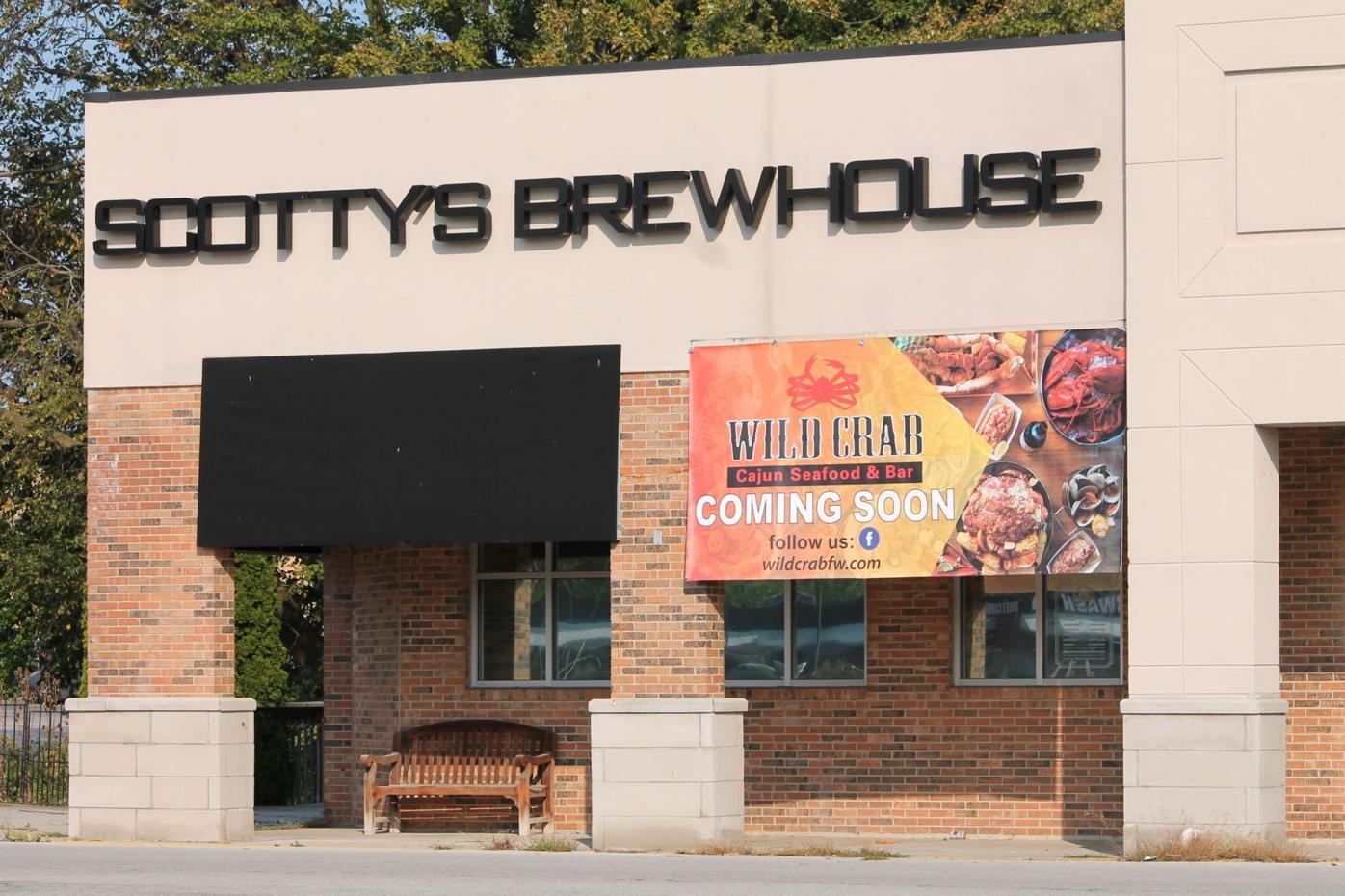 Wild Crab Cajun and Seafood Bar will be opening in the former Scotty’s Brewhouse.

The quarter-slab of ribs with Brooks 2.0 sauce has a bit of bite to it.

Wild Crab Cajun and Seafood Bar will be opening in the former Scotty’s Brewhouse.

A barbecue cook with a long family history in the business who made an appearance on “American Idol” is providing some extra fuel for customers at a gas station.

I was on my way to get tacos near our office when my little eyes spied the Brooks BBQ food truck at the Marathon next door. If I’d had my car window down I would have maybe smelled it at the office parking lot.

It took a while to get my order. Soon numerous vehicles were parked every which way as that vinegar-laden barbecue sauce wafted through the air and Marathon customers made their way to the pumps.

It was about 2 p.m. and the rib slabs were sold out, so I got the rib tips in the Brooks 2.0 sauce along with a side Grandma’s macaroni and cheese and the banana pudding. The pudding tasted great. The mac and cheese had a big dollop of cream cheese to its taste. I was missing the ribs, so when I saw Cam Brooks cooking Sept. 14, I made sure to get in line soon after 11 a.m. I finally got my ribs. The vinegar-laden bread that soaked up the sauce was a great treat.

Brooks’ great-grandmother bought a building on Winter Street that was first a laundromat before she turned it into an ice cream parlor in the 1960s.

“She had a food truck that would go and deliver sandwiches and chips and cookies and soda to all the local factories,” Brooks said.

“That’s how she ended up turning the ice cream shop into a restaurant,” Brooks said.

With that, Brooks BBQ was founded in 1966. Cam Brooks’ grandfather, aunt and father have run the business.

Brooks’ father, Jamal, eventually felt a calling to work in the church.

He remembers being 5 or 6 years old and flipping the meat. He started out on his own eight years ago by cooking food and selling it out of his one-bedroom apartment right out of college.

“I had no clue what I was doing nor did I have a clue about what I was getting myself into,” he said. “But I remember selling out of food the first time I (made) dinners” for a fundraiser.

Brooks, who’s an R&B and pop singer, wanted to raise money so his group could go on tour. He sold out of food in an hour, he said.

He sold out again last week. Planning to be at the Marathon 11 a.m.-6 p.m., he sold out before 1 p.m. so he’s been cooking chicken, ribs and tips pretty early to keep up with demand.

He and his wife, Brittney, have popular videos that started with his proposal while serenading her (actor and singer Tyrese Gibson was one of over 100,000 to quickly share it on Facebook). Their song and comedy videos draw people to support them, he said.

Brittney works alongside him by taking orders in the food truck. It’s been a struggle since the days of serving food from his home — getting some city fines along the way for doing it — to provide for this family, which now includes the couple’s two children.

“It took a little while,” he said. “I tell people, the stairs definitely take longer than the elevator but once you get to the top you appreciate it so much more. You’re so much stronger because of the effort it took to get there.”

He didn’t go far on Season 16 of “American Idol” in 2018, but he did pick up a new fan for his barbecue: judge Lionel Ritchie.

Wild Crab Cajun and Seafood Bar will be opening in the former Scotty’s Brewhouse in Covington Plaza at 6282 W. Jefferson Blvd., Fort Wayne.

Currently it’s remodeling and will be hiring staff in about 3 to 4 months, Lily Lam said in an email. The menu will be the same as South Bend’s restaurant, including clam chowder and lobster bisque soup, po’ boys, fried oyster and calamari baskets and snow and king crab legs.

It will have a full bar, Lam said.

A New York magazine piece gave a shout out to Vera Bradley in its Croc story, which calls the foam shoes “the unofficial clog of quarantine.”

The story links to www.zappos.com/vera-bradley-crocs, where you can buy the Classic Vera Bradley Clog Crocs in Ballerina Pink for $49.99 or $39.99 for the White background.